While scanning through some images, one of the shots that showed up in my catalog was an HDR processing of some shots of a US Army Chinook.  It had been processed with a plugin that I had previously experimented with.  I thought it looked over vibrant but I was impressed with the way the dark interior of the helicopter had shown up while the outside was also well lit.  I decided to have another go at processing the images. 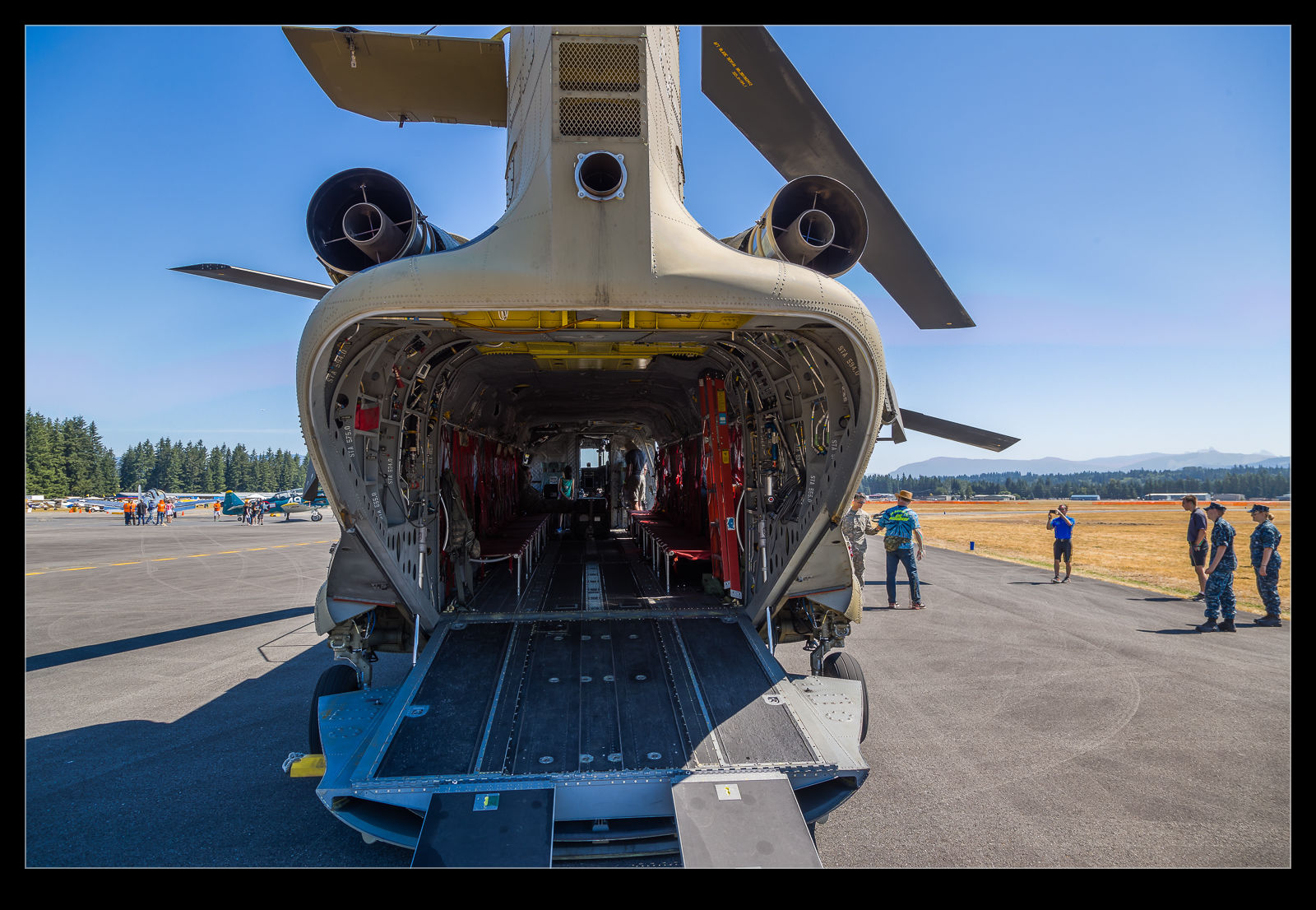 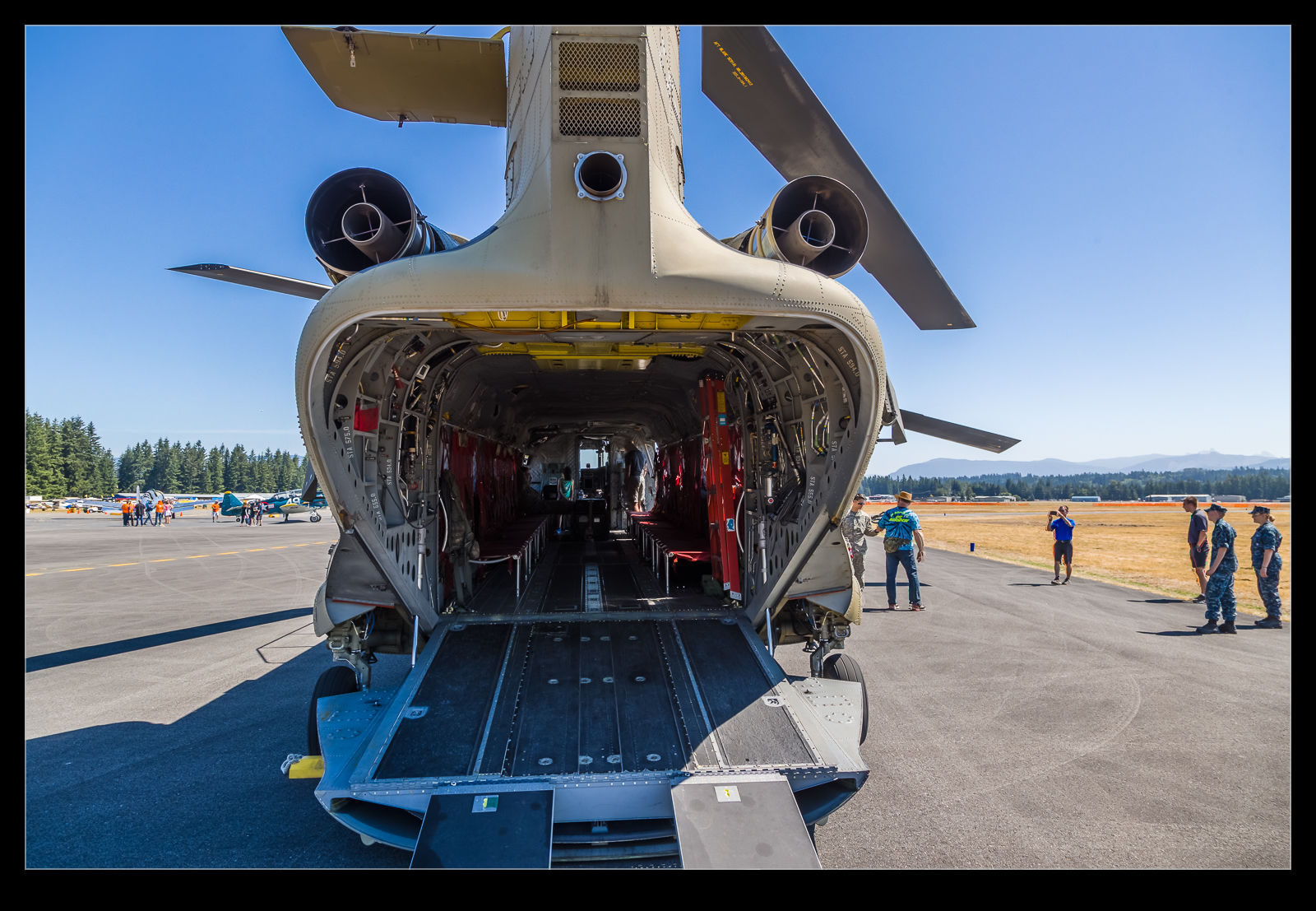 I used Lightroom initially to do the processing.  It came out surprisingly well and looked not unlike the outcome from the plugin.  However, there was some ghosting on people in the shot and there was a lot of chromatic aberration.  I have noticed issues with Lightroom making a worse job of it than Photoshop so I decided to try HDR Pro in Photoshop as well and use Camera Raw for tone mapping.  The outcome was very similar from an overall perspective.  However, the ghosting was virtually eliminated and the aberration was not apparent either.  It clearly is still a better bet than Lightroom.