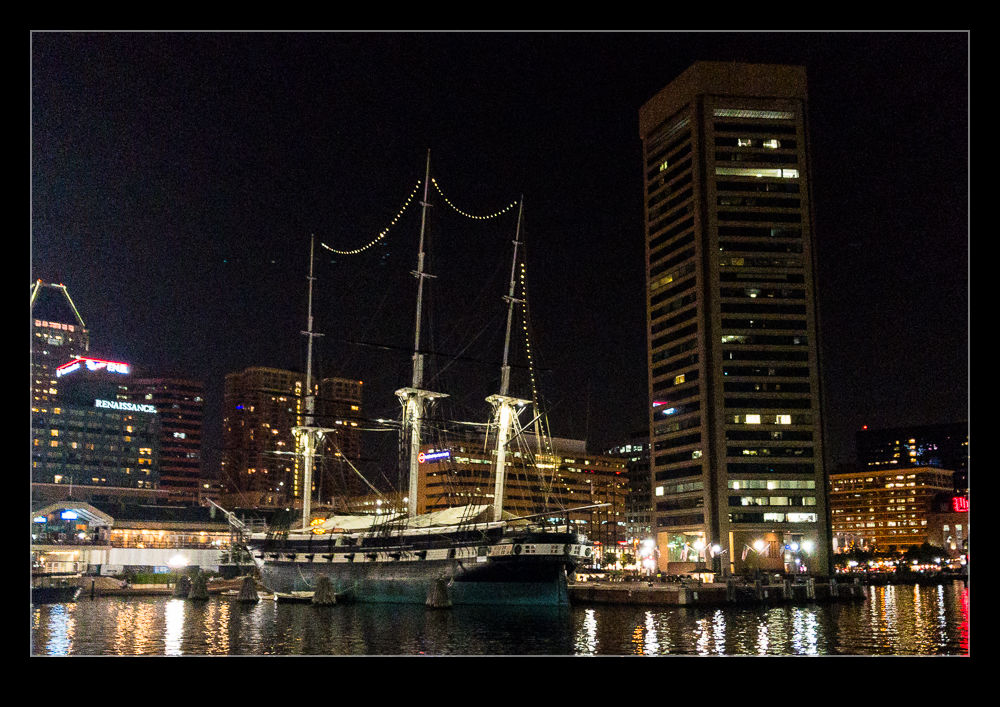 The USS Constellation is the last sail powered warship built for the US Navy.  She is now preserved in the harbor in Baltimore.  I saw her a few times from a distance while I was in Baltimore but I didn’t get a chance to take a shot until I was walking back from a reception.  By that time it was dark and, since I only had my phone with me, that had to suffice.  The phone on the camera has a wide angle lens so, even though we were quite close, the ship is a little small in the original shot.  However, she still looks pretty impressive.  I imagine she would have looked even better when under sail!