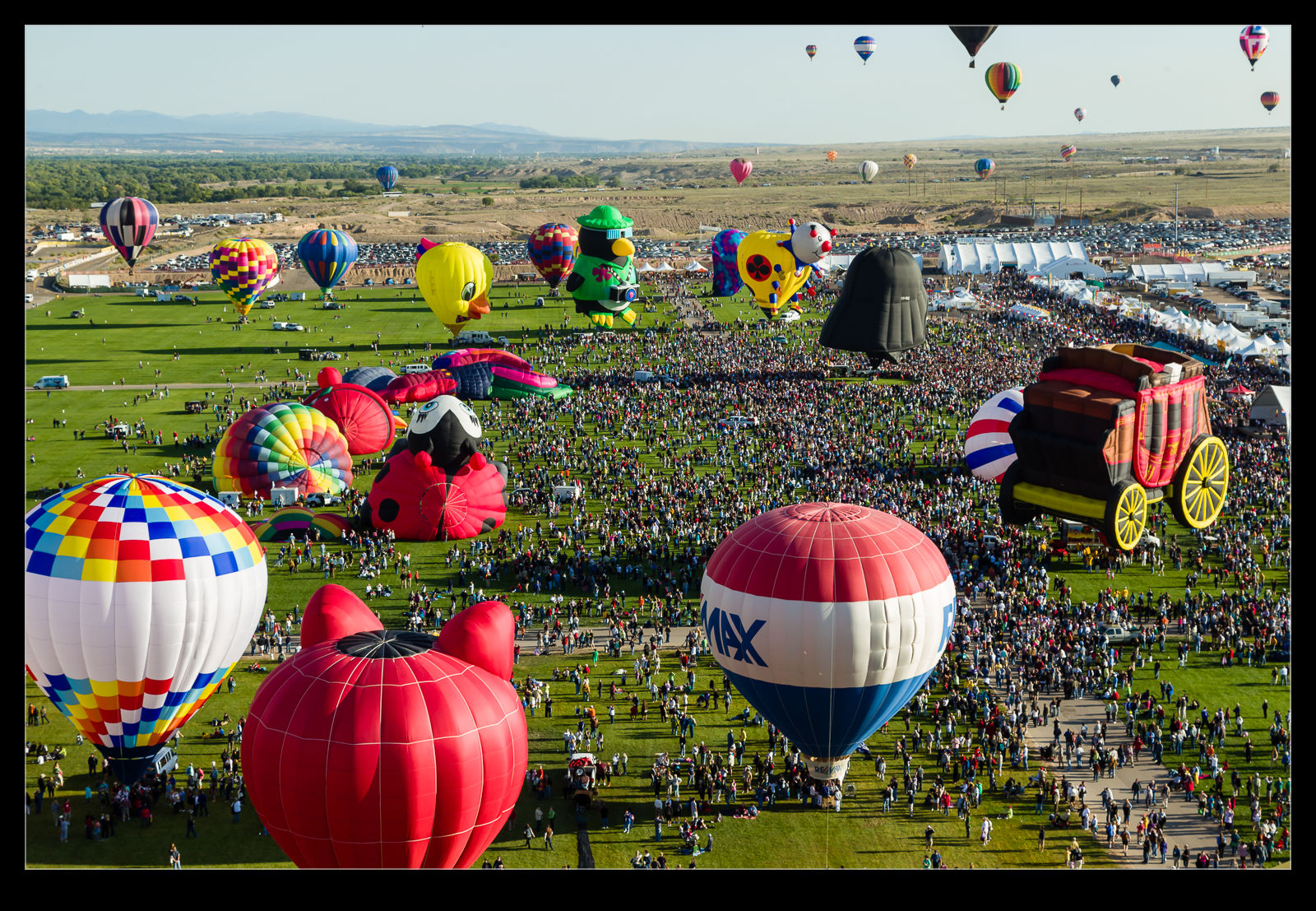 My visit to the Albuquerque Balloon Fiesta was for an article I was going to write and, since I was there on a media pass, the organizers made a flight available.  I didn’t know who I would be flying with until close to the time but the opportunity was one I was really excited about.  When the time came, I was set up with a balloon crew from near Ottawa in Canada.  The pilot spoke mainly French with very little English but we managed to find a way to communicate well anyway.  Nancy was able to hang out with the ground crew. 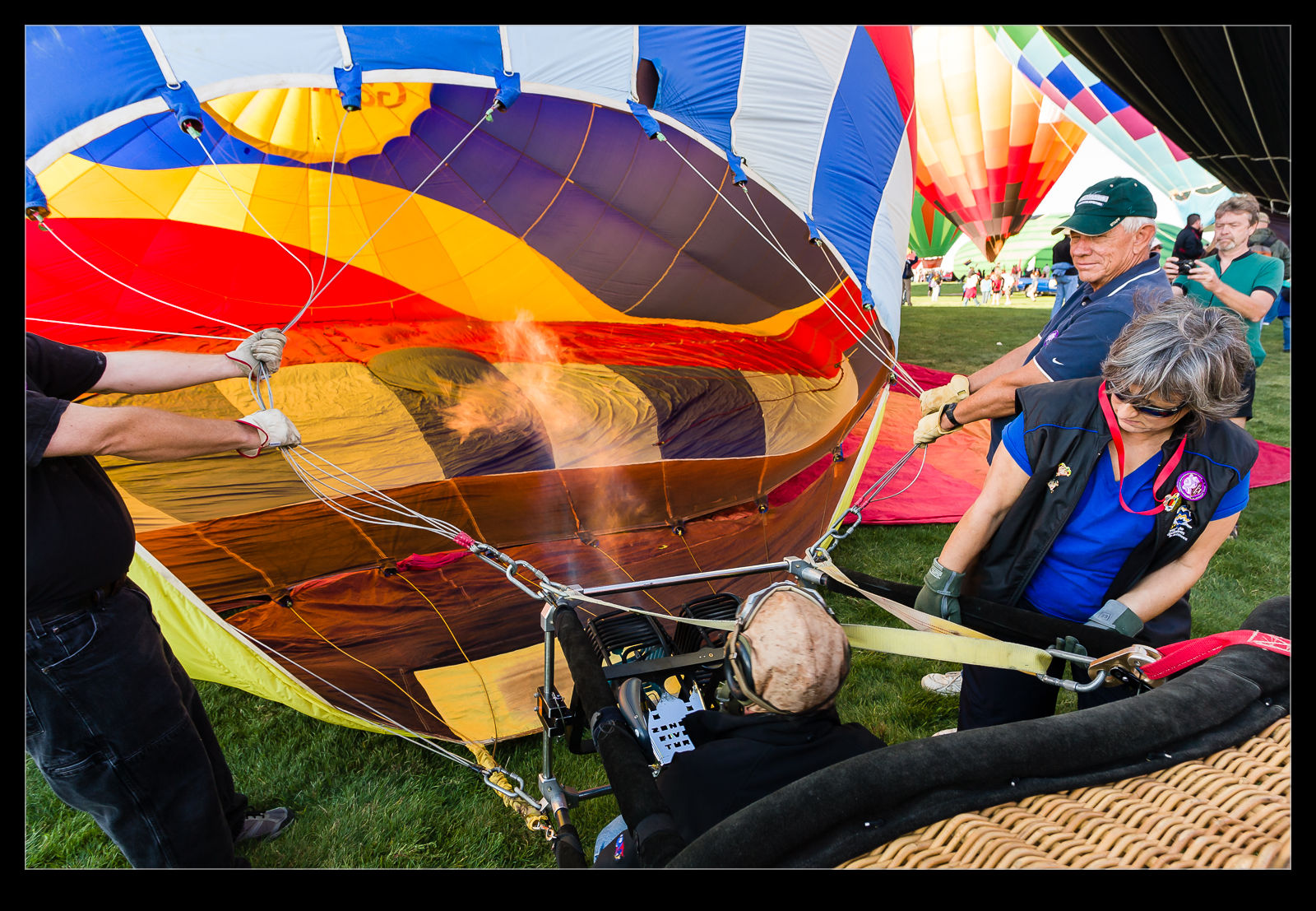 I asked what I could do to help but they had things well sorted out and I was likely to be a hindrance rather than a help.  Besides, it did mean I could photograph everything that was going on.  The inflation of the envelope and then heating it up and getting it upright was great to see close up.  Then it was time to climb onboard and await our designated takeoff time. 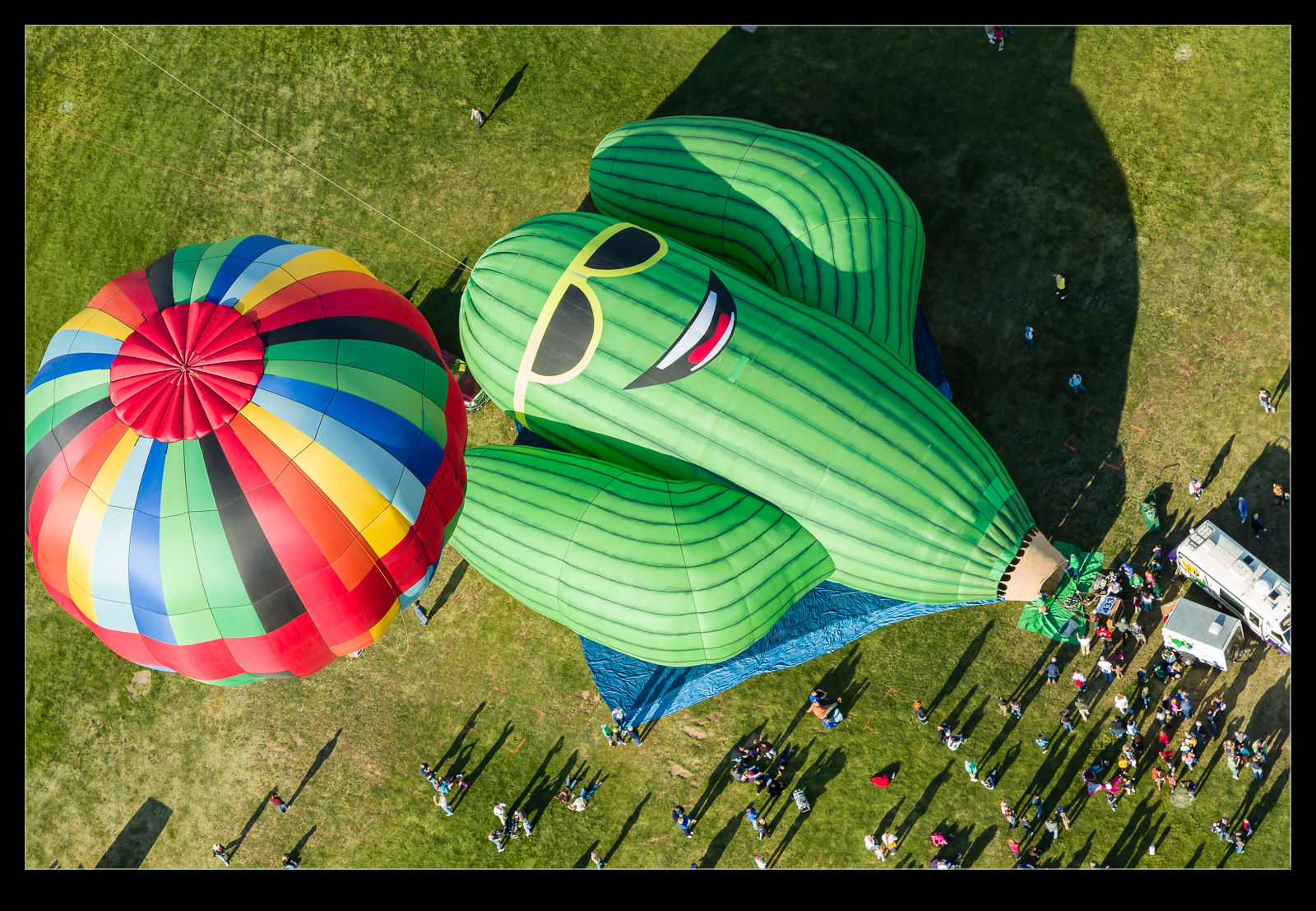 When the wind is blowing in a certain direction, the balloons will fly off towards the river and is is common for them to drop down to the water and touch it with the basket before lifting off again.  I was hoping that this would be something we could do but the winds were not coming from that direction on this occasion.  Instead, they were doing something that is not uncommon at Albuquerque but is actually really cool. 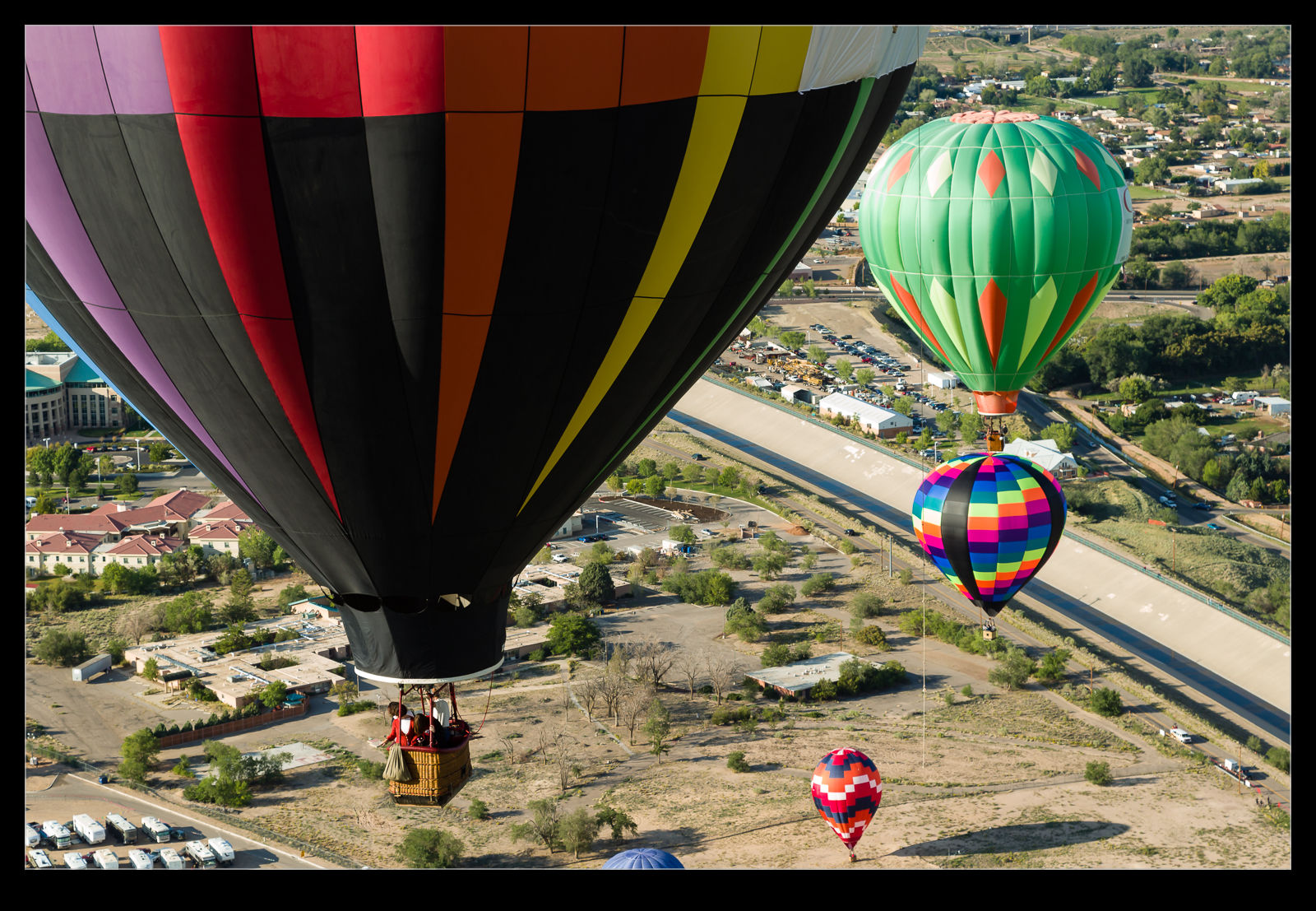 The field is aligned north to south and, when the wind is blowing the right way, something they call the box is formed.  At about 1,000’ the wind is blowing north to south but, at about 2,000’ it reverses to south to north.  Consequently, you can climb up to 1,000’ and head south for a while before climbing up to 2,000’ and reversing course.  Once you get far enough north, you can descend and repeat the whole process. 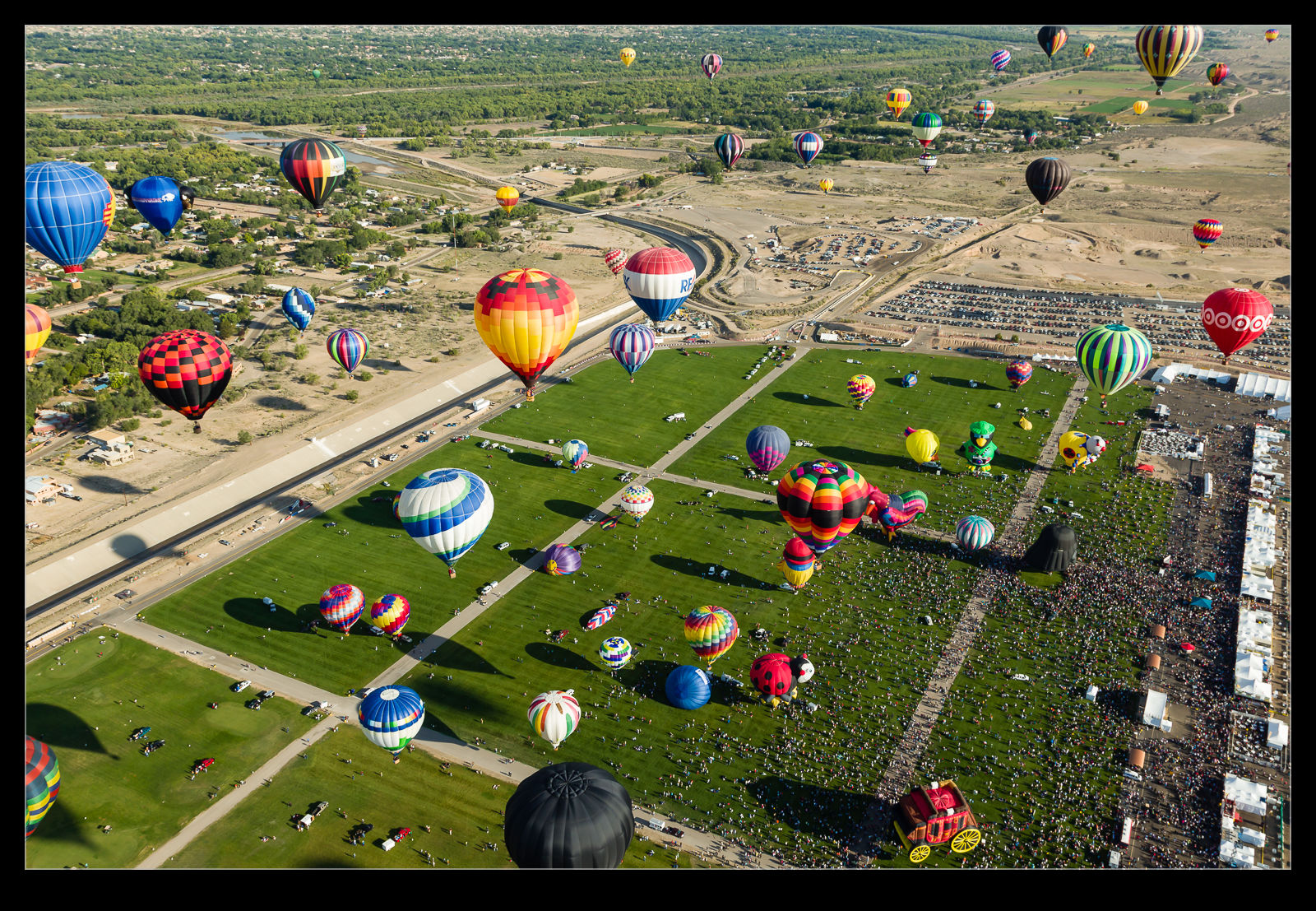 Having never flown in a balloon before, I knew little about the process.  You can’t see upwards because the envelope is above you.  However, you can see sideways and down very clearly.  Therefore, the balloon above is responsible for maintaining separation from any balloons below.  We were all required to keep an eye on everything around is to be sure we stayed suitably separated.  Looking directly down on balloons with the ground behind them was something I found really cool. 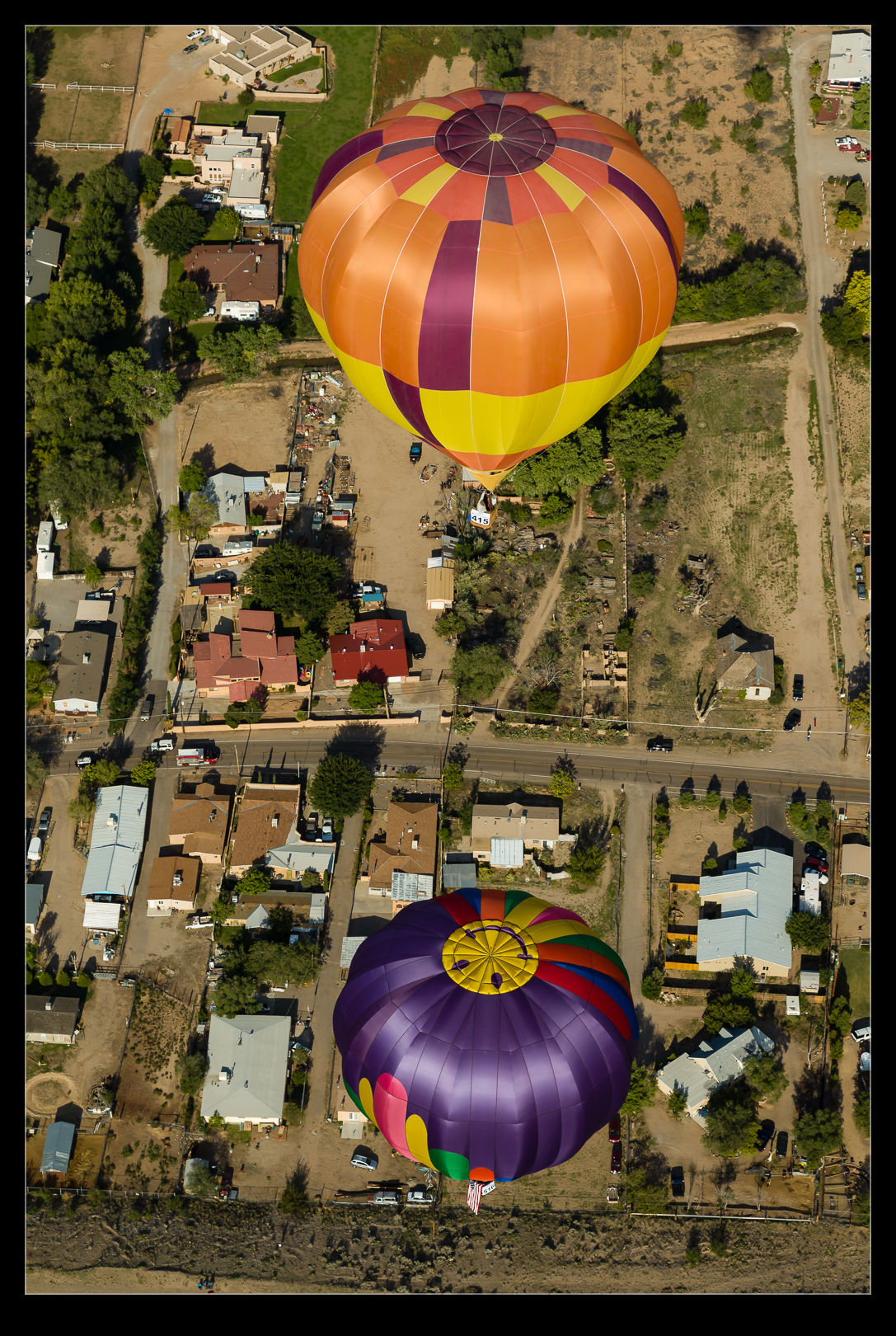 The other thing I wasn’t prepared for was how quiet it was.  Sure, when the burner fires, the noise is loud.  However, most of the time you are drifting along with the wind so there is no breeze and everything feels remarkably still.  The main noise is other people’s burners or the conversation in the baskets nearest you.  You can hear a lot of other chatter.  It is a very peaceful experience and the views are lovely.  No windows between you and the view so a totally immersive experience. 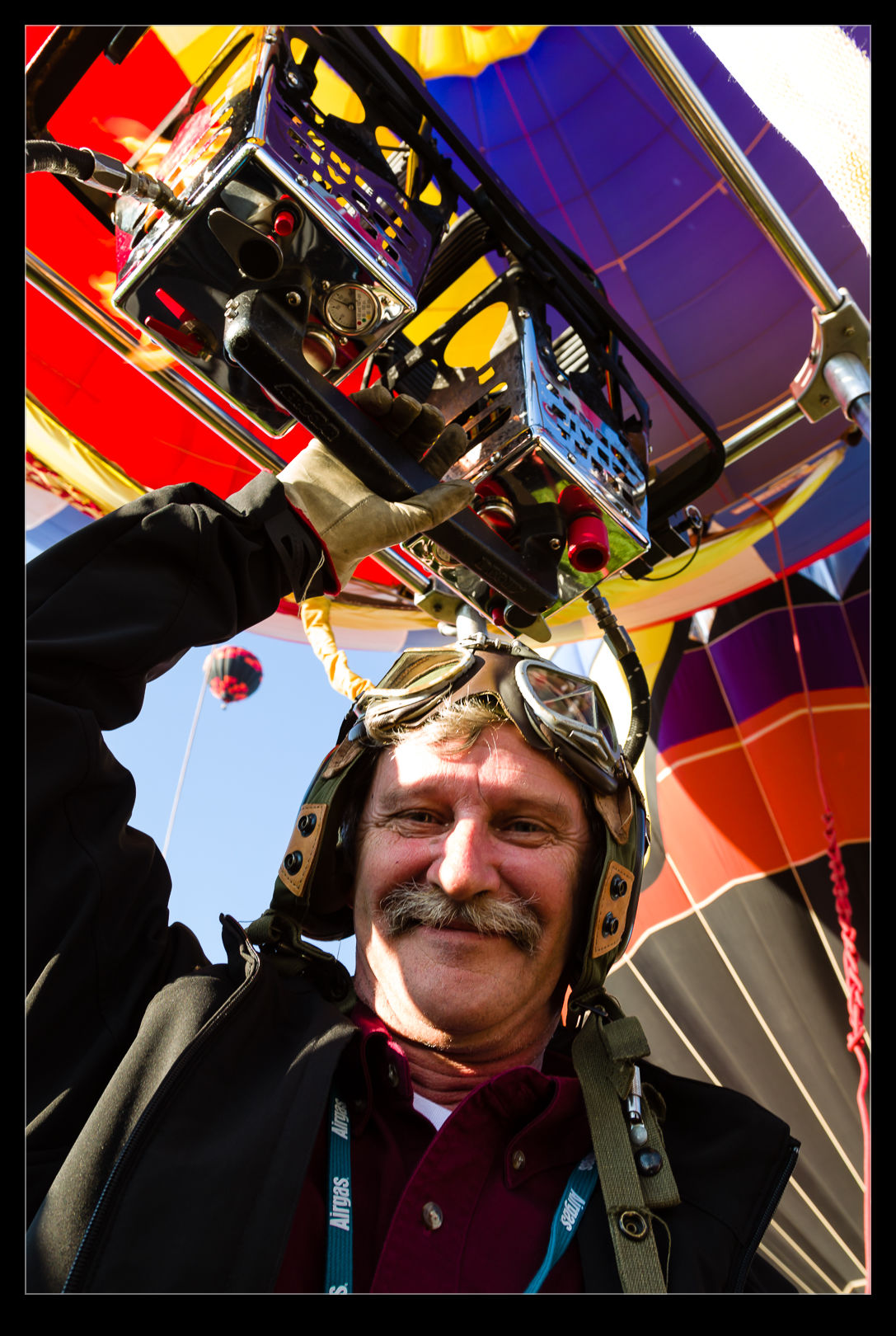 After making our way around the box a couple of times, it was time to land.  Normally a balloon flight involves the ground crew tracking you across the sky and aiming to get to your landing zone when you do.  Flying the box meant we were able to land about 50 yards from where we had taken off and they could just wait for us to come back.  We drifted back down and touched down without any issues and it was time to jump out and let them deflate the envelope (which happened surprisingly quickly). 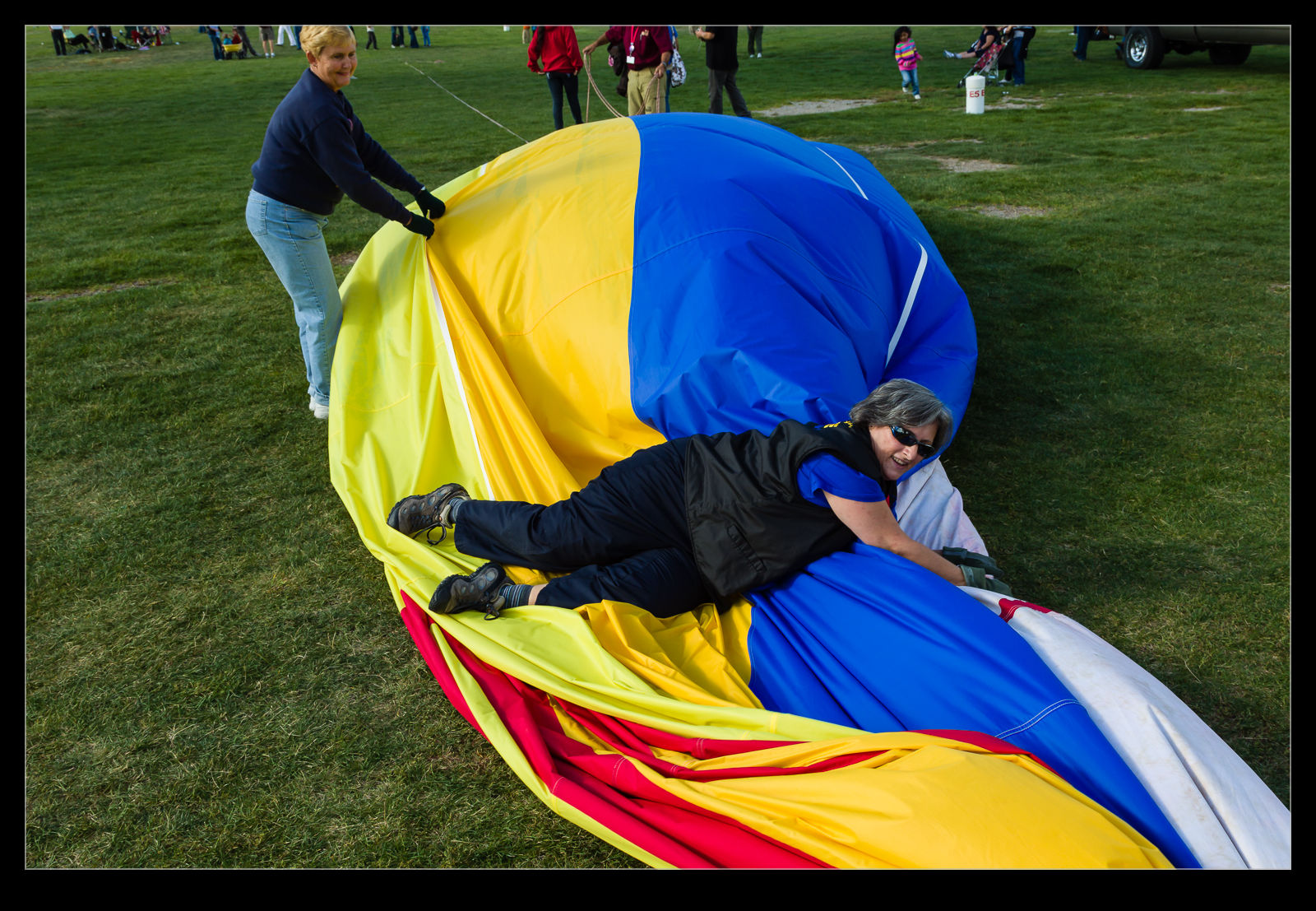 This is, so far, my first and only balloon flight.  I would be very happy to do it again.  I am not so sure that I would want to be in one of the large balloons that we see flying around here with big baskets to carry lots of passengers since that might feel slightly less relaxing but I would like to go again at some point. 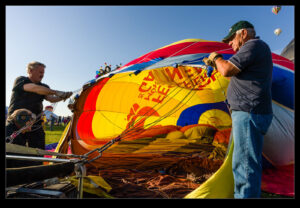 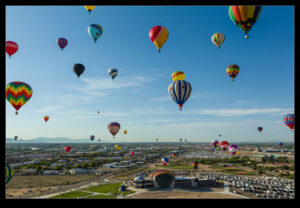 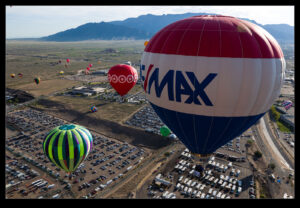 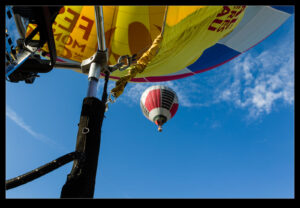 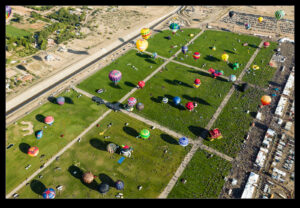 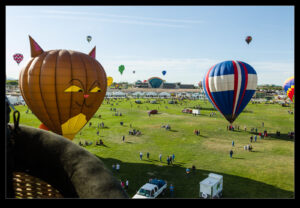