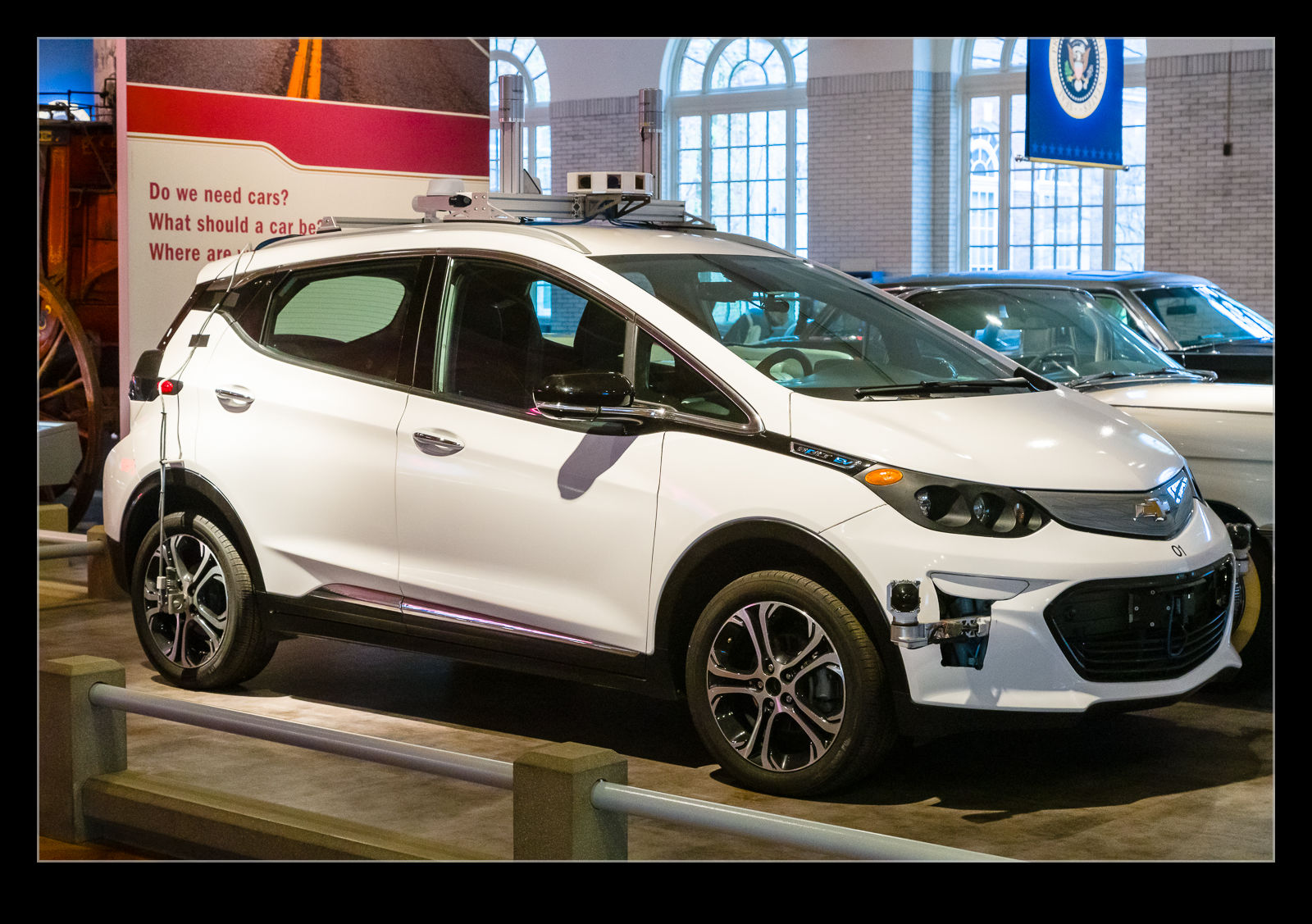 The Chevy Bolt is not the sort of car that would normally grab my attention.  This one did though.  It was at The Henry Ford (even if it is a Chevy) and it is tricked out with all sorts of sensors.  I assume it was some sort of development tested for automated vehicles.  I could have made the effort to go and read whatever was written next to it but that seemed far to much like hard work.  I guess I am the sort of person an automated vehicle is designed for if I can’t be bothered to even do that! 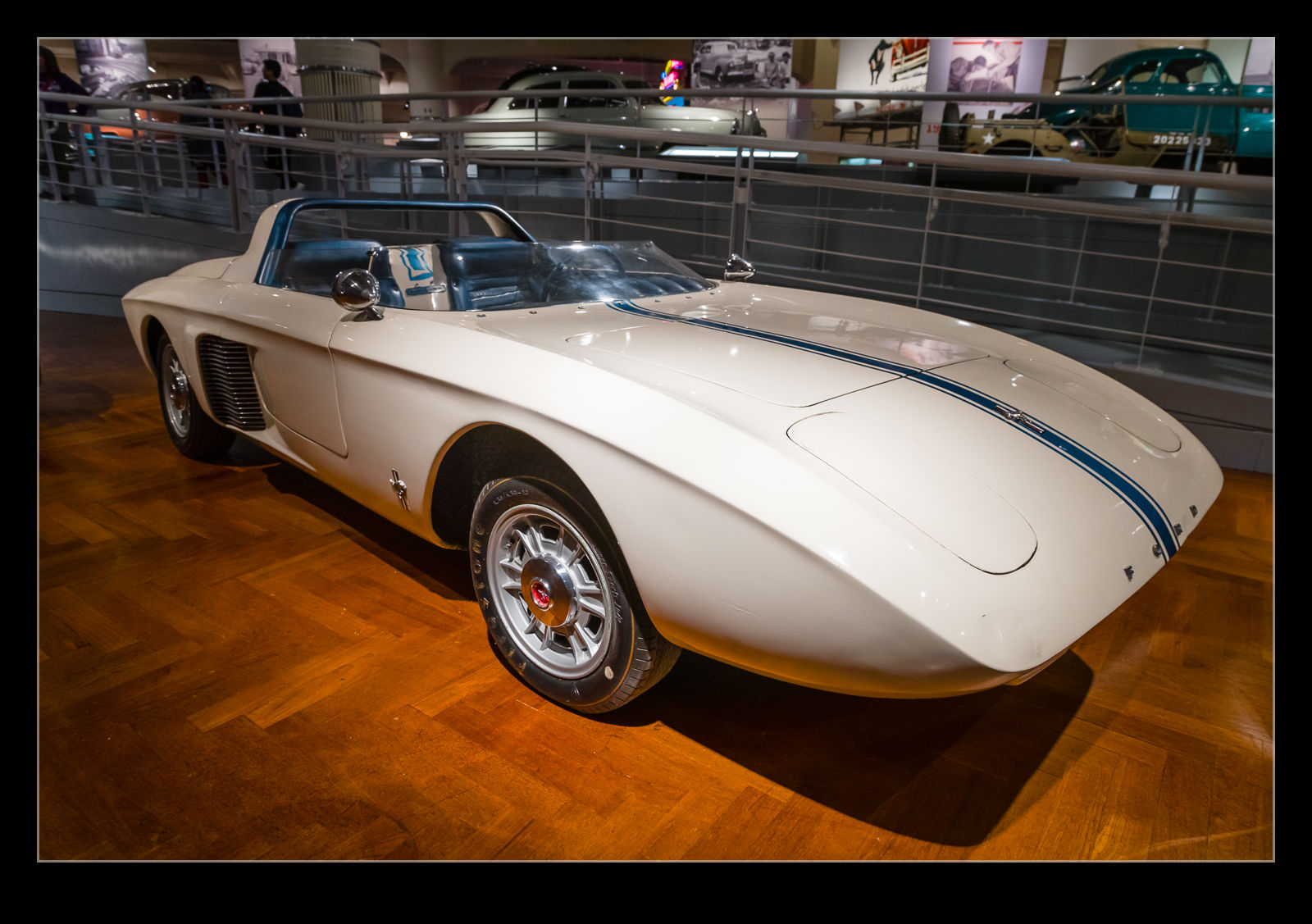 Since The Henry Ford is a museum founded by a Ford, it is no surprise that they have some significant Ford vehicles on display.  This includes the number one Mustang.  It looks quite different from what followed it, an example of which is not far away on the display.  It seems quite light and small compared to what followed and definitely compared to the current incarnation (like the pun?).  It’s is always cool to see something that is historic, irrespective of what the subject may be.  This one definitely led to an iconic brand. 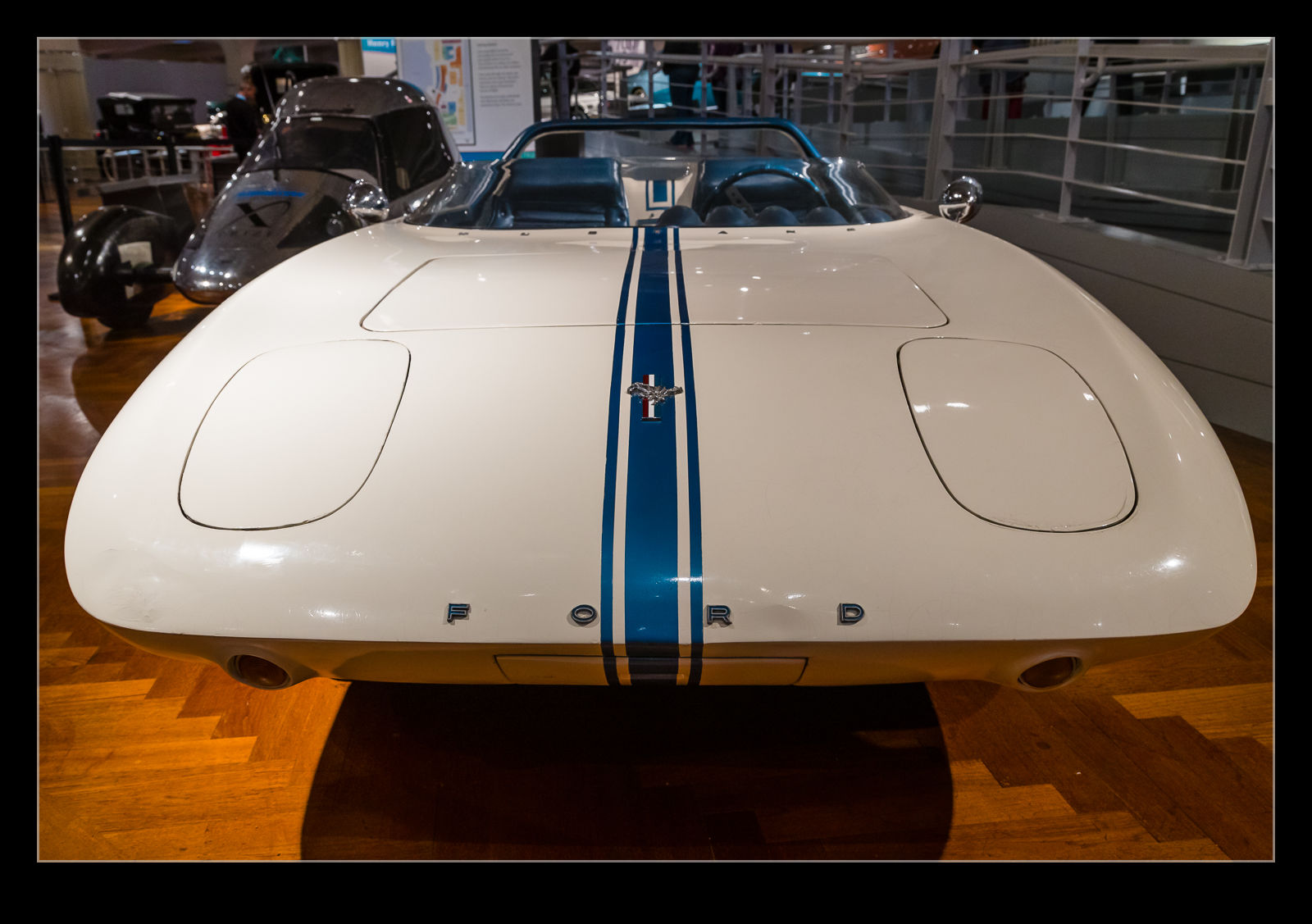 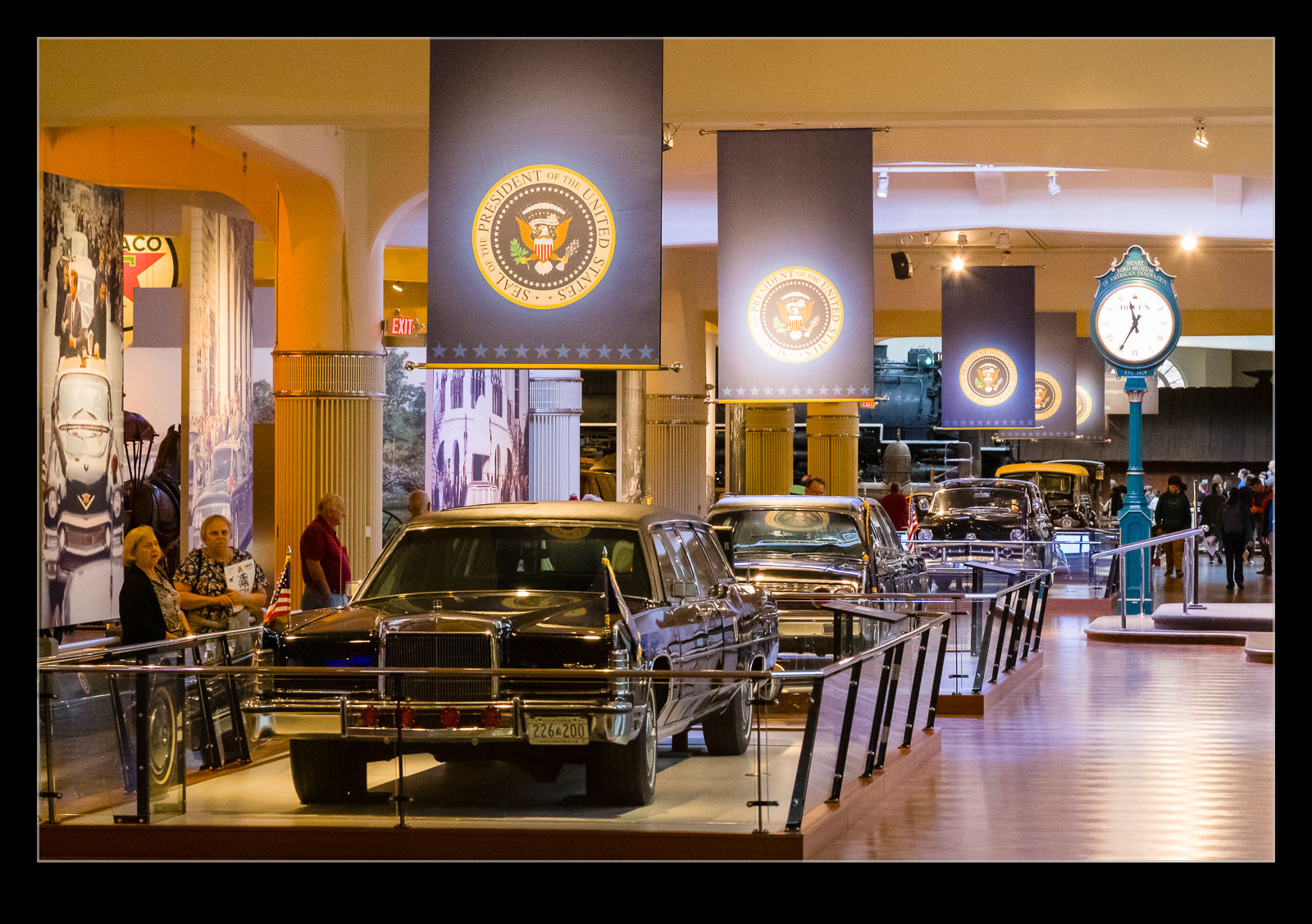 The Henry Ford includes a selection of presidential automobiles.  These all seem to have been Lincolns, unlike the current vehicle which is a Cadillac.  While the style has evolved over time, there are common themes.  The need to be seen and the requirements of the Secret Service to ride along show on the cars.  The most recent Lincoln was the car replaced by the current vehicle.  It has a folding rear bumper that agents can stand on and a pop up handrail for the them to hold on to.  The older vehicles have less of a security element.  The assassination of Kennedy changed all of that of course. 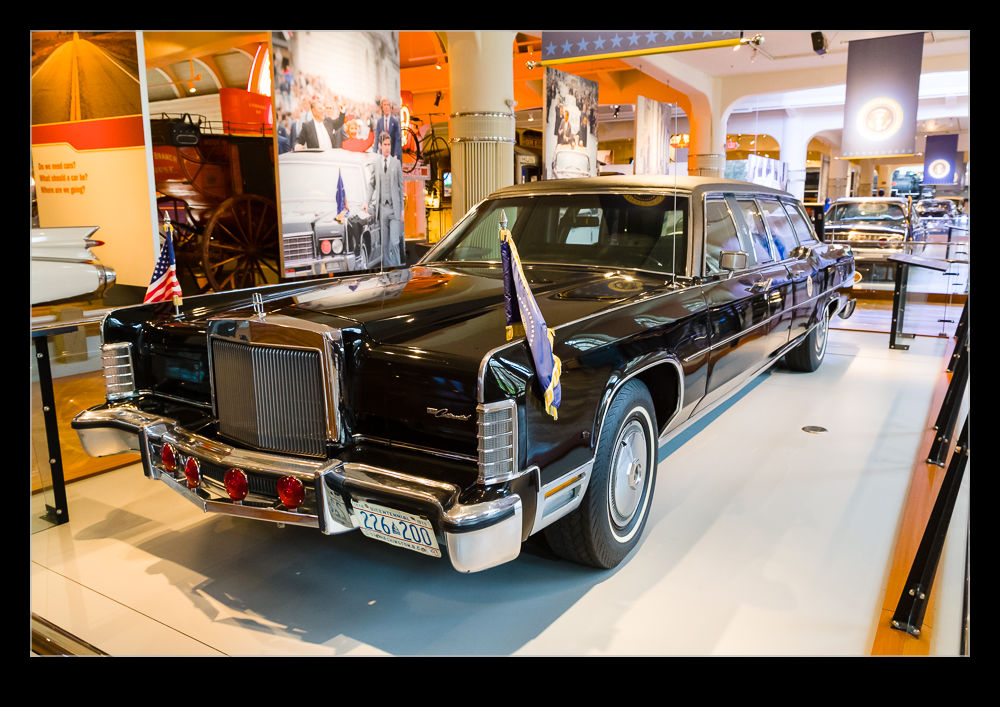 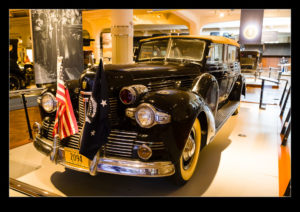 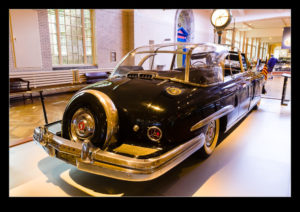 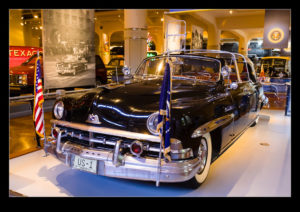 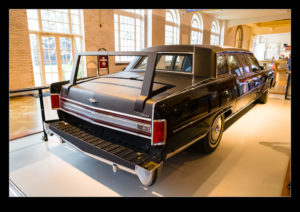 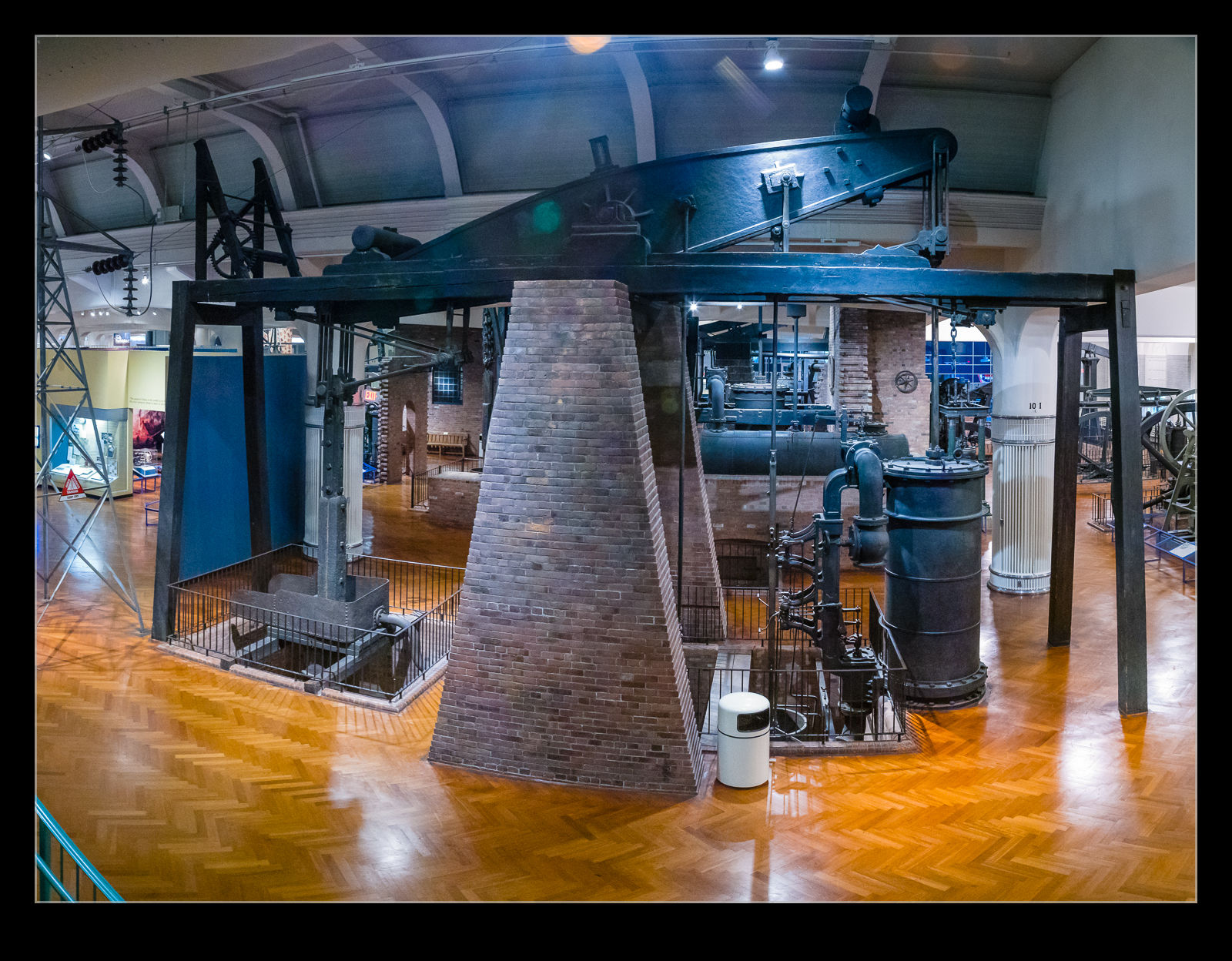 We headed to Michigan for a family event recently.  We had a little time to spare and decided to check the Henry Ford (apparently it doesn’t have museum in the name but that is what it is).  The museum complex includes many elements including a village and tours of the F150 factory but we only had time to try out one so we focused on the main museum building.  As it turned out, we had way too little time to even do that justice.  As is often the way with us, we spent plenty of time in the earliest elements and then were rushing to see the rest when time ran out. 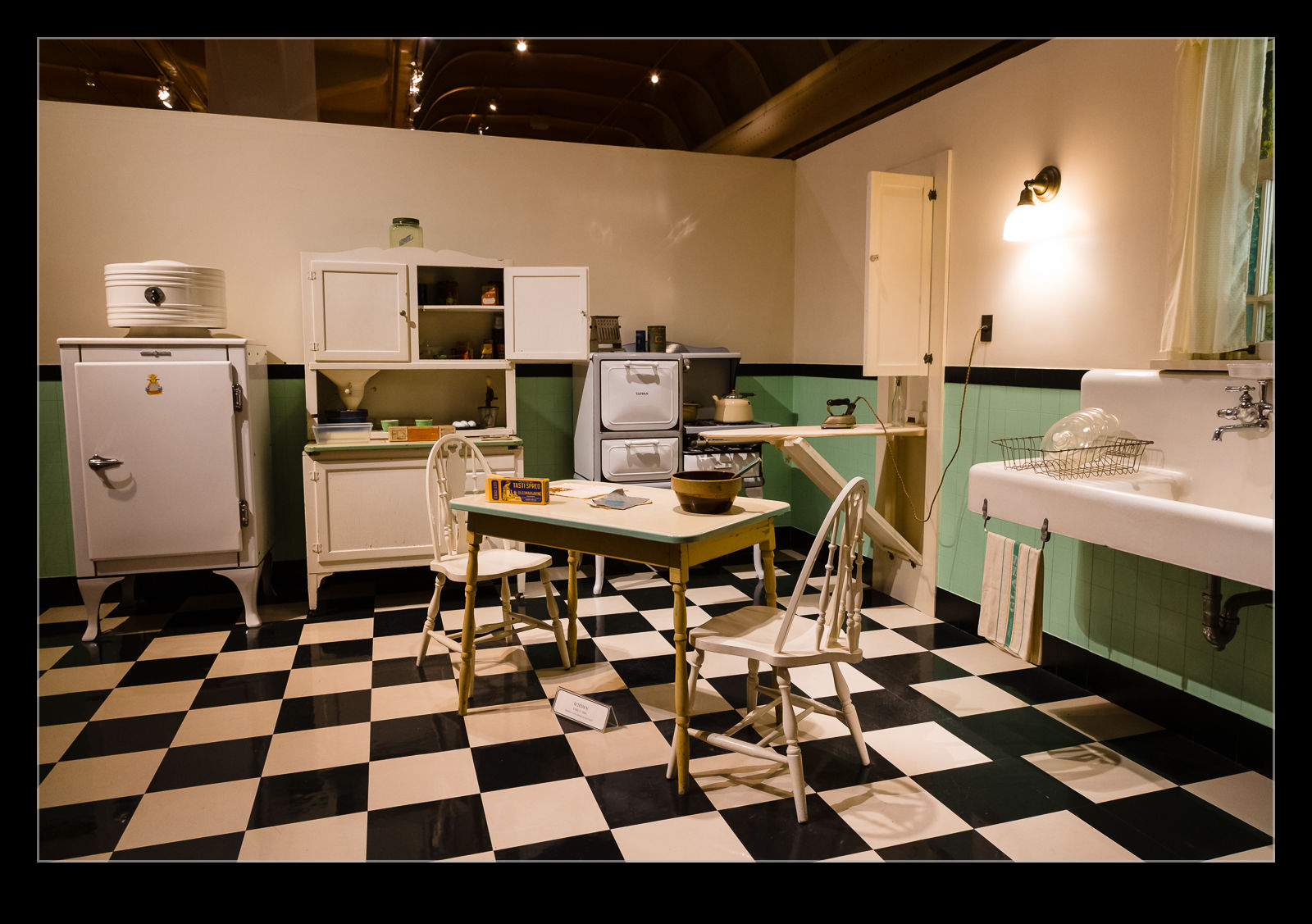 The museum is an eclectic mix of different themes, some of which will get their own posts.  It included elements about the industrialization of the country, sections on how homes had developed, examples of furniture styles, many different cars (no shock there given where we were), aviation, rail transportation, math and science and so on.  I have no idea how much of it we didn’t even see.  With time ticking, we had a frantic last few exhibits!  I could easily have taken a full day to check everything out.  With the village next door not even looked at, we had plenty left. 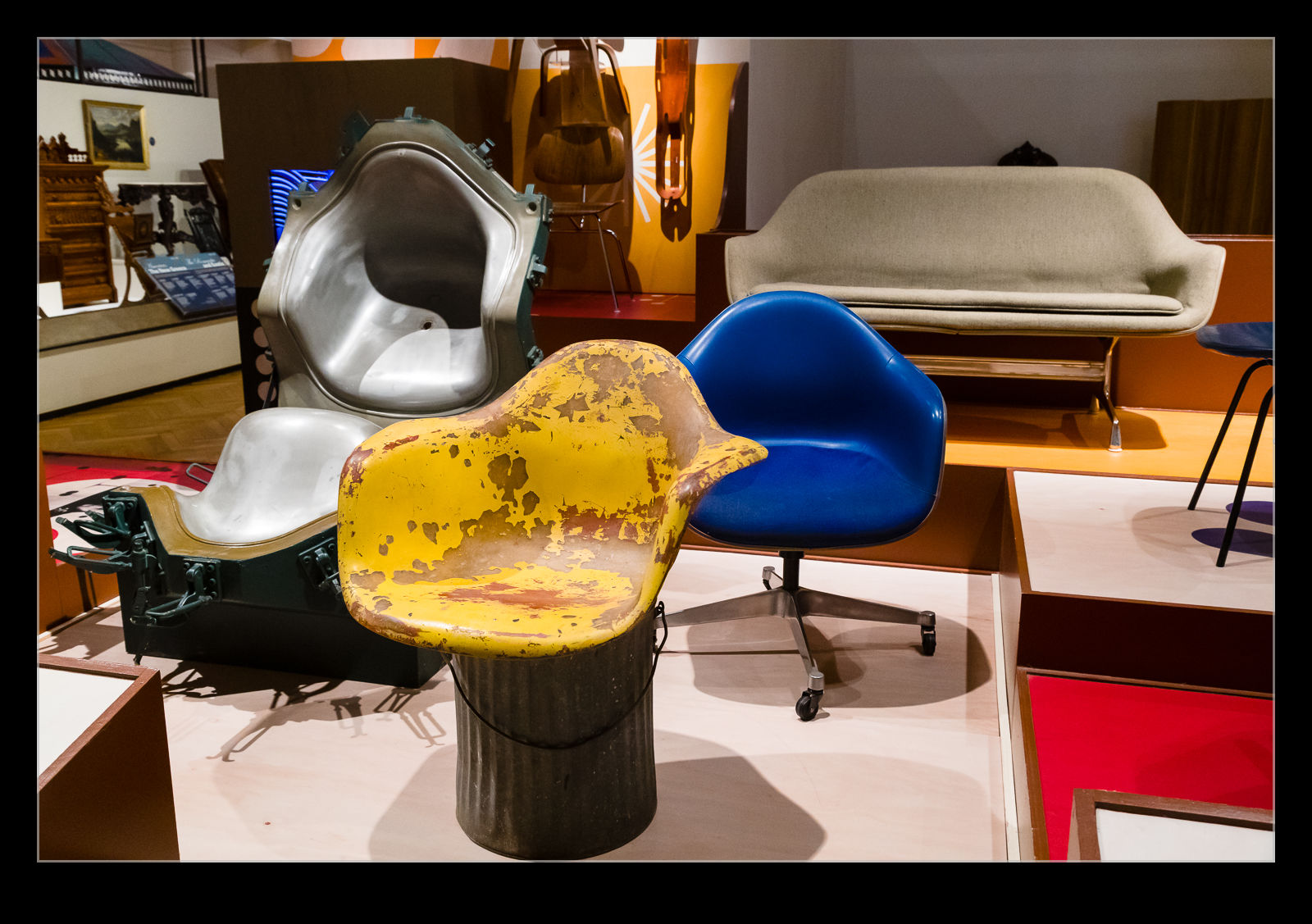 These types of museum have a difficult challenge.  They curate a bunch of old items and new ones to provide a comparison.  Of course, the newest ones are soon dated and there is a need to bring ever more in to provide some modern relevance.  They seemed to have done a pretty good job of meeting this need.  As we wrapped up and headed on our way, we were left contemplating how we had missed out on making a trip here when we lived in Chicago and this would have been a simple journey to make.  I don’t know whether I will ever get back to the area but, if I do, I shall make an effort to go back and give it substantially more time! 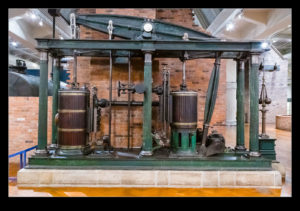 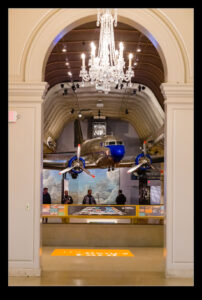