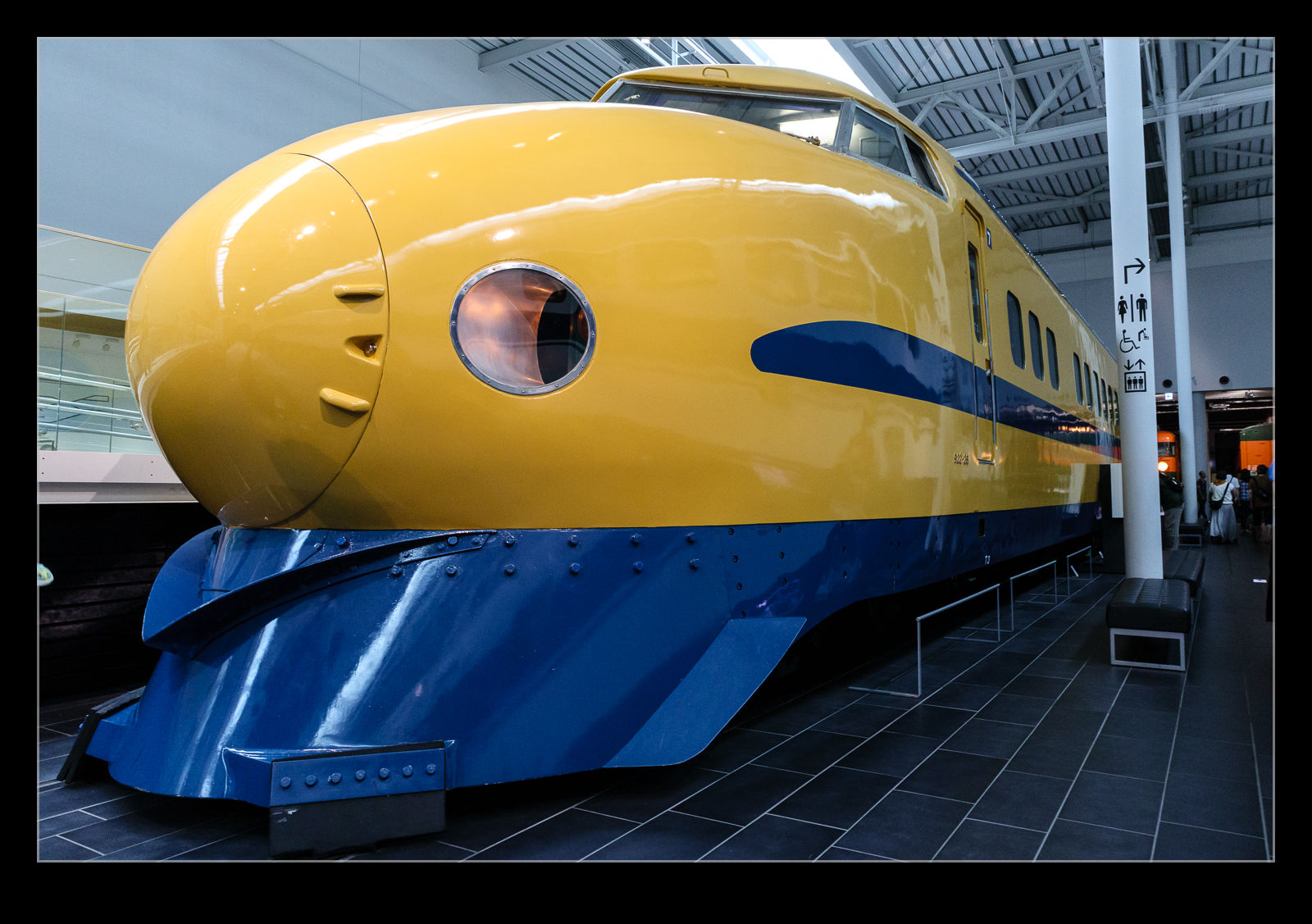 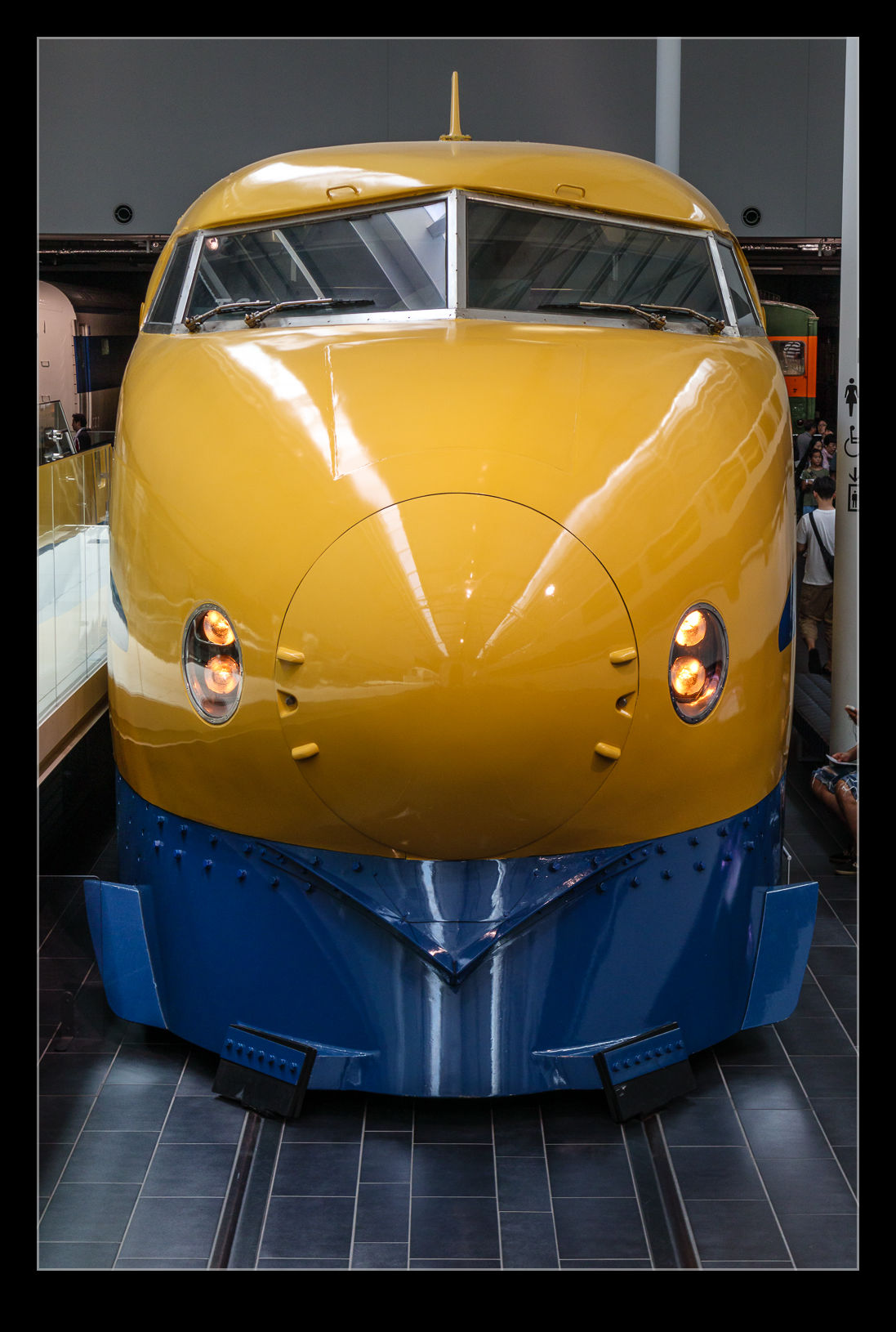 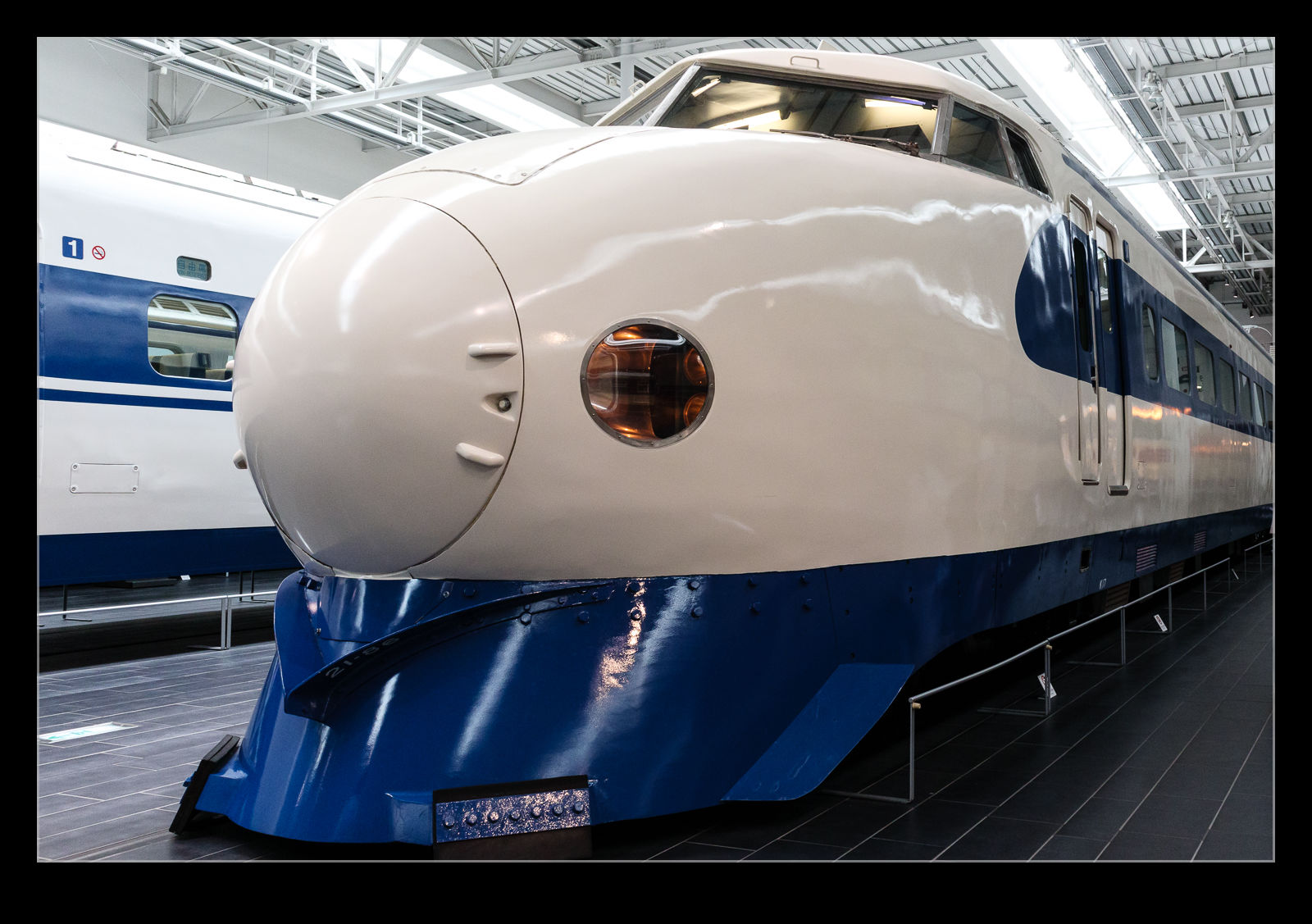 The Japanese Shinkansen trains introduced in the 1960s became known around the world as bullet trains.  The shape of them was well known, often photographed with Mt Fuji in the background.  While other countries developed high speed rail, the Japanese bullet train was often the first one people would associate with the topic.  These first trains are known as the Series 0.  There have been several iterations of design since.  However, the Series 0 is still very recognizable to me and probably others of my generation. 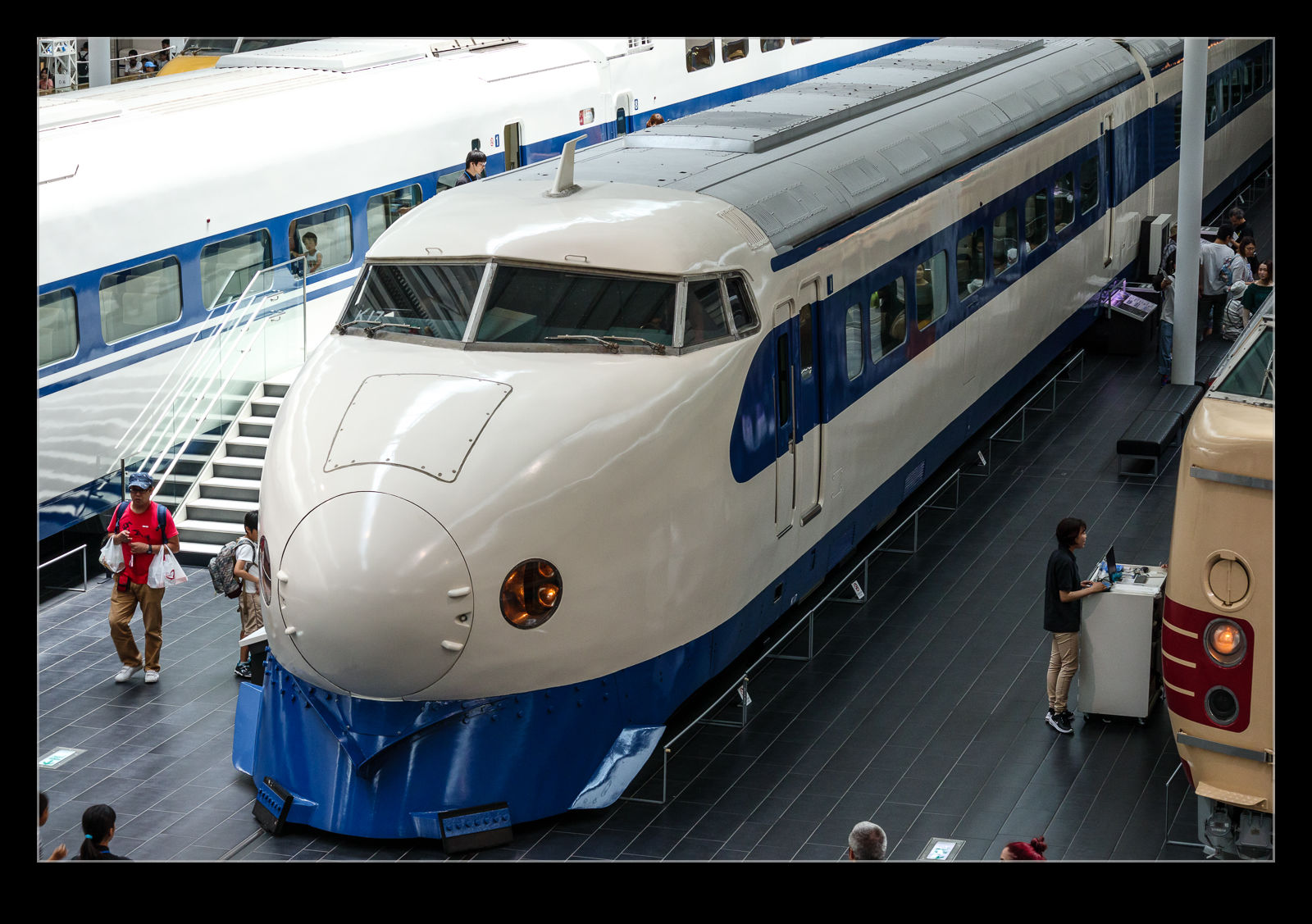 I had seen a Series 0 vehicle once before.  I visited the Nippon Sharyo factory is Toyokawa many years ago and they have a cab vehicle on display by the main gate.  Sadly, I wasn’t able to get a photograph of that then.  Seeing an example at the SC Maglev museum was my second opportunity.  It was displayed alongside a number of the more recent iterations of the Shinkansen but, judging by the number of people taking photos of it, it still has a strong level of recognition. 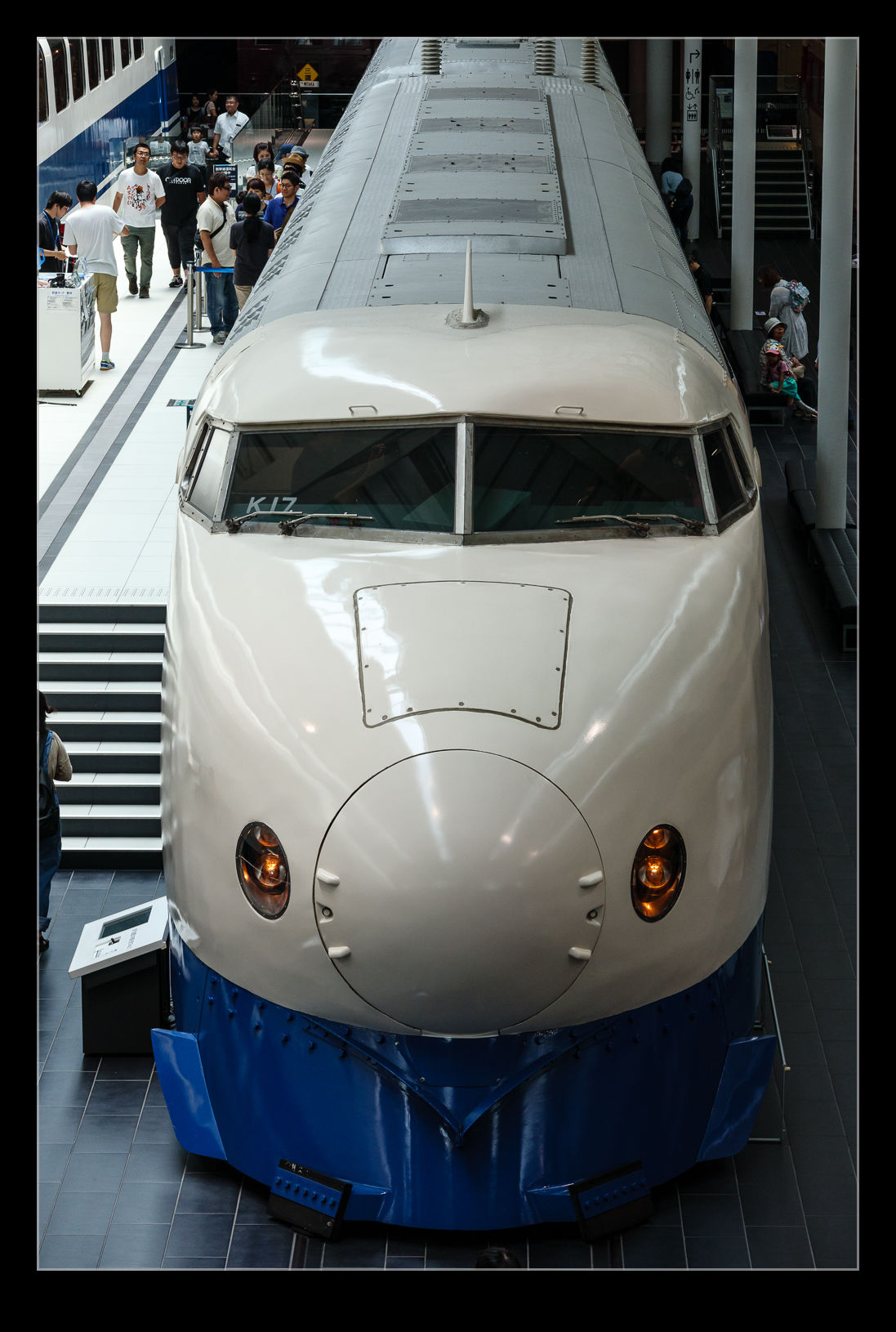