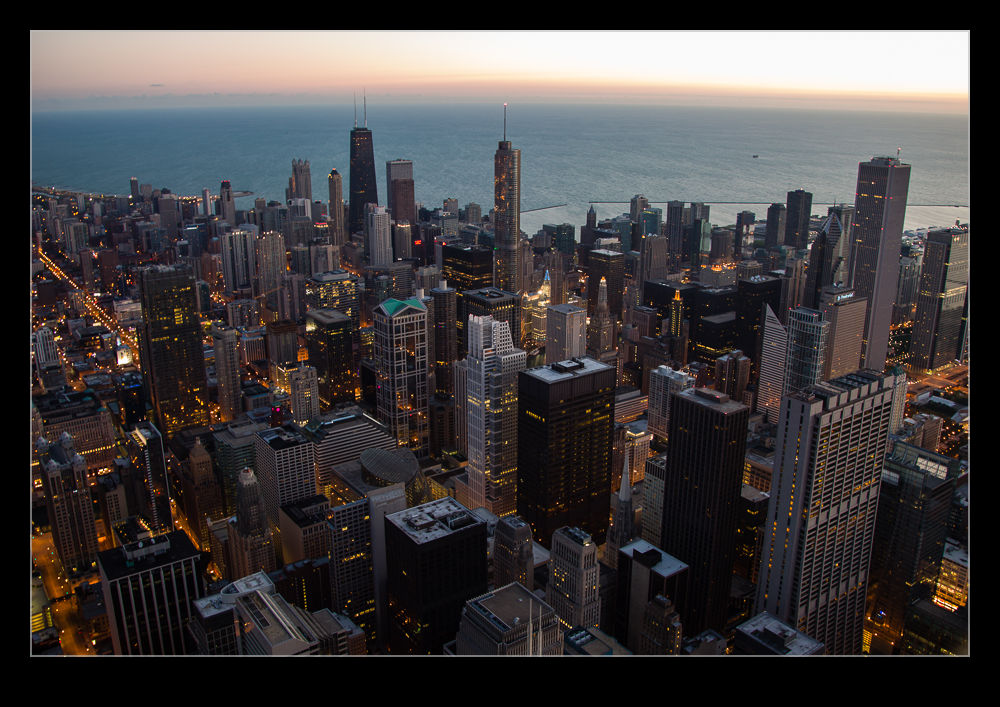 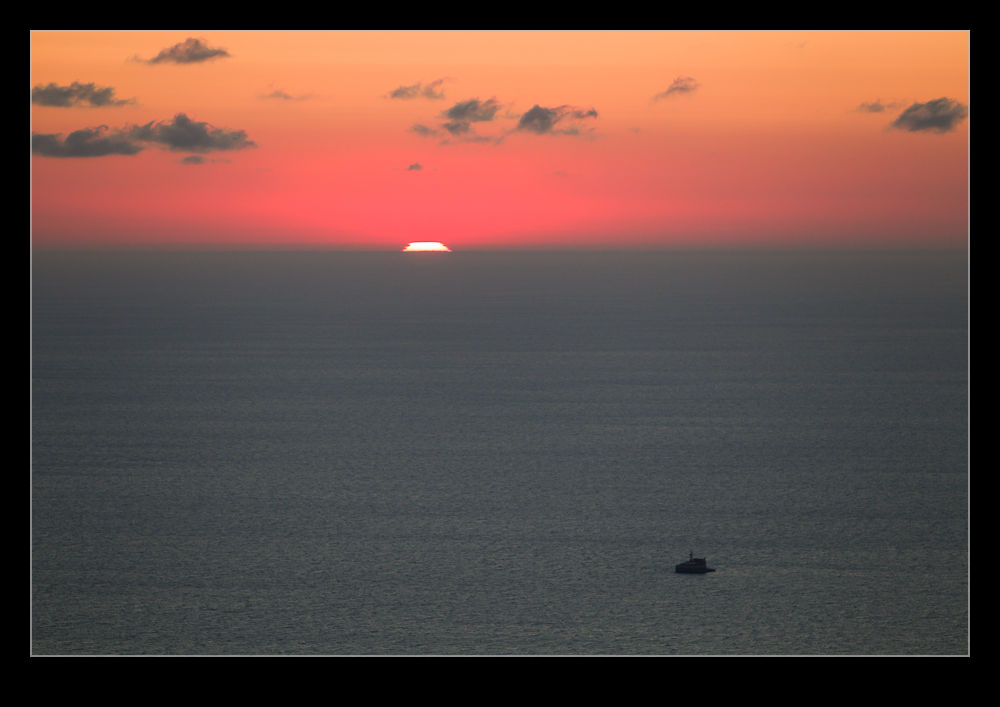 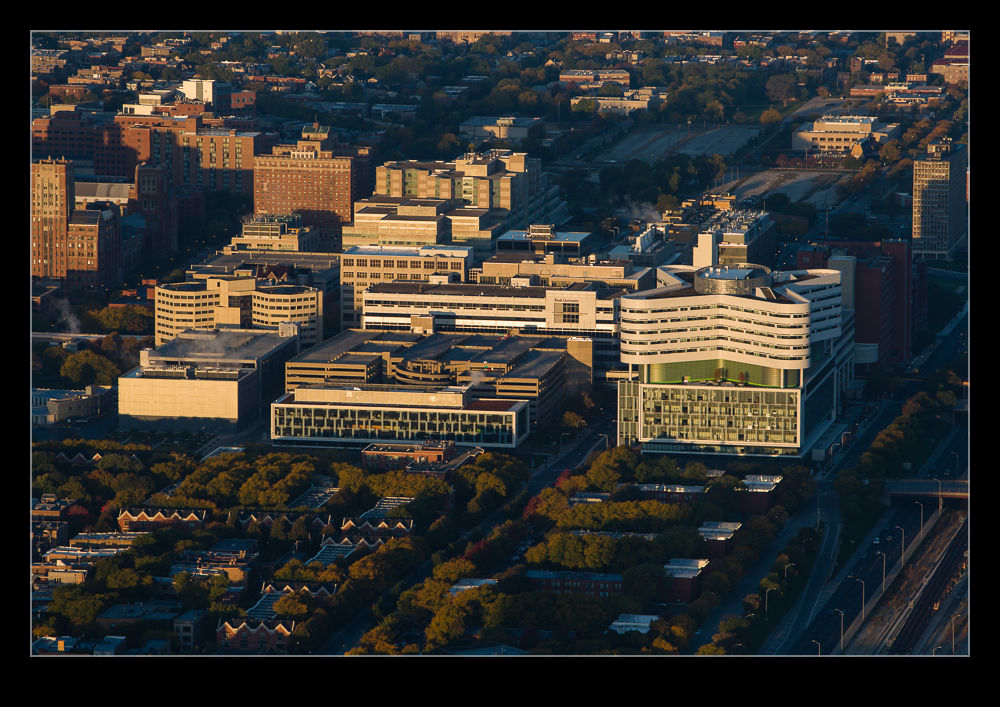 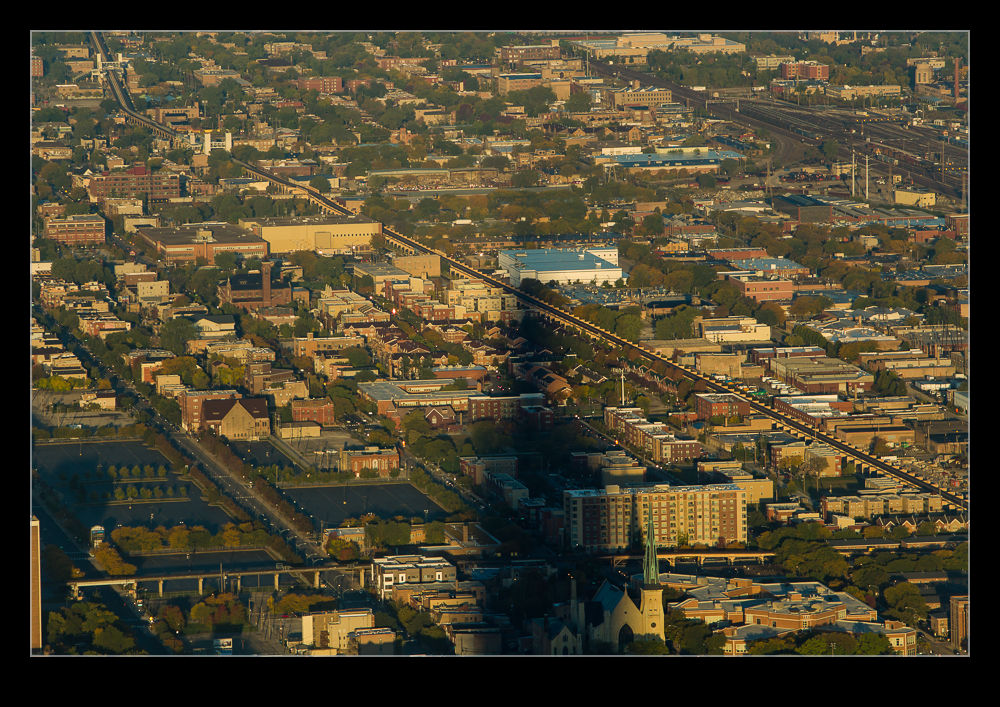 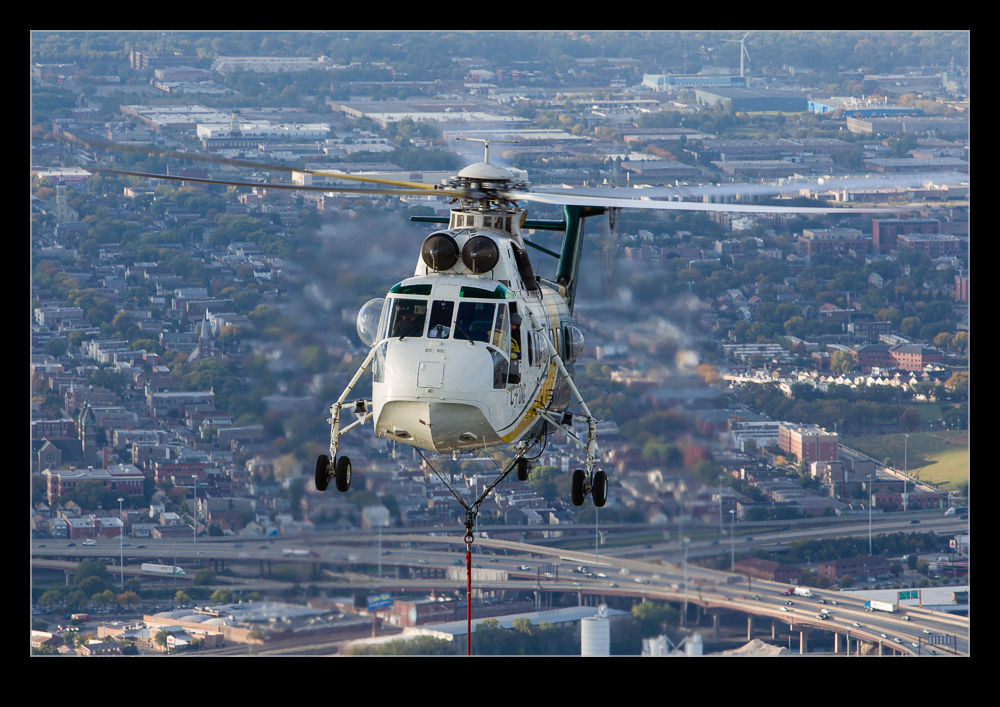 I have been very fortunate to be on top of some of the largest buildings in the city of Chicago in recent years.  Helicopter lifting operations take me to places that are off limits to many and that provide a great perspective on the city.  However, until recently, the highest point in the city was not one I had been to.  The top of the Sears Tower (I don’t know many that use its other name) had eluded me.  The Skydeck doesn’t count of course! 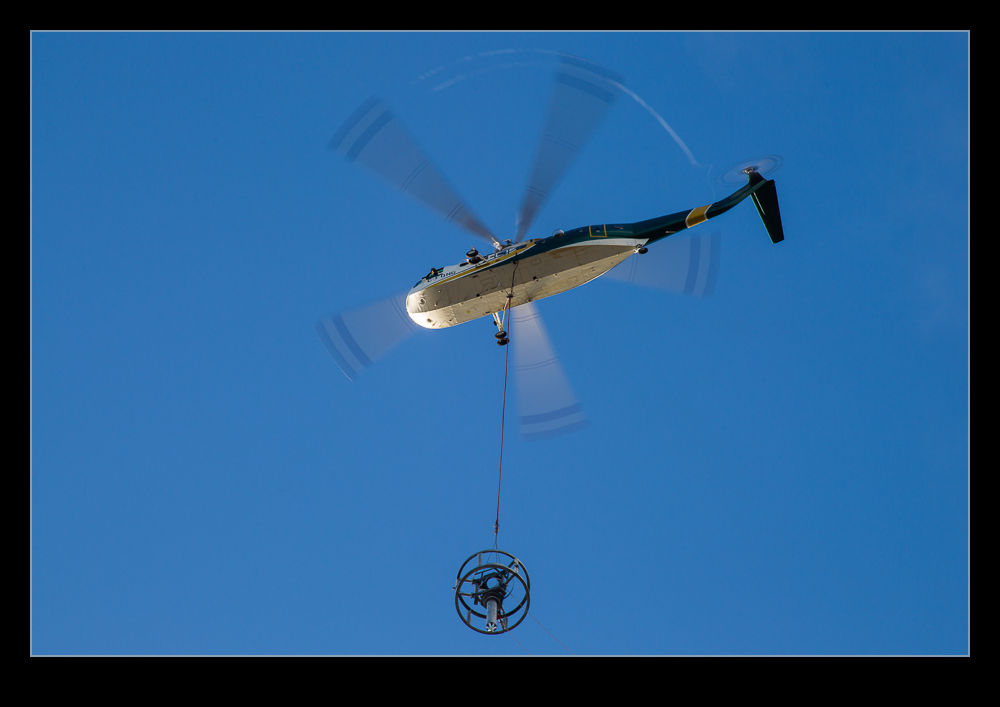 This changed with the installation of the new TV antenna for ABC on top of the building.  The good team at Construction Helicopters had been contracted to install the new antenna having helped removing the old one.  We gathered early one Sunday morning for the job to commence.  This is a location that is unmatched unless you are actually airborne.  I will post some views from on high in upcoming posts.  However, the first post is an aviation themed one – no great surprise for this blog! 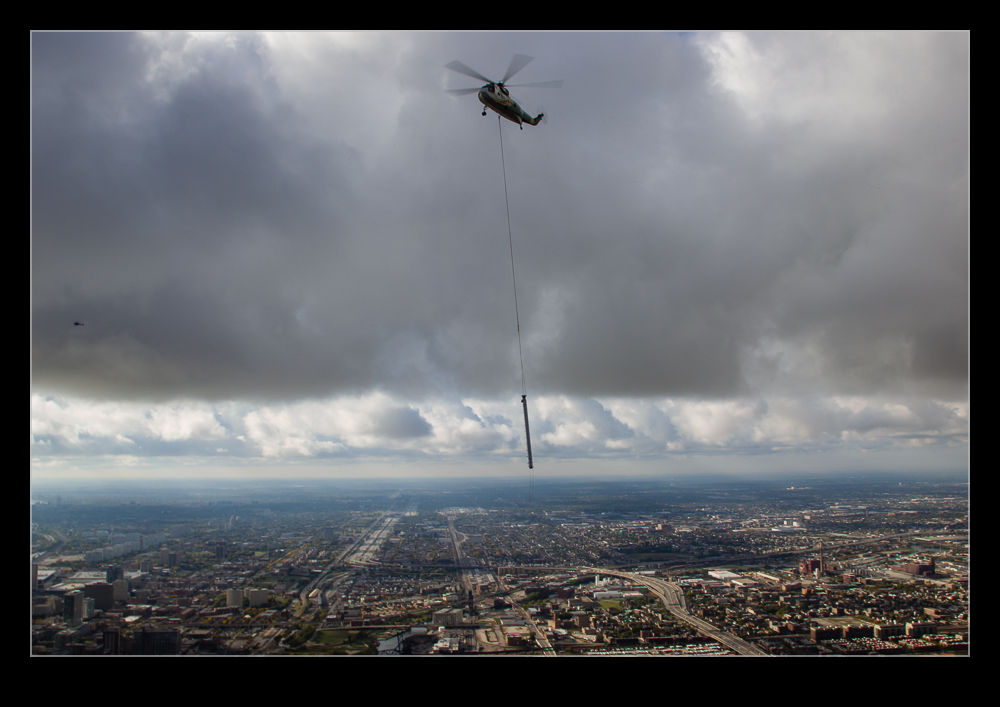 The aircraft used was a Sikorsky S-61N.  The aircraft was leased from a Canadian company and was actually on its last job with Construction before being returned.  They have acquired a Super Puma which I hope to see in action at some point.  The S-61N is an old design but regular upgrades have kept it as a very capable machine.  It staged out of Midway and picked the loads from down at the bottom of the tower.  The vertical climb is quite a long one but they did well, not only in placing the loads, but holding them for some time while they were secured.  Good job to everyone involved. 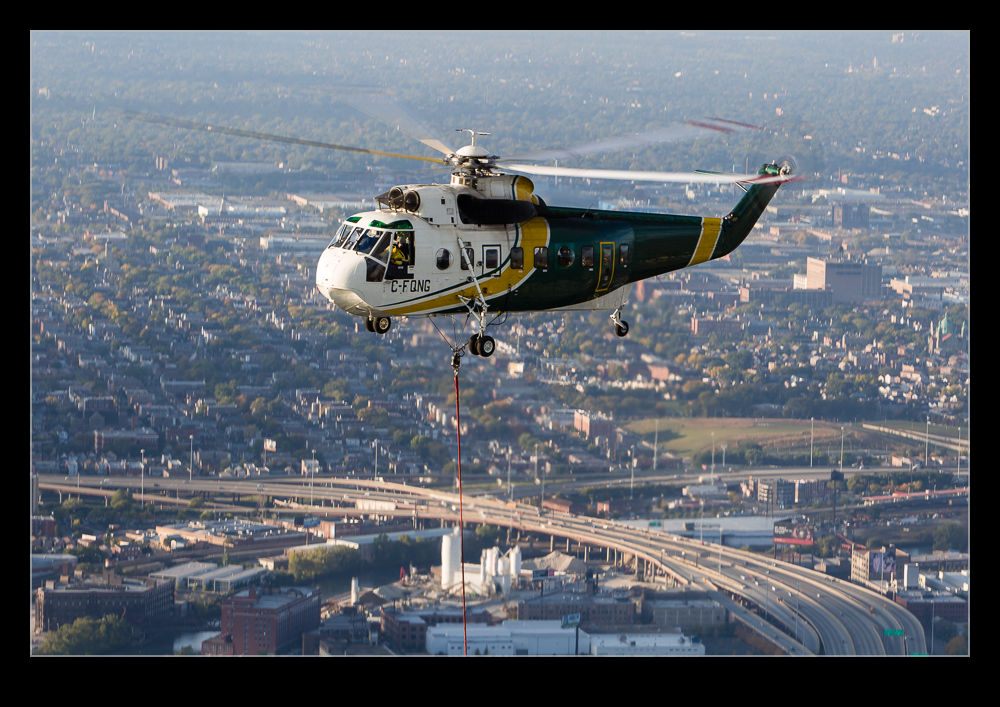 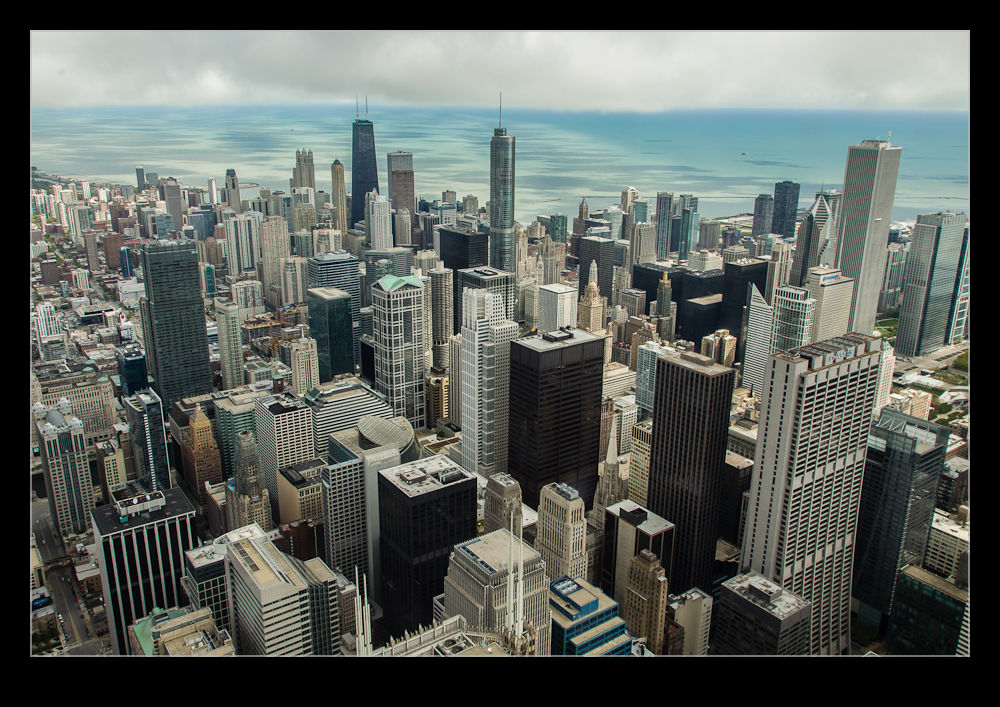 If you thought I was suggesting I look down on others, you were right – just not in the way your thought???  Having visitors provides an opportunity to do the sightseeing things that the city has to offer.  One of those things is to go to the top of tall buildings and look down on the world around you.  We went with the option of the Sears Tower, sometimes referred to these days as the Willis Tower but not by too many people I suspect! 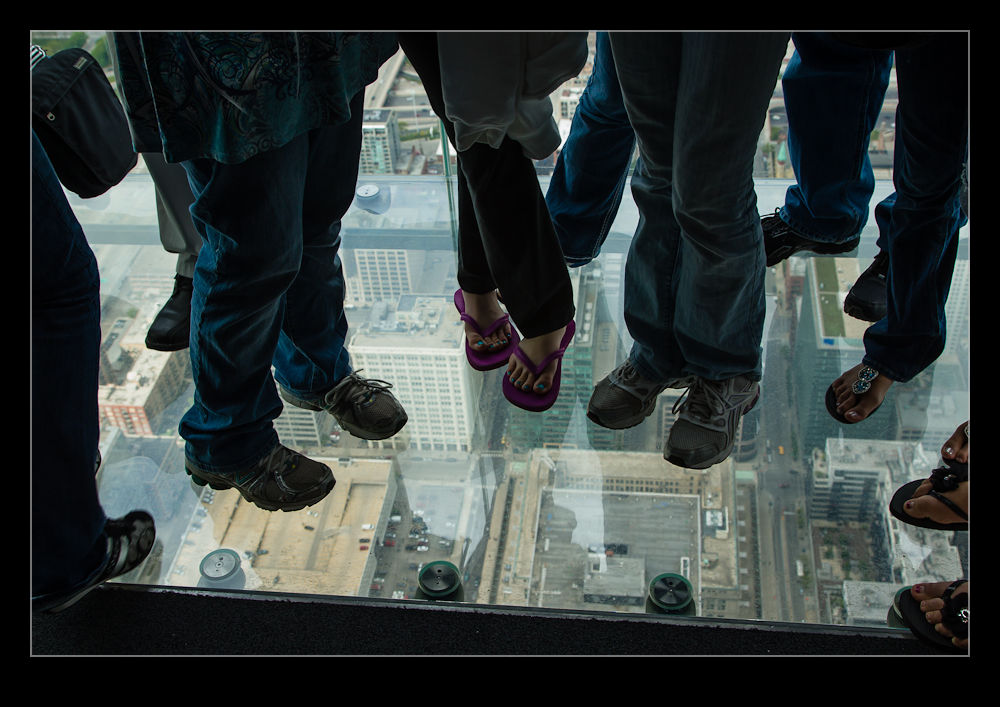 This is the most popular one for tourists visiting the city so an early start is advisable if you want to avoid some very lengthy lines.  Early morning also means the sun is over the lake so is not too bad from the point of view of grabbing shots away from the lake.  All of this is helped if the windows are clean which, sadly, they weren’t this time but what can you do? 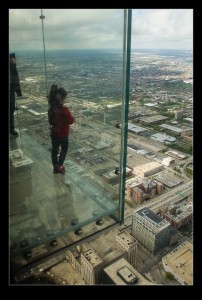 A more recent feature of the Skydeck is the glass cubes that extend out over the Wacker Drive side of the building.  Having the chance to stand over the street below is amusing to lots of people and a little scary to others.  A school party of teenage girls resulted in lots of squealing but I guess that is par for the course. 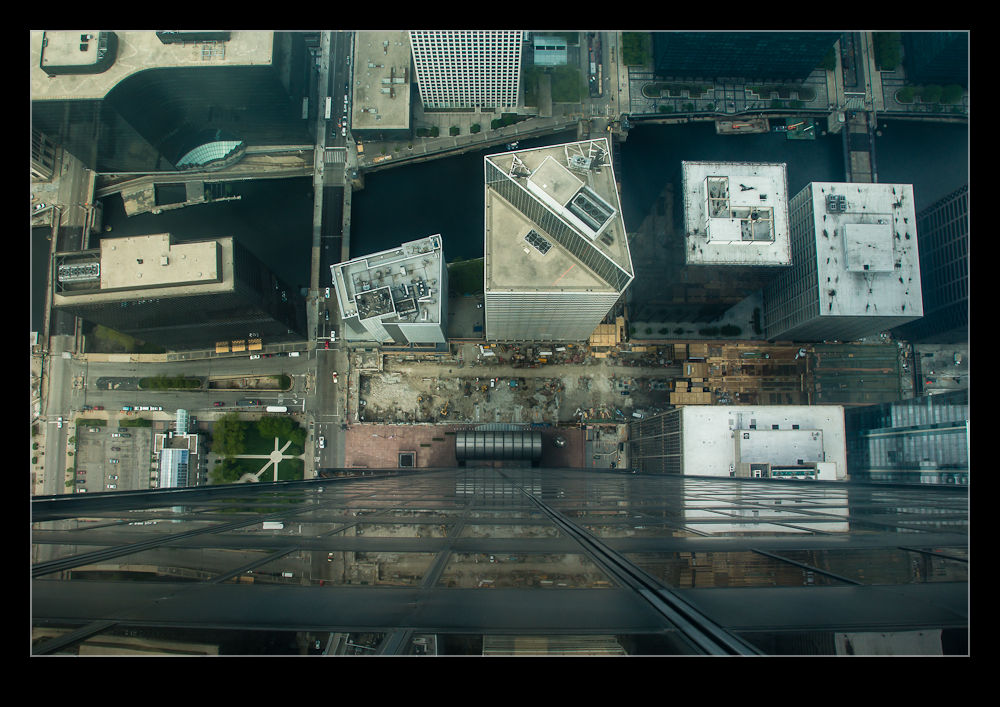 It is fun to see how people react to the chance to stand in space.  Most people are with others and you get a lot of interacting.  Others take it as a lonesome moment and just look out.  You have to make the most of the moment since the next group will be with you before too long!