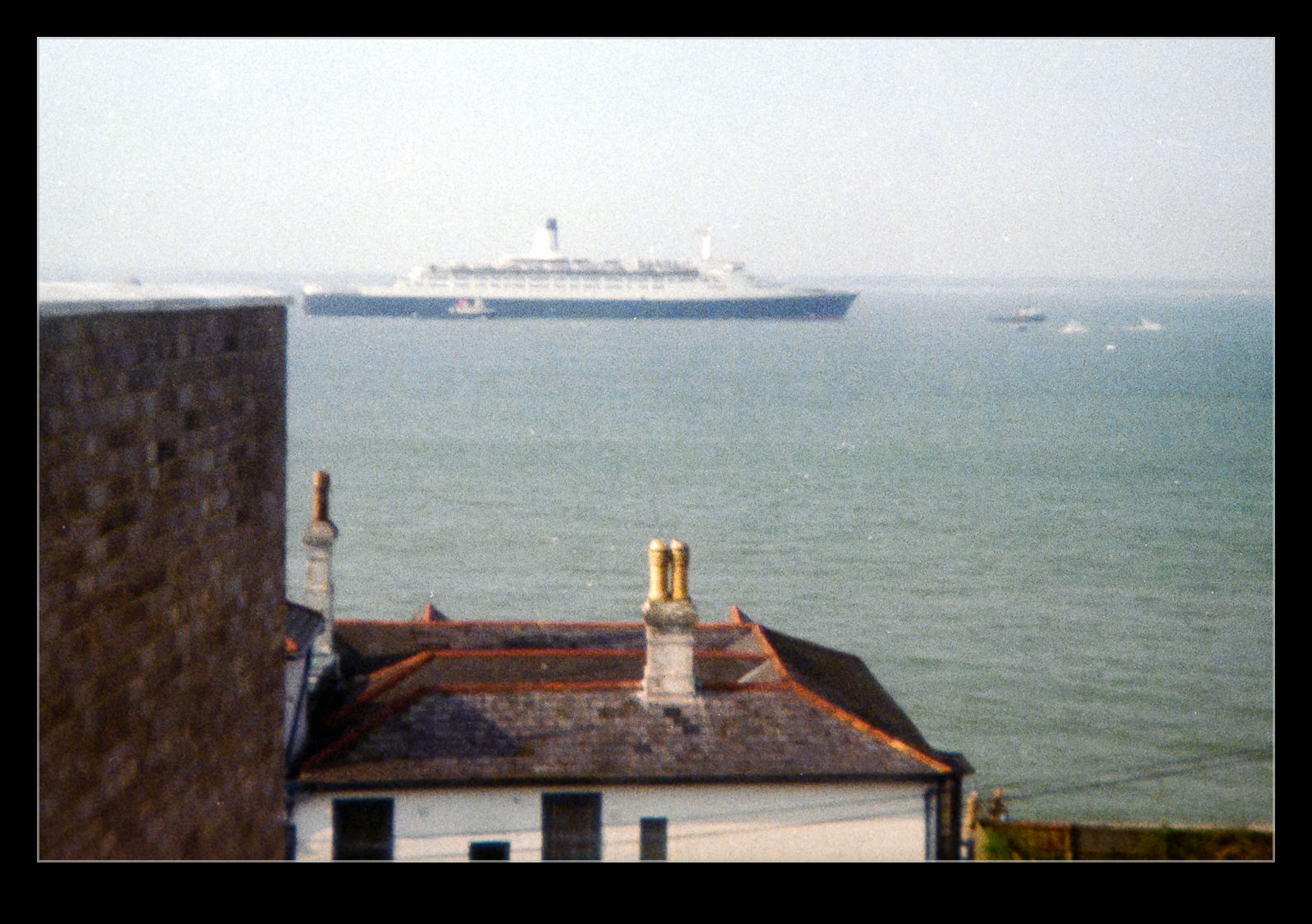 My negative scanning exploits have been covered a fair bit on this blog.  Up to now, this has been focused on my 35mm films.  However, when I was a kid, I had a 110 film camera.  This was not what you would consider the pinnacle of photographic technology.  It was a small, plastic camera with a lens that I doubt was up to much.  110 film came in a cartridge and was tiny so you were making an image on a small frame with a dodgy lens and nothing much you could control. 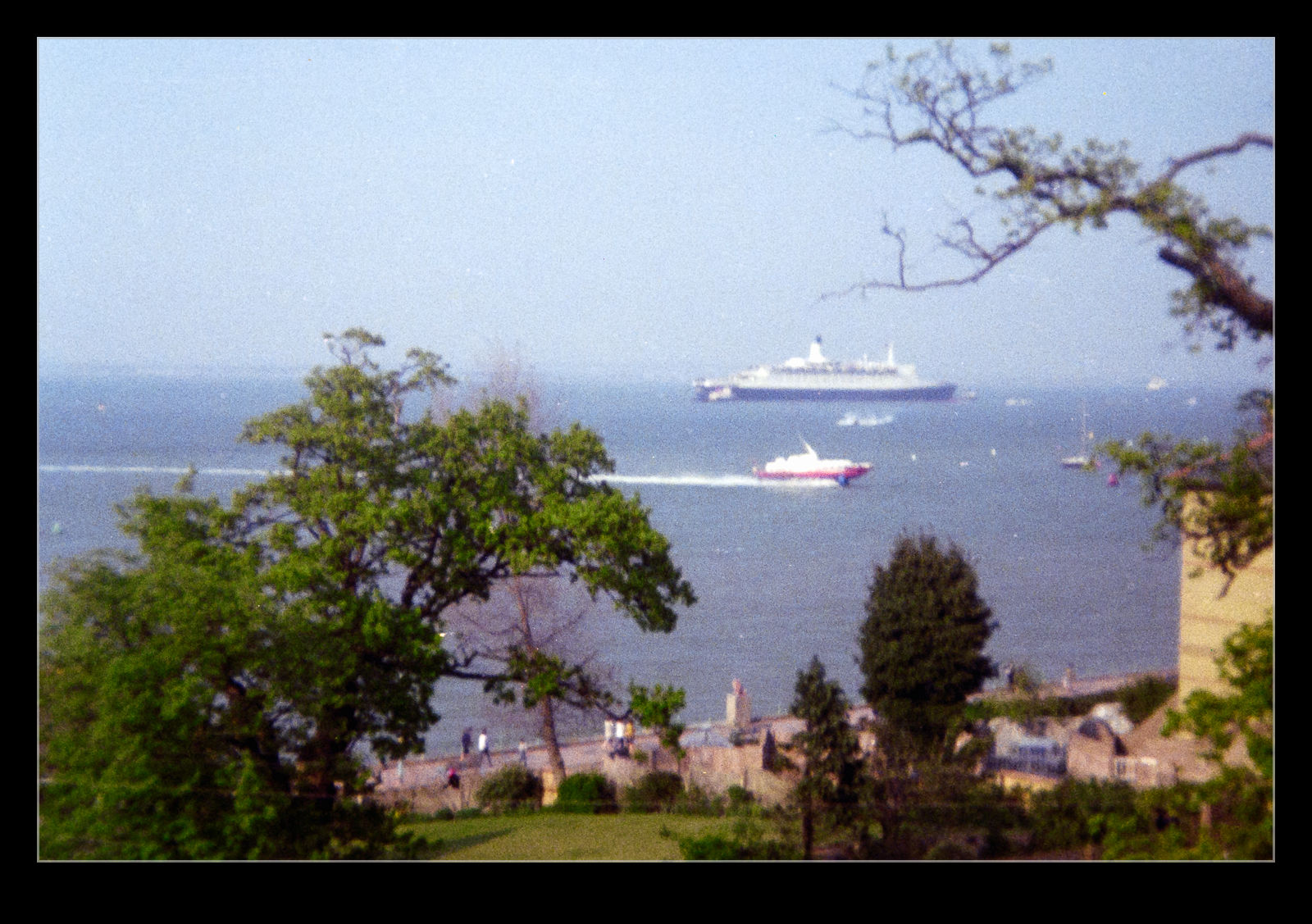 I didn’t know what I was doing so we were destined for great results!  I didn’t understand how much light would be available so would take shots indoors without a flash and be shocked that nothing came out or that it was very blurry.  The viewfinder was offset so you had parallax issues which became apparent when you tried to photograph something up close.  All in all, not great.  However, for general shots, it would give you a result.  Not a good result but a result. 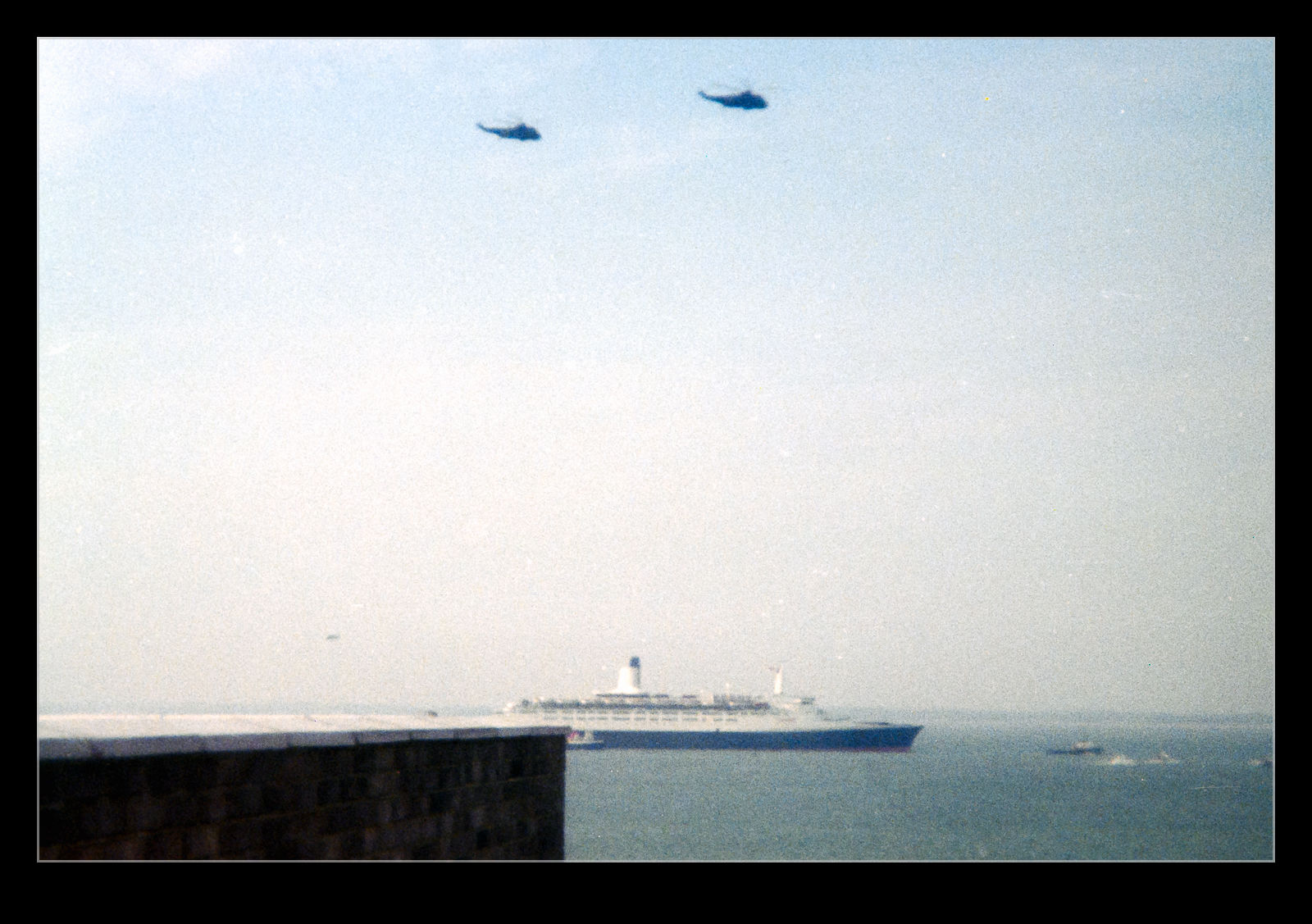 I dug out some of these 110 negatives to see what I could find.  Some of the shots, while not of any quality, are historically significant.  In 1982, we were living in a flat on the waterfront in Cowes.  We had a lovely view across the Solent.  We could see from directly north off to the east.  Part of the building obscured our view to the west but our bathroom had a small window that looked across the roof and could give a less obscured view to the west.  It was from here I photographed the QE2 as she sailed for the Falklands. 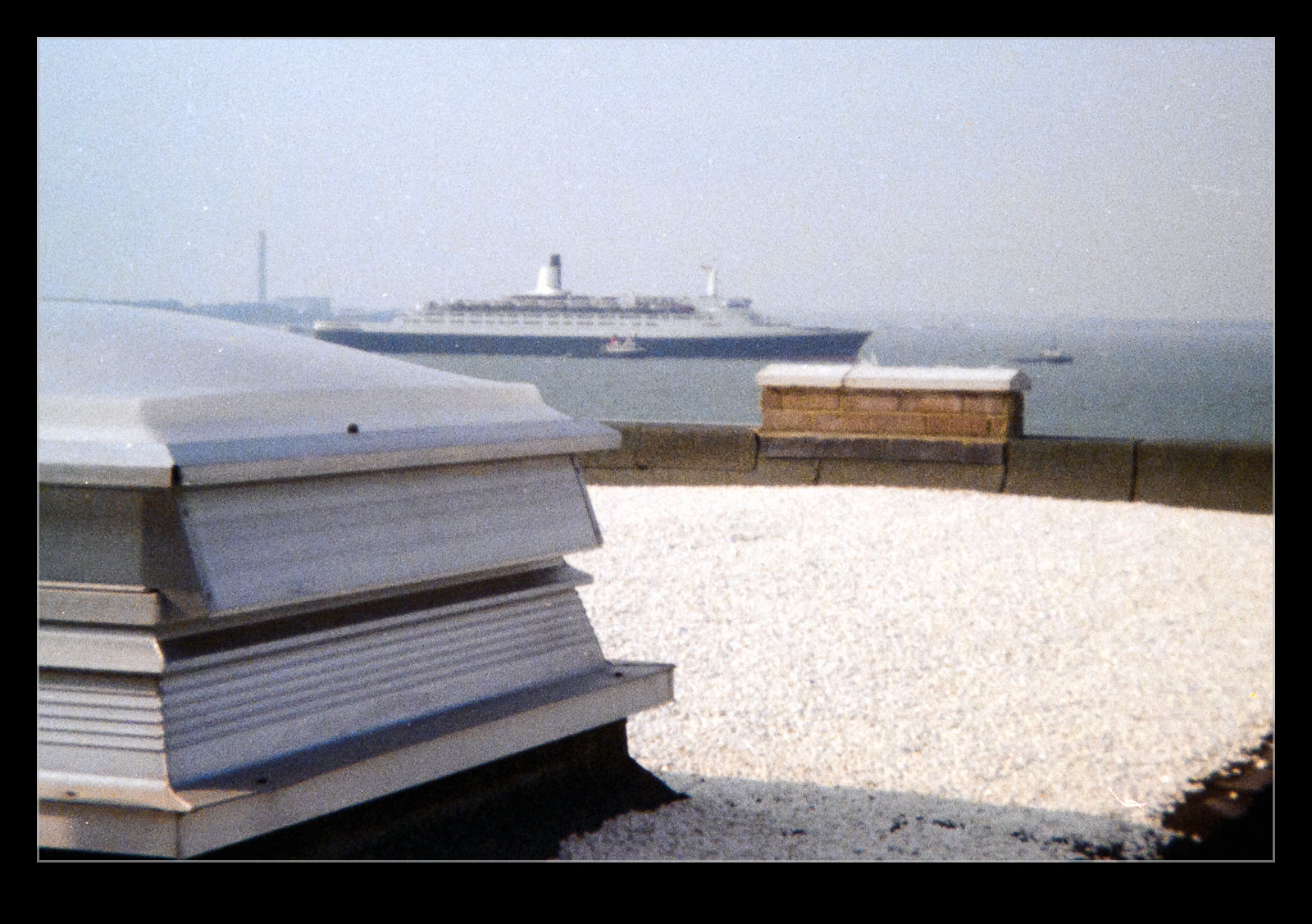 She had been requisitioned for the war and went into Southampton to be modified.  The rear decks were cut back and the swimming pools plated over to make helicopter landing pads.  All the nice stuff was taken out and she sailed with 5 Brigade aboard heading for an uncertain future.  She came out Southampton Water, negotiated around Brambles Bank and then came past us and on her way.  At one point a pair of Sea Kings flew over the top.

Canberra’s departure and return were bigger events for us when they happened and I remember them both vividly.  QE2 came back on a school day and I could see her coming up the Solent from the tower building in the center of the school but it was a distant return.  Canberra came back at the weekend and was part of an amazing flotilla as everyone seemed to be out to greet her.  I have no shots of that!