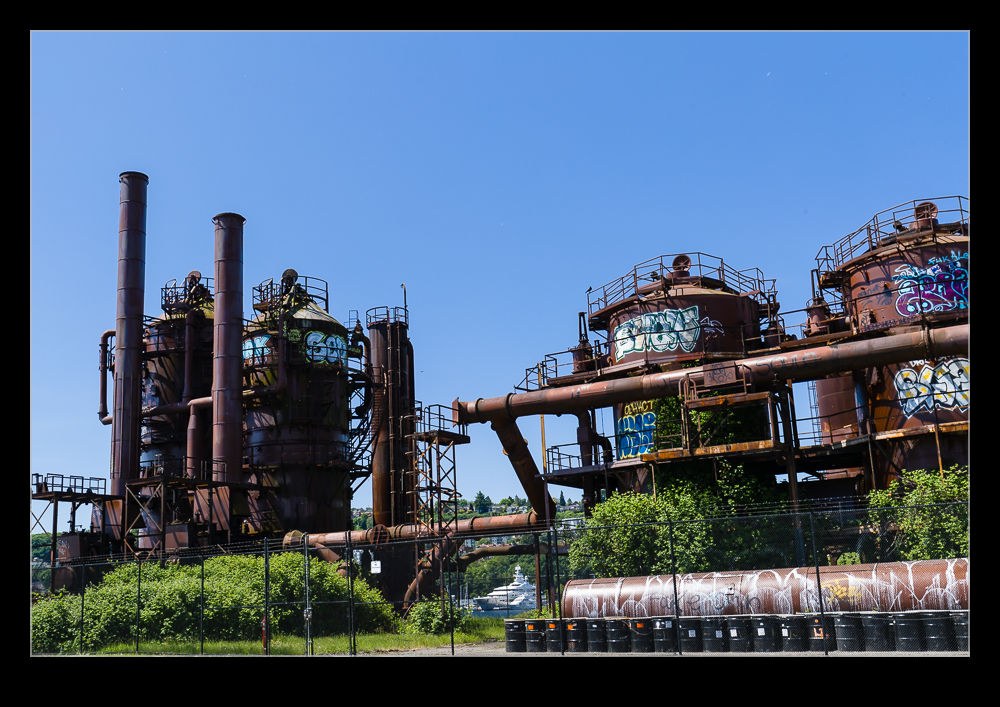 In the days before natural gas, the gas supplies for towns and cities came from making gas from other sources such as coal.  Gas works were a big feature of towns.  However, they have disappeared as natural gas replaced them.  The huge metallic structures have been taken away and the land has found new purposes.  Seattle managed to both find a new use and keep the works. 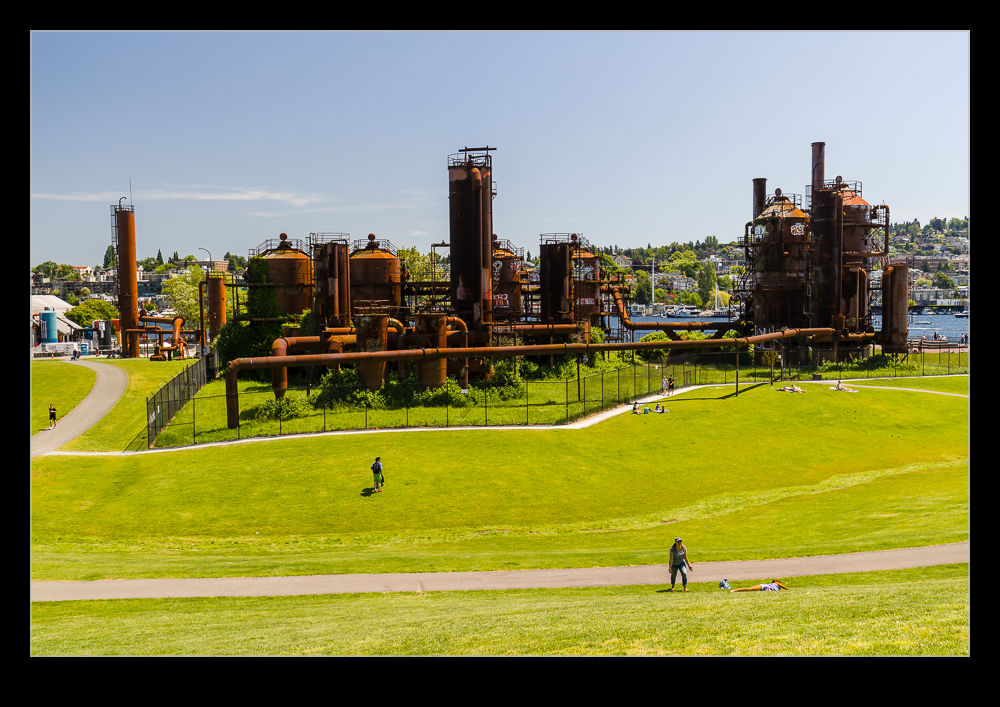 The north end of Lake Union has Gas Works Park.  Much of the gas works has been cleared away but substantial chunks of the metal work remain in place.  Some is cordoned off but other parts have been integrated into displays.  We both commented on the complexity of the pipes and valves and how everything had a role.  The geometry of the structures and the connecting pipework were great to look at.  The middle of the day is not the best time to photograph this so I will think about coming back at some point to have a wander around specifically for photography.  However, on a sunny day, a park by the lake with tons of people seemed to be a very relaxing place compared to how this would have been when it was in use. 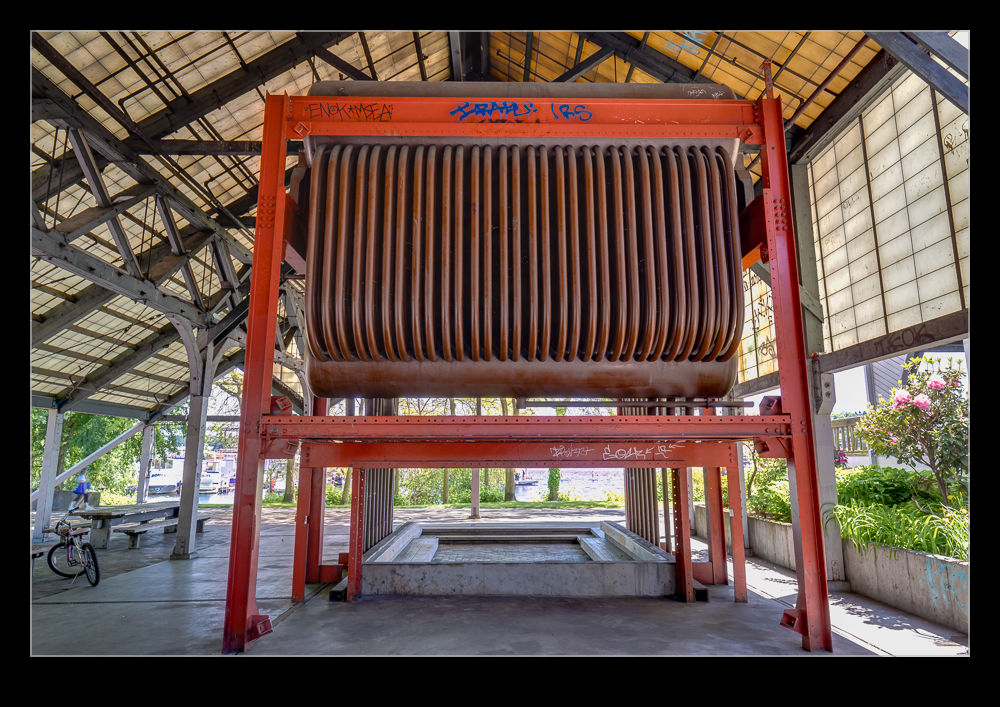 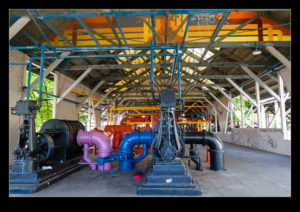 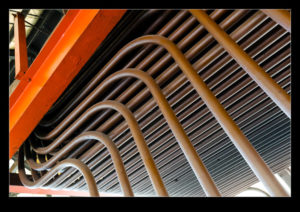 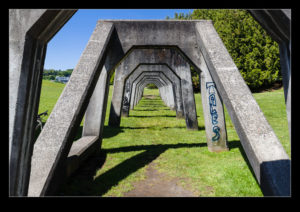 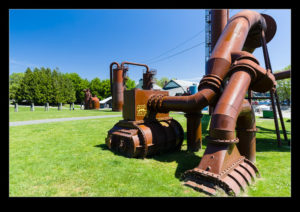