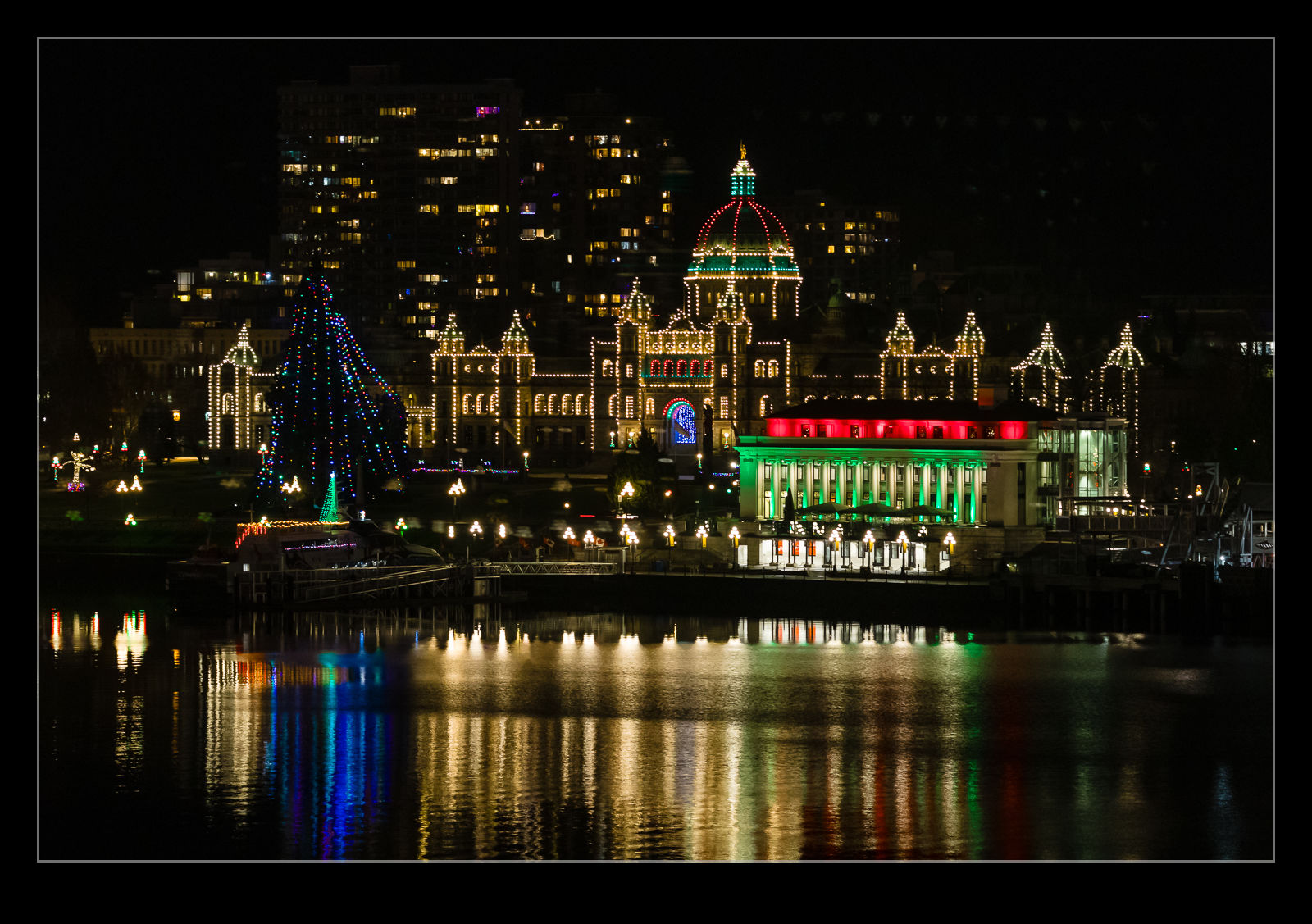 Continuing the theme of casting back into the past for shots of things that compensate for not going anywhere anymore, this one isn’t too long ago.  Our visit to Victoria in the run up to Christmas involved staying in a hotel alongside the harbor.  We had a view from our hotel room across to the legislative building which is nicely illuminated at night – not just for Christmas but all the time.  Here is the shot from the hotel window!

The legislature was out of session while we were in Victoria and access to the galleries over the chamber was closed. However, the door to the chamber was open so you could see the space in which the legislature meets. The speaker’s chair at the front was pretty grand. There were photos of all of the legislatures which made the room look huge but it was not that large. Clearly they had used a wide lens to get everyone in and it made the ones at the back seem miles away.

The provincial legilsature’s parliament building in Victoria is open to the public. The large dome, visible from outside, covers a rotunda beneath. You can see up from the first floor through an opening and then the second floor has a wider space under the dome. This area was filled by a tour party while we were there and they seemed to take an inordinately long time to move on. The process was extended as the tour guide told their stories and this was then translated for the benefit of the group. The only reason I mention it is that it meant I struggled to get a shot without some of them in it!

If we had hung around the party, we would, no doubt, have learned a lot of the symbolism of the artwork included in the building. It appeared to be a lot of the work that had been involved in developing British Columbia but I could be wrong. Directly under the rotunda was a boat that had been carved by a previous Premier and a First Nations representative. It was a neat piece of carving but I felt it could have been displayed in a way that would have shown off the work better.