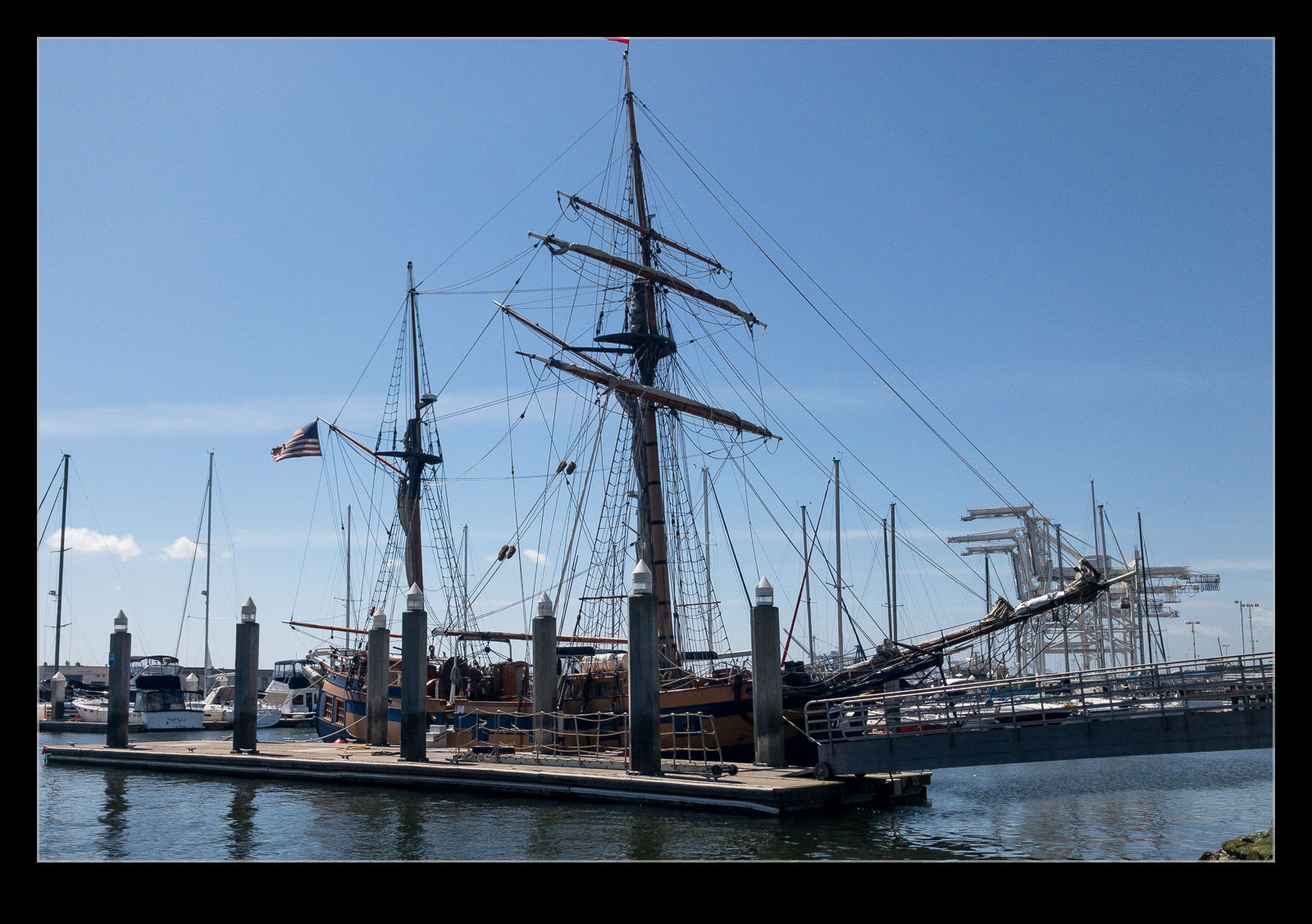 A pair of sailing ships had been in Oakland earlier in the year but I didn’t get around to seeing them while they were there.  However, I had lunch with some colleagues in Jack London Square a little while later and saw that one of the ships (or another similar ship) was tied up on the dock.  Unfortunately, the sun was behind the boat so it wasn’t an ideal time to photograph it but, with something that unusual, I figured I shouldn’t waste the opportunity. 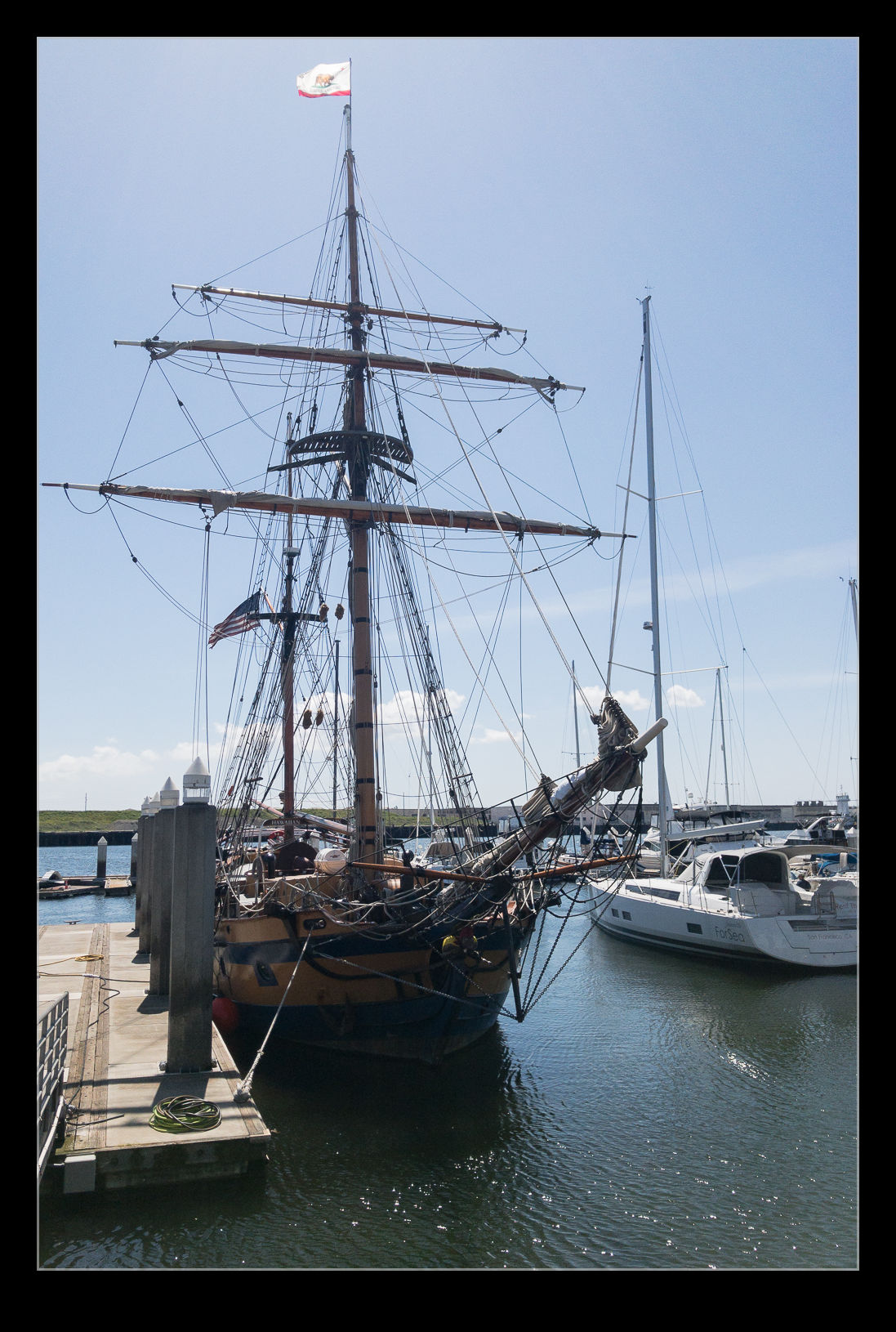