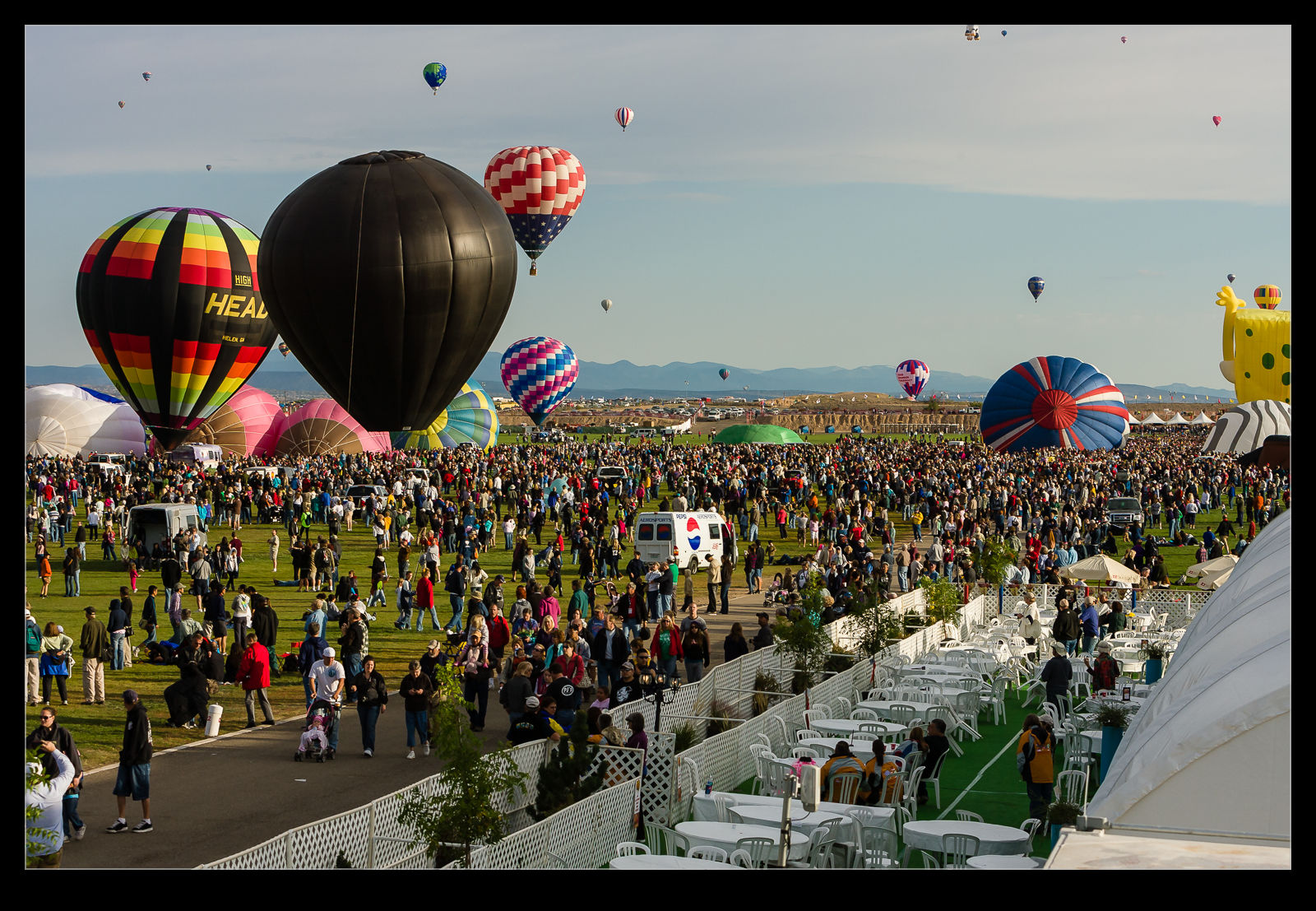 Since I haven’t been out photographing aircraft as much as I would normally like to do, the blog has got me looking through older outings.  I was discussing with Nancy what things I might look back on and, since some balloons were flying overhead at the time, we got on to the topic of our visit to the Albuquerque Balloon Fiesta.  The blog has been going for nearly ten years so I tend to think that most of what I have done is on here but there are things that predate the blog and have yet to appear.  A search through the archives suggests this is one. 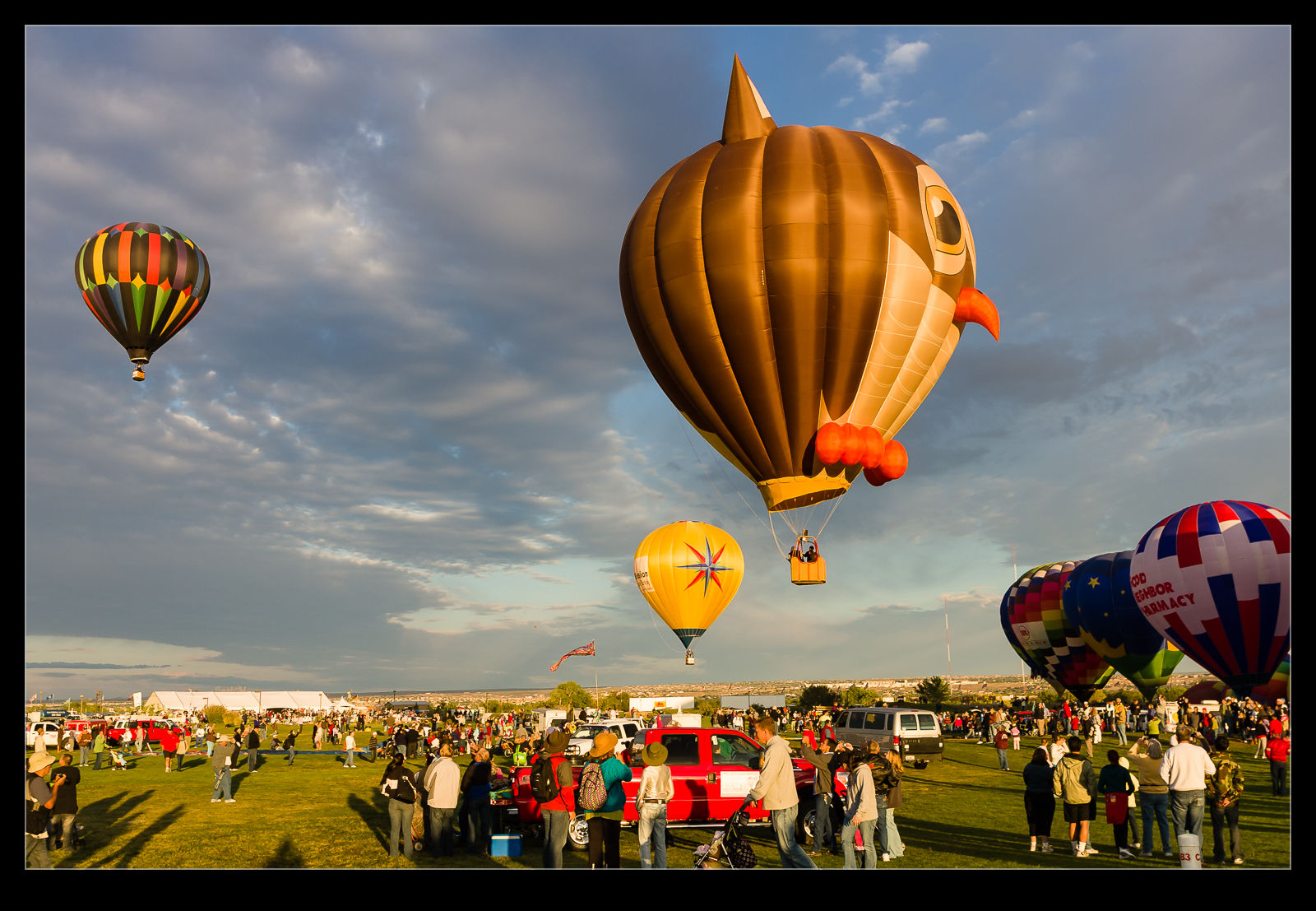 We went to the fiesta because it was something I had long wanted to see but also because I was going to cover it for GAR and had arranged press access.  This meant several days of being onsite early in the morning and later in the day.  Having not been to a balloon event before other than a fleeting visit to the Bristol Balloon Fiesta in the UK, I didn’t appreciate the timing until I was there.  Everything starts really early and is pretty much done by just after breakfast.  The evening might be the second wave of activity but, since the winds were getting up in the evening, that didn’t prove to be much good and, besides, Nancy wasn’t wishing to give up all her time to this so we could do other things during the day and the evening. 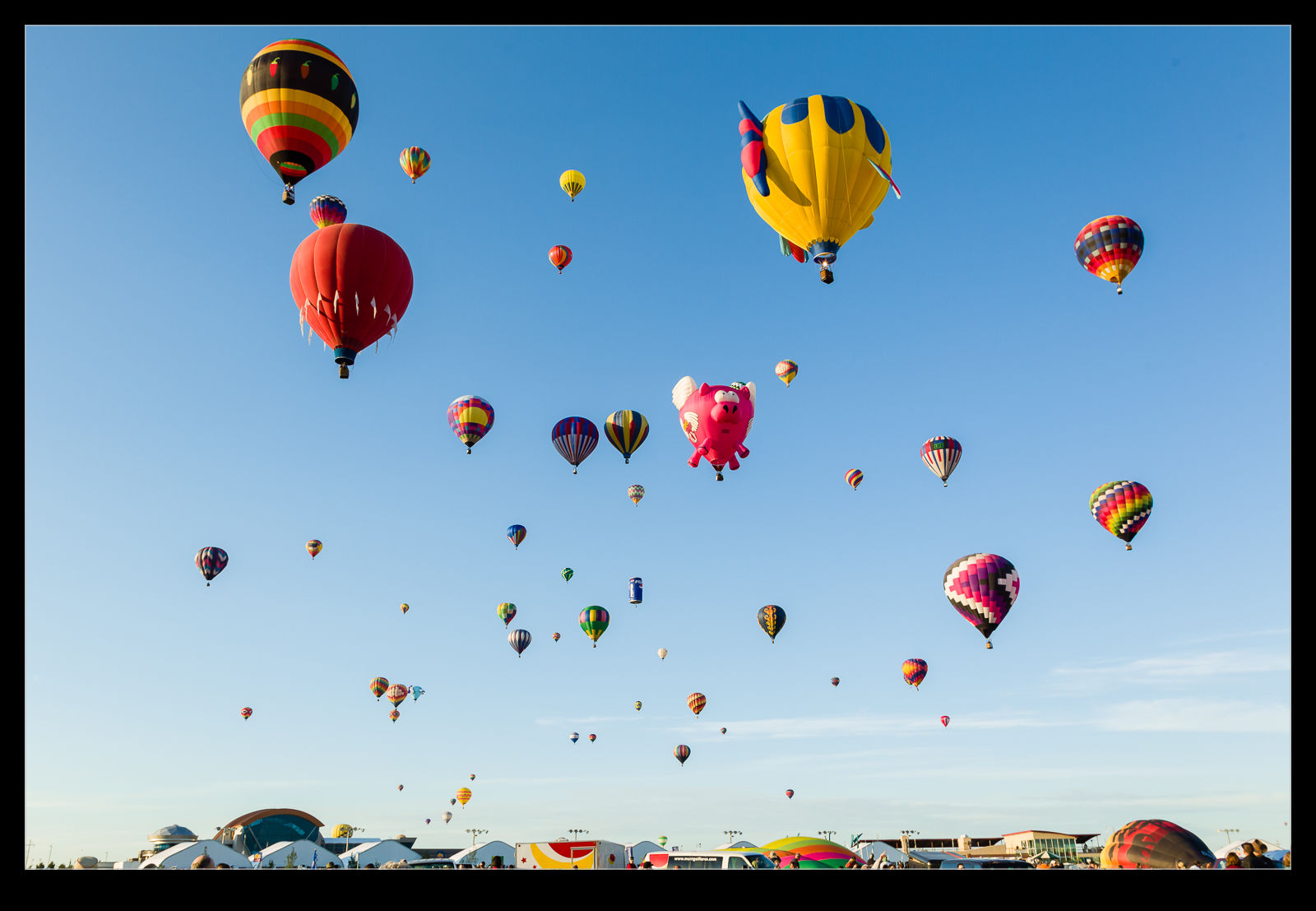 I made sure to be there well before sun up each day.  The crews would be getting their balloons out at their respective launch locations across the large grass area.  The sound of fans filling the envelopes would then be followed by burners bringing them up to temperature.  We had a glow one morning to watch which was pretty impressive and then, as the light came up, the launches would start.  These had to be well coordinated given the number of balloons there.  Marshals, dressed in zebra outfits, moved around the site keeping everything under control. 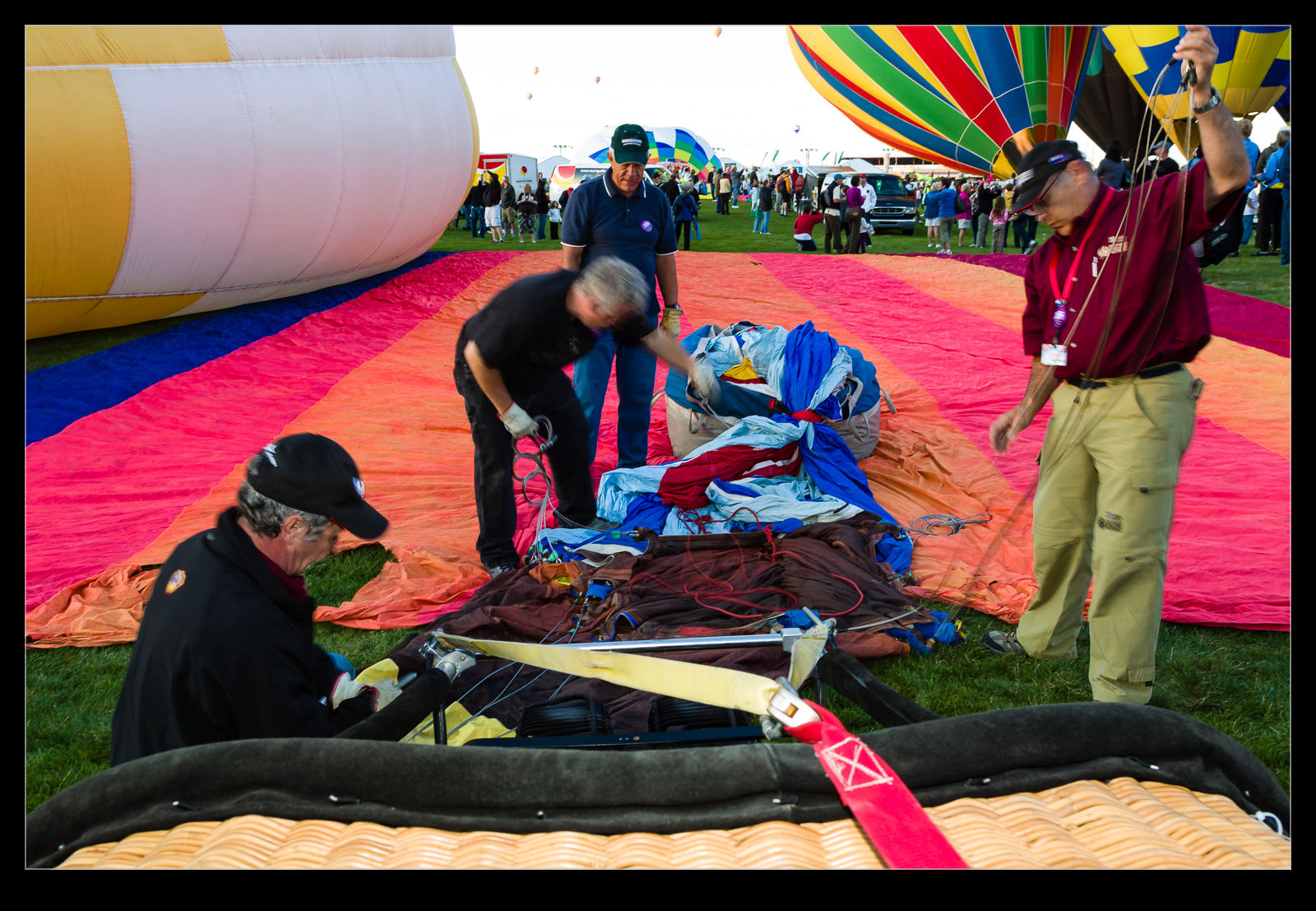 The variety of balloon shapes and colors was fantastic.  To see the skies filled with balloons was amazing and the specials that were shapes of interest or for advertising would get particular attention.  There were three balloons that were bees which carried a single person beneath them and flew around together which looked great.  Since there were so many interesting balloons, there are a bunch of shots below of some of the cooler ones.  I would like to go back one day to see this again. 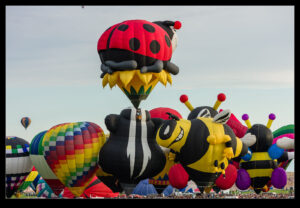 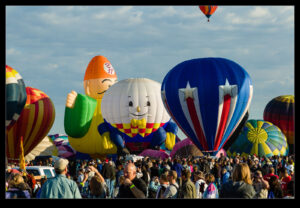 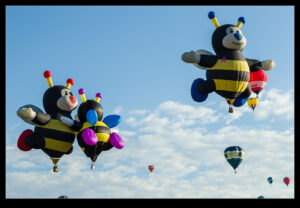 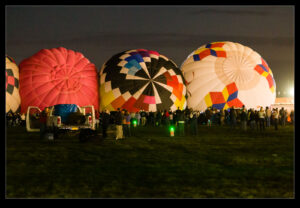 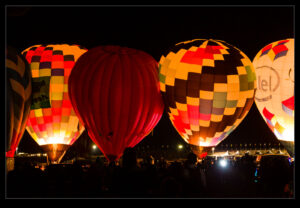 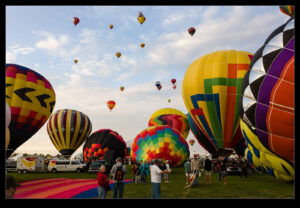 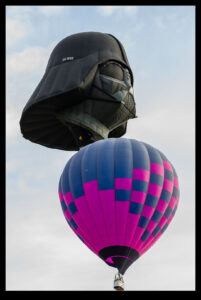 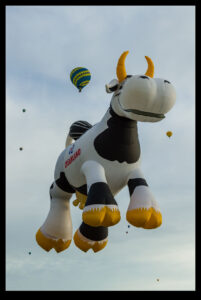 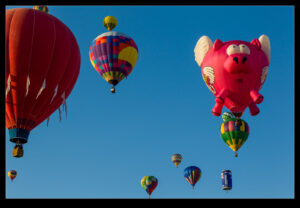 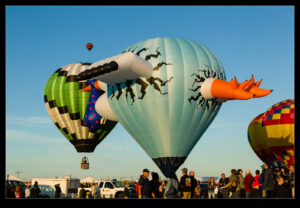 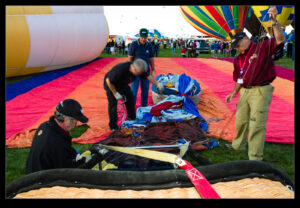 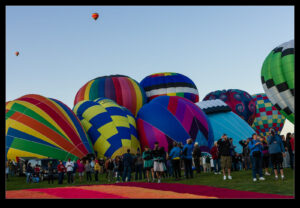 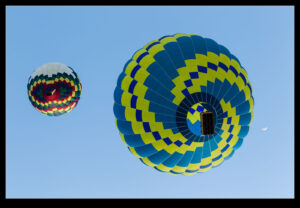 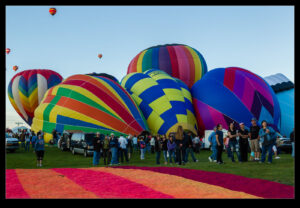 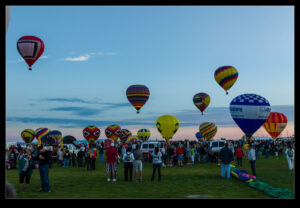 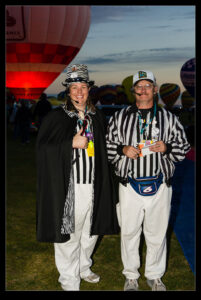