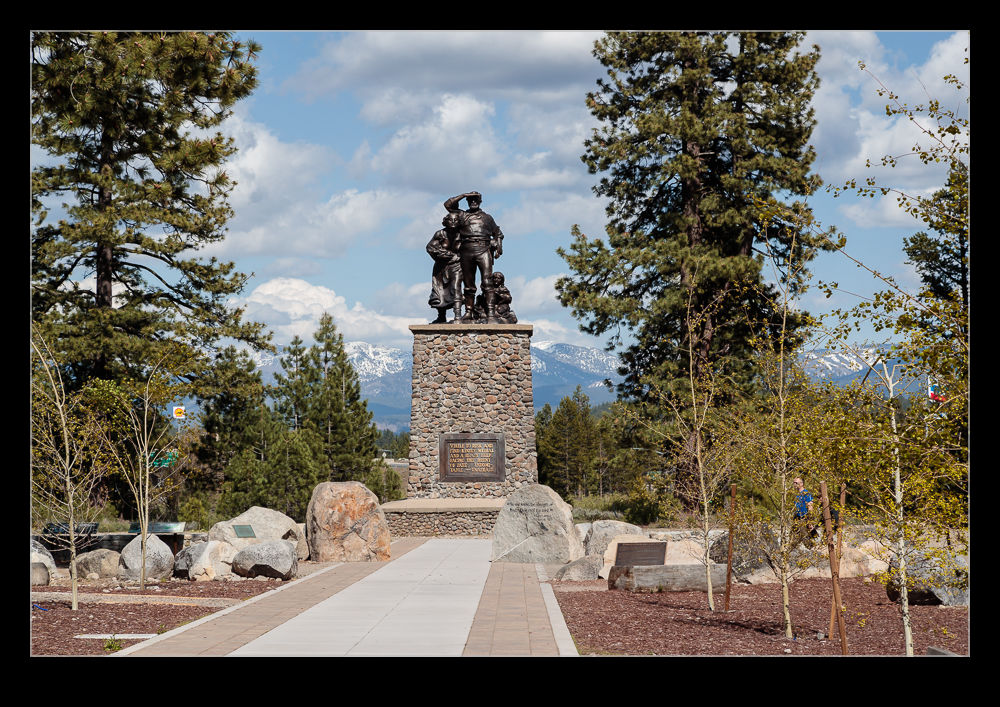 Of course, Donner Pass and Donner Lake are named for the Donner Party.  If you are not familiar with American history, this was a group heading west that got trapped in the pass in winter and many did not make it out alive.  Those that survived had to do some harsh things to make it.  The tale is a sad one and there is a memorial to the party near one end of the lake at the location in which they camped.  There is a visitors’ center and a number of trails.  The focal point is a large memorial.  The base of the memorial is as high as the snow was reportedly deep that winter.  It is a lot of snow!  On top is a group of hardy travelers.  When you think what people went through to get across the country in those days, they were truly hardy types. 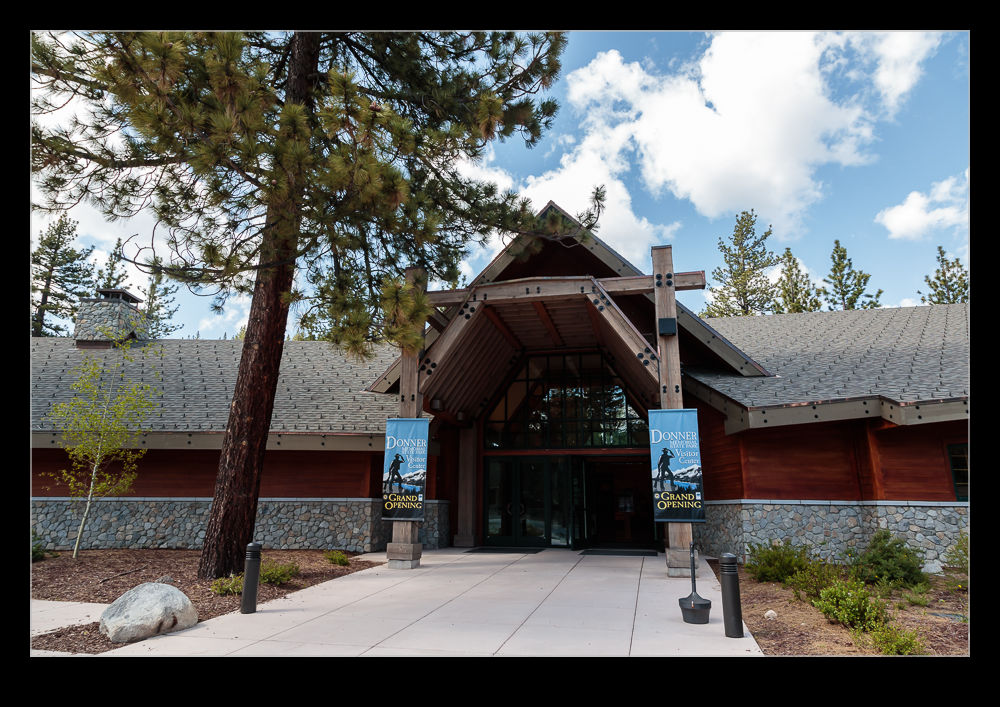 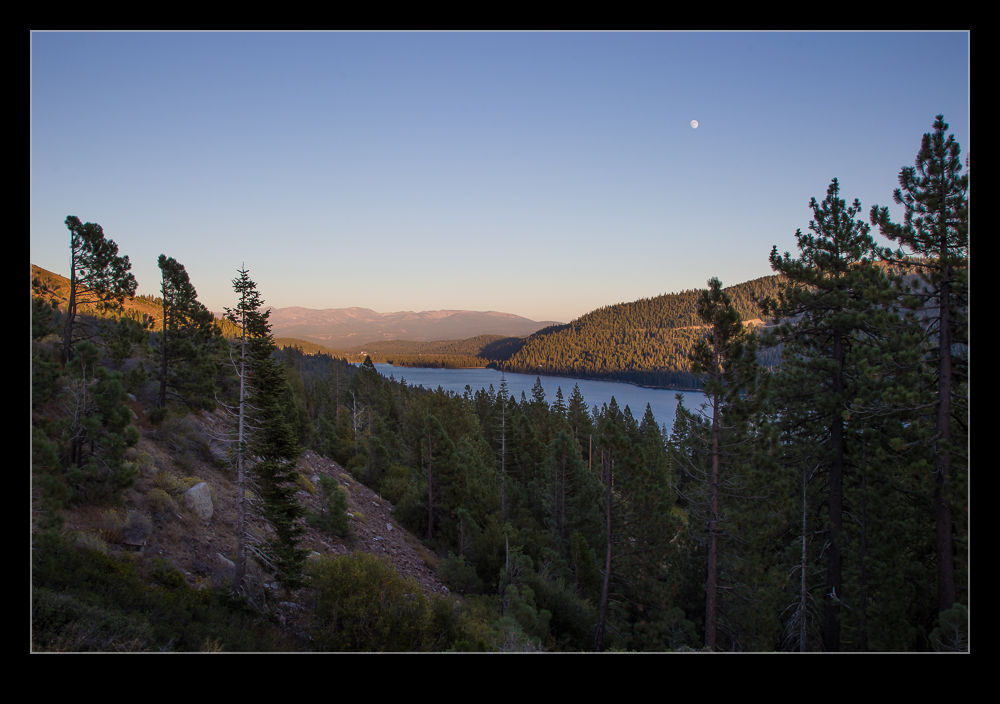 A work trip was tacked on the end of a photo project since I was in the vicinity – if a two and a half hour drive counts as the vicinity!  I found myself driving over the Donner Pass twice in one day.  The first trip was early in the morning.  Everything looked great in the early light but I had a place to be and so hanging around was not possible.  However, on the return leg, I wasn’t under pressure to be anywhere (except the airport the following morning) so I was able to stop when I got to the area of Donner Lake.  The sun was already going down and the moon coming up.  Took me a short while to work that out since I was initially hoping the moon would stay up long enough for me to get there, only to realize which direction I was facing and it was only getting higher in the sky!  Doh! 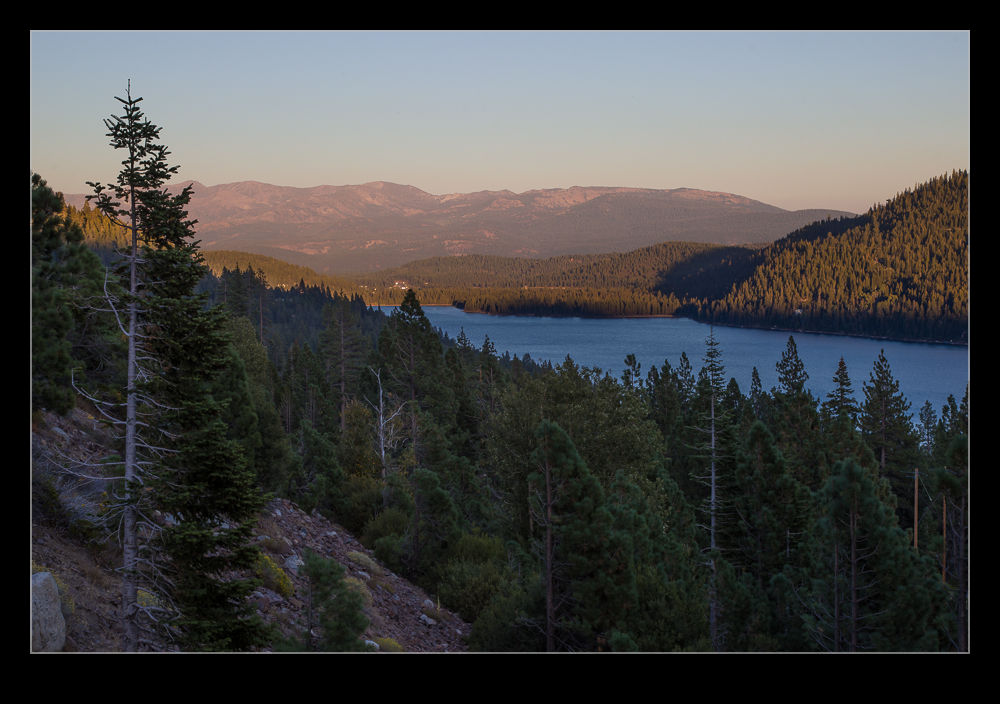 I did manage to get to see the lake with some light still on it as the shadows started to stretch across.  A very pretty location although not one I think I did justice too.  Another time perhaps.  I suspect I will get to make that trip again before too long.