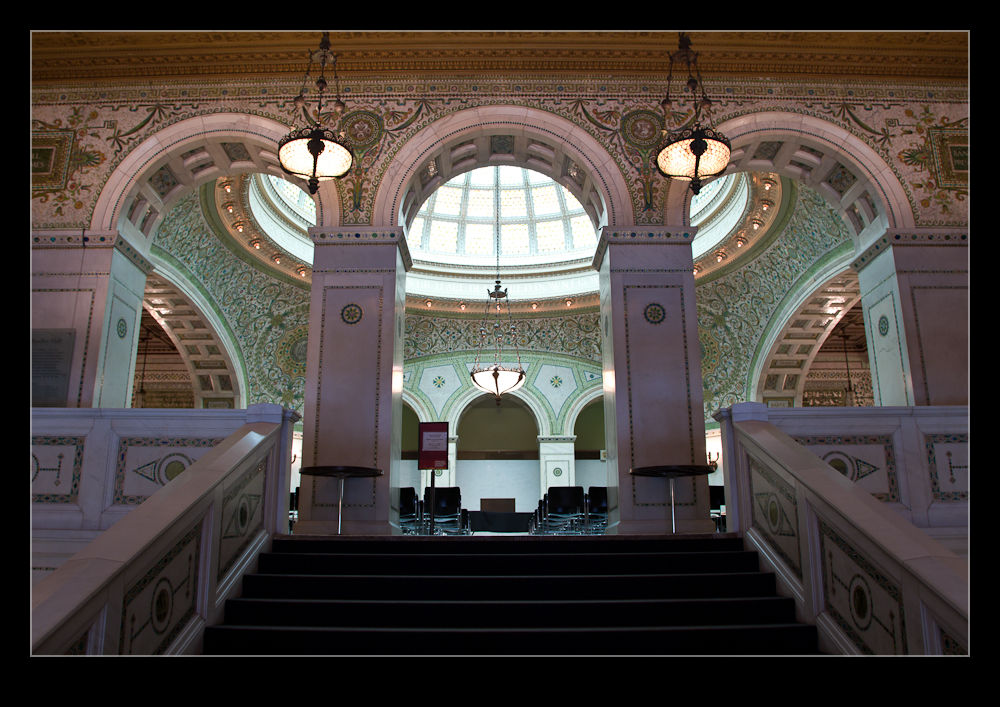 Continuing the theme of my Mum’s visit, the two of us took a stroll through the city the other day.  It is always fun to exploit the visit of someone to do some touristy wandering that you would otherwise never do.  It also makes you explore some things that you haven’t seen before. 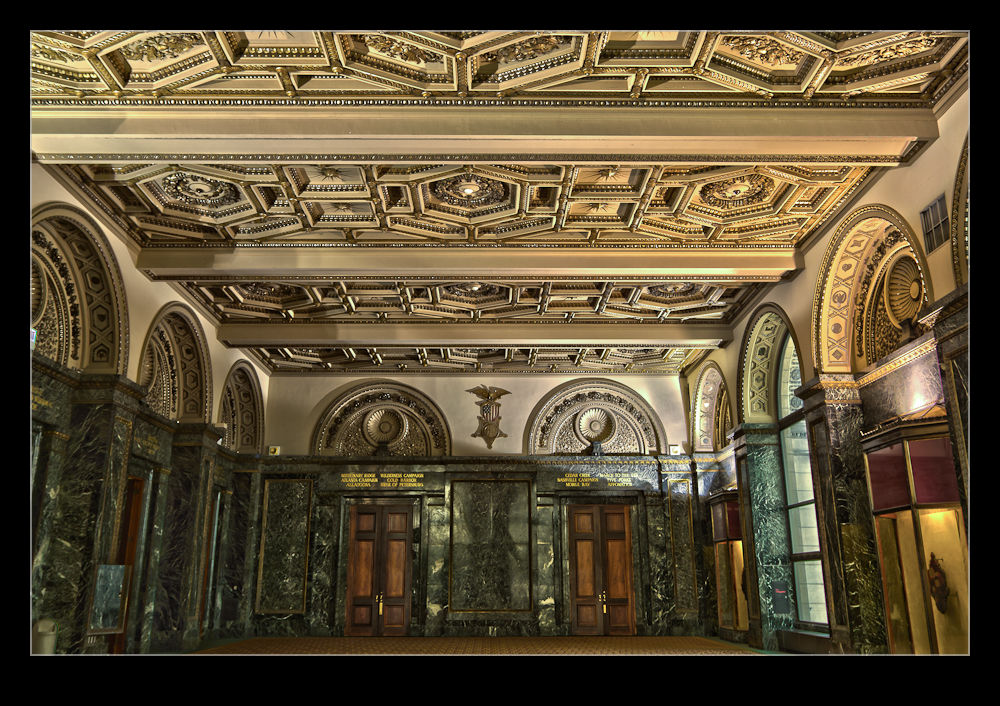 We included the Cultural Center on our route but I was surprised yet again by this place.  Having only recently discovered it courtesy of friends visiting in the past (see this posting), during this visit I found another room that I hadn’t been to before.  It was an empty room but quite ornate.  It was very dark so getting a good shot was tricky.  I tried a bit of HDR which was okay but I will have to go back again at some point to try again I think. 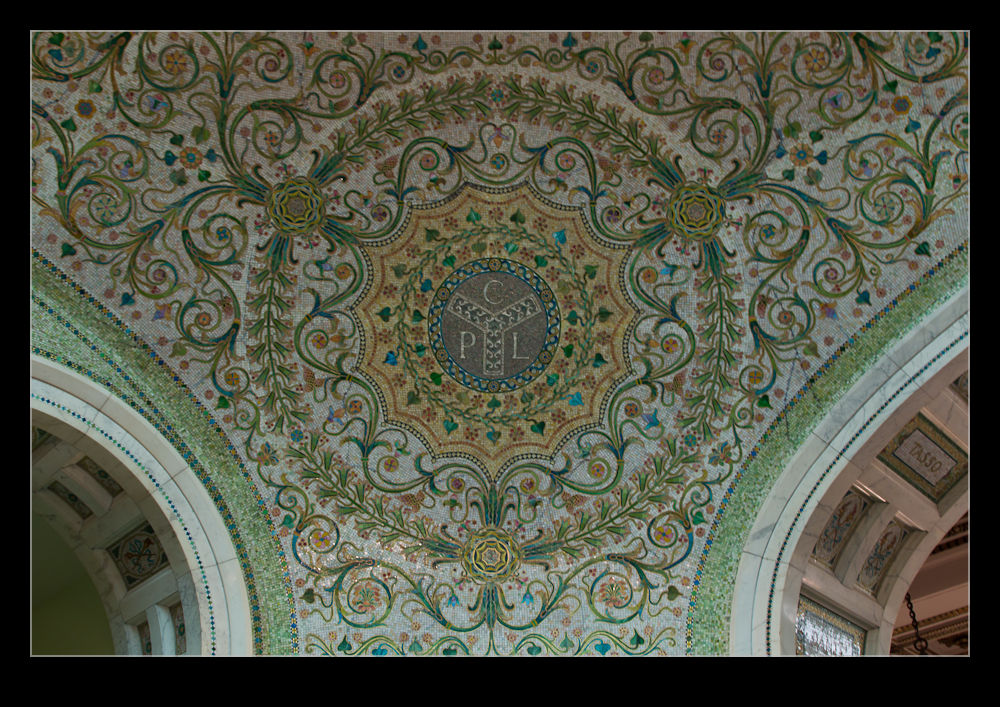 Another stop was at the Palmer House Hotel.  Now a Hilton, my Dad stayed there recently when he was visiting and told me about the grandiose lobby it has.  I had never been in before – why visit hotels when you live in the city – and it was impressive so we stopped in to take a look.  How many other things from the city have I missed? 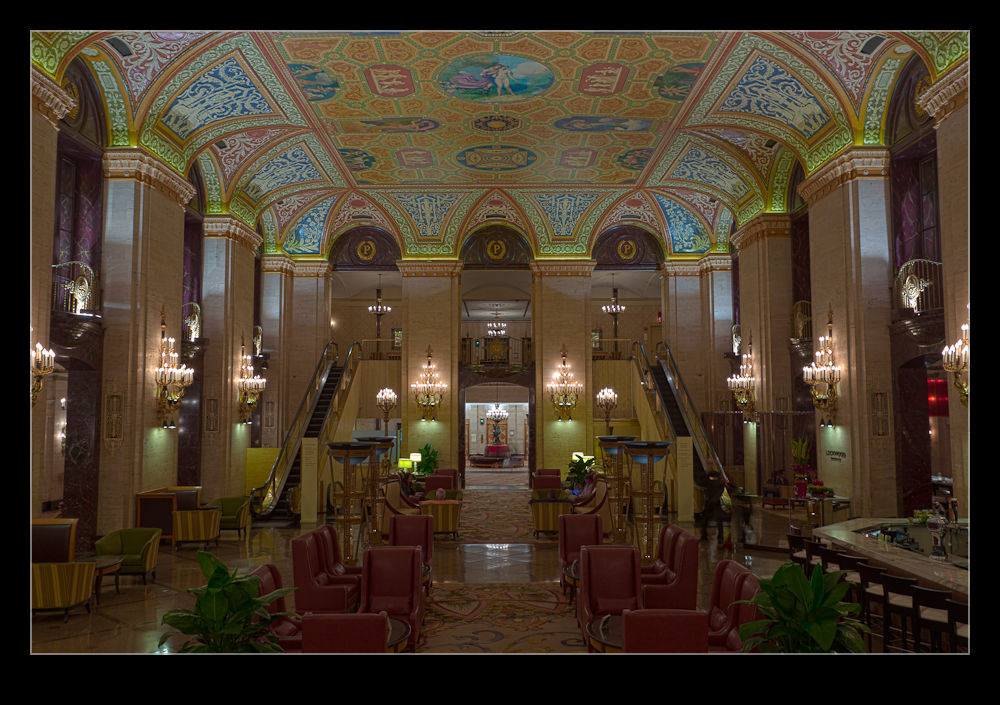 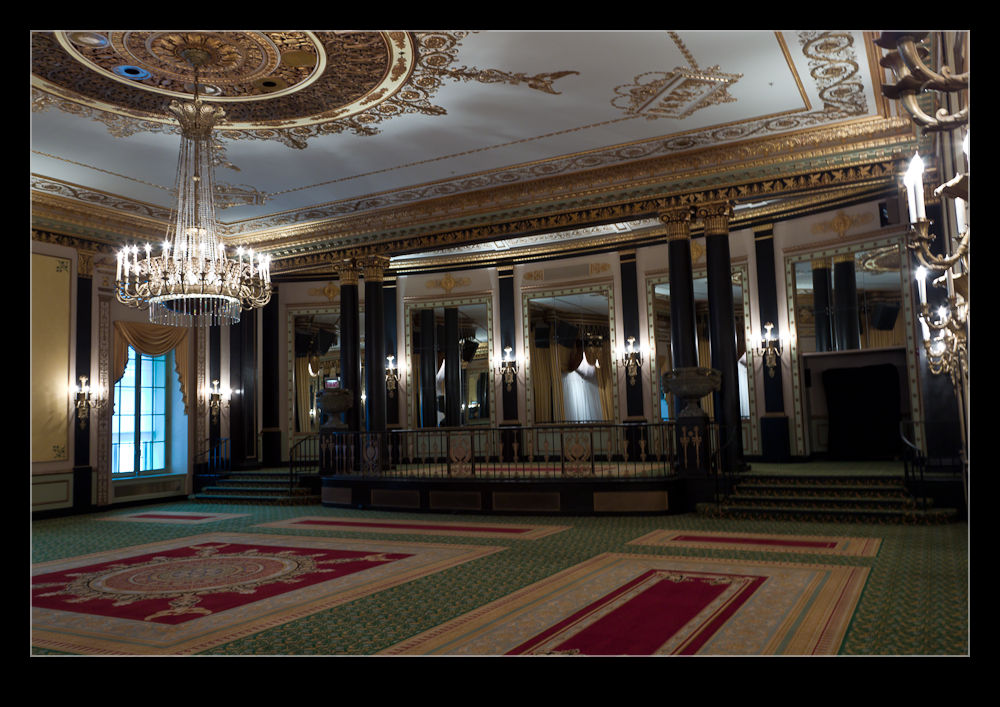 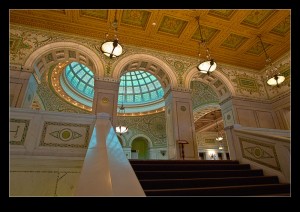 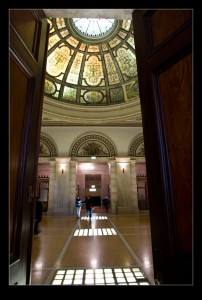 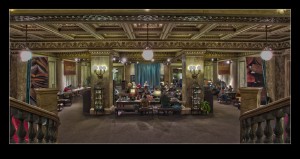 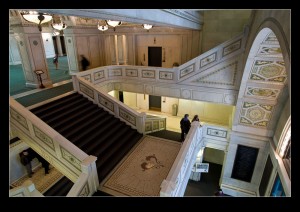 An ISAP friend of mine, Bonnie, was visiting Chicago with her husband Gary and her friend Julie to see a photography exhibit and asked if I wanted to tag along. Absolutely! Sometimes it is a little annoying to find out what is going on in your neighborhood from people out of town but always good to find stuff out. 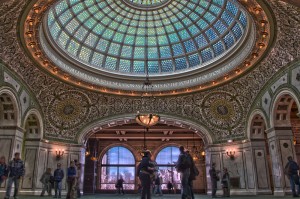 The exhibit was at the Chicago Cultural Center. It is the old library and is a really cool building. I am going to have to go back there and spend a bit more time – plus take equipment based on a plan rather than whatever I had with me. The colors and patterns are really vibrant but lighting is uneven so I decided to play with HDR for the day. 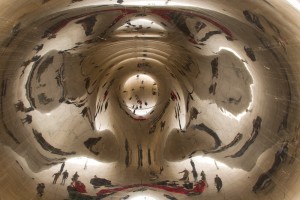 Once we had finished, we hopped across the road to Millennium Park. I know the Bean is a tourist trap but it is still really cool. I have no idea how many pictures I have taken of it, of the people around it or of the reflections of the city in it but I still come back for more. The view on the underside is particularly cool in my opinion! 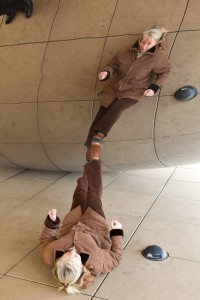 Everyone gets a kick out of their reflection in the Bean. It can be great fun to spend some time watching people spotting themselves and trying to do something a little different. Julie had a great idea to walk on the Bean and dropped to the ground to try it out. I think it worked rather well. I wonder how many other people tried it after we wandered off.

It wasn’t long before I needed to head back home and leave them to the rest of their day out (and the long drive back up to Wisconsin!). One of the things I had been discussing with Julie was my desire to get a good shot of the many fire escapes on the older buildings. As I headed back home, I passed a few more and had another go. 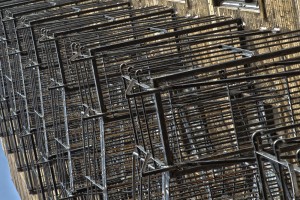 I still haven’t quite got what I want so I guess I will just have to keep trying. Whatever is in my head is not transferring itself to what I am shooting. Always another photo challenge I guess!