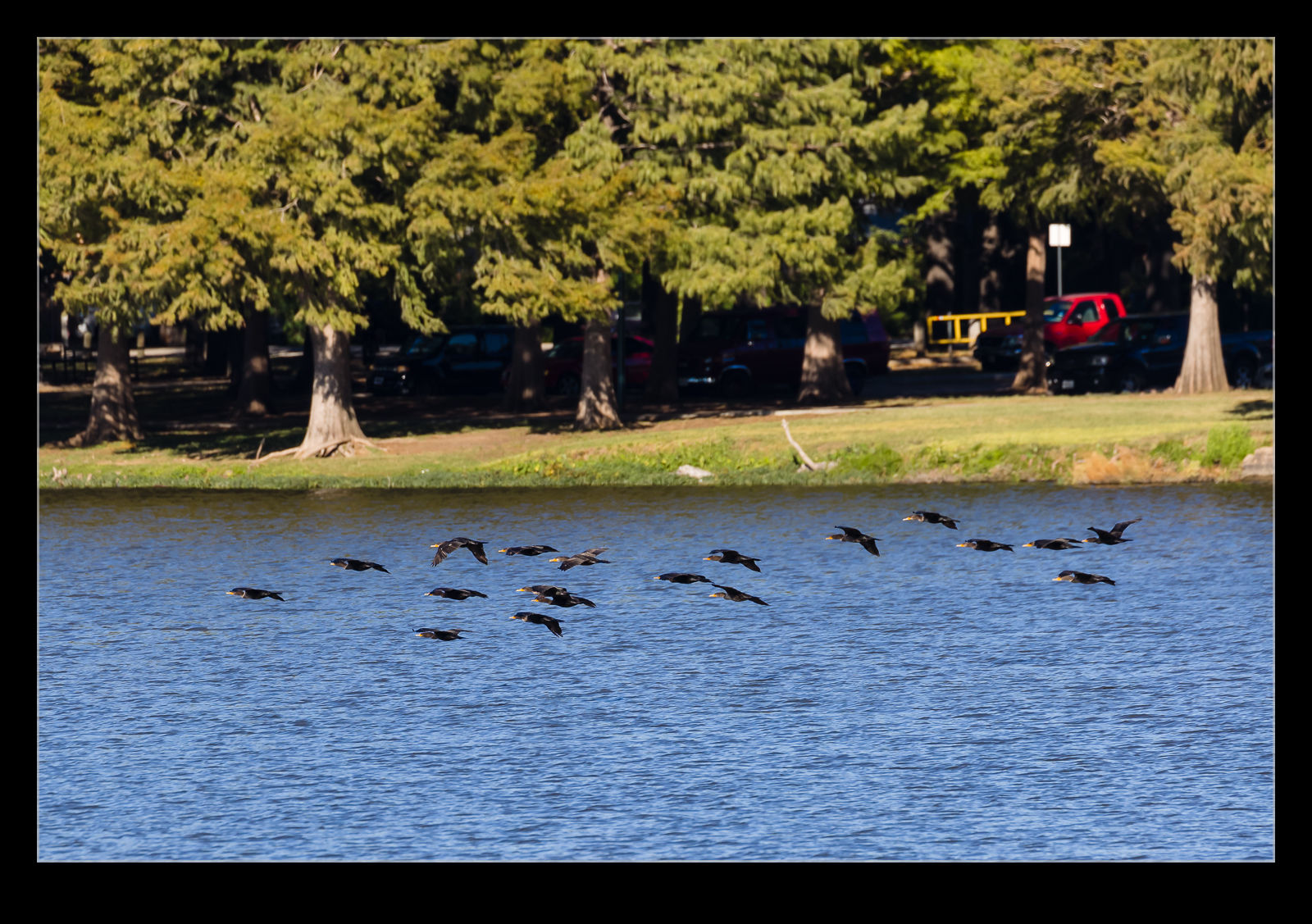 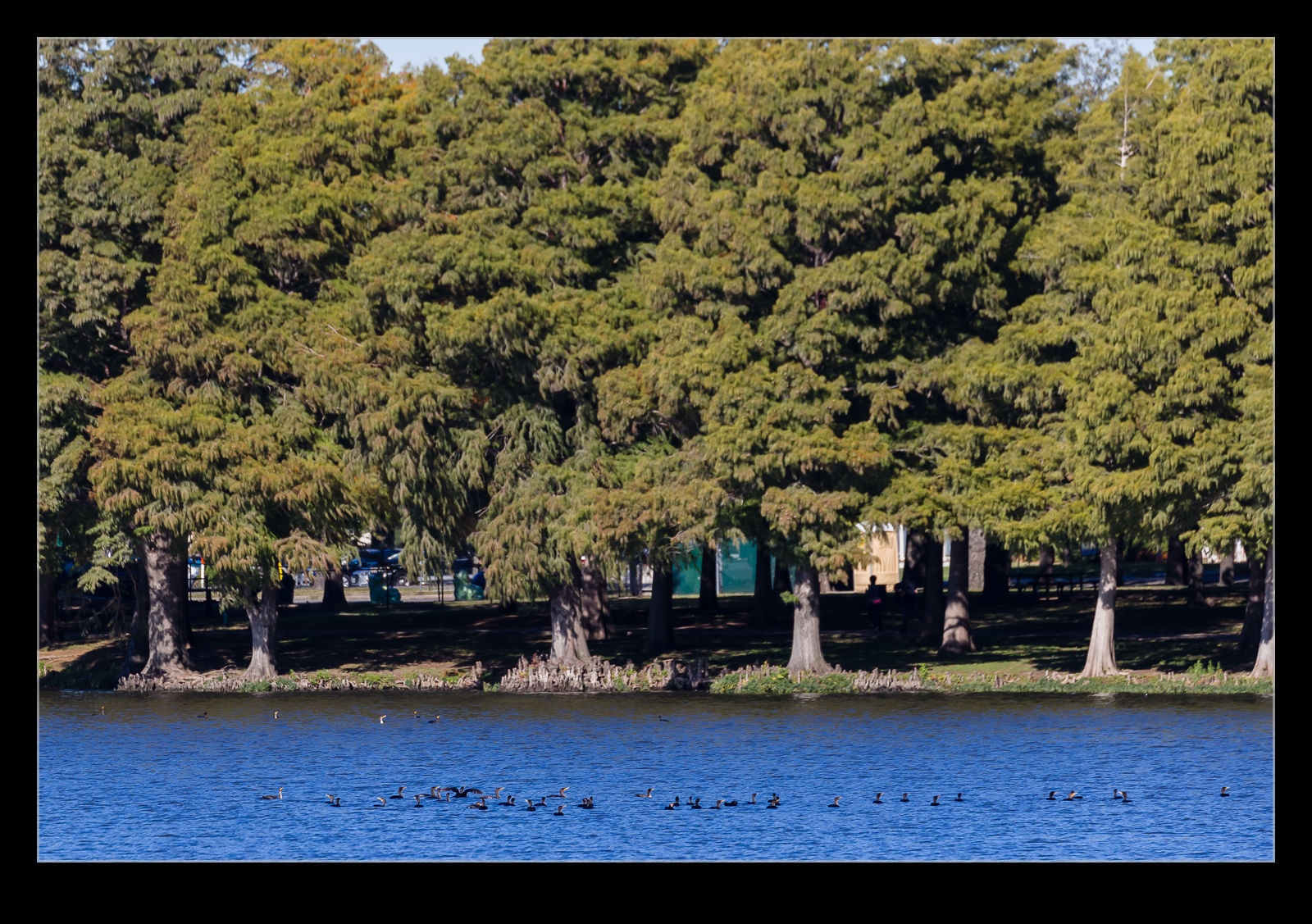 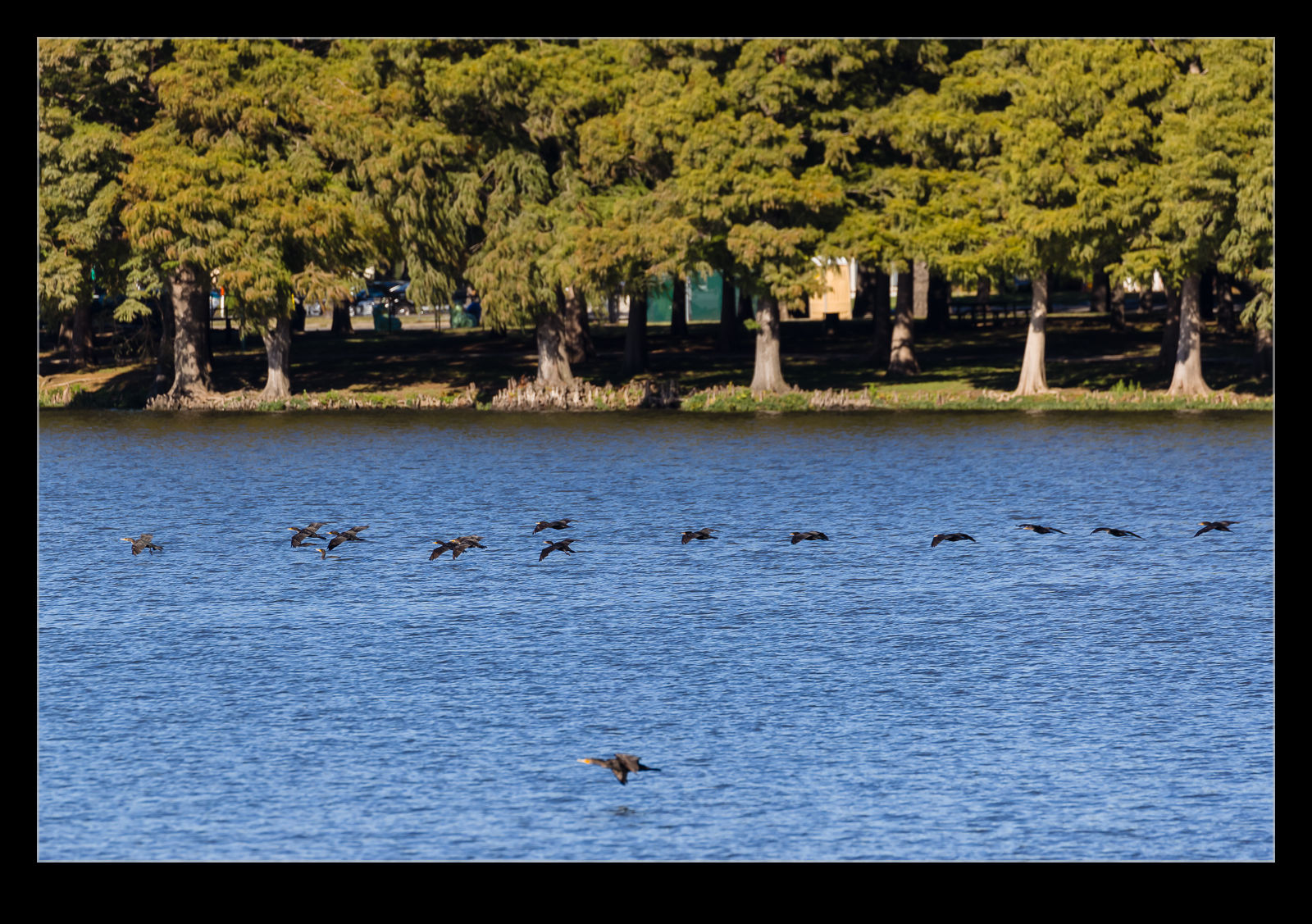 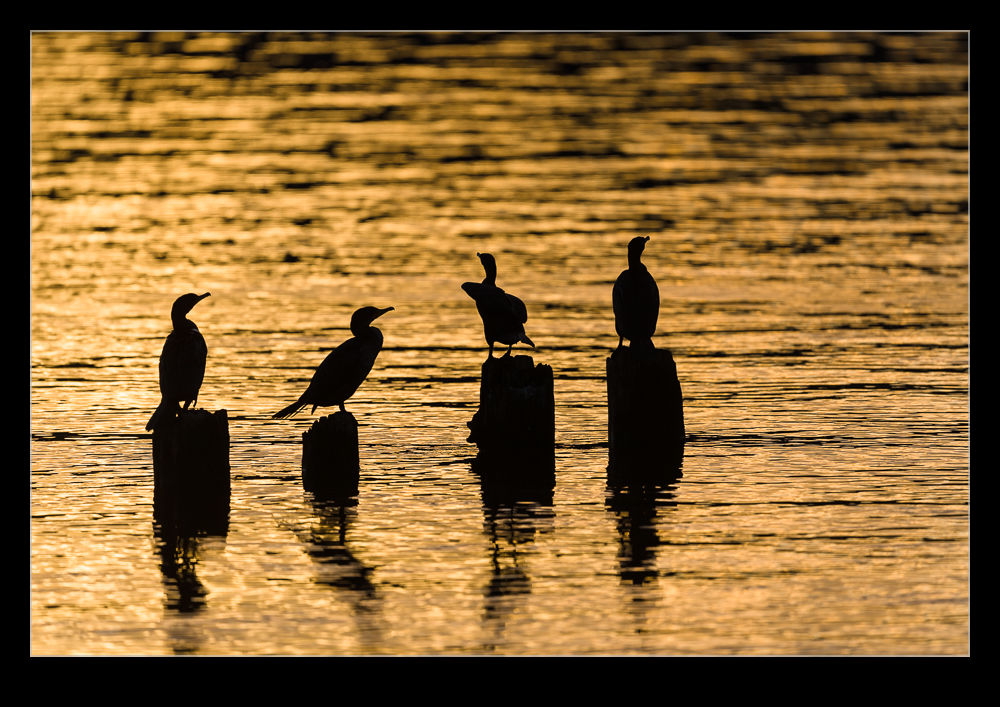 My sunbathing cormorant got his own post here as a result of being easy to photograph in the evening light.  There were plenty of other cormorants around that evening but the rest were around the piles out in the water in into the sun.  That did make for some nice silhouette shots instead so here they are.  You won’t be able to identify individual cormorants, though. 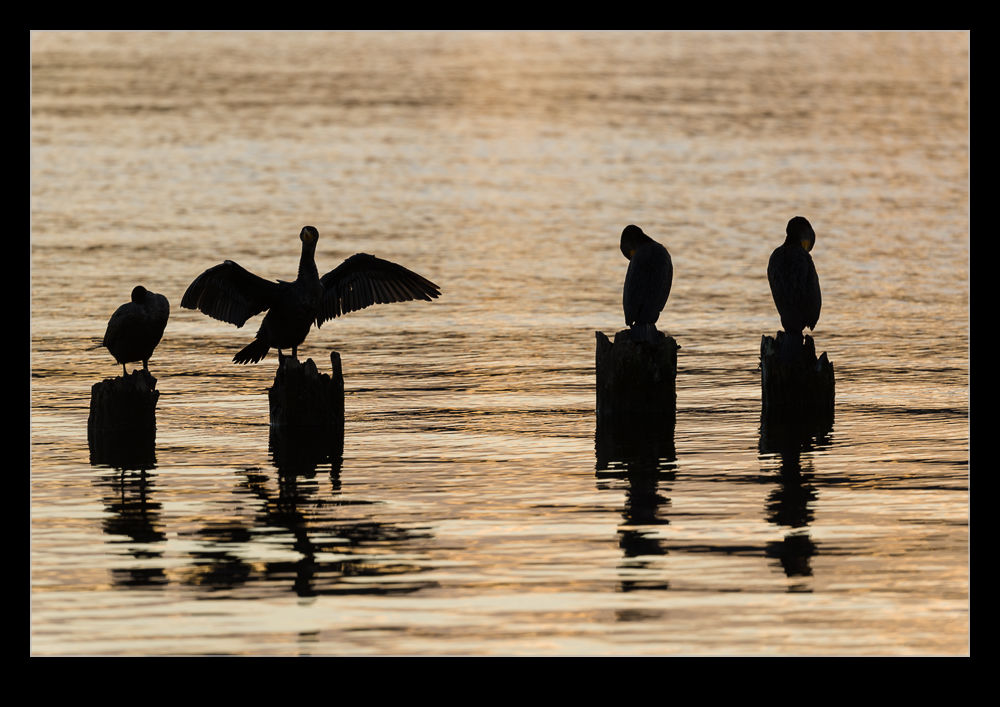 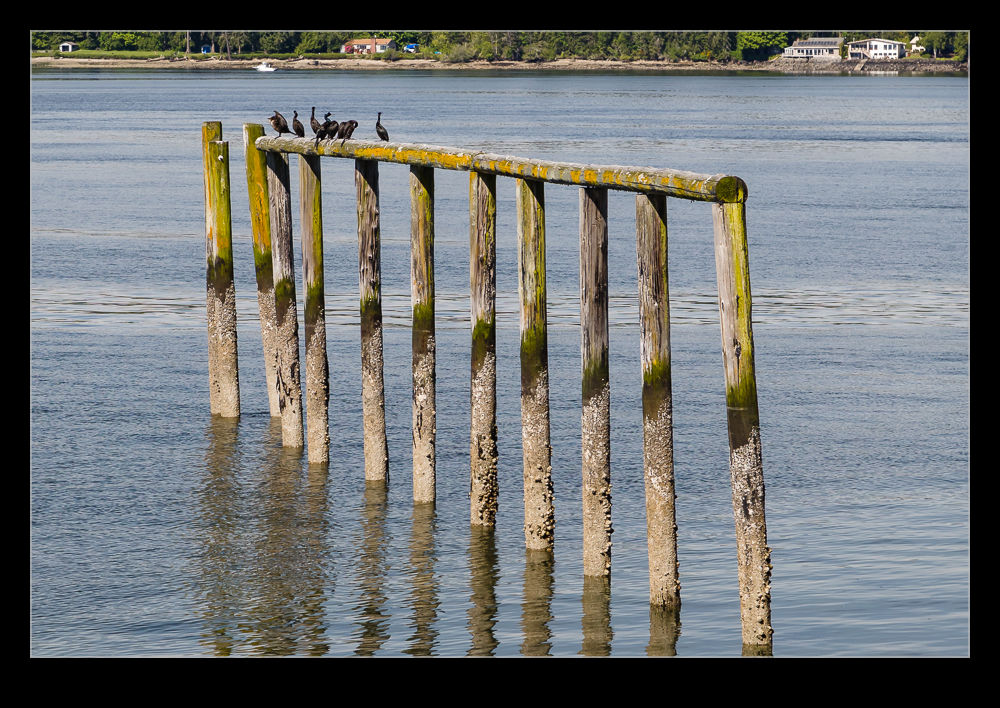 It’s been too long since we last had a cormorant on the blog.  Time to rectify that.  These are not action shots.  Instead, as we walked along the shoreline on Bainbridge Island, there was a wooden beam out in the water.  The cormorants were lined up waiting for me.  I think they knew I didn’t have a long lens with me, otherwise they would probably have flown off.  Instead, they were hanging out in the sun drying themselves.  My choice was to shoot from along the beam or side on.  I went with both! 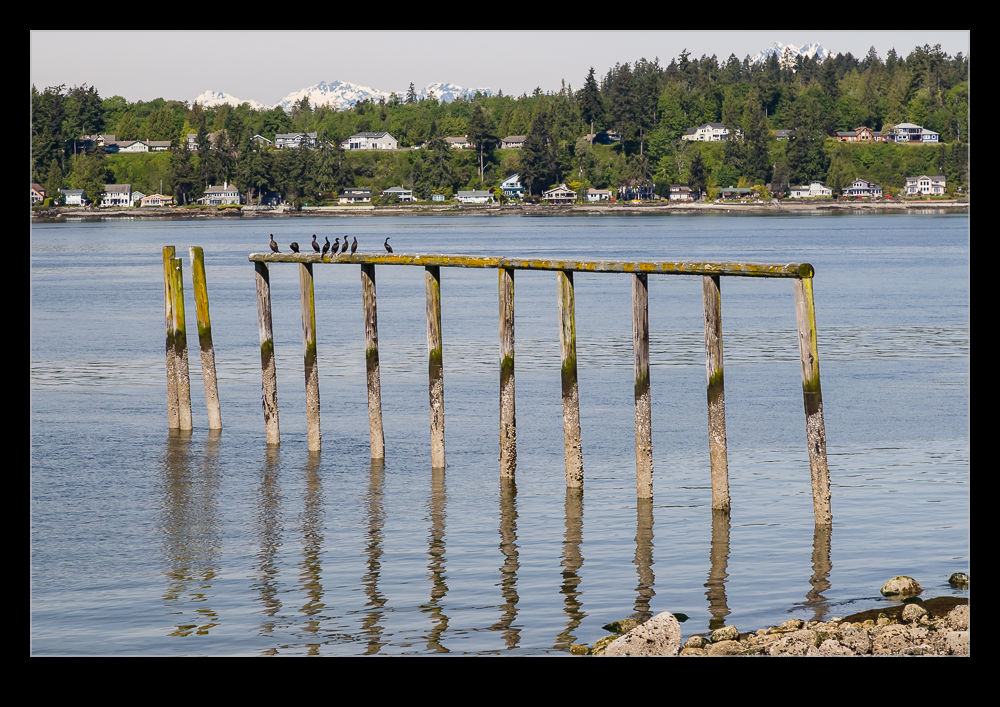