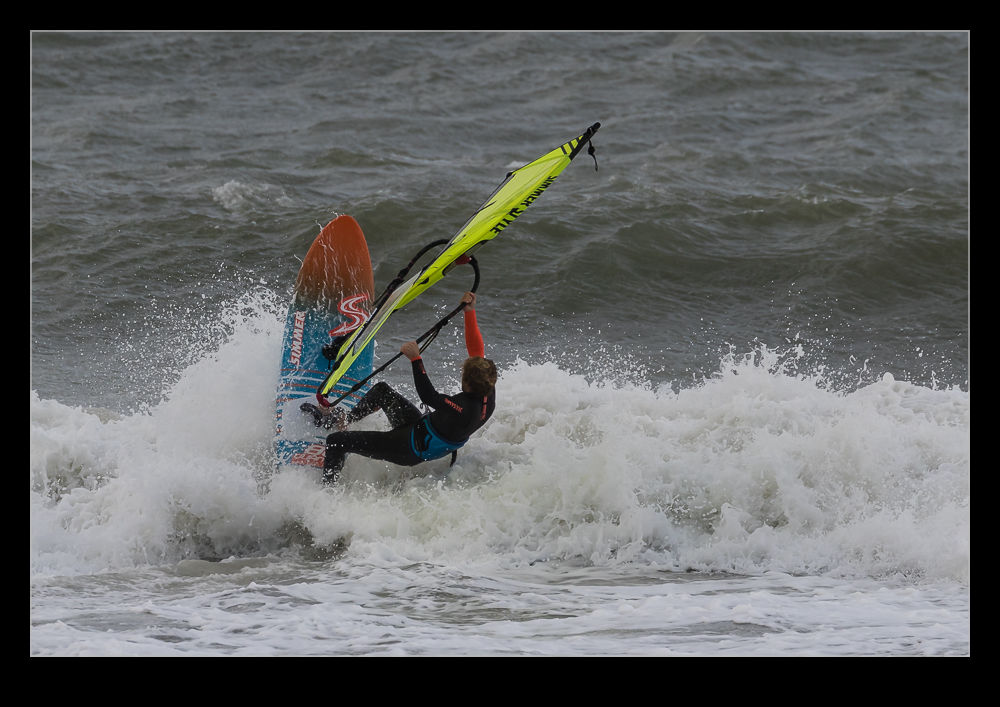 My trip to the Island was in the middle of Storm Brian.  It was lashing some parts of the country and the western end of the Island was apparently getting some serious wind but the east side was enjoying a bit of shelter.  That didn’t mean there wasn’t still some strong wind and a decent amount of wave action.  What better time for someone to go windsurfing?  Actually, several people were windsurfing.  One of them was close to where I was standing on the shore and, as he went out, he was running against the waves but with the wind behind him.  I was hoping for some big jumps off the waves but, while there were jumps, they were not too big.  He was certainly braver than I would have been though! 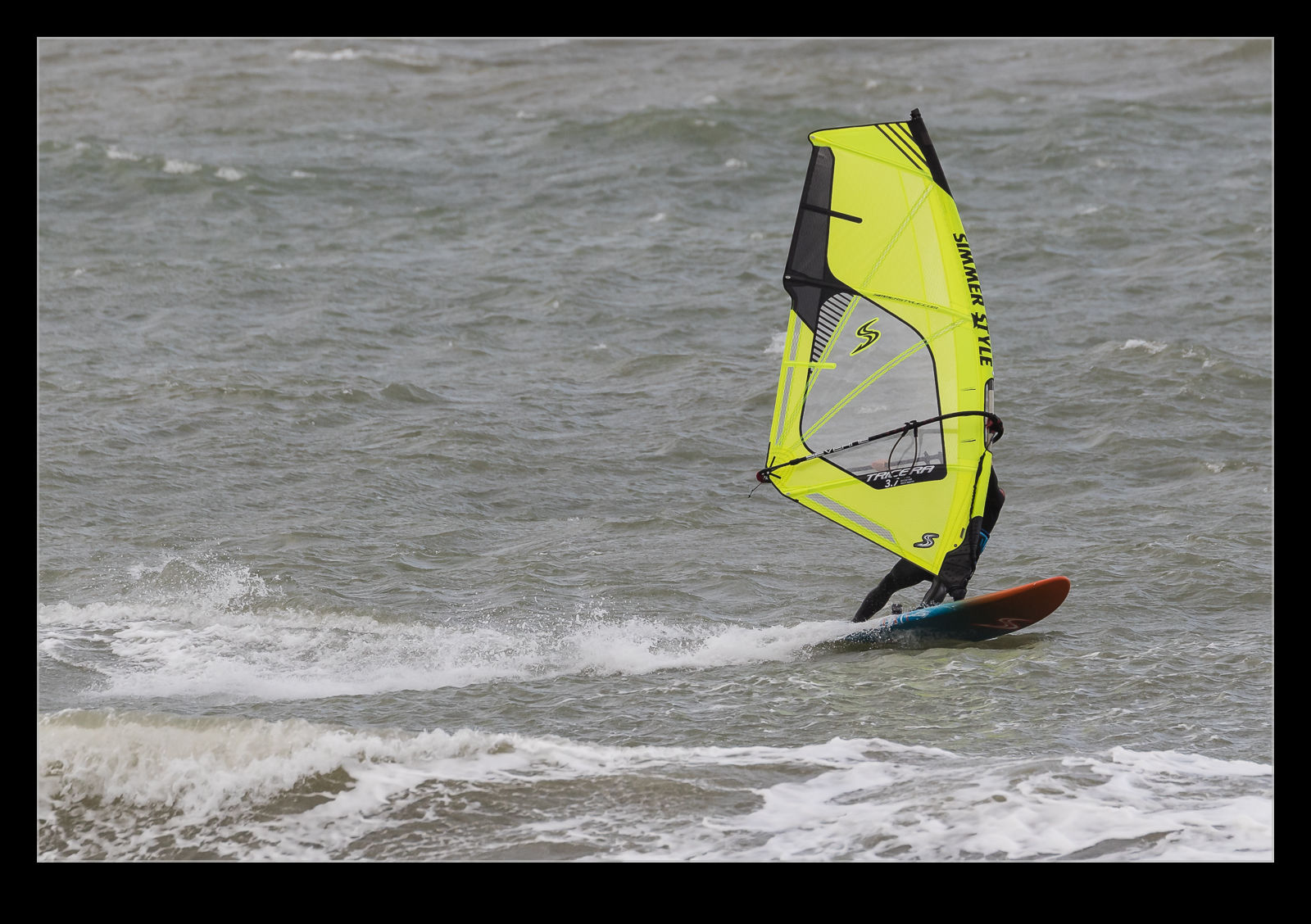 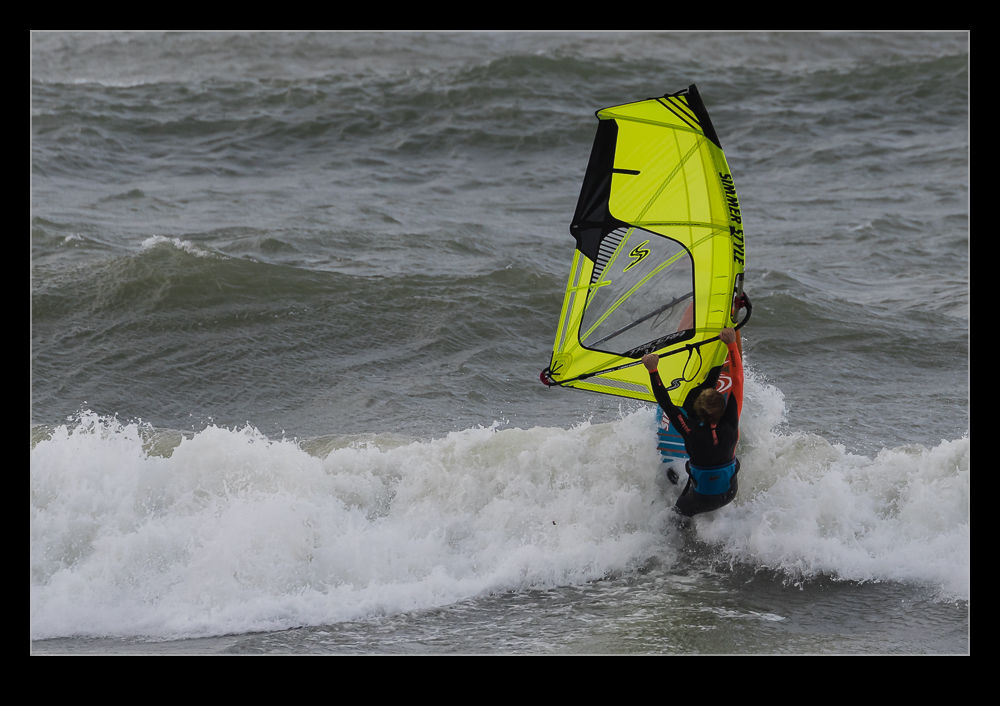