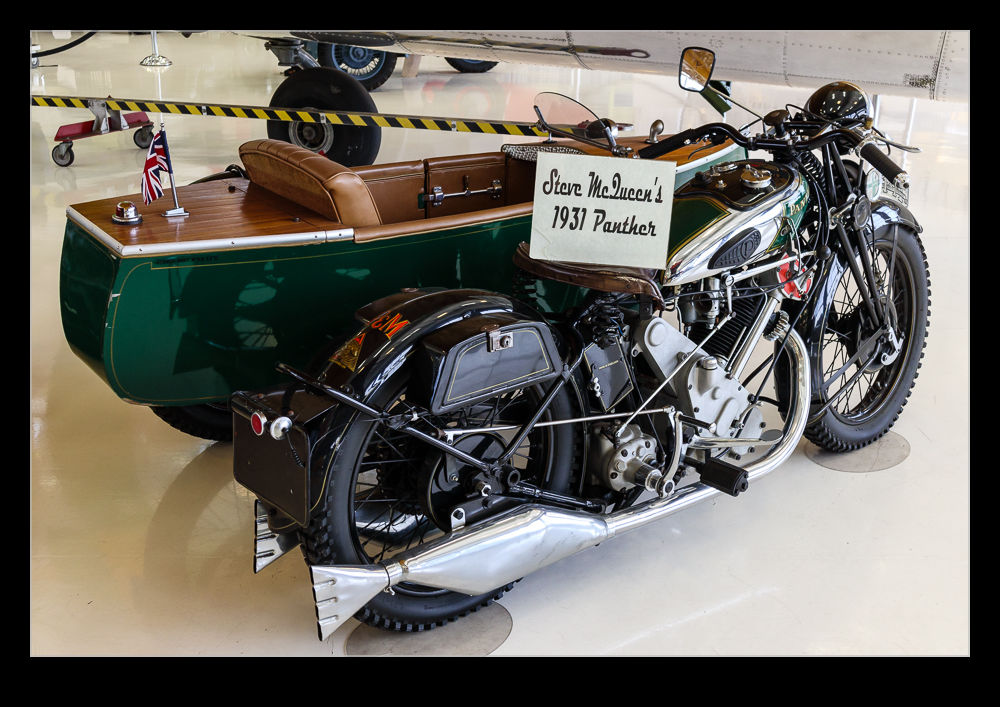 This bike was apparently owned by Steve McQueen.  I seem to have seen a bunch of cars and bikes that he apparently owned so I guess he was a keen collector of motorized transport.  The style of the bike is definitely old but that wasn’t what caught my eye.  Instead, the sidecar was what I liked.  It appeared to have been styled and constructed like a boat.  It seemed rather out of place compared to the bike but it was definitely interesting.  It was tucked under something else which made getting a shot of it a bit tricky but worth it all the same. 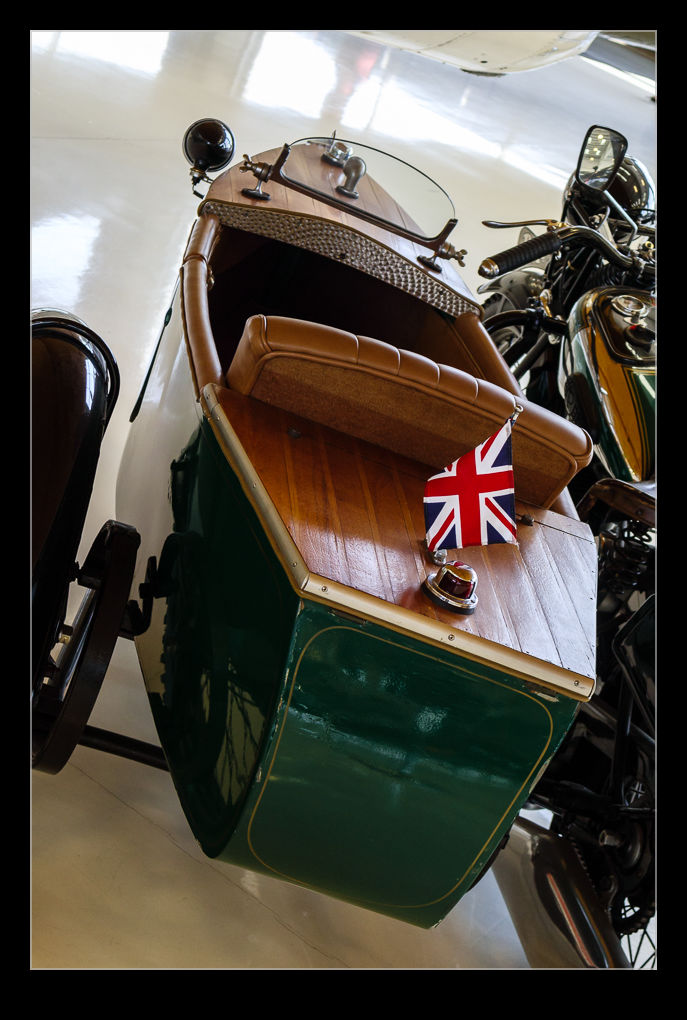