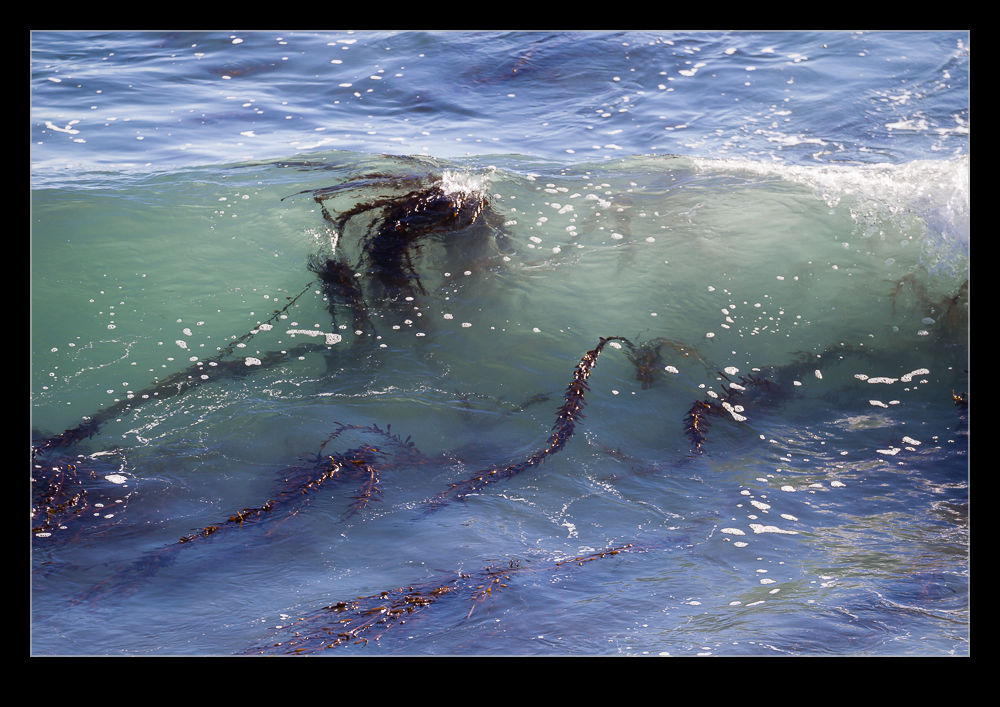 I am fascinated by waves. I can easily spend hours at the shore watching the waves come rolling in. They are always changing and that is, in itself, interesting to me. Another thing I love is seeing the color in the water as the wave grows and breaks. As the wave gets close to breaking, the light shines through the water as it thins creating a green color that I love. However, on the visit to Santa Cruz, there was something new to see. 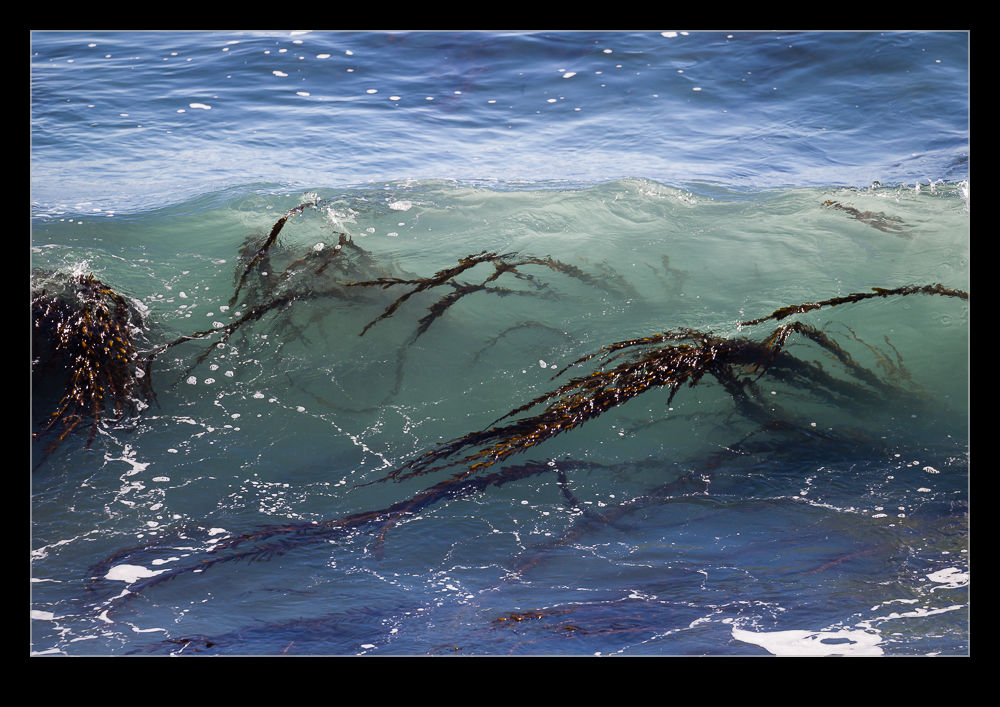 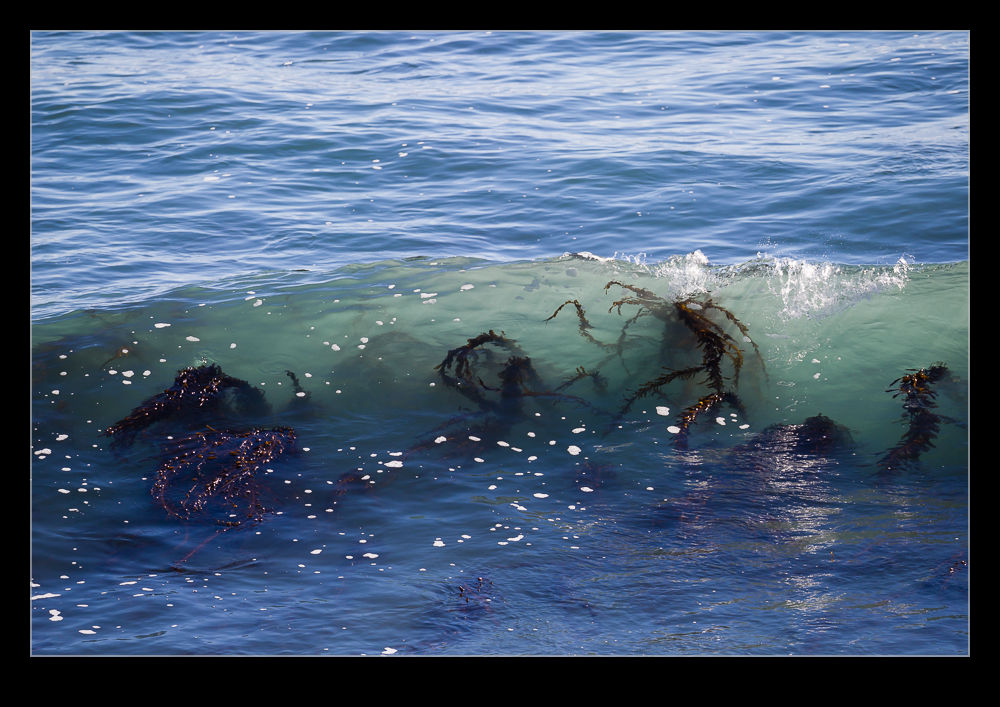