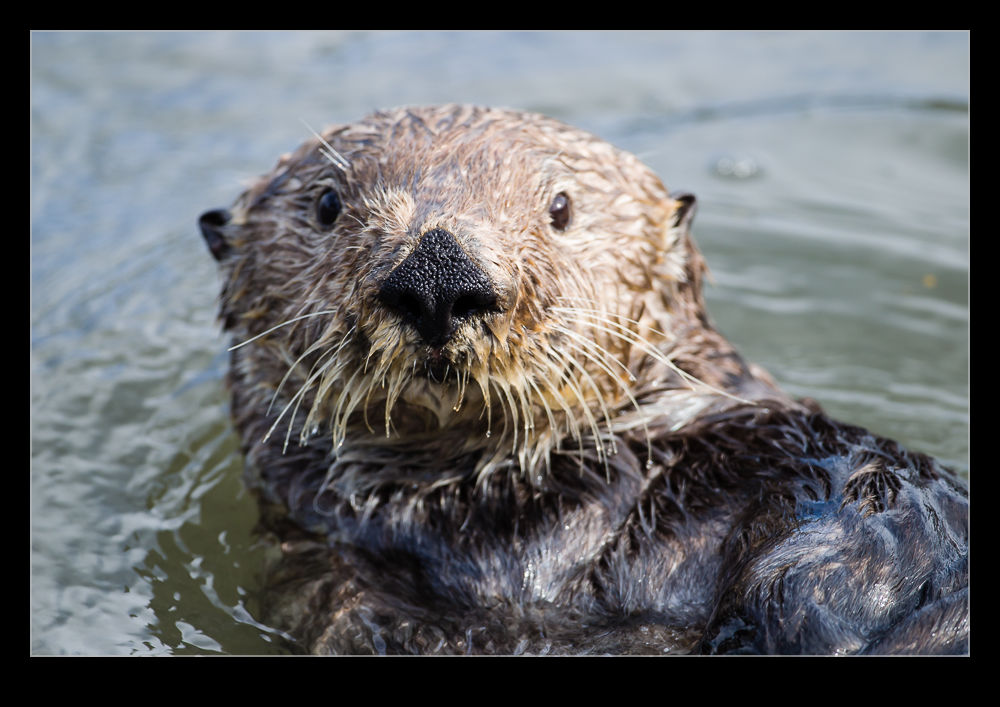 In a previous trip to Monterey, I saw some sea otters out in the bay near the aquarium.  I was interested in heading back to try and get something a bit better than last time and that included taking along a lens that was a bit more up to the task.  I had done a little research online about places where he sea otters are regularly seen and decided to go to Moss Landing which is further up the bay from Monterey itself.  There is a marina there which was supposed to be popular with the otters.  I had no idea whether this meant they were always there or it was just a good chance that they might show up.  Imagine my surprise, then, to pull up and see two otters in the water right next to the road. 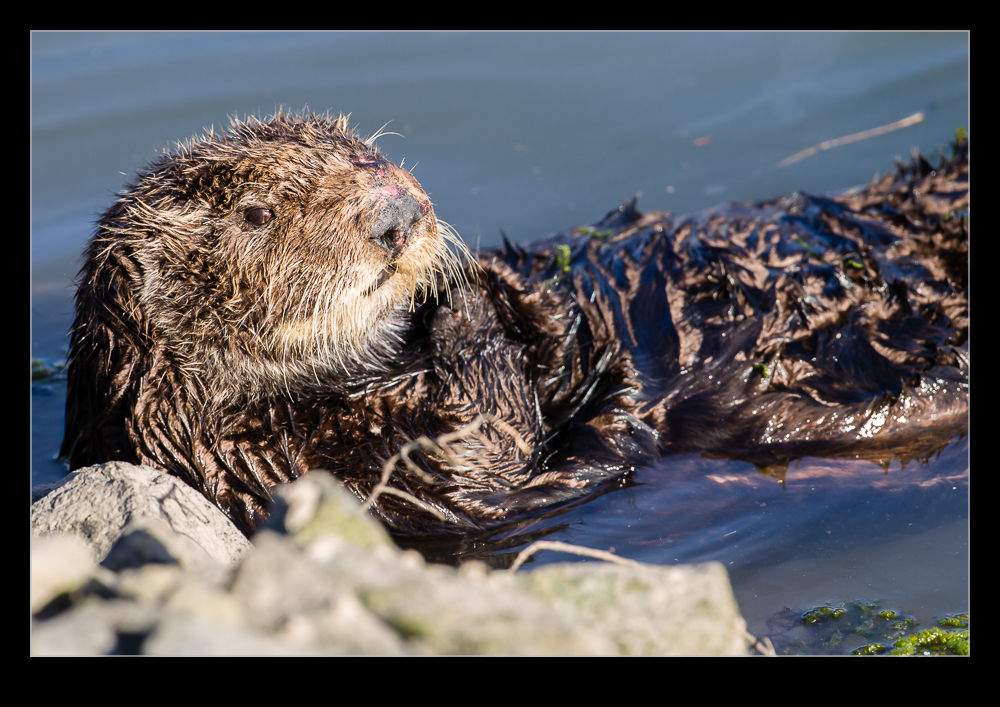 We weren’t the only ones paying them a visit.  There were a few people around with some long lenses on display.  One of the otters was pretty subdued and seemed to be focused on grooming while the other was a lot more active.  Lots of twisting and diving was going on and the constant movement made tracking for a good shot a little harder than might have been expected.  They aren’t the hardest target by any stretch of the imagination but when they are active, they really don’t stay still for long.  If they are lying on their back and grooming, things are a little easier. 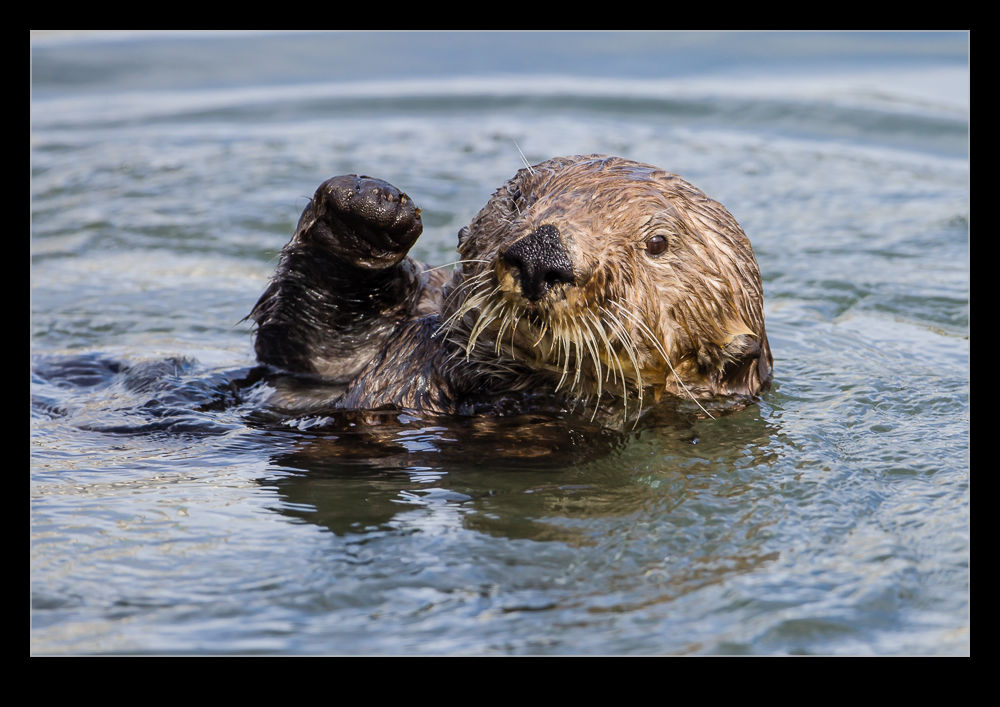 I didn’t just pay attention to the otters near the road.  There were a bunch of them out in the entrance to the harbor feeding on the local shellfish.  It was fun to watch them come back to the surface, start to feed and attract the attention of the seagulls that saw a meal for the taking and decided to have a go.  Of course, sea otters have some pretty healthy claws and teeth so were not an easy mark for the gulls.  They seemed to keep their prize but it didn’t stop the gulls having a go.  Sometimes, they just seemed to sit and watch.  Maybe they were just envious. 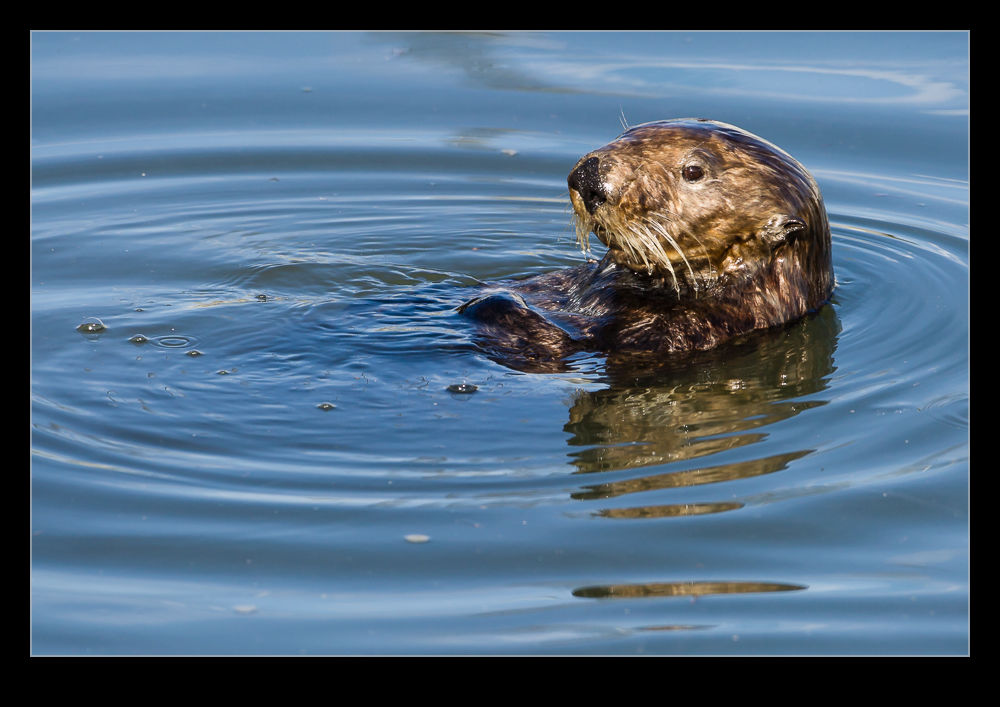 Getting a good shot of the otters was harder than I expected.  With them constantly on the move, they always seemed to be lined up in the wrong direction.  The back of the head does not make a good shot and they seem to blink a lot so, without the eye, the image looks less interesting.  A bit of patience was in order.  Also, using the long lens in close meant that the depth of field was shallow so a sharp eye meant a blurred nose and vice versa.  I looked at both types of shot to see if it mattered and, while when looking at normal size, it didn’t make a big difference, the shots with the eye sharp did appear better.  I guess that rule is not a bad one!