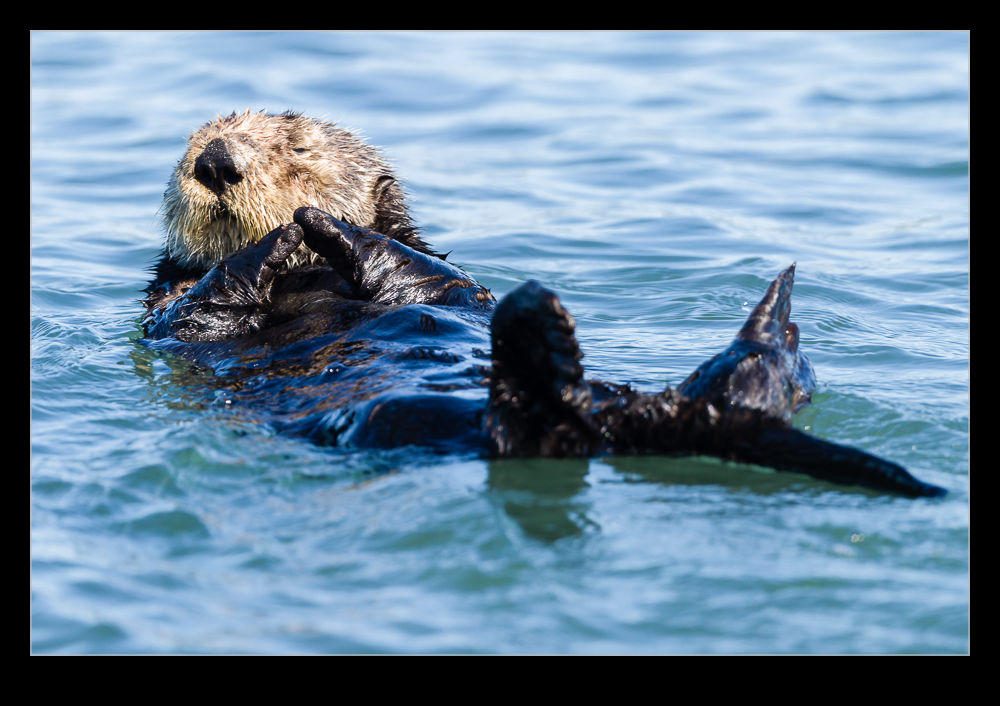 We took a great trip to do a little wildlife spotting. Nancy found out about a tour operation in Moss landing on the coast of Monterey Bay. They are called Elkhorn Slough Safari and you can find out more about them at http://www.elkhornslough.com/ if you are interested. Elkhorn Slough is an estuary area that comes out at Moss Landing. It is absolutely packed with wildlife (so expect a few more posts). The company operates a pontoon boat that takes you through the marina and up into the slough. On the day we went, the boat was reasonably full but there was a bit of space. The captain was very helpful when he saw me carrying camera gear and cleared out space for me at the back of the boat which allowed me to move from side to side as anything came up. He constantly pointed out anything that could be of interest. 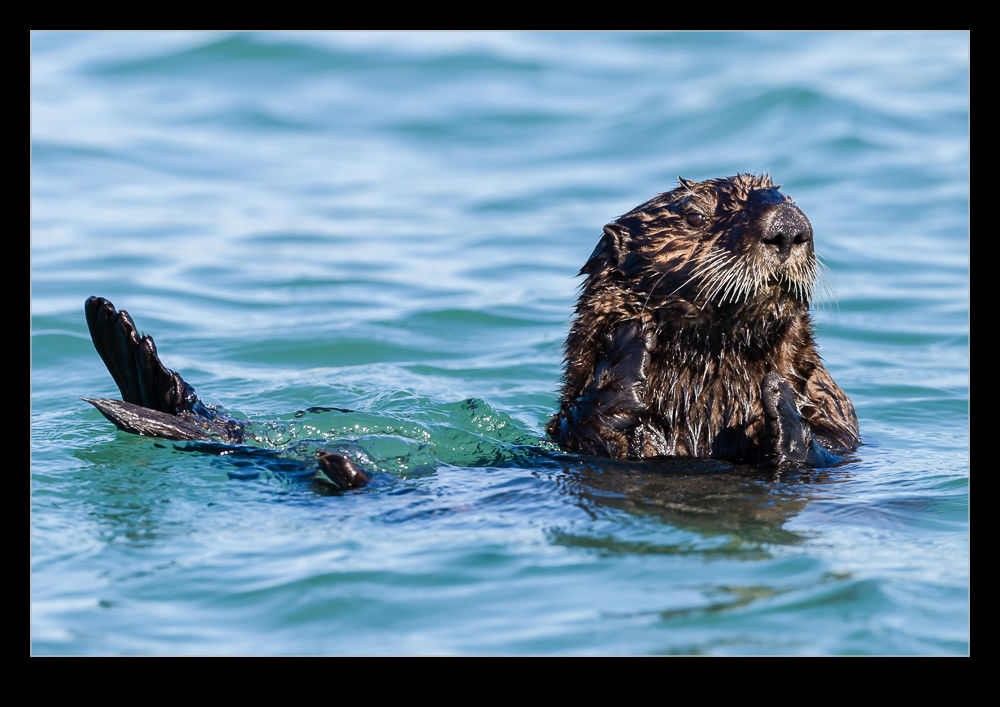 I won’t tell you too much more about the tour other than to say that the two people taking care of us were great, very friendly, helpful at spotting things and they provided some great cookies which I wouldn’t have minded chomping the lot! 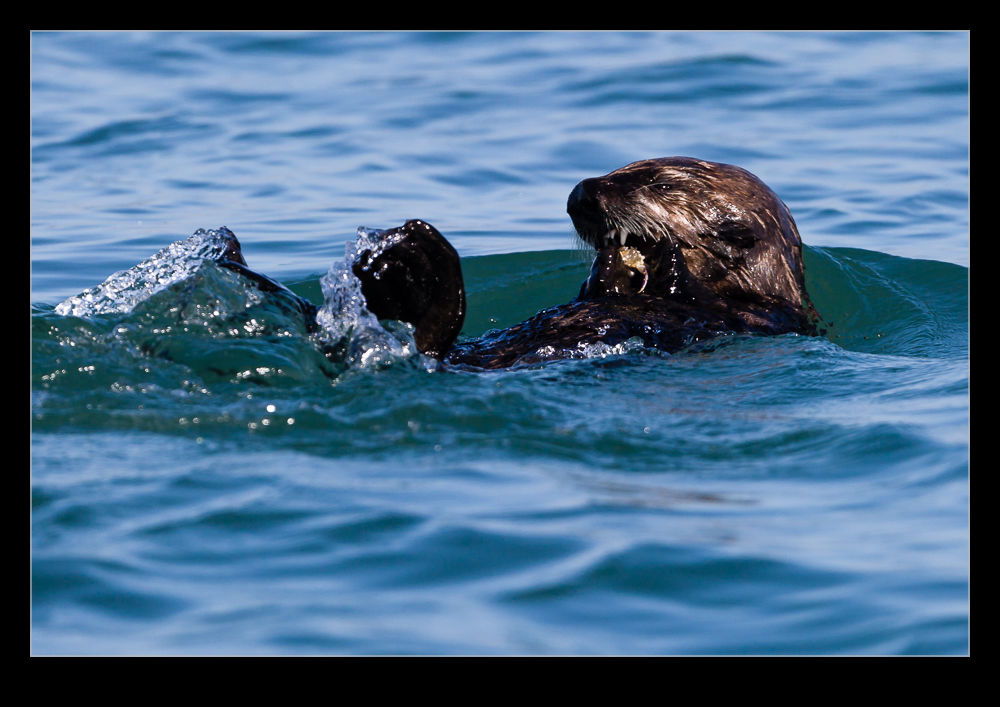 First in the posts will be the subject that probably attracts a lot of the visitors and that is Sea Otters. This part of the coastline has a very dense population of Sea otters. In fact, we probably got to see a substantial chunk of the California population on this trip. There are obviously lots more of them along the coast but here they are gathered close together. As we motored along the water, we saw a steady stream of them diving for food, eating their catch, playing around with each other or in one particularly impressive area, about 30 of them formed up in a large group just hanging out. 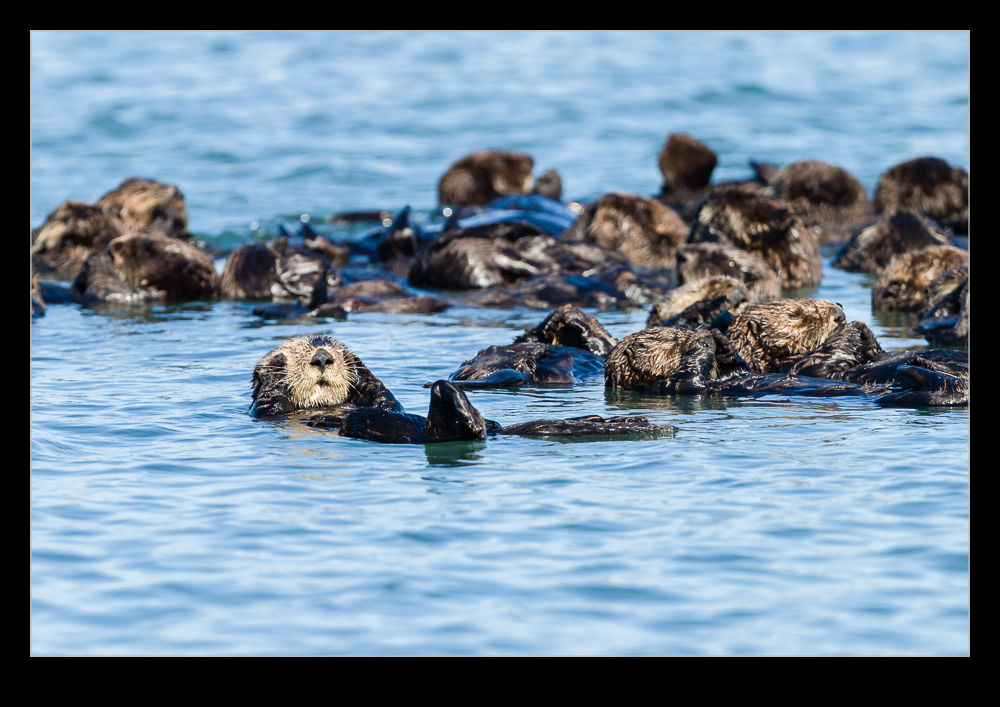 We also came across a mother with a pretty fresh looking baby. She was floating on her back with the baby resting on her stomach. Apparently the babies float right away so she can go hunting and leave them to bob on the surface although other otters may hijack the kid until the mother hands over her catch. Sweet creatures! 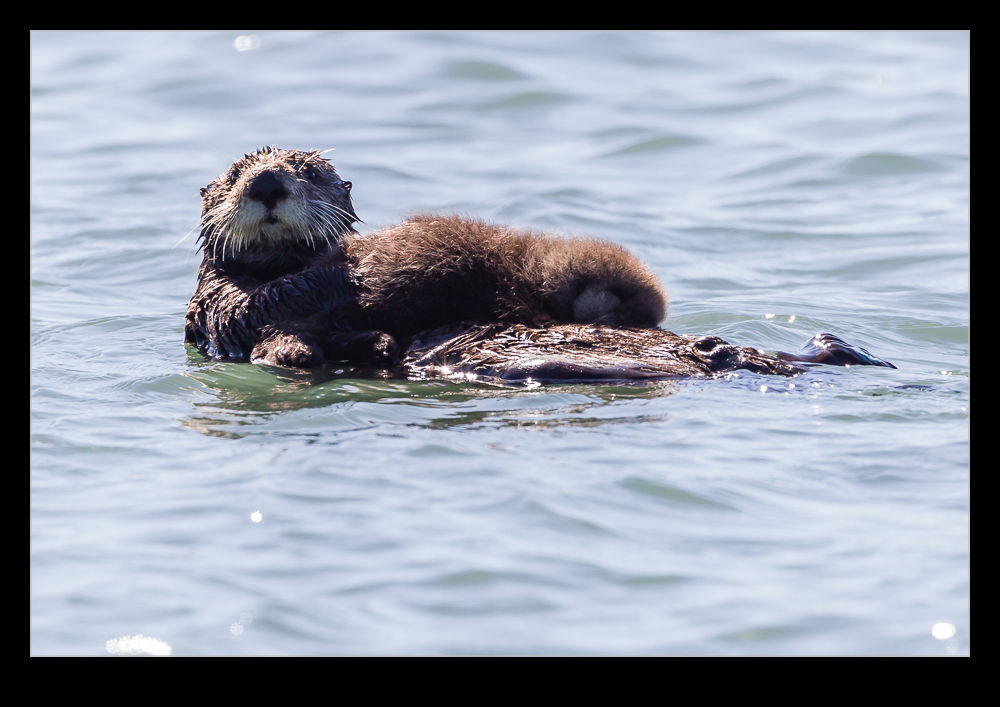 I won’t tell you how many otter pictures I took. Here is a VERY small sample of what I got that day.