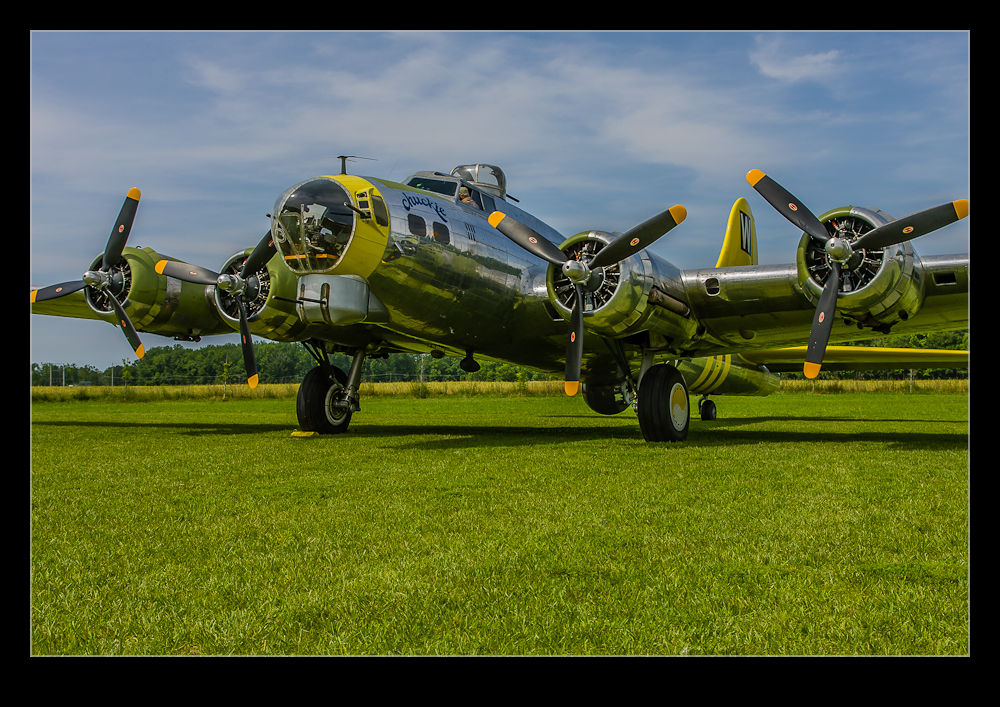 Continuing my theme of items related to the ISAP symposium, we took a trip to the Museum of Military Aviation at Pungo south of Virginia Beach.  Actually, we took two trips to be accurate.  The first was part of the symposium field trip and the second was after the symposium had concluded and was for the air show at the museum.  Since they were preparing for the air show on the Friday of the field trip, I think it is fair to combine the two events into one posting. 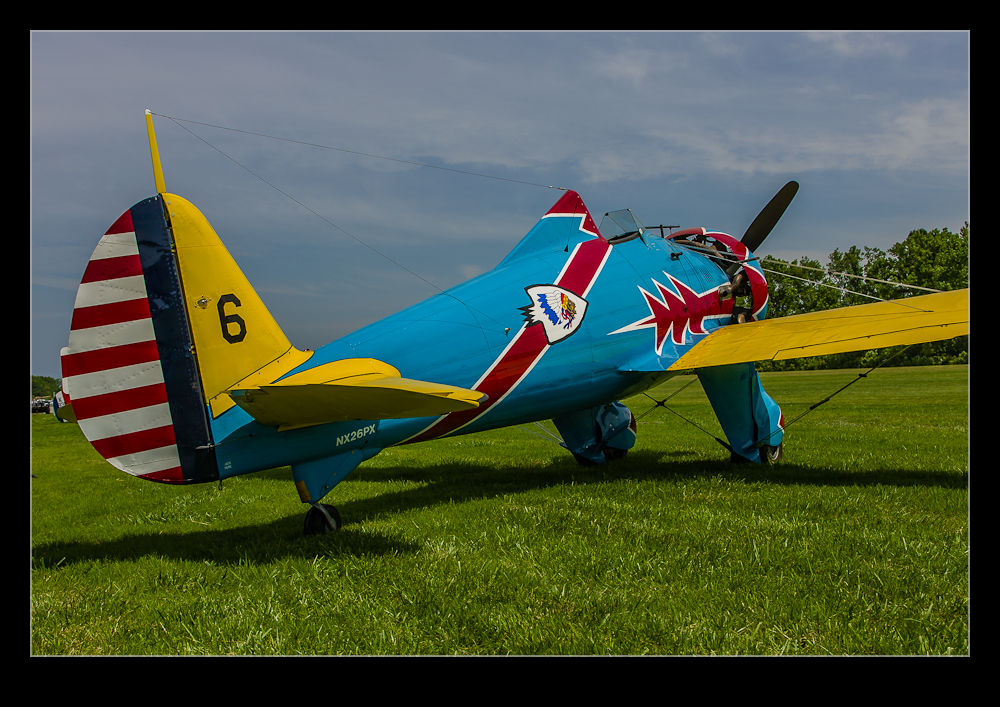 Friday was a great day from a weather perspective except that it was quite windy and, more importantly from an aviating perspective, the wind was directly across the runway.  This meant that not too much flying was going on.  With a great collection of vintage military aircraft available, this was a shame.  However, they were all laid out along the field to take a look at so we were able to get up close and personal with a bunch of cool aircraft. 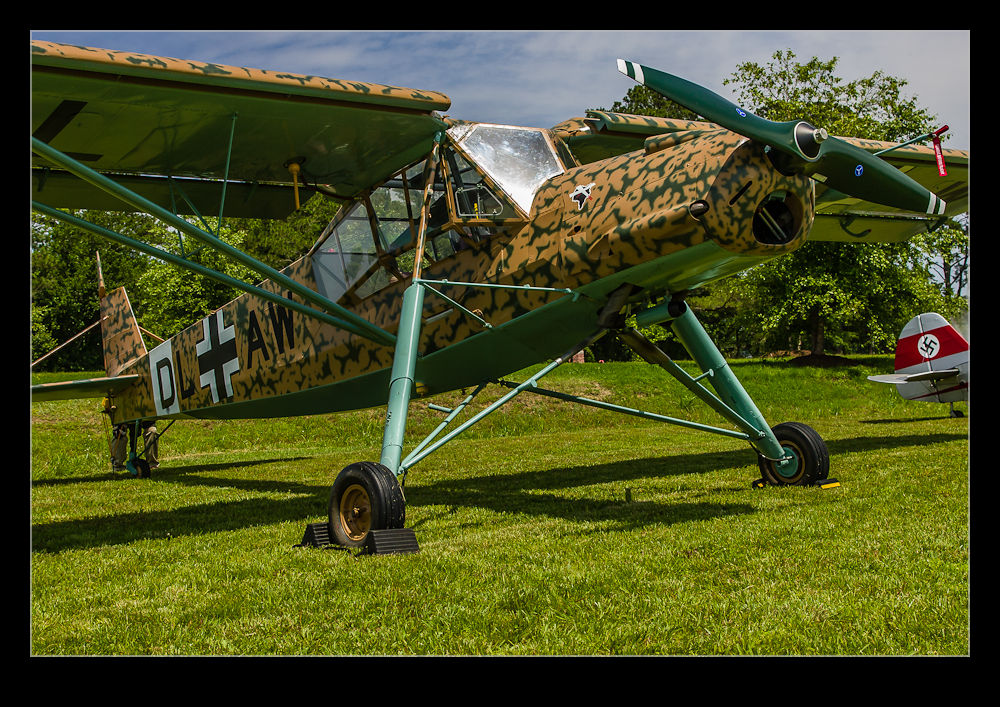 One of the planned attendees for the show did appear but that is something I am going to save for another post.  The show also included a lot of reenactors who had set up encampments around the site.  For a lot of the group, this proved to be a good alternative to go and photograph.  Normally, I am more than willing to photograph anything interesting or unusual but, for some reason, I didn’t get into this topic at all. 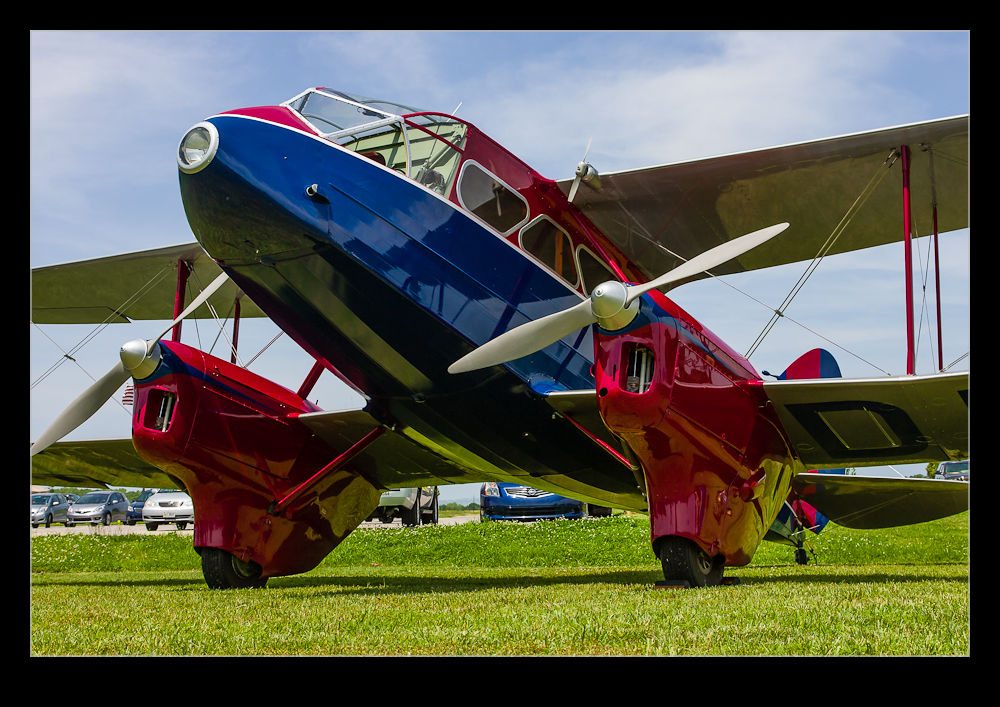 It is not that they weren’t worthy of photographing.  If you look at the images that people got you can see some good work.  My friend Jo recently blogged about this very topic here so you can see some of what was there.  However, in this case it just did not seem to work for me so I spent my time wandering around other parts of the museum. 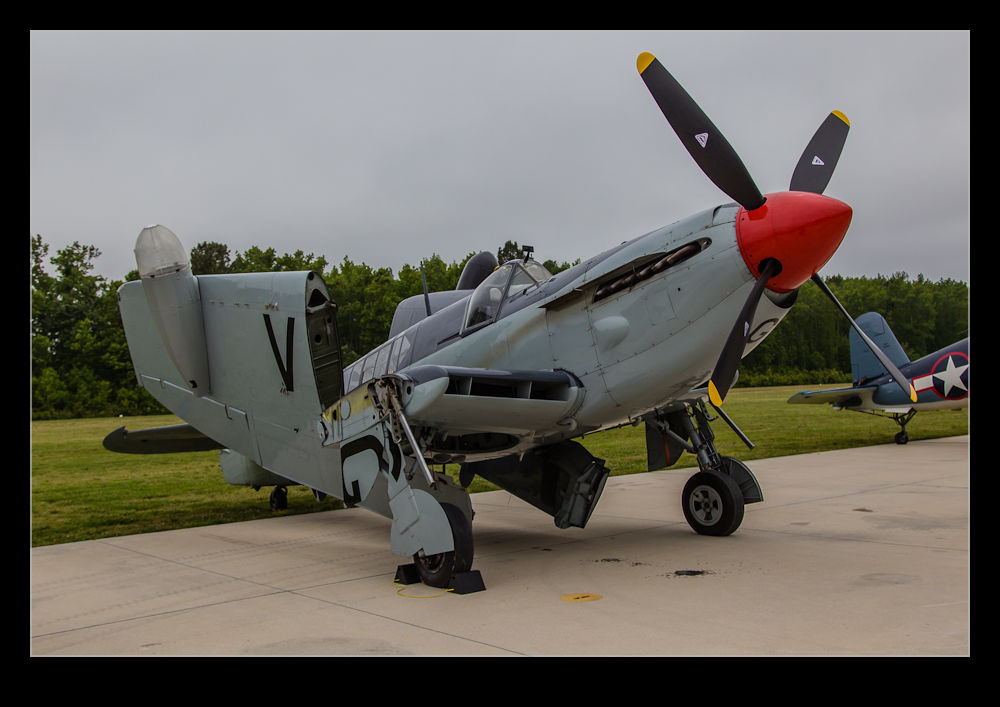 The Sunday of the show arrived with very unfavorable weather.  Apparently the Saturday had been pretty good but Sunday had low clouds and rain when we got there.  It appeared highly unlikely that it was going to improve but we waited it out for a while.  The reenactors were out again so there was much for people to see but, since I was more bothered about the aircraft, I focused on them.  A few extra aircraft had arrived since we had been there on Friday, my favorite being a Fairey Firefly that had come in from Canada.  They were supposed to depart late morning for their trip home but sadly the weather got too bad to allow even that departure. 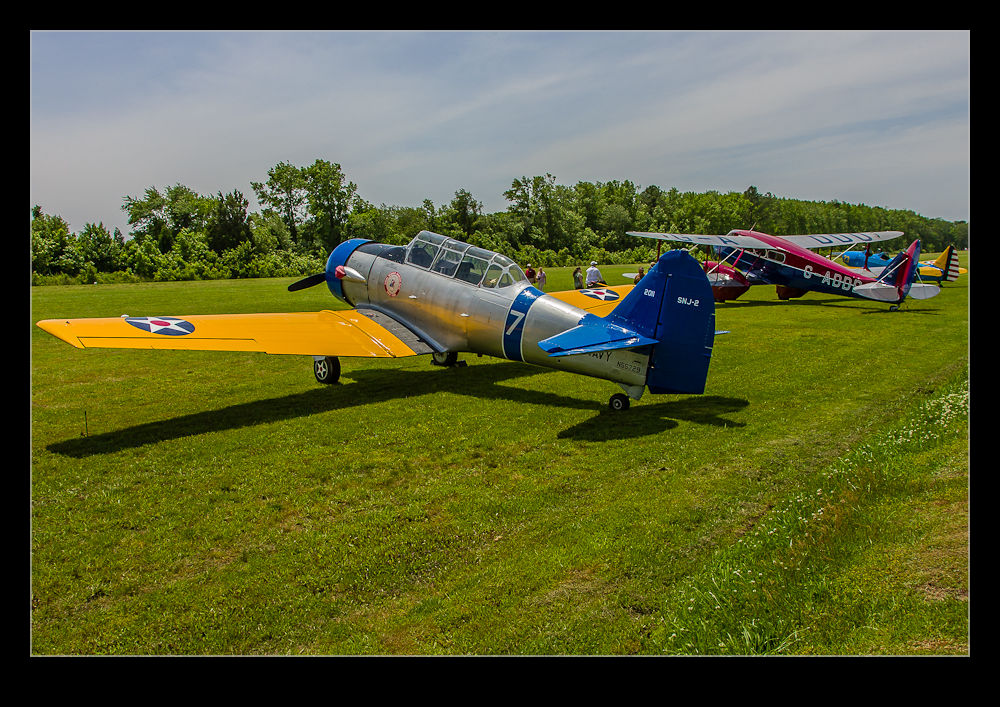 I certainly enjoyed seeing the various aircraft at the museum and there for the show.  It was a shame they weren’t granted better weather as I’m sure their ticket sales will have suffered (although a surprising number of people continued to arrive while we were there) but hopefully they will have achieved enough to support the ongoing work of the museum.  They certainly need to be commended for their efforts putting together the event. 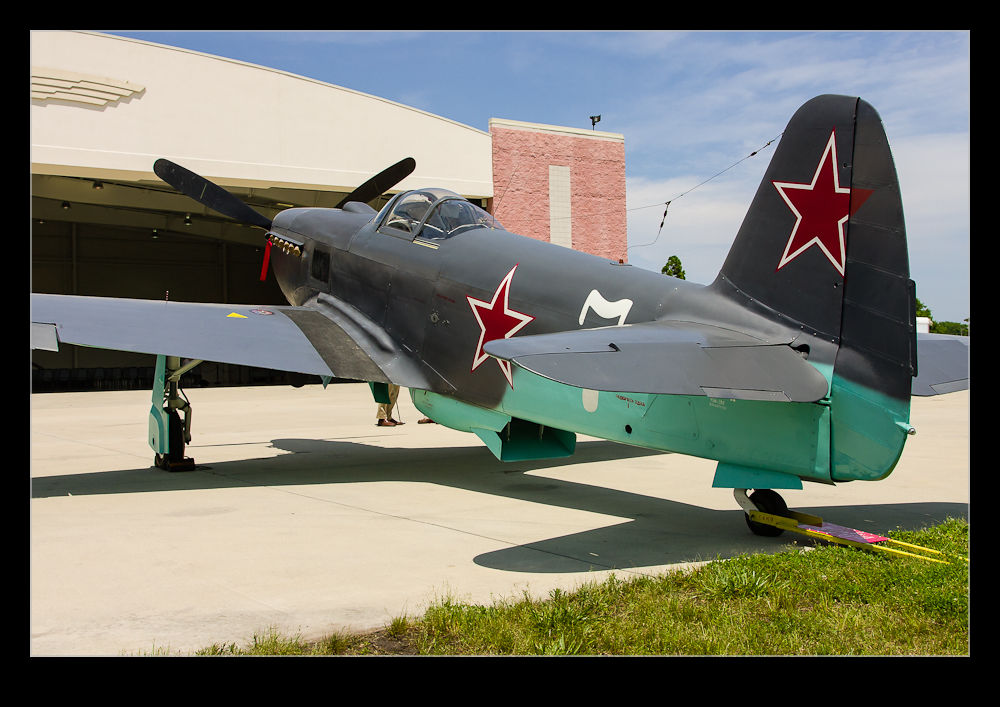 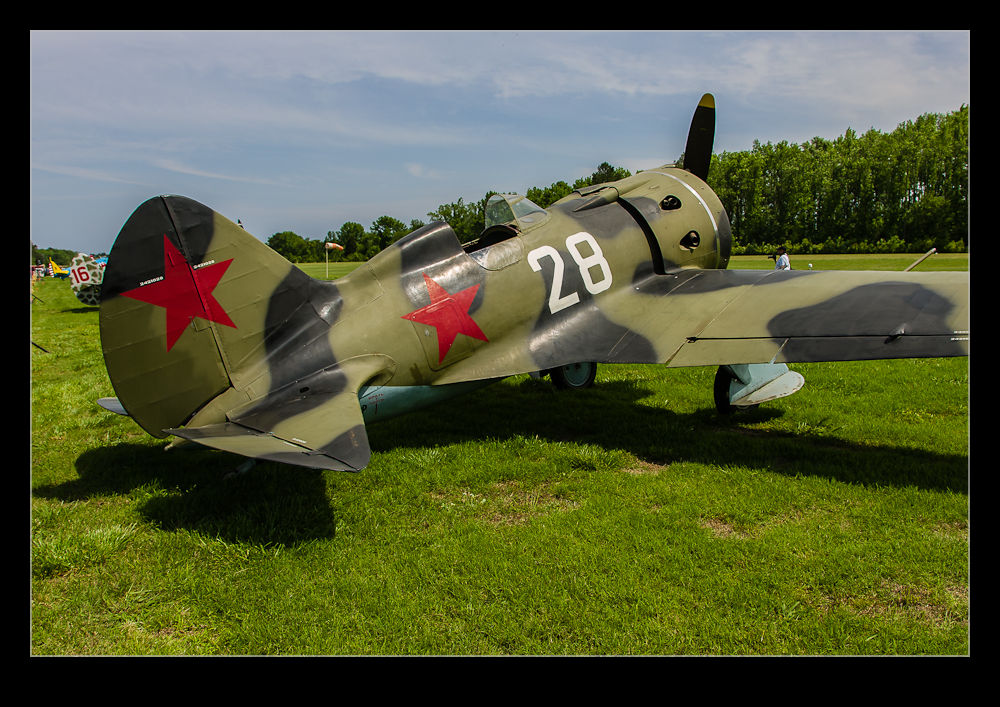