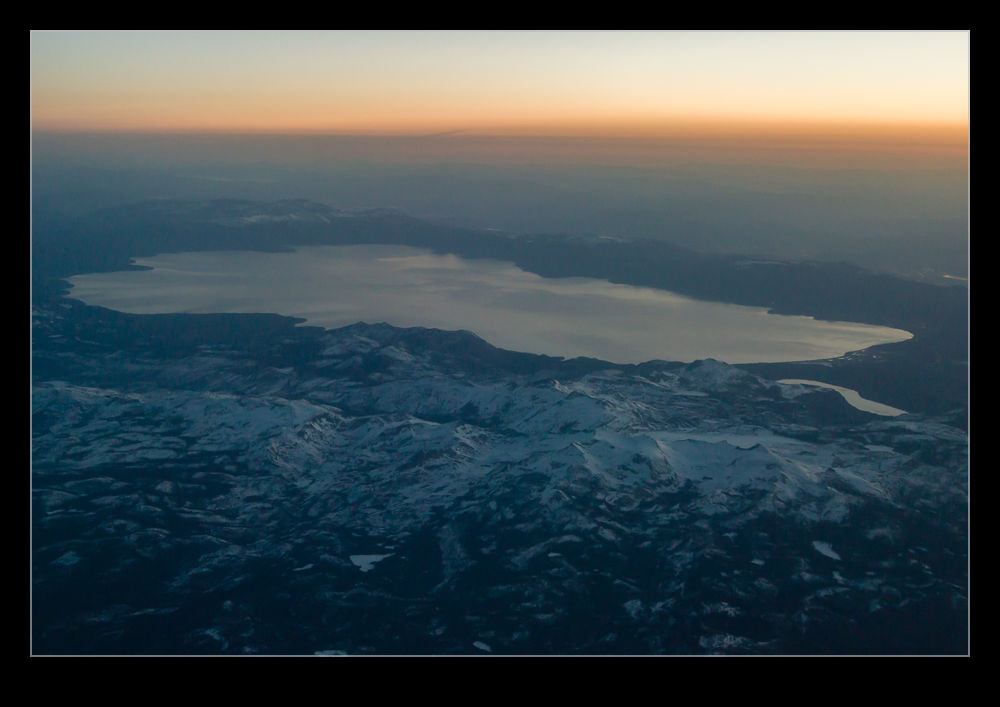 Some work commitments meant I was unable to get out of Sacramento on Friday evening as I had originally planned. Instead I had to come home on the Saturday morning. A direct flight was available at 6:30am which, while it meant an early start, did mean I had a good chunk of the day left when I got home. It was still dark when we took off and headed east. The route home takes you just south of Lake Tahoe. 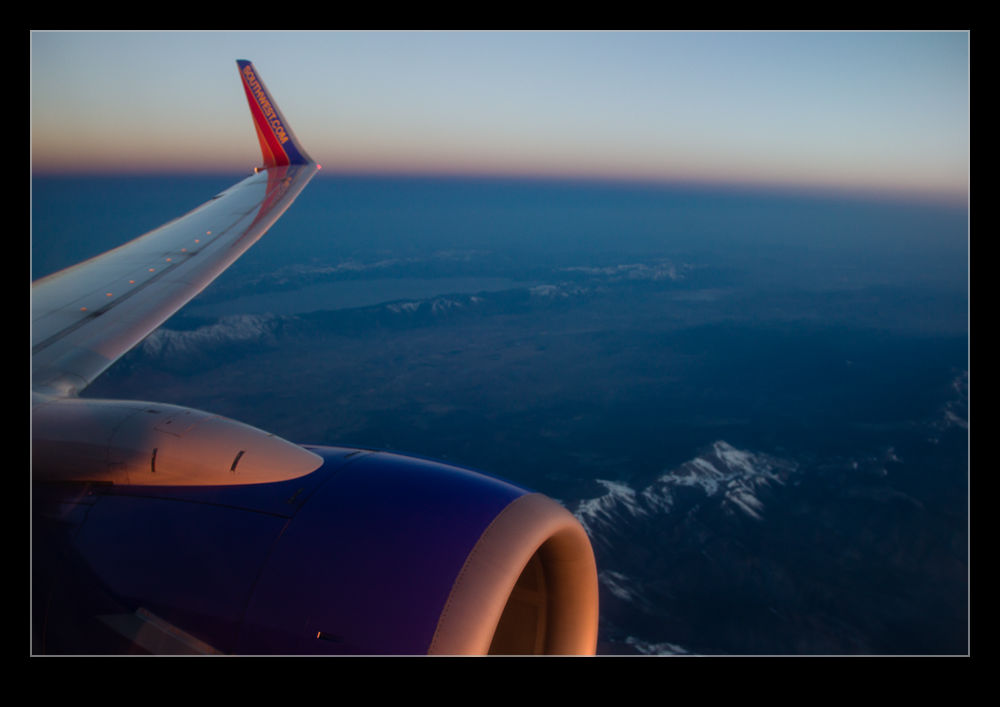 As we flew by, the sun had still not come up on the lake. One of the features of being at altitude is that you get sunrise before the ground below you. However, we did have some pre-dawn light on the lake and I managed to get some shots of it. It wouldn’t have been too long before the hardier skiers were out and about no doubt! 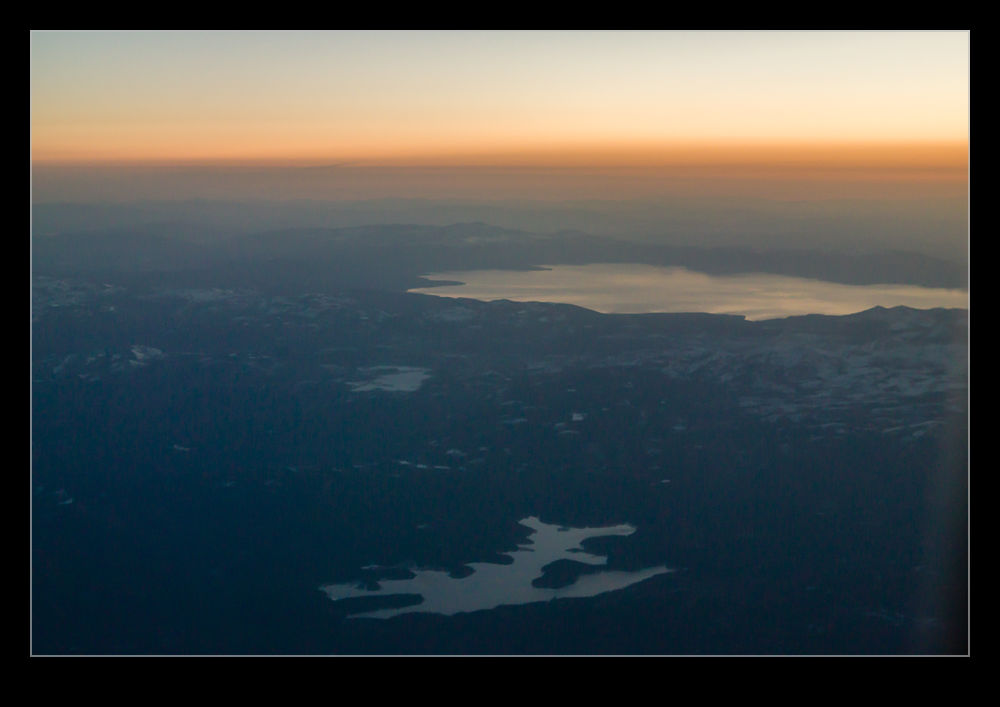