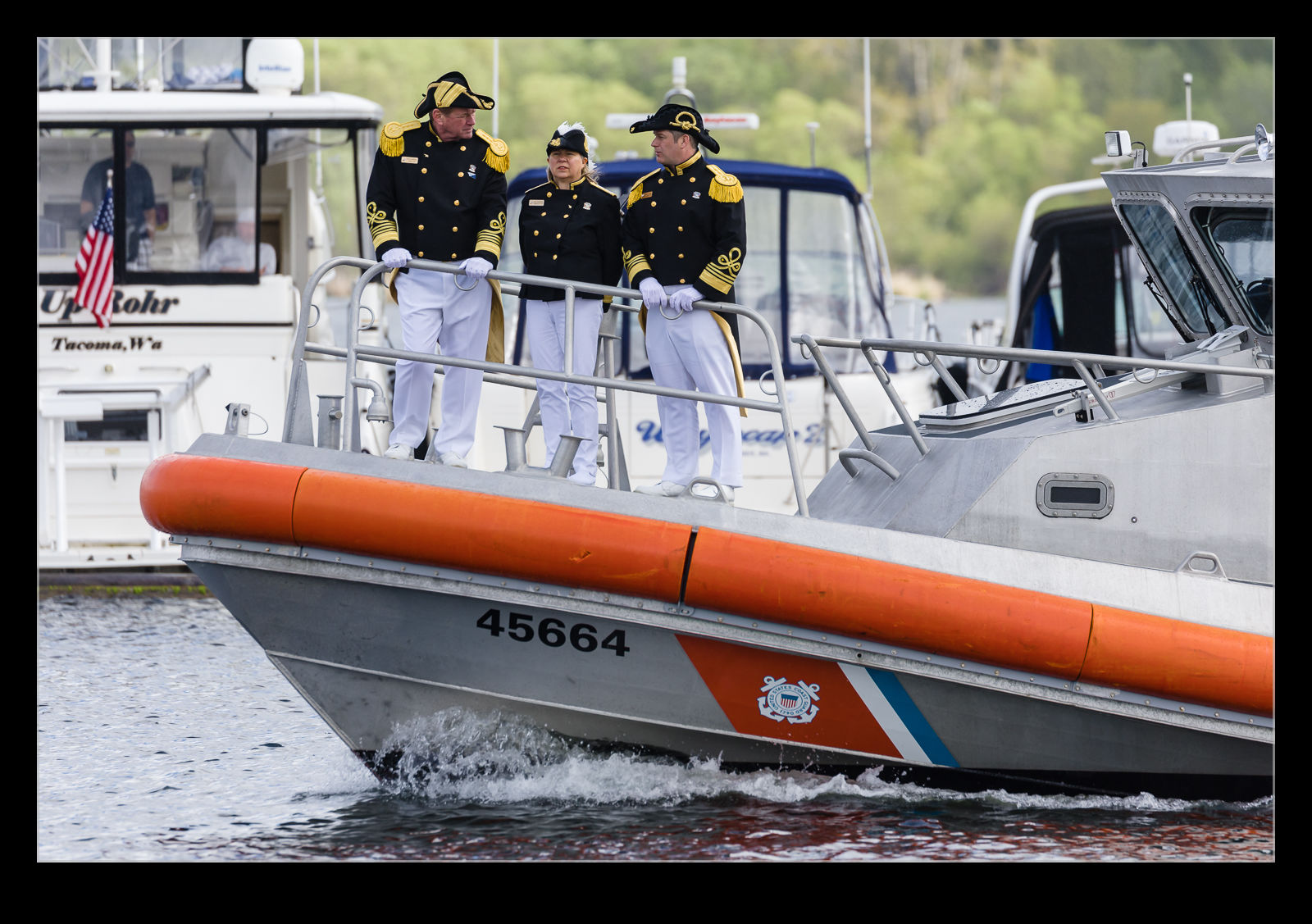 A while back I posted some shots I took of the rowing at the University of Washington during the Windermere Cup.  What I didn’t share at the time and what I only recently remembered I had found amusing was the parade before the racing started.  The Seattle Yacht Club participated with a parade after the races but, beforehand, three of their leadership went the length of the course on a boat.  The three of them were apparently an Admiral, an Admiralette (apparently that is a thing as if a woman can’t be an Admiral) and a Vice-Admiral.  They were dressed up like extras from HMS Pinafore.  I found the whole thing rather bizarre. 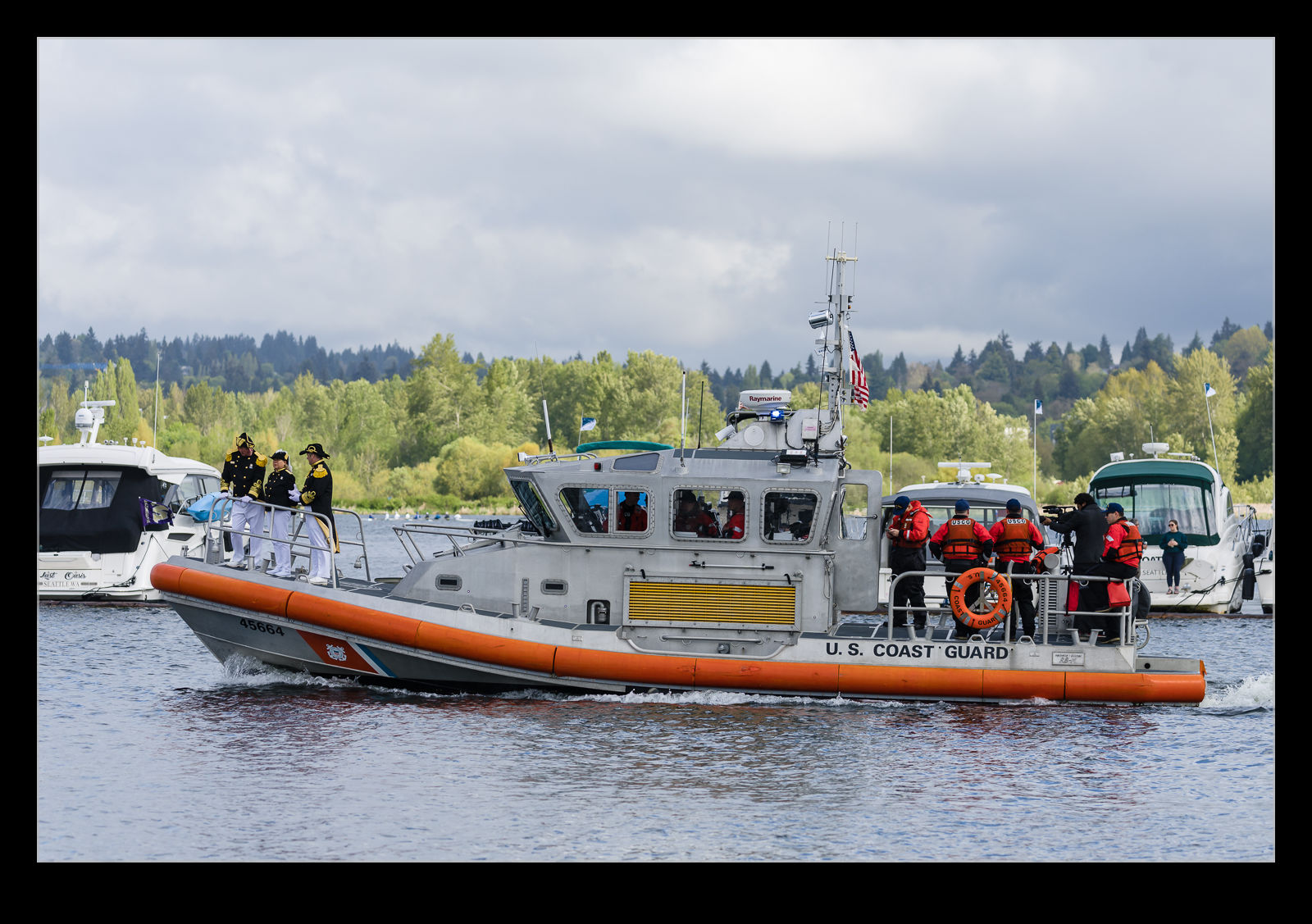 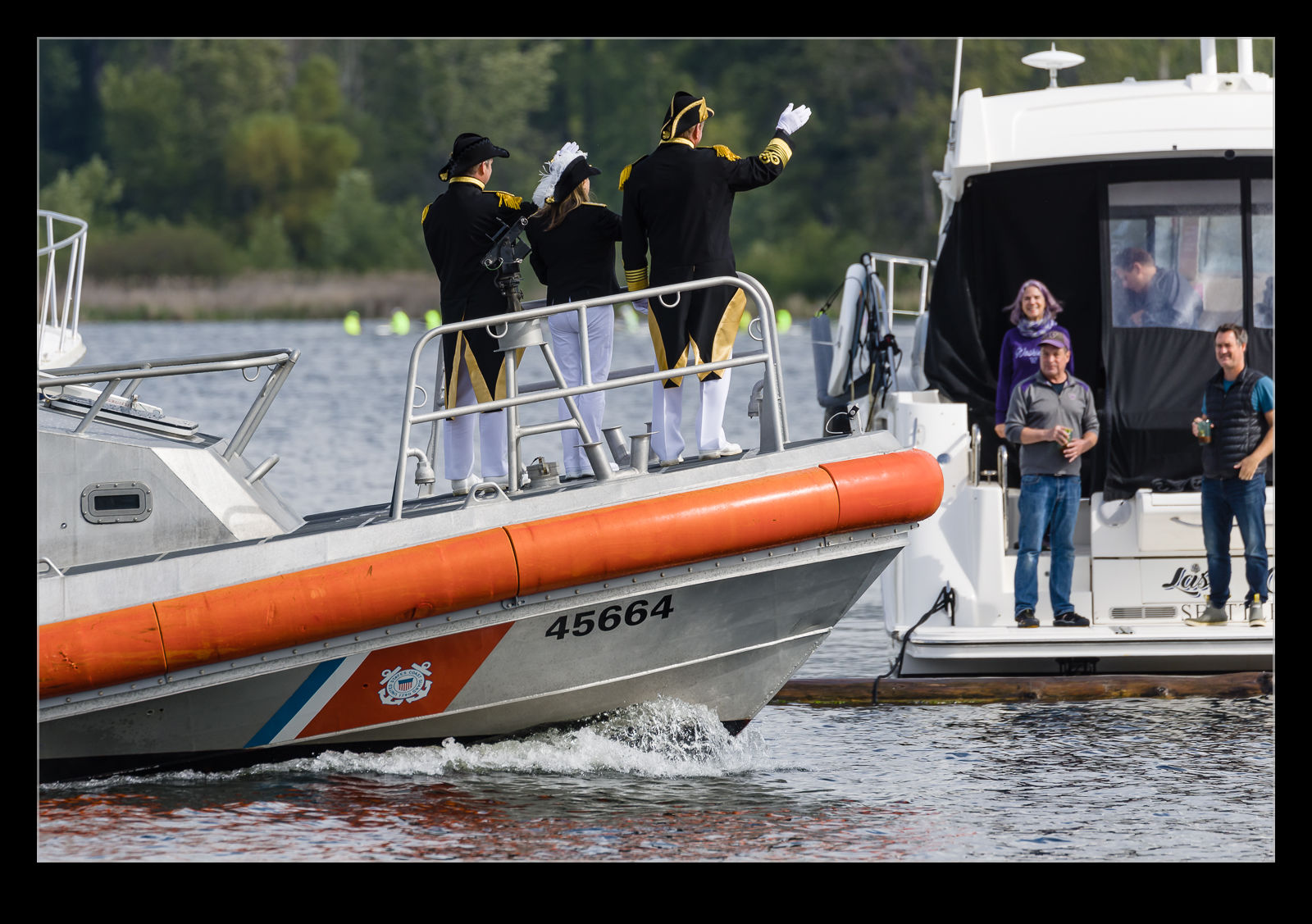