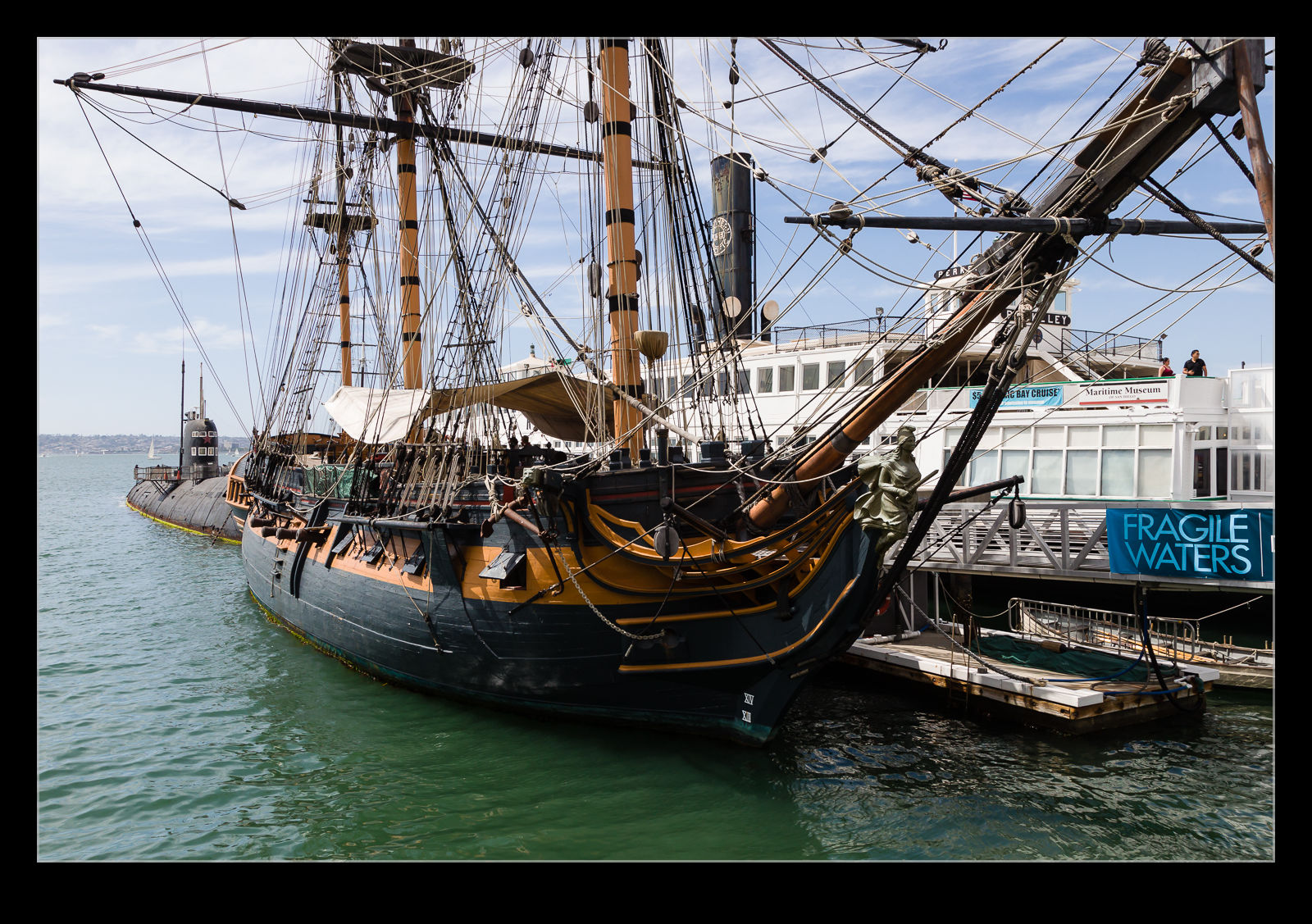 Alongside the clipper on the waterfront in San Diego is an even old sailing ship. This had the look more of a frigate from the times of Nelson. The shape of the hull is broad to provide a platform for the men and weapons and the gun ports on the side allowed the cannons to fire at any enemy. The boat looked exactly as you would expect for that vintage and, in keeping with the fashion of the day, an intricately carved figurehead was mounted on the bow.

Having grown up on the south coast of the UK, ships of this type were not unknown. HMS Victory was a ship I visited on a number of occasions and it was a big ship compared to this one but the lines are unmistakably similar. The idea of traveling around the world in something like this is fascinating (and terrifying) to me. Doing that and then getting shot at by some pretty unpleasant weaponry with access to minimal medical help if you got hurt is even more scary!