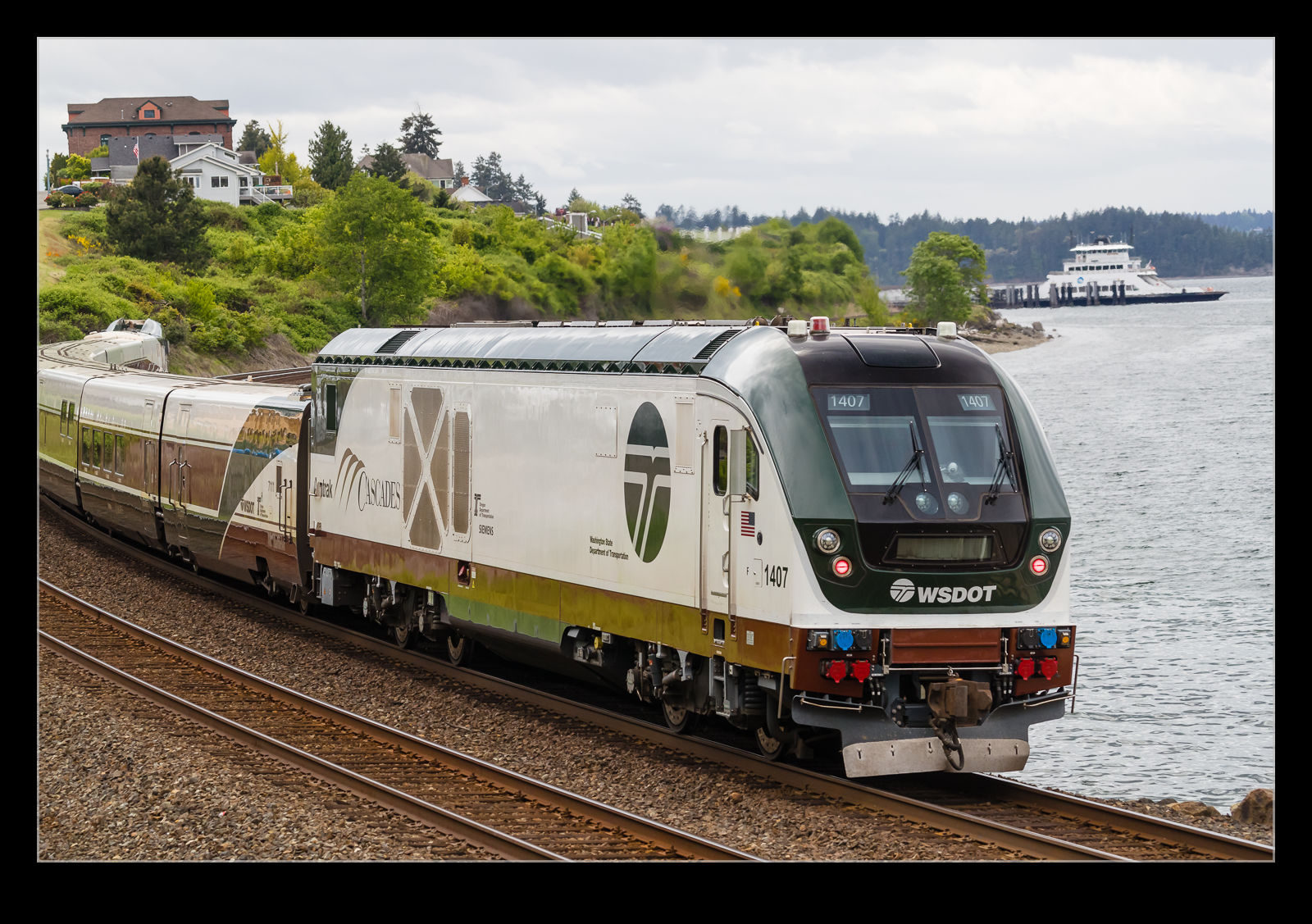 Some previous rail photos from Steilacoom where the result of seeing trains while I was visiting for another purpose.  More recently (well, not that recent, but I am catching up on some stuff), I made a trip specifically to get a train shot.  I didn’t go all the way just for this but I was already down in Tacoma so a short extra leg was easy to do.  I actually planned on getting this shot so that we might use it for a future proposal. 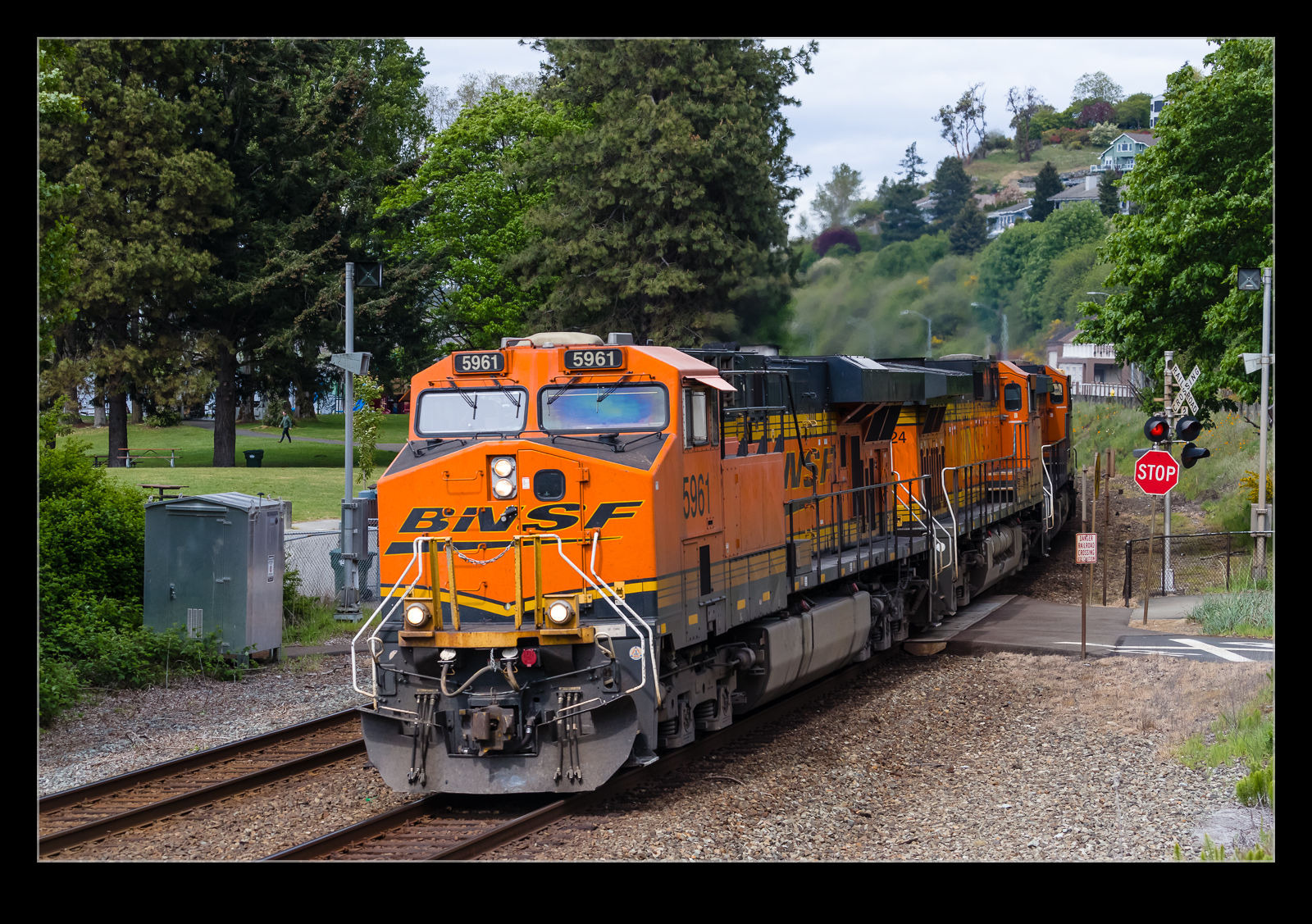 I was going to head back to the same place I had been before but I came upon a parking lot for the beach which had a nice curve to the track and a crossing.  The view from above the crossing looked better so I went with that.  Fortunately, a freight service came through before the Talgo set I was after so I had a chance to get an idea of the angles and sighting time.  That meant I was better prepared when the train came in to view.  A couple of shots for those of your train fans that read this blog. 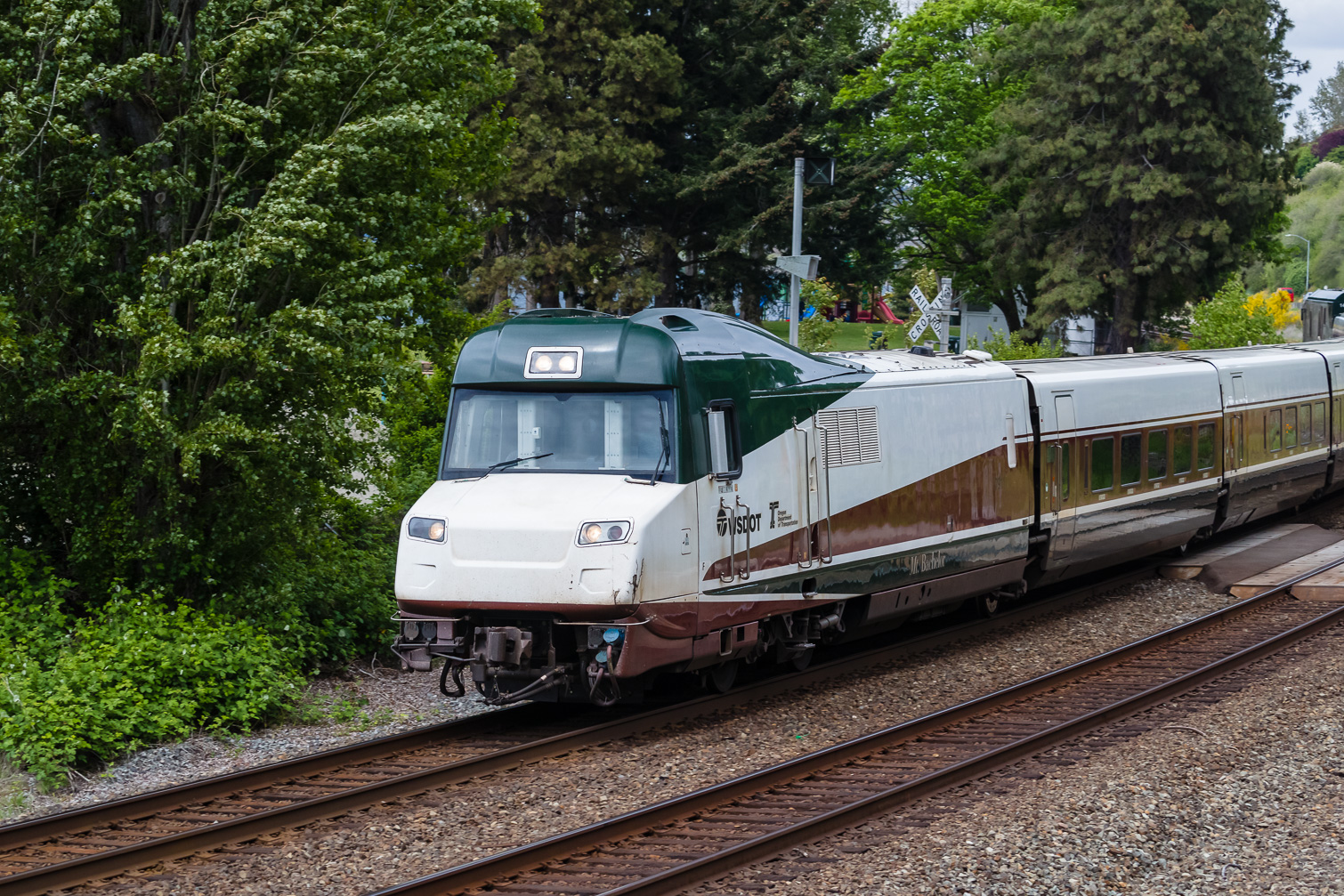 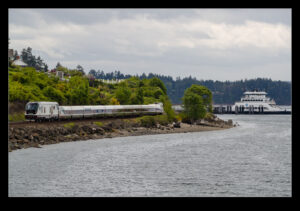 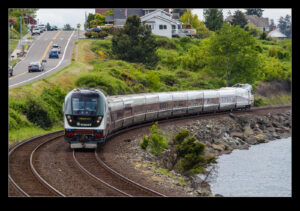 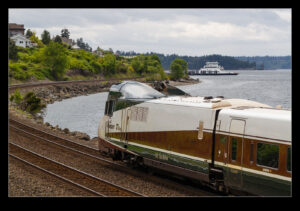 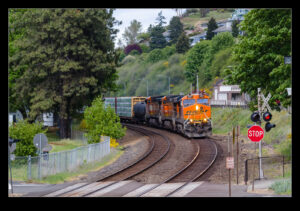 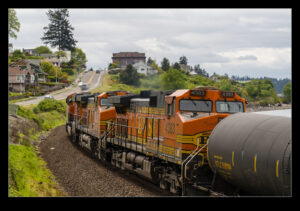 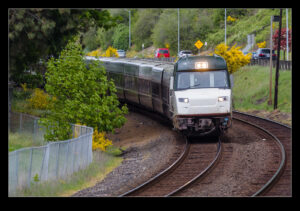