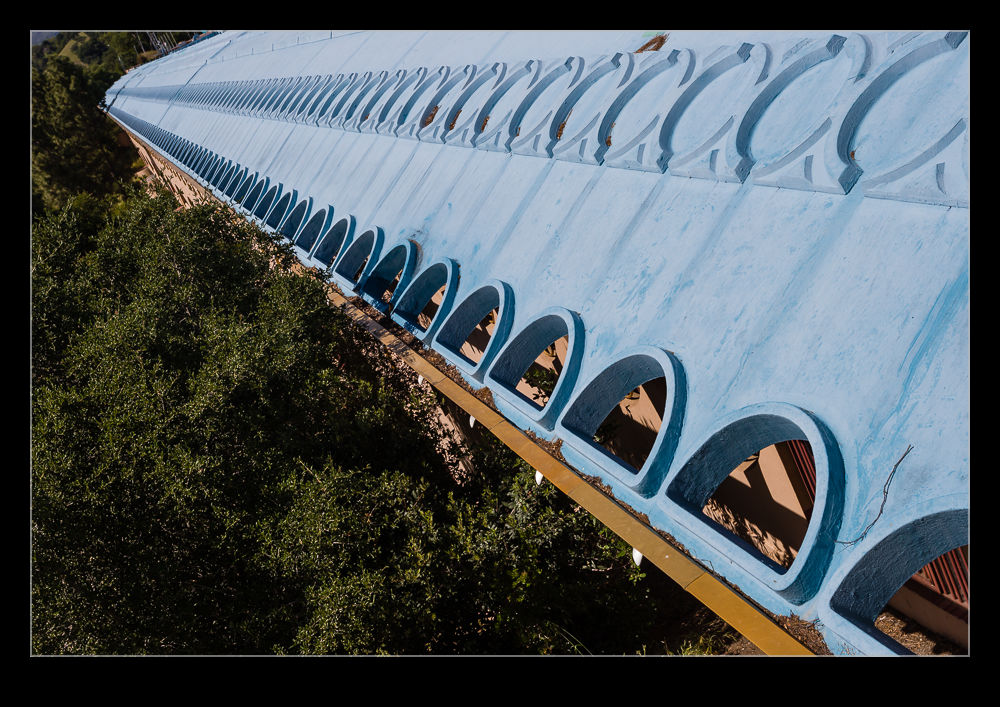 This post comes as a single piece but it is a combination of different shoots. Marin County’s offices are located in San Rafael and are an impressive structure designed by the famed architect Frank Lloyd Wright. We saw plenty of his work in Chicago and my sister is a bit of a fan of his work. When she was visiting, I thought a trip across would be just what she wanted. We had actually been there once before on a trip we all made several years ago. On that day, it was raining heavily and I didn’t know exactly where we could go so this time we combined some research with a sunny day. It helped that it was a weekend so the parking lots were mostly empty. 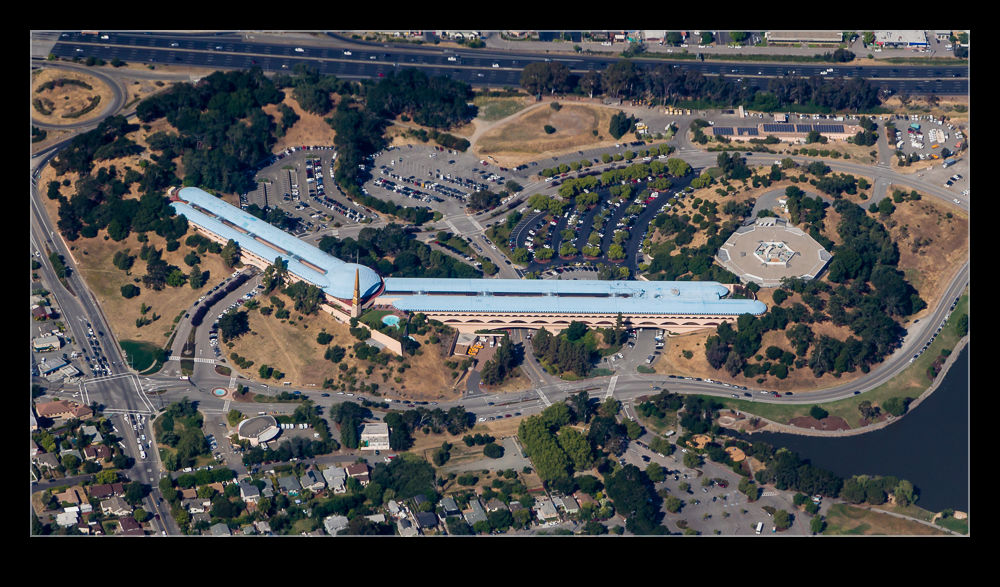 For those of you that have watched the Star Wars movies and more particularly this recent ones, the building may look rather familiar. George Lucas is a local resident and I think there is a fair chance that the building influenced him when creating Naboo. The building is a long structure in two parts with a domed area at the join with a gold colored spire. It is quite something. Photographing it is, however, rather tricky. There is not a good location to get the full effect in one shot since tree coverage tends to block the views of one part when the other is in shot. However, a good wander around will allow a number of cool views. 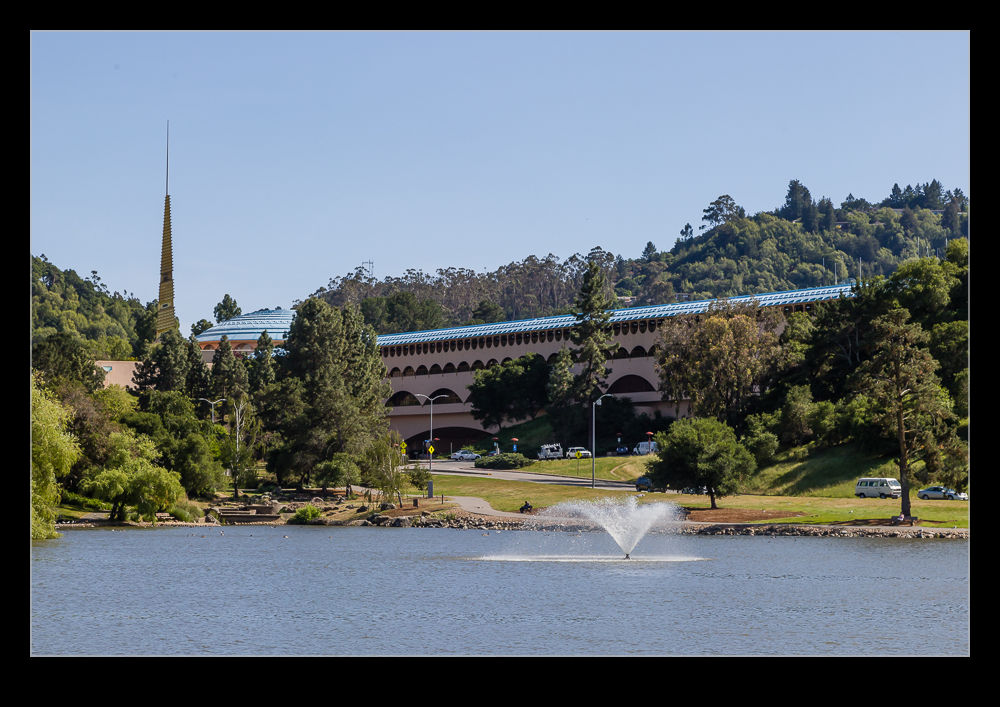 To bring this up to date, I was on a flight back to Oakland recently that ended up coming down over this part of Marin County. Out of my window appeared the Civic Center. Shooting directly downwards through a plane window is usually not something that works well since distortion can be bad. However, on this occasion, I got lucky and so now I have some more shots that show the whole building from an angle most people don’t get at all!