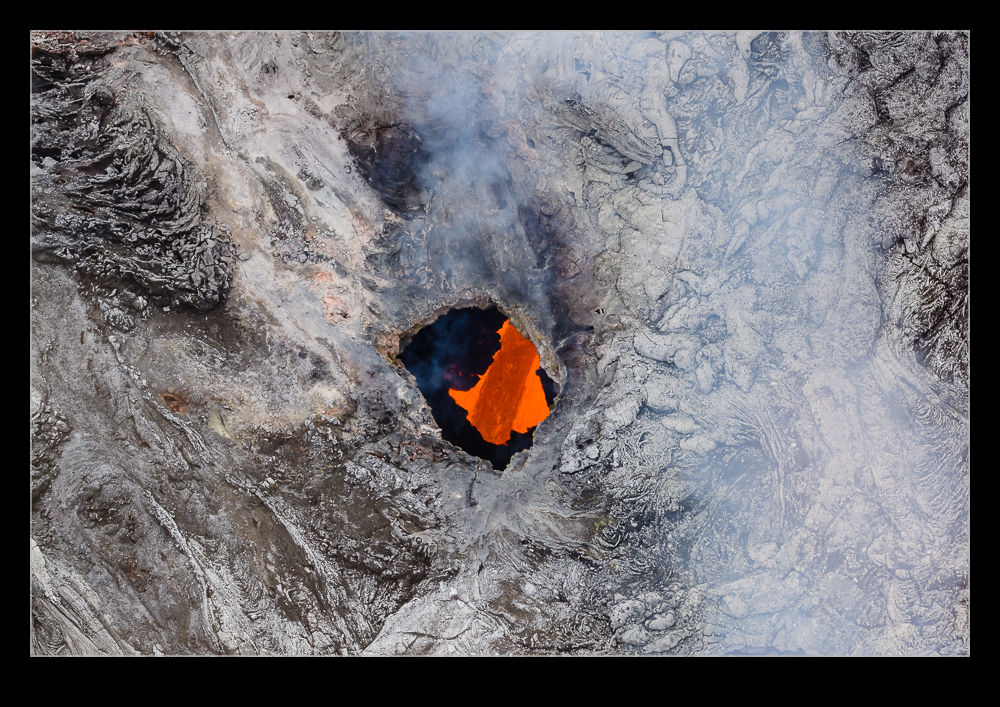 The biggest thing that made me want to go to Big Island was volcanoes.  I have seen plenty of photos and video of volcanic activity but I have never seen it for real.  I wanted to try and experience the awesome power welling up from the heart of the earth.  Awesome is a word that gets pretty free use but I think when it comes to the violence that the layer of energy just below the crust of the earth can produce, awesome is a word that is entirely justified. 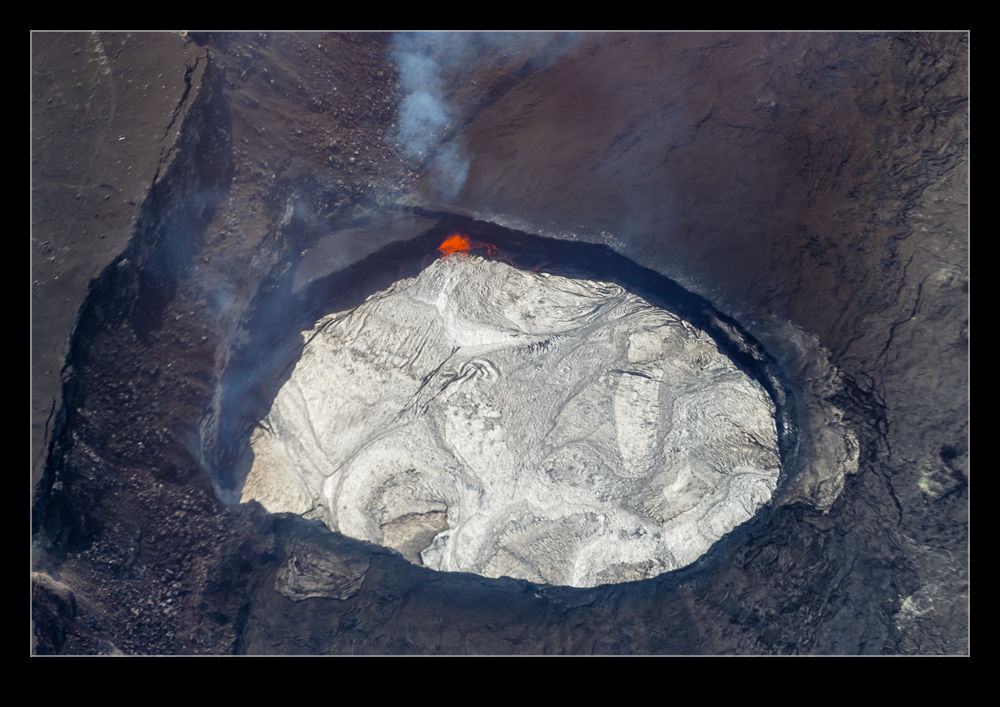 The south end of Big Island is the one that is most active volcanically.  Mauna Loa and Mauna Kea are both sitting quietly at the moment but neither of them is considered done.  Mauna Loa has erupted relatively recently.  However, the one that is playing at the moment is Kilauea.  It has been busy erupting for a long time now.  We checked it out by helicopter – the most easygoing way to see things.  We took in two locations of activity. 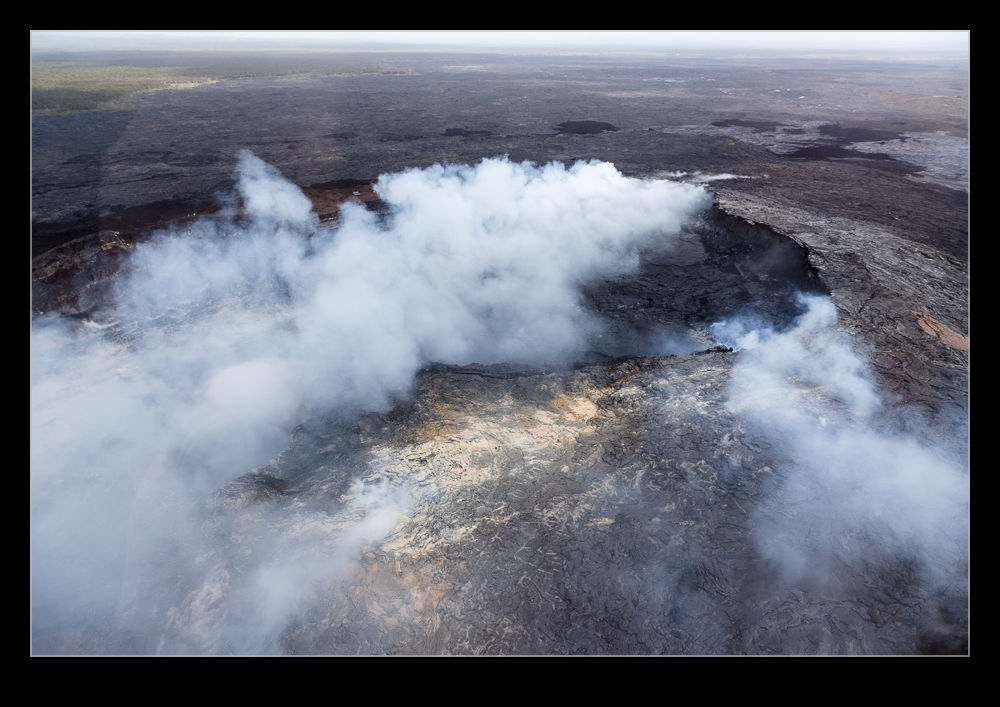 The first was an open route to the inside of the planet.  It has been active for a long time and has a visitor center.  Apparently, you used to be able to walk close to the edge of the hole as a tourist.  A parking lot is still visible.  However, a violent outburst a few years ago suggested that this location was no longer safe.  Now the visitor’s center is as far as you can go.  There is a circular hole in the larger crater in which the lava bubbles.  The level rises and falls daily and often will come over the lip into the larger crater.  While we were over it things were a bit below the lip but you could still see the heat just below the surface of the lava.  Because the air cools the lava quickly, you rarely see the molten lava is it is usually under a crust.  Still very hot, but not liquid. 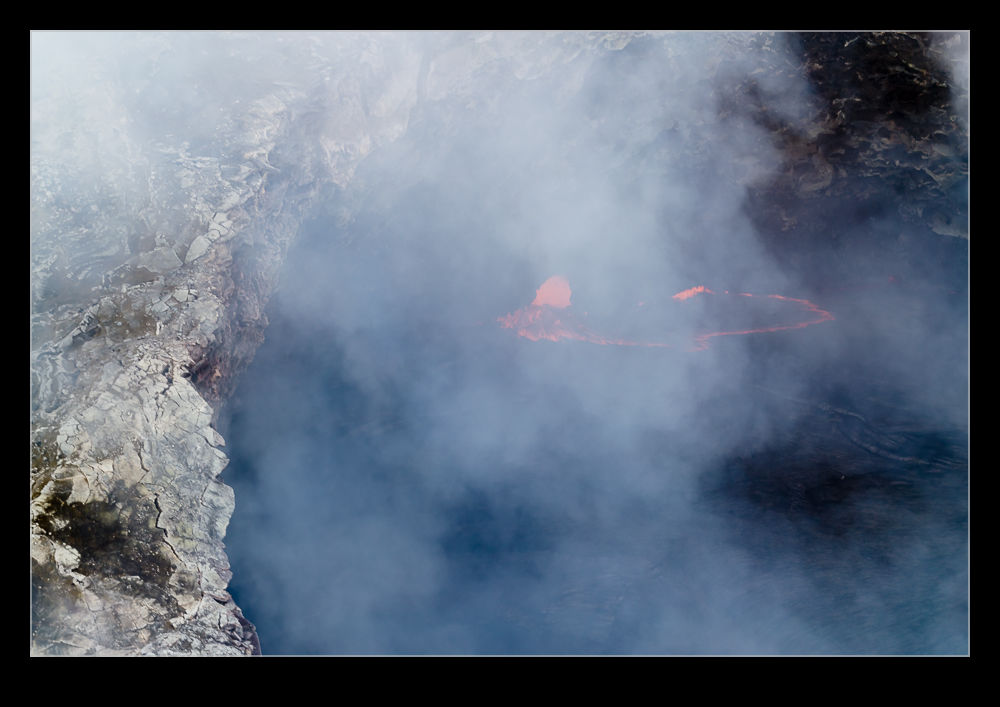 We then headed off to another area of activity.  Here there was a rip in the surface from which gases were billowing.  As you looked through the various holes, you could see into the heart of things and the glow from the lava was impressive.  The color was intense and you could sense the heat within.  As the lava emerged from various fissures in the surface, it would cool to make a new crust.  A metallic looking surface would appear.  Occasionally, the lava would bubble forward and, oh so briefly, there would be a red glow on the surface.  Then it would cool and add a bit more to the metallic surface. 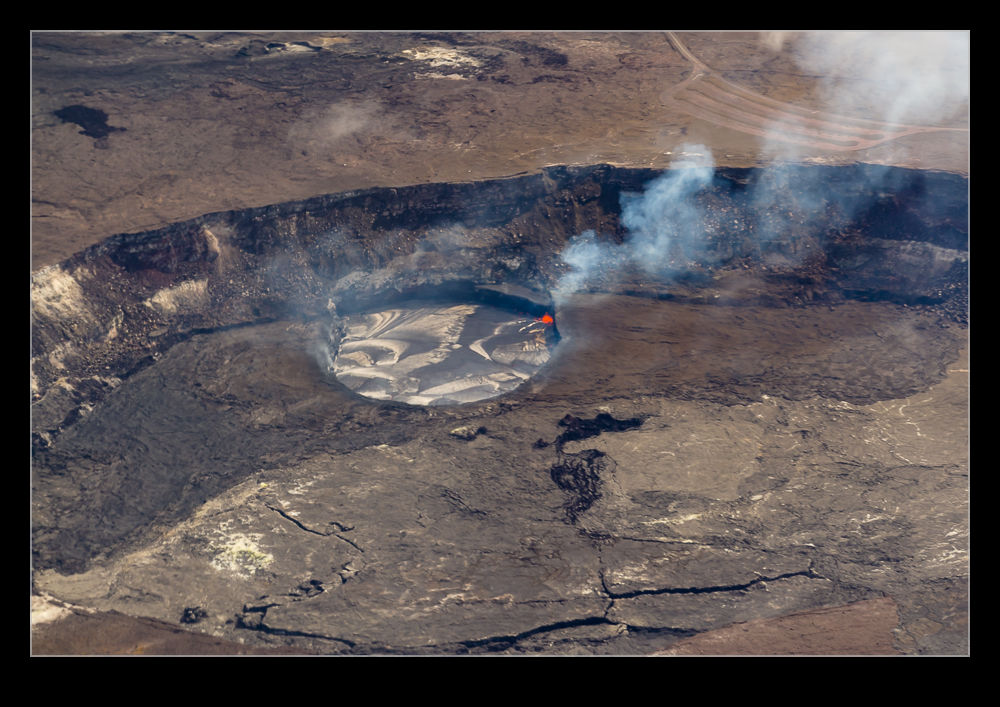 Big Island was a constant stream of references to the incredible forces that had formed the island.  The lava fields covered much of the island.  Even on the beaches, you had to be cautious of the lava chunks on the sand.  My delicate feet did not like the lava.  However, nothing could match the raw power that was on display at the volcanoes.  I was certainly not disappointed having focused so much on them in planning the trip.  Nature is amazingly powerful. 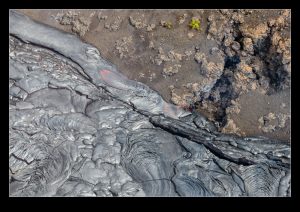 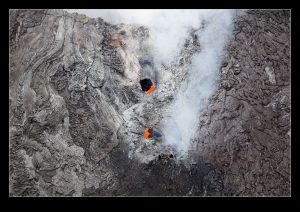 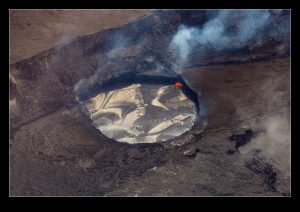