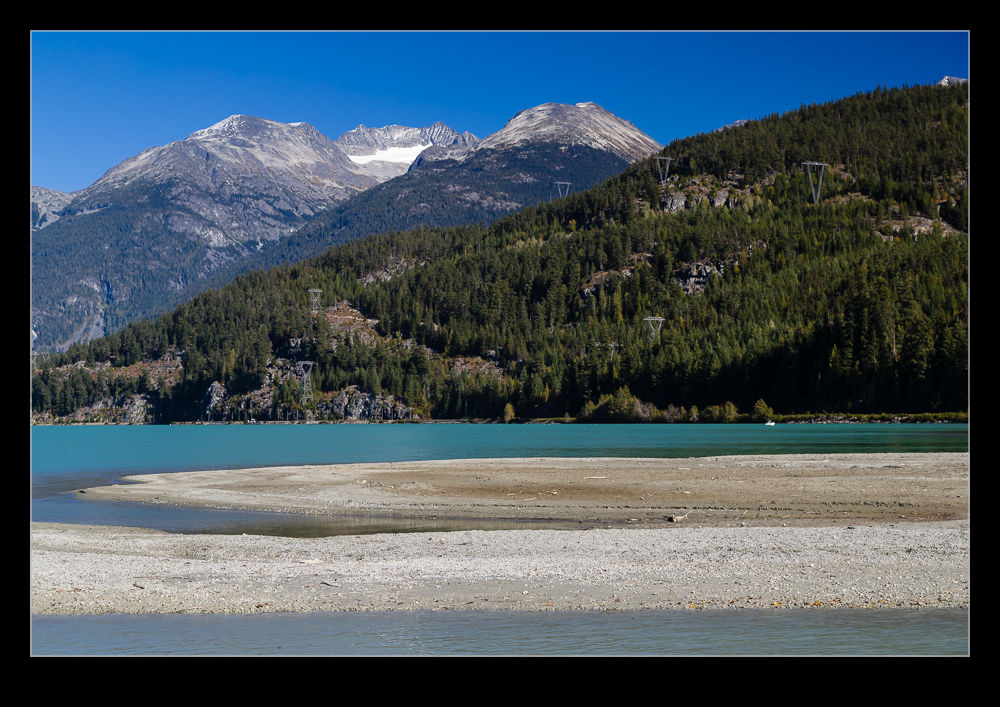 Just outside the center of Whistler is Green Lake.  We took a trip out there because I was interested in seeing the floatplane base there.  It was also a cool place to have a stroll.  There is a golf course alongside the lake which was designed by Jack Nicklaus.  Alongside the course are some large houses which I suspect are not too cheap.  The lake itself had a nice beach area where the river was running in to it.  A bunch of people had come here with their dogs and the dogs seemed happy getting in the water. 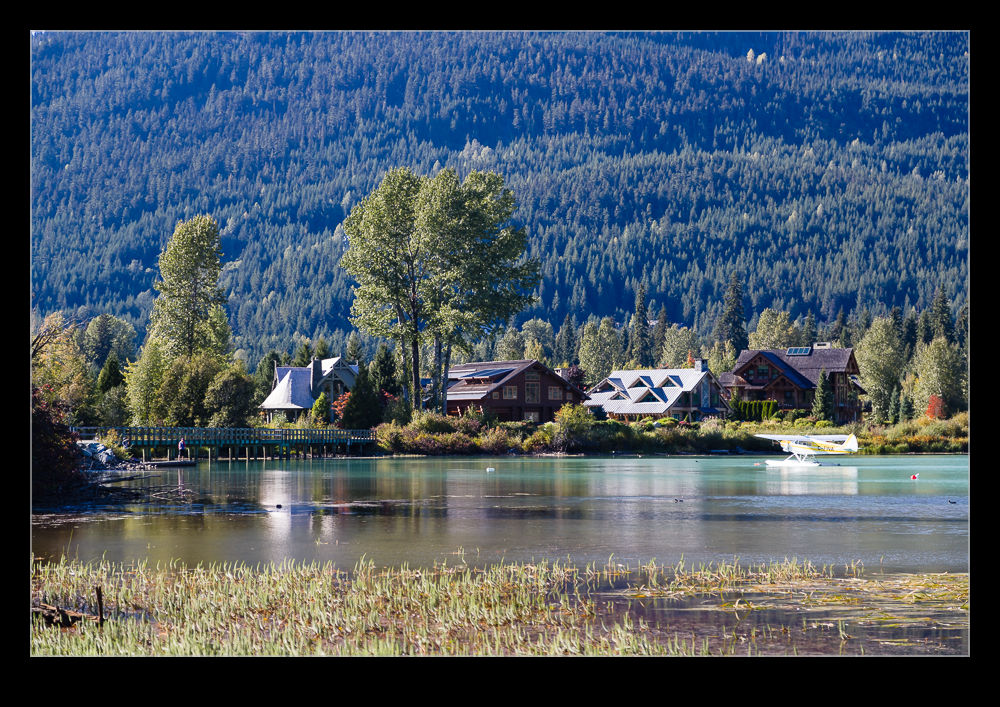 The color of the water was a bit odd and so the name is not hard to understand.  I actually thought it looked more cloudy than green but I doubt anyone cares to much about the distinction.  I thought there might be a difference in color where the river was flowing into the lake but I couldn’t see it.  Maybe an aerial view would show a difference where the water was flowing in but I wasn’t flying that day. 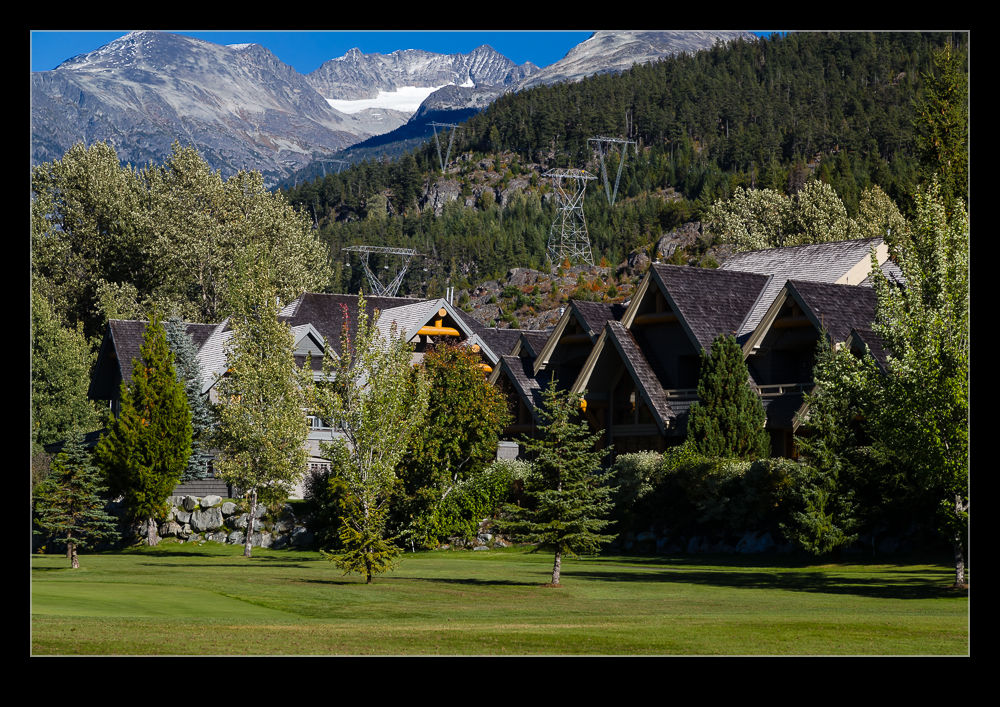