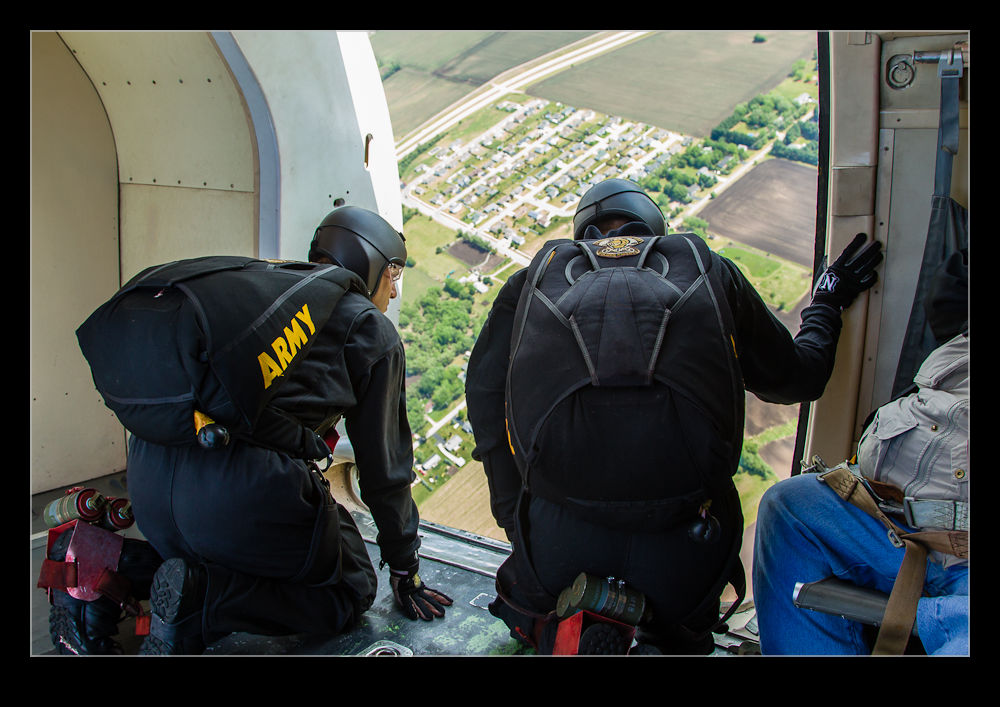 Janesville recently held their Southern Wisconsin Airfest and I attended for Global Aviation Resource.  As part of the show, the US Army had brought their Golden Knights Parachute Display Team.  They have a number of parts to the team including two main display teams that go around the country demonstrating to the public.  The Black Team were at Janesville and they were good enough to take me along on one of their jumps. 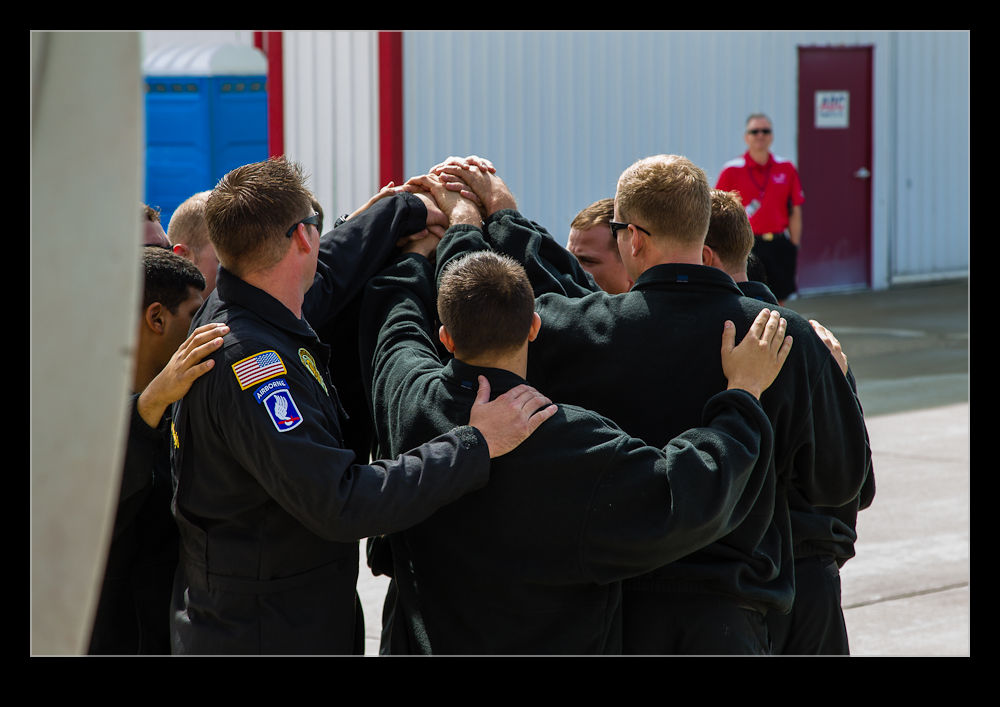 Needless to say, when i say taken along, I mean I rode in their jump ship rather than made the jump with them.  I would have been happy to do that but I doubt they would have been so keen!  They were a great bunch to work with.  Obviously, as ambassadors for the US Army at a lot of public events, they are very familiar with working with the media.  As we rode up to the jump altitude, I would never be alone for a minute.  One guy would head up the plane and a moment later someone else would be sitting next to me chatting about some aspect of what they do.  It all looked so natural but I am sure they are briefed on how to keep us occupied during the climb which takes quite a while. 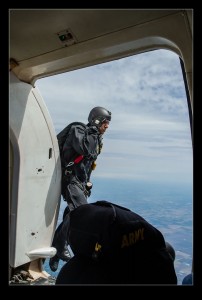 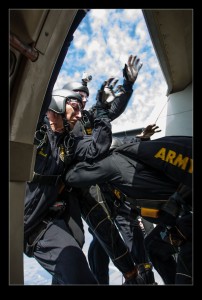 I was prepared for how cold it gets.  The ground temperature was in the low 80s but we passed through freezing point shortly before reaching the jump altitude of 12,500′.  I had added some layers, a hat and gloves when we took off and I felt fine except my legs were a bit cold.  I imagine they were a bit cool in their jumpsuits!  I was sitting by the open door though so I have an excuse! 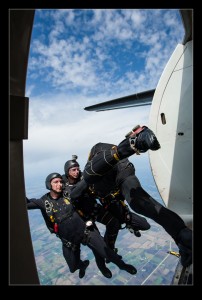 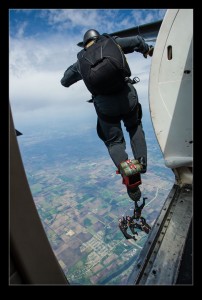 We had to jumps during our flight.  The narrator went first and tested the winds on the way down before setting up for the second portion of the show.  This was a large jump with everyone heading out both sides of the aircraft together.  Then we headed down at a pretty quite rate.  Gear down and engines to idle and we dropped faster than your average turboprop airliner.  Not as fast as the guys of course! 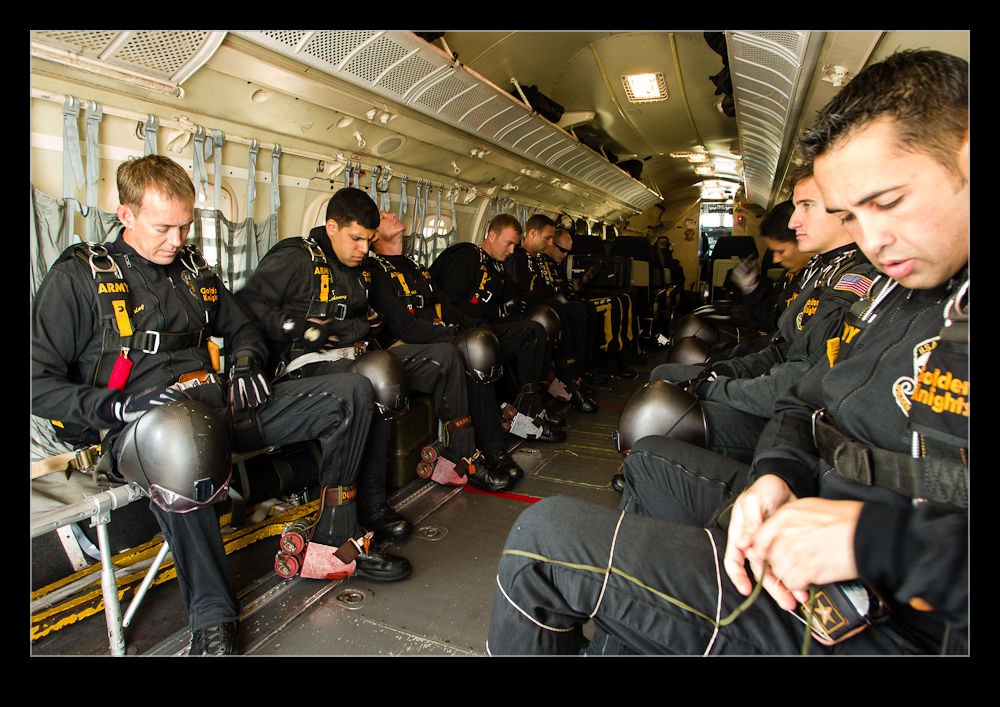 It was a great time for me and I was really pleased with the way they took care of us.  The full article is available on the Global Aviation Resource website at this location.  Please do check it out.  Thanks to everyone in Black Team and the staff at Southern Wisconsin Airfest.