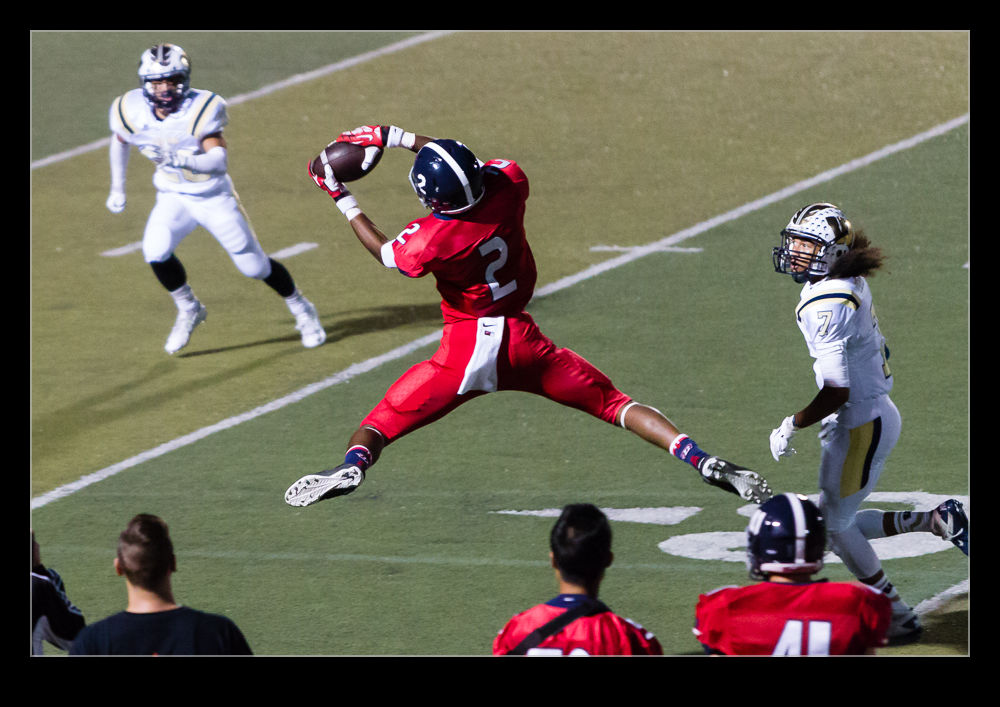 For someone who grew up in the UK, school sports take on a very different feel in the US. If you played on the high school team for anything where I grew up, the most you could expect of an audience would be a couple of parents and some girlfriends of the players. The US approach is very different with grandstands, floodlights, loads of spectators (both students and families) with bands and cheerleaders. Quite an event. There is catering and you pay to get in. (In the UK, you would have to pay some people to go and even then they probably wouldn’t!) 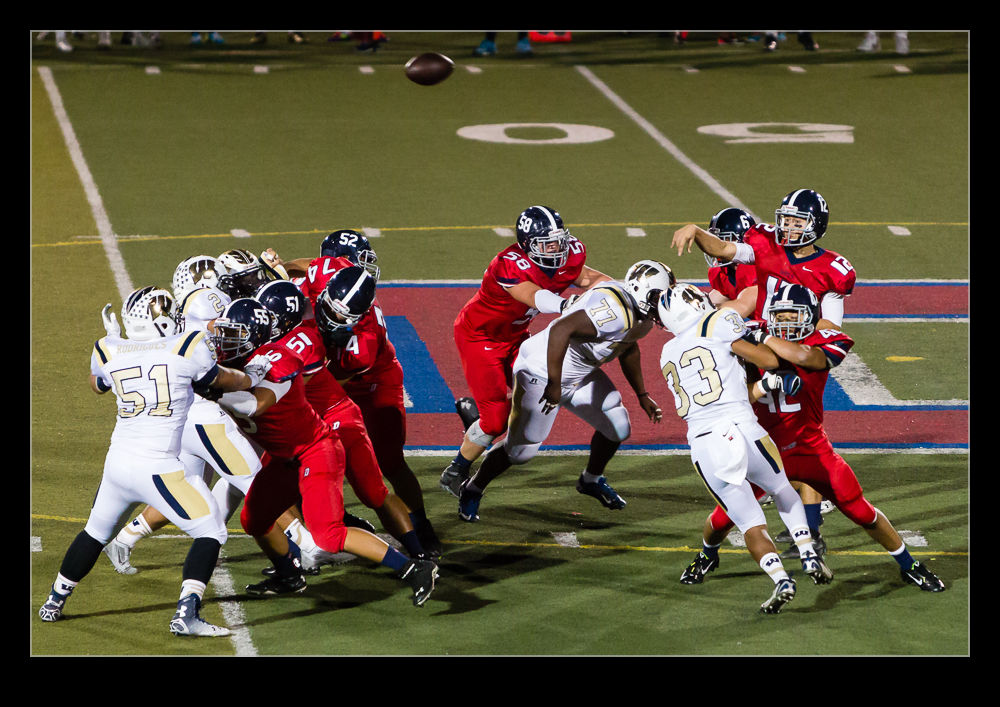 We decided to check out the local high school in Dublin to see what one of the games would be like. Of course, I took my camera. Shooting high school football is something that I have pondered in the past. For this I just had my stuff in the stands and I didn’t bring anything too large. The team played pretty well. We caught the end of the JV game when we got there and then the varsity team played. It was dark by then and the lights were fine for watching but left a lot to be desired from a shooting perspective. However, this was all just supposed to be some fun so I ramped up the ISO and went with what I could get. 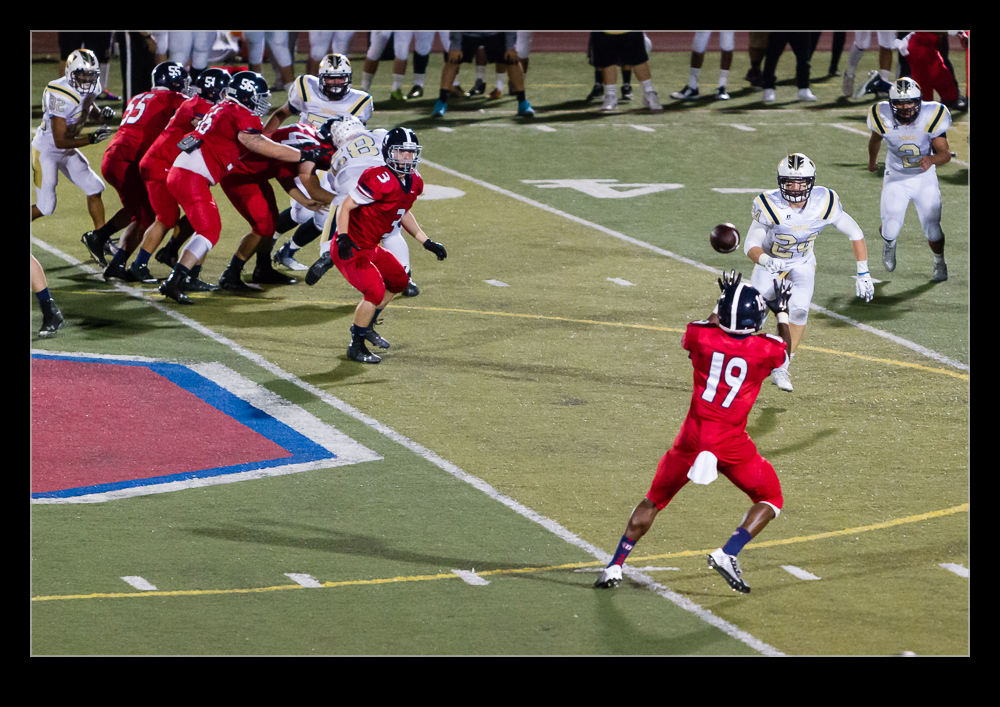 The angles from the stands are not what I would normally want but even so, we had a pretty good line of sight for some of the plays. I wonder whether next year I shall make more of an effort to get there to cover more of the games and actually arrange to shoot from the sidelines. 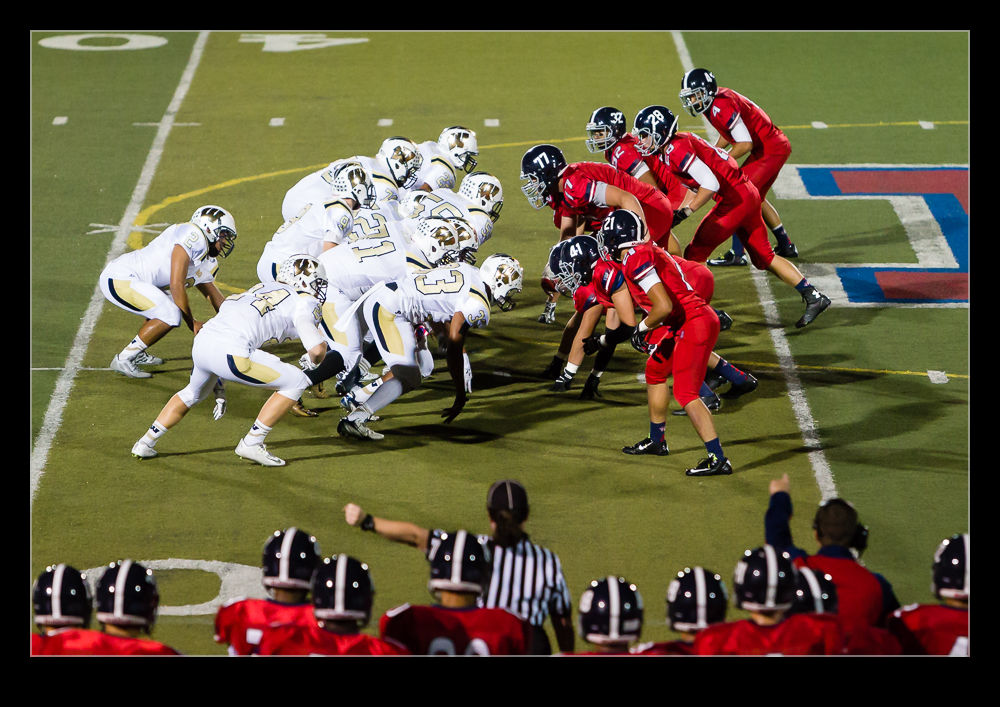 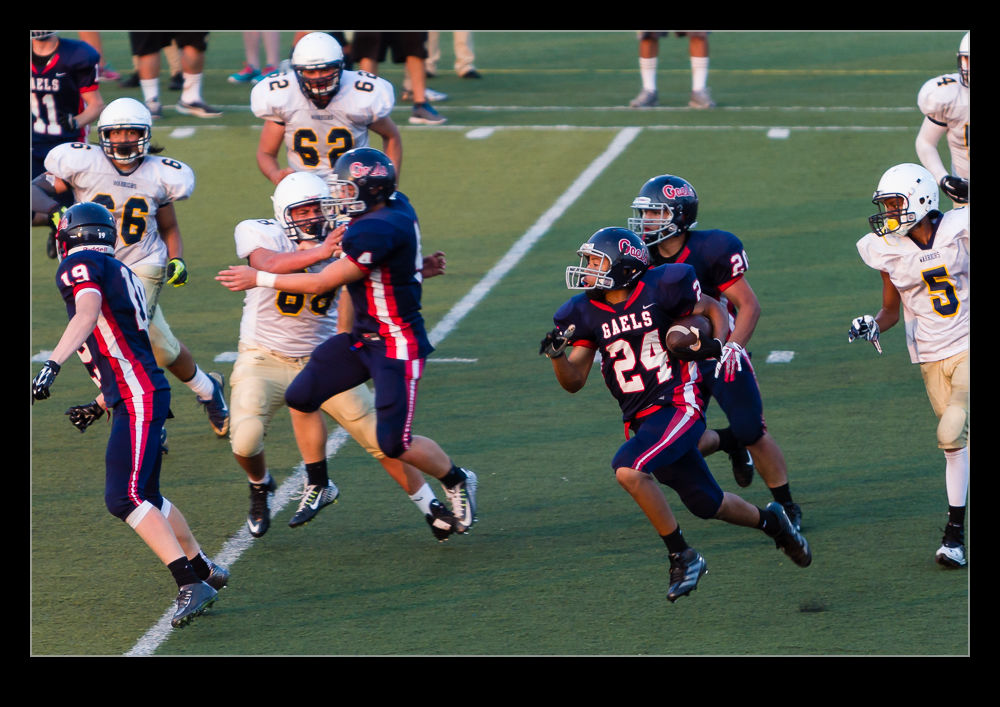