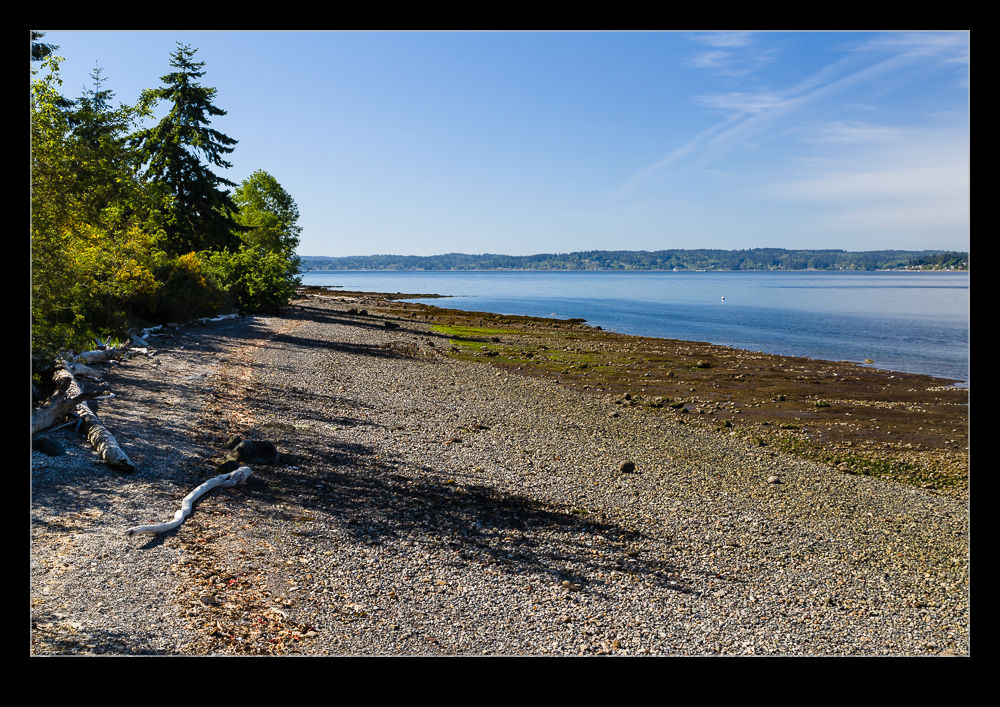 Our Bainbridge trip included a bonus element.  I had been advised how busy the ferries could be on nice summer weekends so we headed out early anticipating some long lines to get on the boat.  We got to the terminal about an hour ahead of when we were planning to sail, bought our ticket, drove straight on to a boat and it sailed a minute later!  This was a pleasant surprise.  However, it did mean we were on the island a lot earlier than our planned first stop was open.  We needed to kill some time. 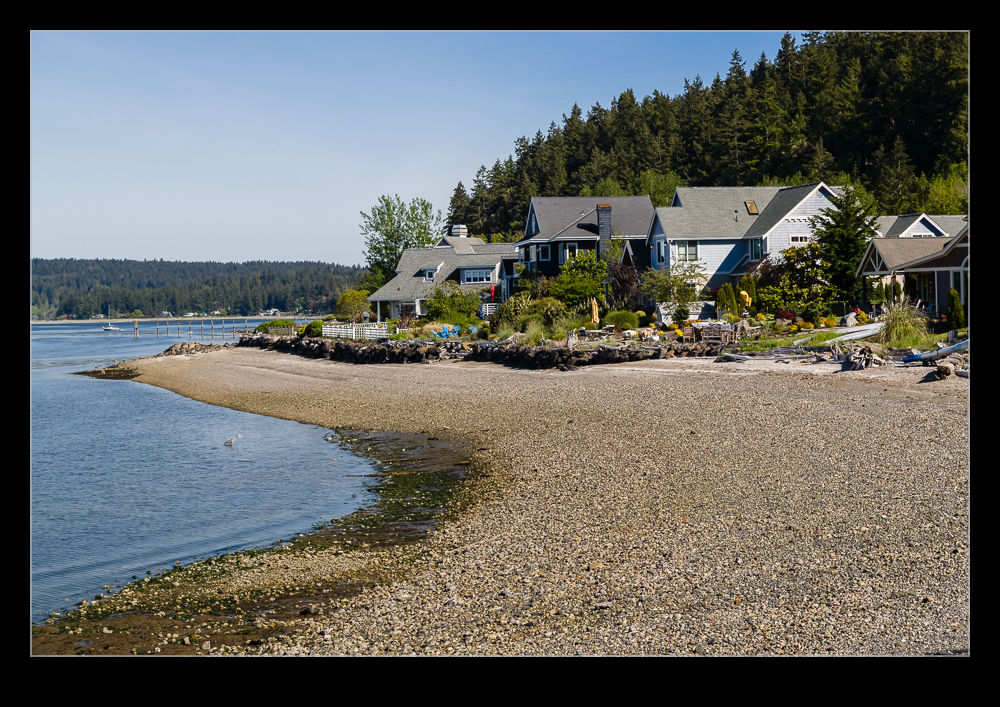 Nancy did a quick search and came across a place called Fort Ward.  We put that in the GPS and headed off.  Fort Ward is an area of the coastline that used to be part of the protection of the approaches to Bremerton naval shipyards.  It was given up by the military a long time ago and now sections of it are rather nice housing and more of it are a state park.  In the early morning, walking along the shore through the park was a very pleasant way to spend some time. 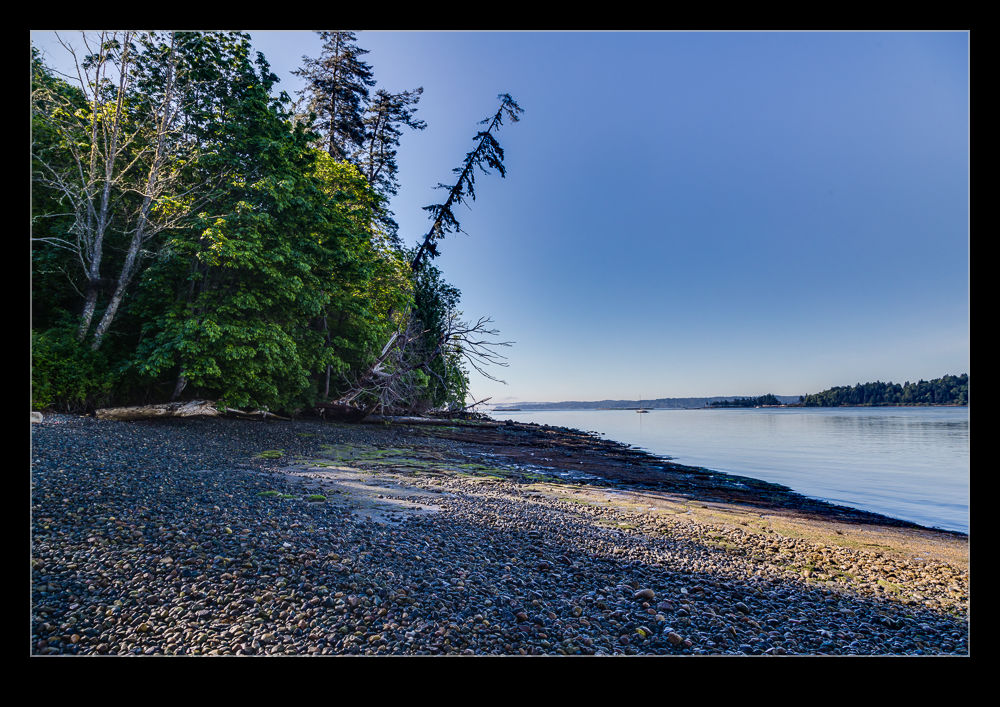