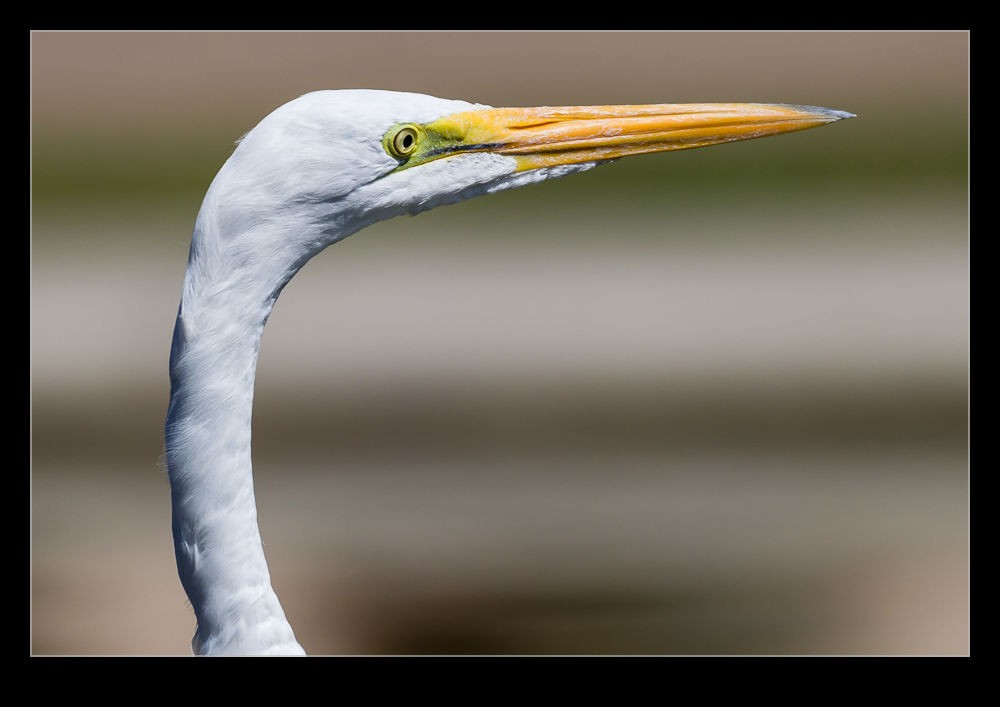 Some animals seem to like attention. Even when they are supposed to be afraid of humans, they end up being the center of attention. Such was the case with an egret that was standing in the water in Balboa Park. At first I thought it was a plastic model but, once it started moving, it was clearly real. Everyone was distracted by it. Some kids were keen to get their hands on it but the parents seemed to do just enough to stop it getting spooked which was quite surprising. 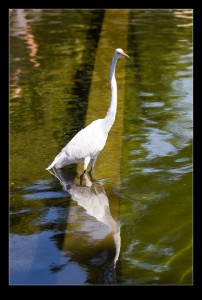 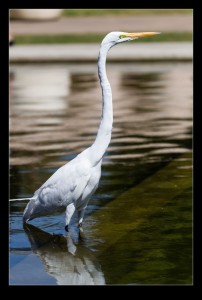 I assume it was attracted to the fish living in the water feature. However, they seemed to be wise enough to stay away. Whether it got any food or not, I don’t know. It stayed around for quite a while and I left first. When I came back, it was gone. Whether it was bored or knew of a better lunch spot, I shall never know.