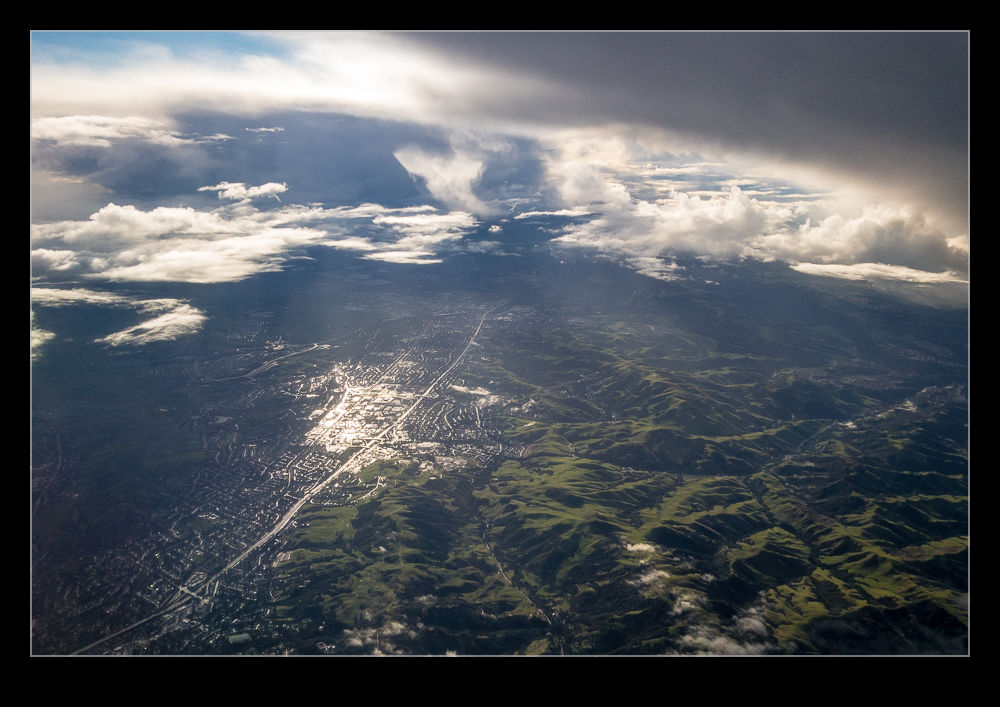 When flying to the east coast, the combination of flight time and time zone changes means that an early start is a good idea.  My flight took off from Oakland just after the sun came up so the view across the east bay was one full of warm morning light and long shadows with the occasional scattered cloud or fog bank.  It looked really cool.  I was only shooting with my phone (although sometimes this is actually better since the small lens can fit between the distortion of the average airliner window) but you could still get a good idea of interesting variation in light that the hills get that early in the morning.  The lakes scattered throughout the hills also would reflect dramatically at that time of day so it all looked rather appealing.  There is something slightly ironic about seeing everything look so nice when you are leaving! 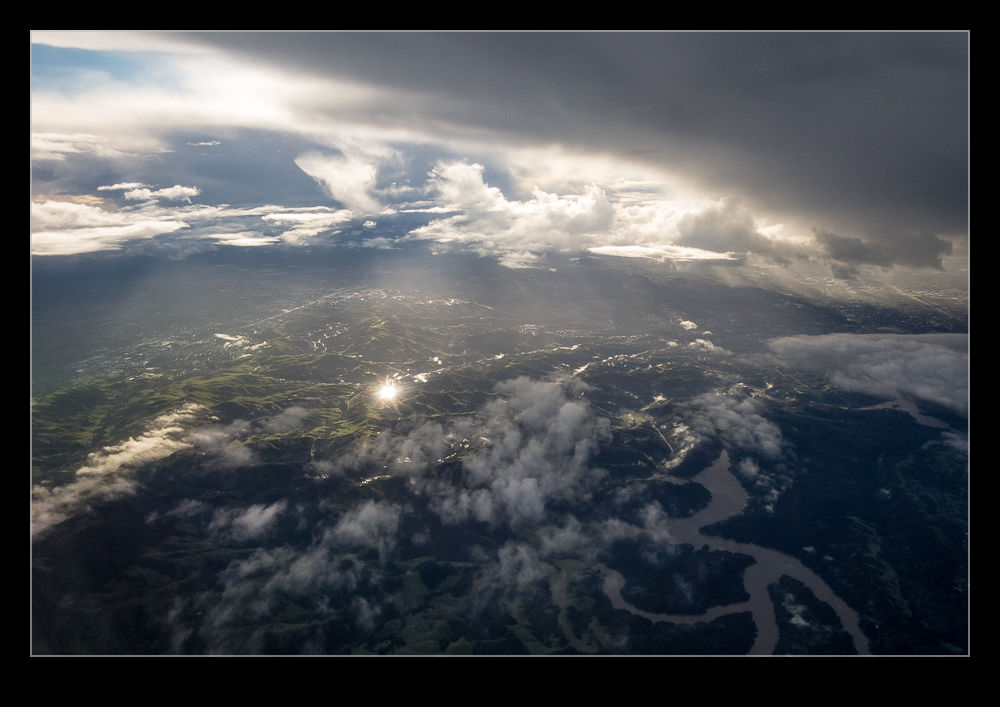 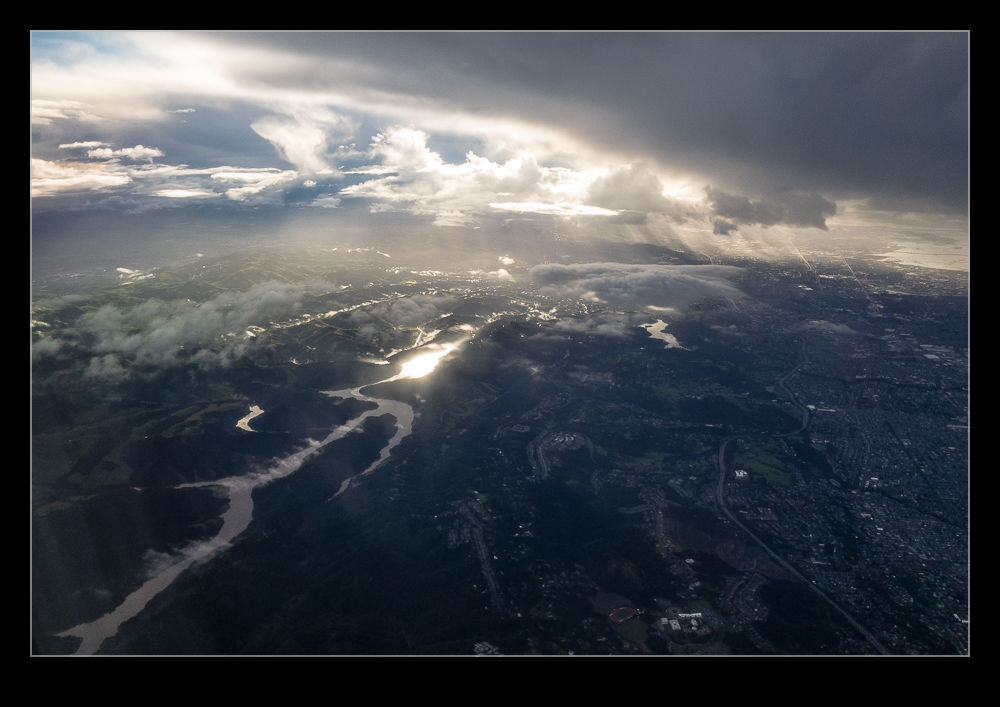