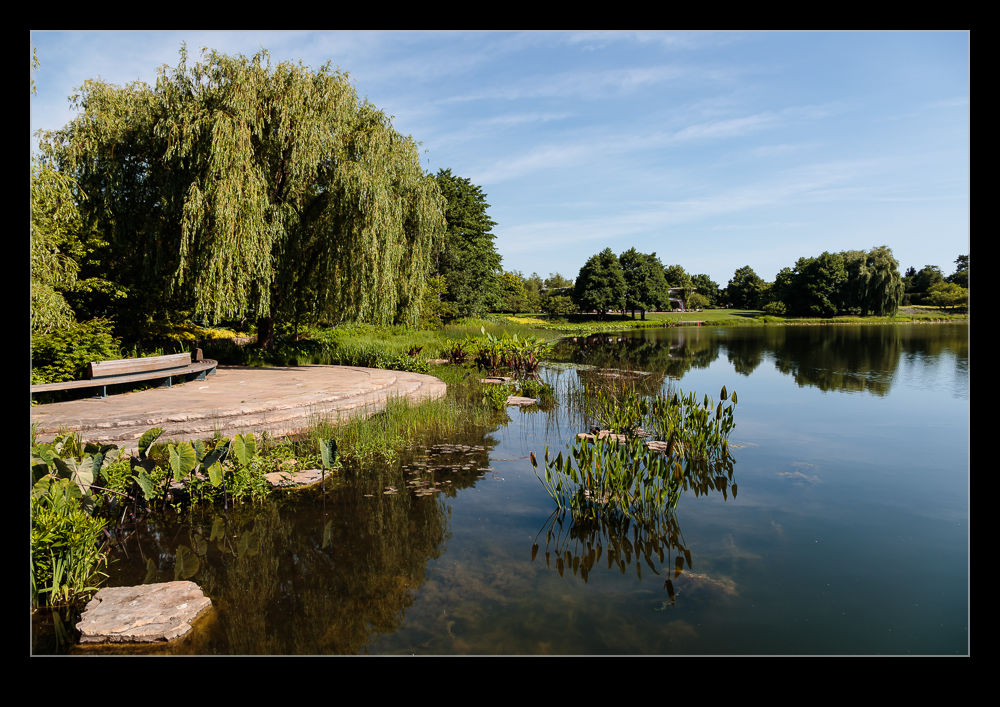 The Chicago Botanic Gardens open at 7am.  This is something I was totally unaware of when we lived in Chicago.  During our recent visit, we were staying a short distance away and had some free time in the morning.  We decided to go early, have a wander around, get some breakfast there and then go back to the hotel to be ready for the day.  We might not have been there spot on 7am but we weren’t much later. 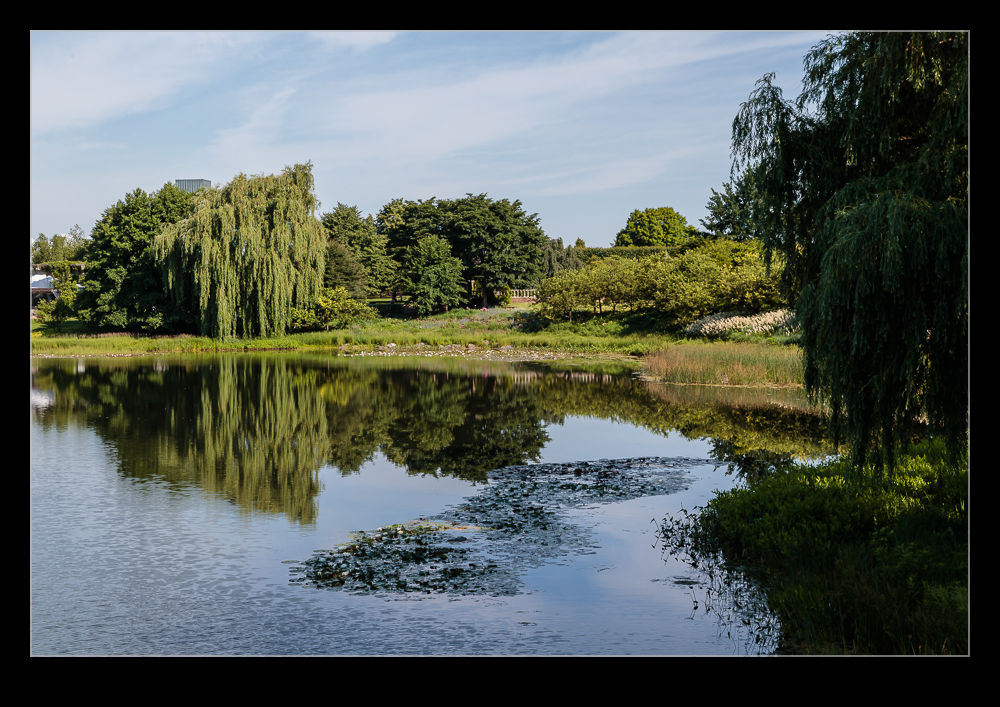 Early morning is a great time to look around.  It was a hot weekend that weekend so we were able to enjoy the gardens before they got too hot.  We were also able to enjoy them pretty much alone for a lot of the time.  The crowds have not shown up yet and the place is occupied by the regulars.  In some of the more central parts of the gardens, the groundskeepers are still busy at work sorting things out before the majority of visitors appear. 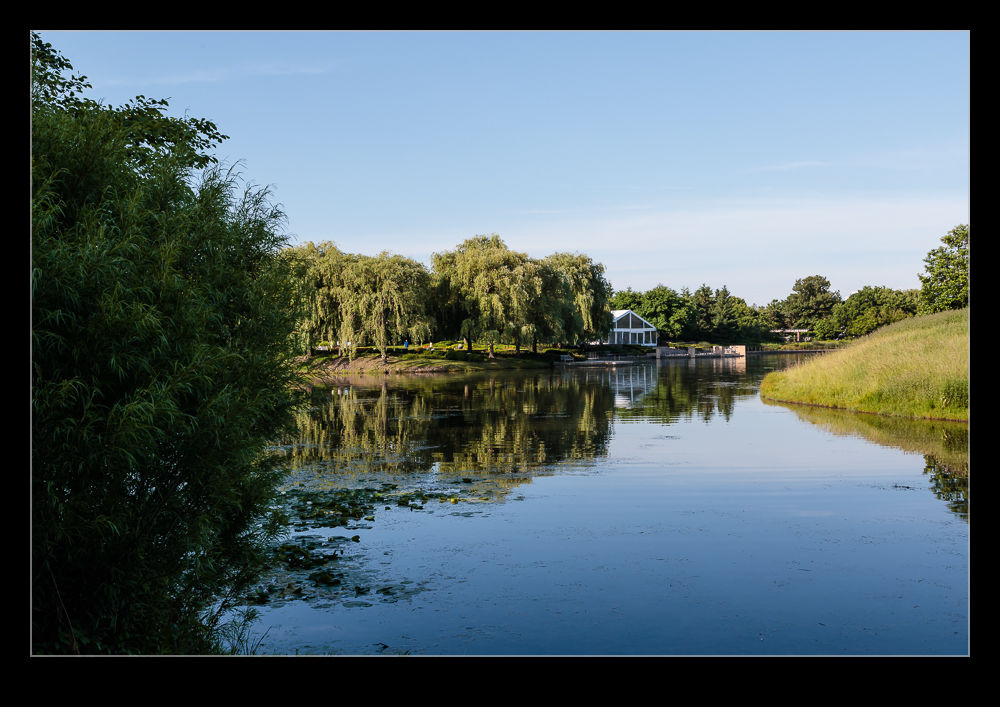 We wandered around a good portion of the grounds.  Heading towards midsummer, even that early in the day is long after the sun comes up so it isn’t the perfect light.  It is a lot better than later in the day though so worth taking the camera.  With so few people, the chance to get unobstructed shots is worth it in itself.  Having not been for a while, the chance to walk the grounds again was a treat as well. 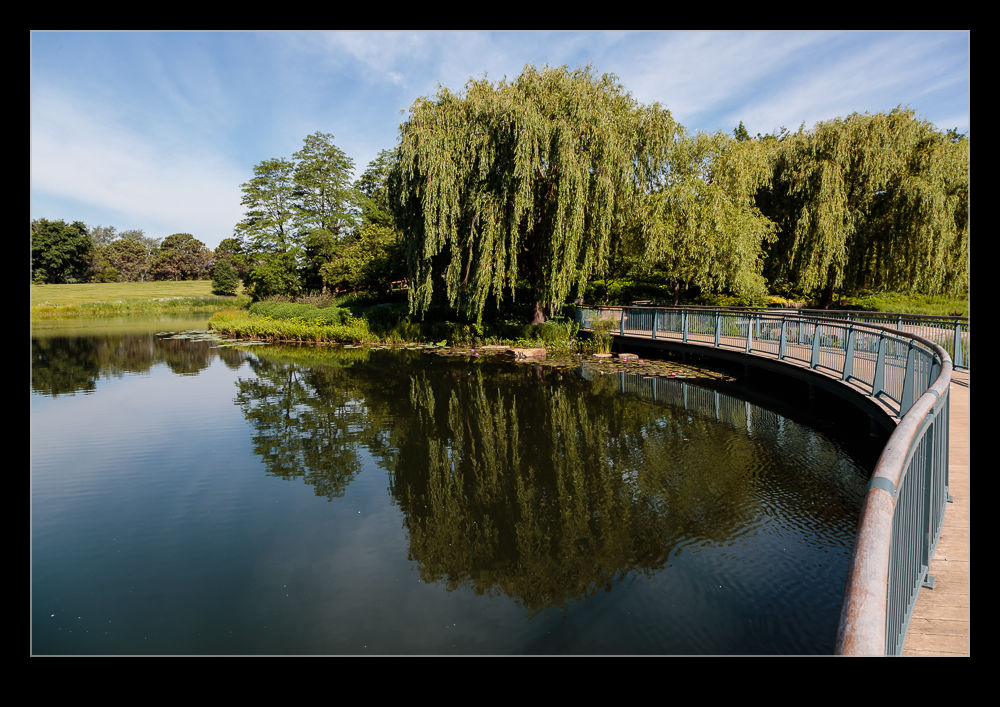