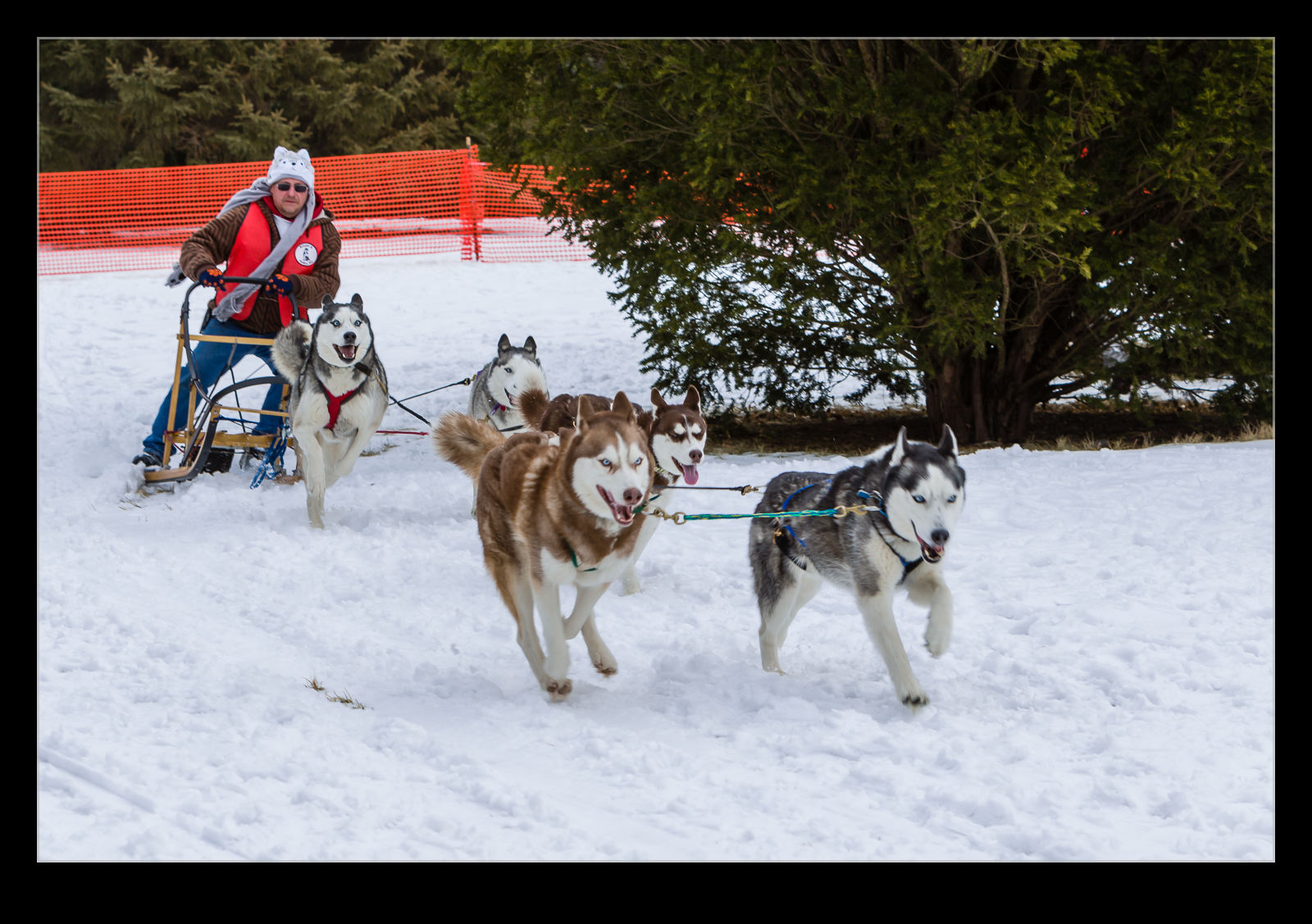 Unless you live in the mountains, California winters are not a time for much thought about snow.  However, I did find myself thinking back to an event we went to a couple of time when we lived in Chicago.  Morton Arboretum is located in Lisle, west of the city, and was a favorite place for us to visit.  In any season it was a pretty place to walk.  During the winter, they would put on a demonstration of dog sledding and this could be fun to watch. 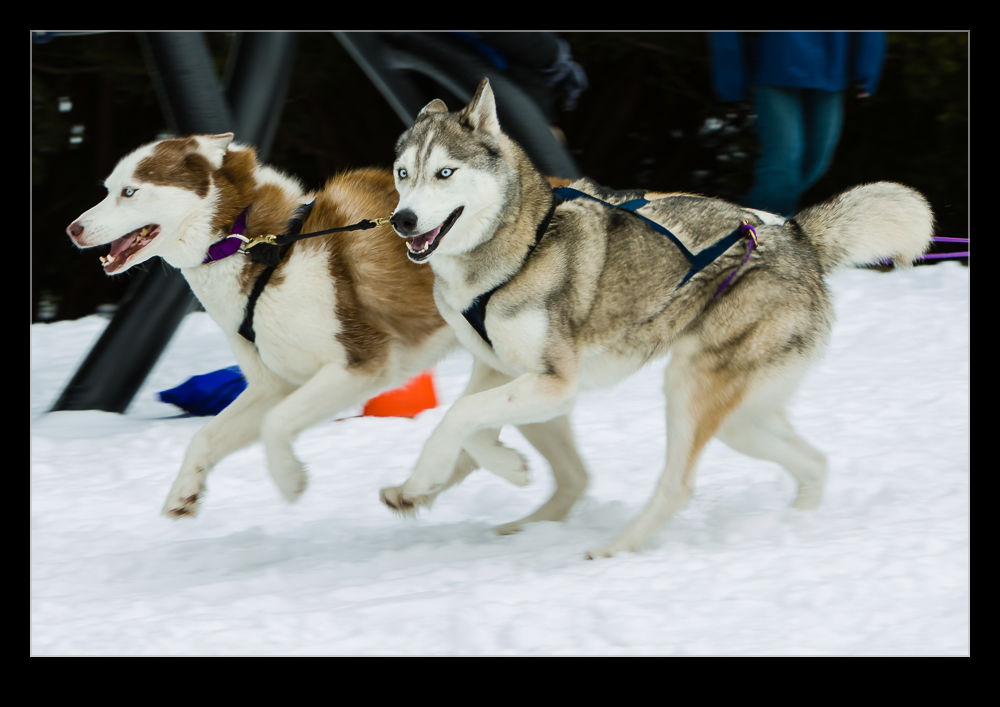 A course would be set up through the trees so there were plenty of places in which you could set yourself up to watch the action.  The runs would take place at various times throughout the day and between them you could go and talk to the people and meet the dogs.  They were certainly energetic creatures and, I imagine, they would be a real handful to have in a house.  Let the buyer beware! 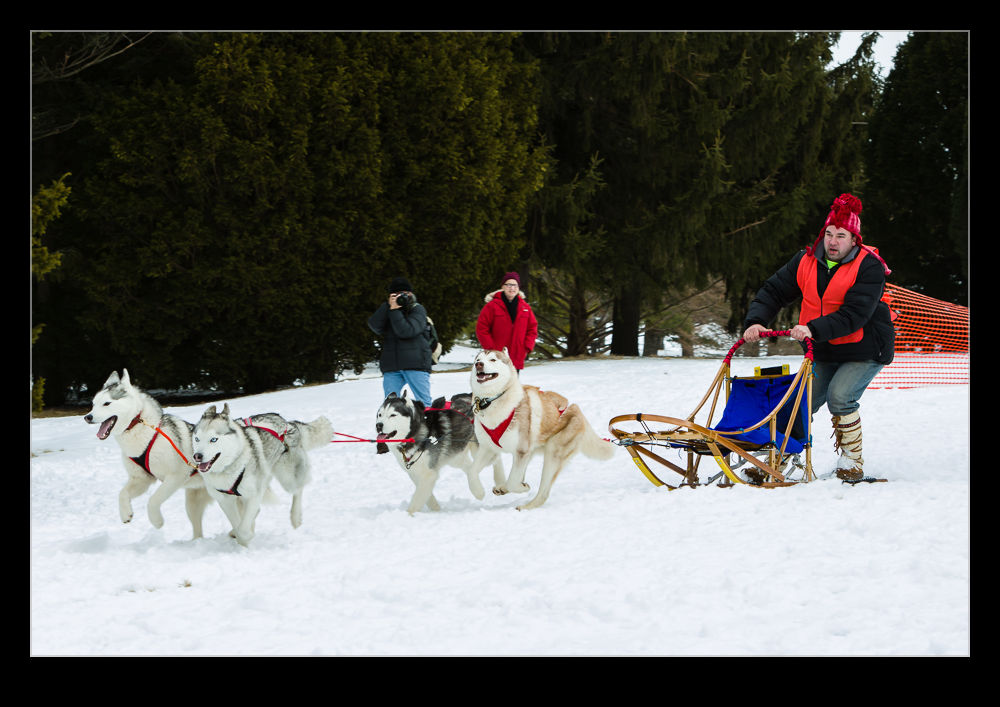 The snow was not too deep on this occasion so it was relatively straightforward to head out around the course and get set for the teams when they came through.  Most of them had things well under control but sometimes a single dog sled would appear and the dog might get a little distracted by all of the cool smelling stuff around them.  At this point, the person would appear to be doing more of the pushing and the dog less of the pulling. 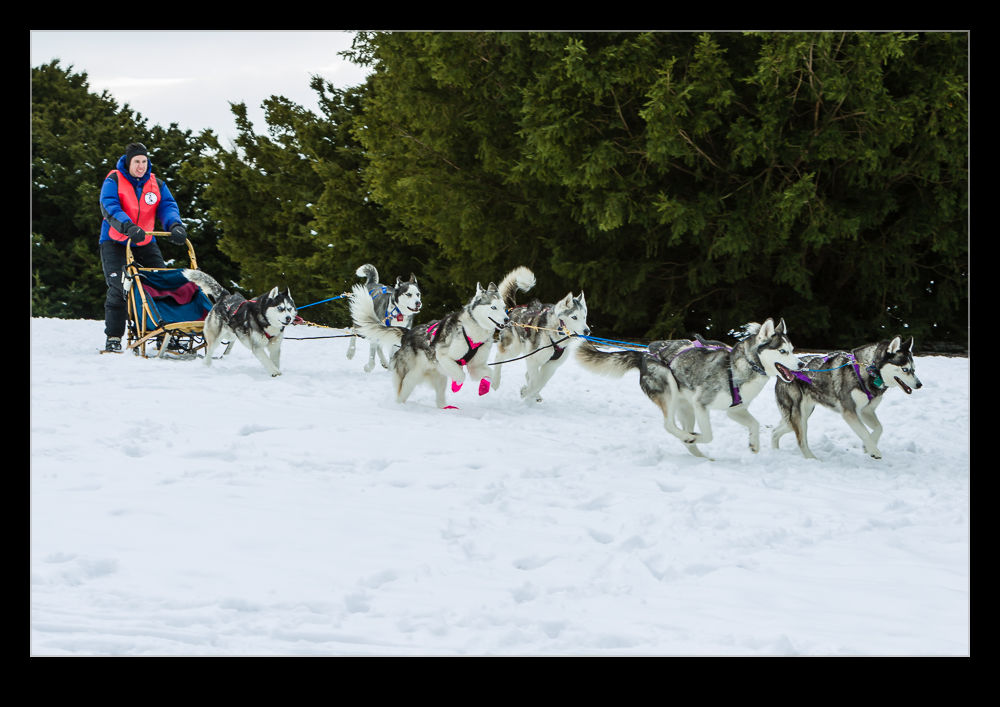 Shooting in the snow is always a little interesting.  The brightness of the snow itself contrasts a lot with the shadows in the surrounding trees.  This is when shooting RAW really helps as you can get a lot more out of the shots. 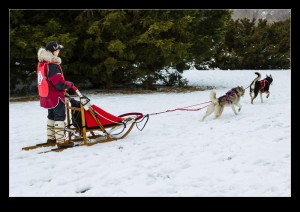 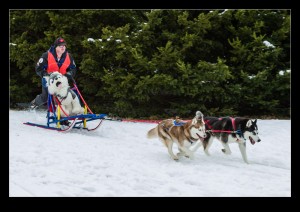 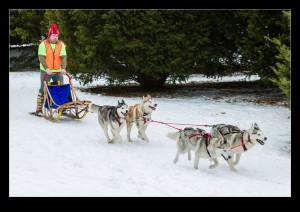 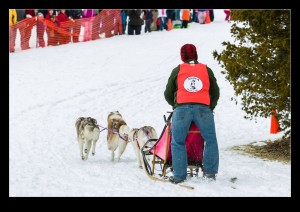 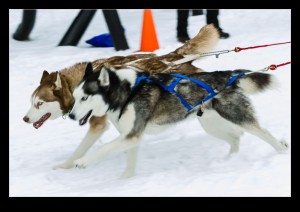 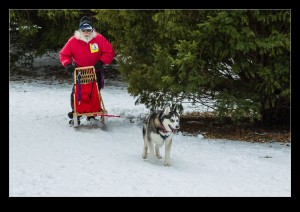 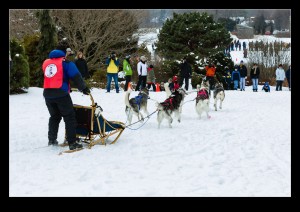 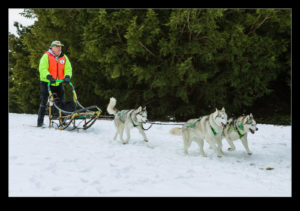 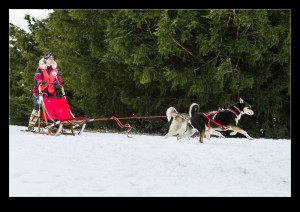 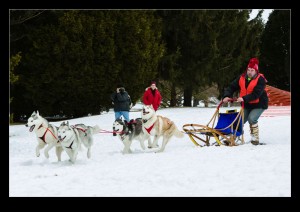 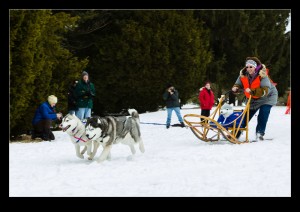