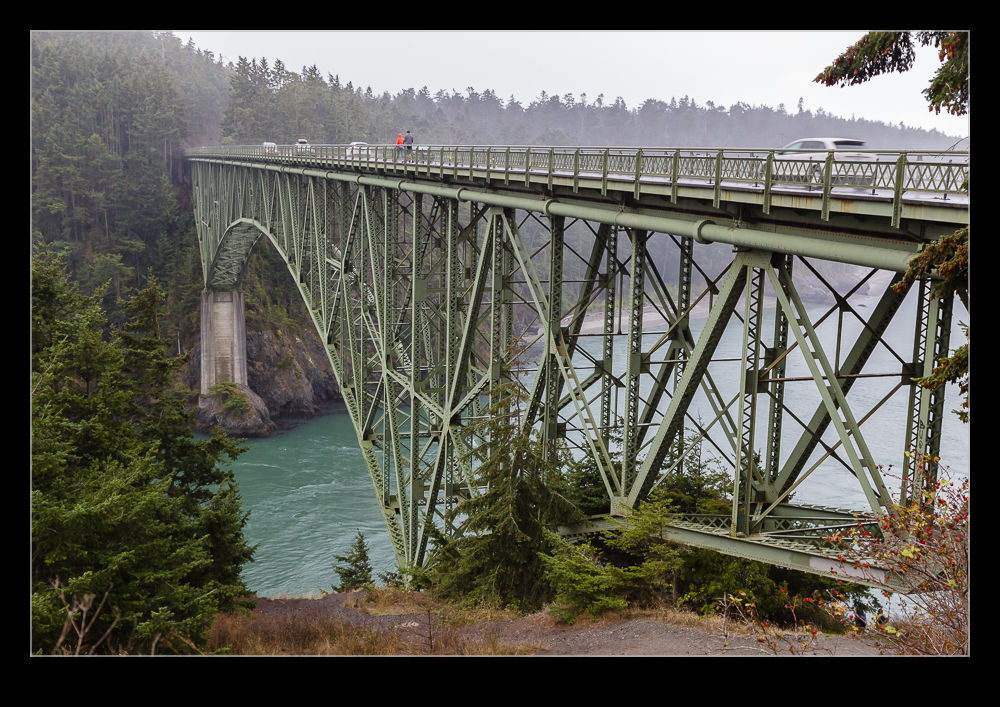 We made a transit from one location to another that involved two ferries.  It was necessary to drive across Whidbey Island to get from one to the other and, aside from the weather meaning there was no action at the Naval Air Station for me to see, it also meant that we would cross Deception Pass.  I had no idea about this pass before we drive over it.  As we did so, we could see that it was a pretty dramatic spot so we quickly turned around and parked up. 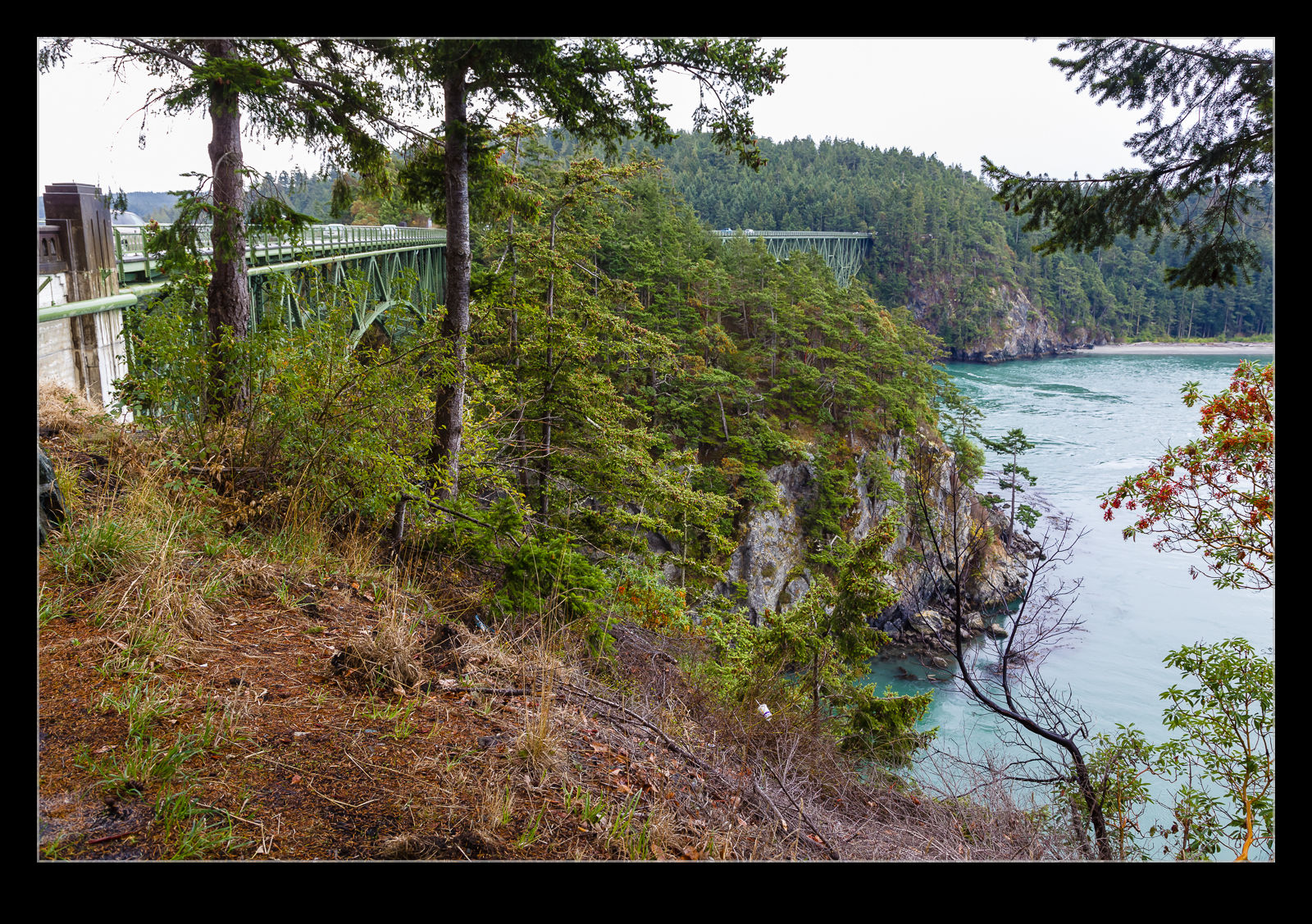 I decided to cross the first bridge to get to the viewing area in the middle.  It was raining quite hard but it seemed like it was worth getting wet for.  What I hadn’t thought about was my queasiness with heights.  While I have no issue with flying and I’m quite happy to sit in the open door of a helicopter while photographing something, I do have an issue with heights in certain circumstances.  Walking across high bridges while very close to the edge is one of those.  This bridge has a sidewalk but it is not wide and you have traffic very close so you don’t have much scope for staying away from the railings. 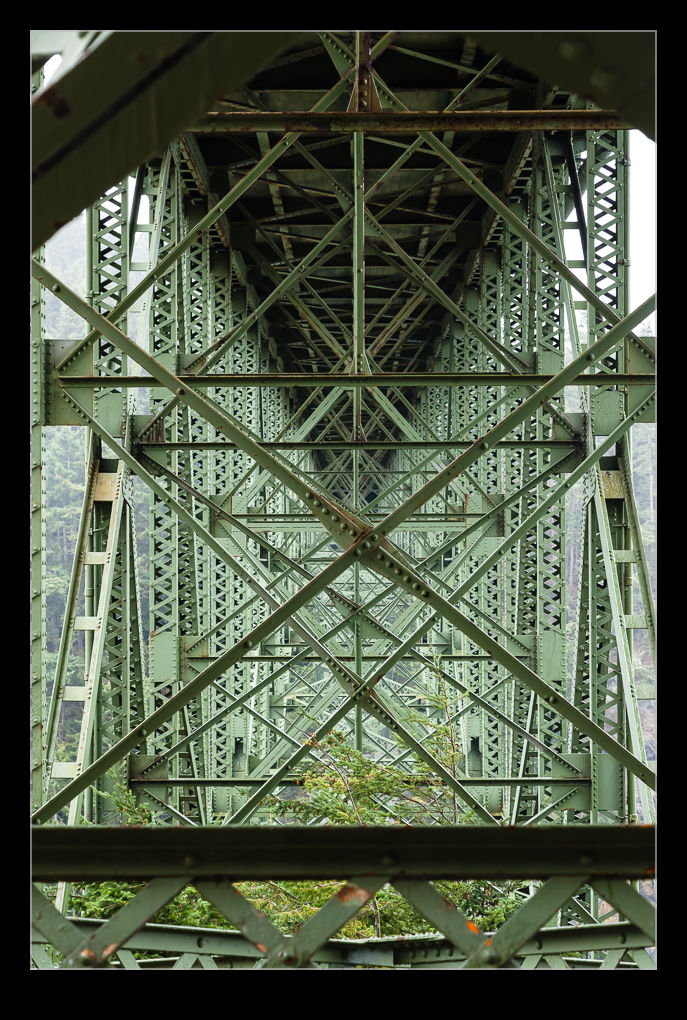 My logical mind knows there is nothing wrong and that I am not going to spontaneously flip over the railing but that doesn’t stop me feeling very uncomfortable.  However, just like being on the top of high buildings in Chicago for photo shoots, if I want to get the shot, I am going to have to suck it up.  It was worth it.  The viewing areas in the middle provide some great looks at the structure and the colors of the bridge were enhanced by being so wet.  The water below certainly looked turbulent and I can imagine how happy everyone was when the bridge was originally built. 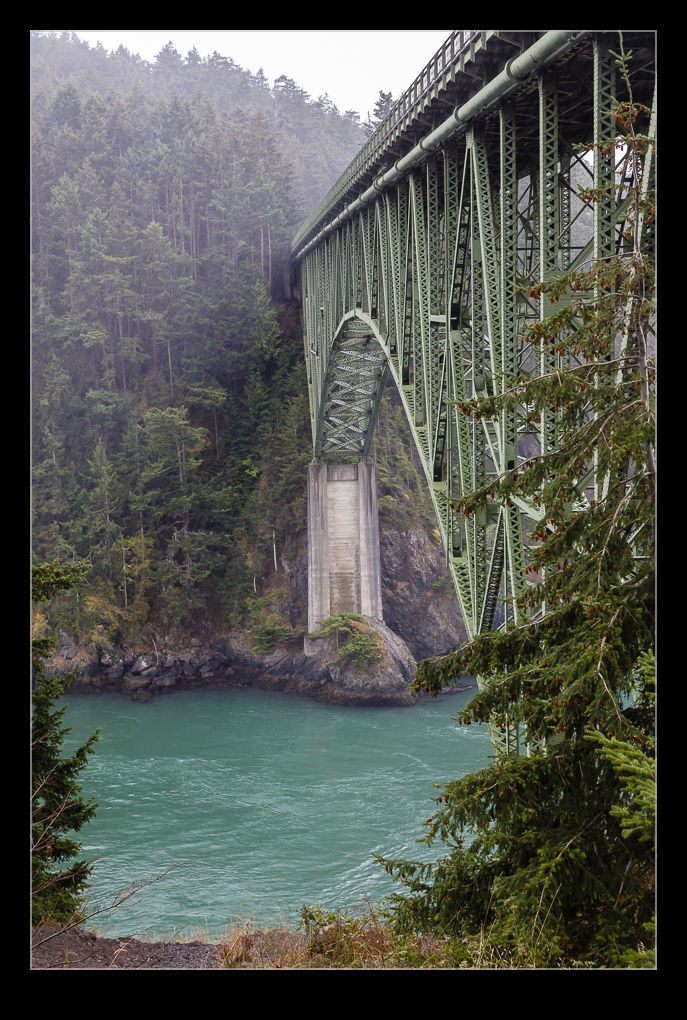