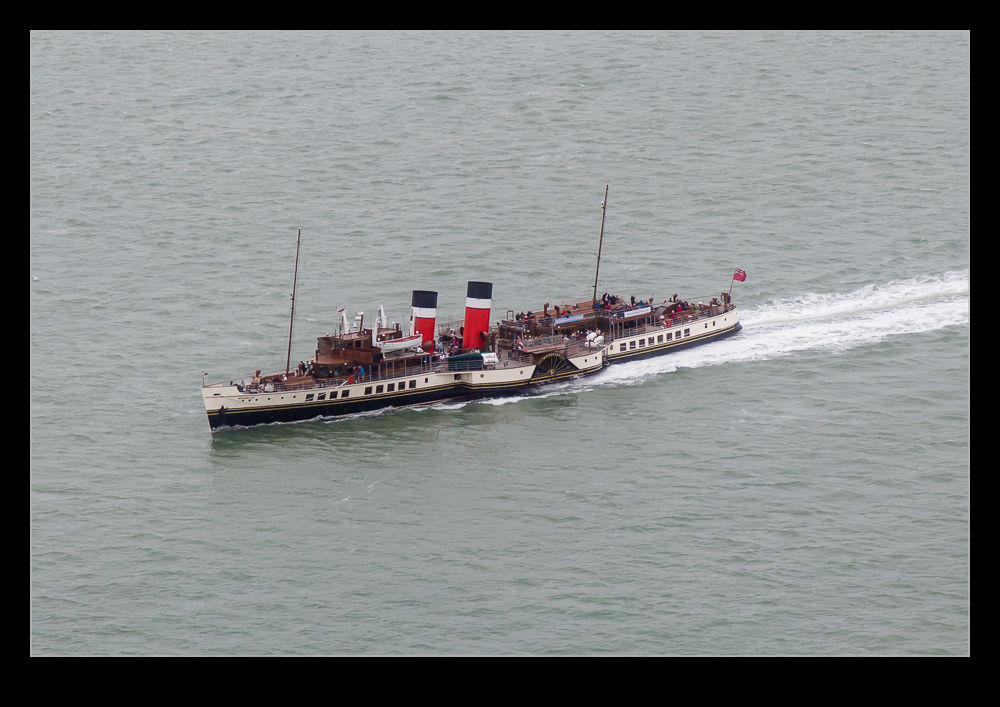 Continuing with the round the Island flight that Pete and I took, we ended up having a bit of a maritime excursion.  It seems that anyone with a boat was out waiting for us, whatever form those boats took.  As we reached Yarmouth, the Wightlink ferry was arriving so I got a shot of it.  As we reached Cowes, the Red Funnel ferry was coming out so we got it too.  Just off Cowes, the paddle steamer Waverly was blasting along (she really can move) so an orbit of her was required. 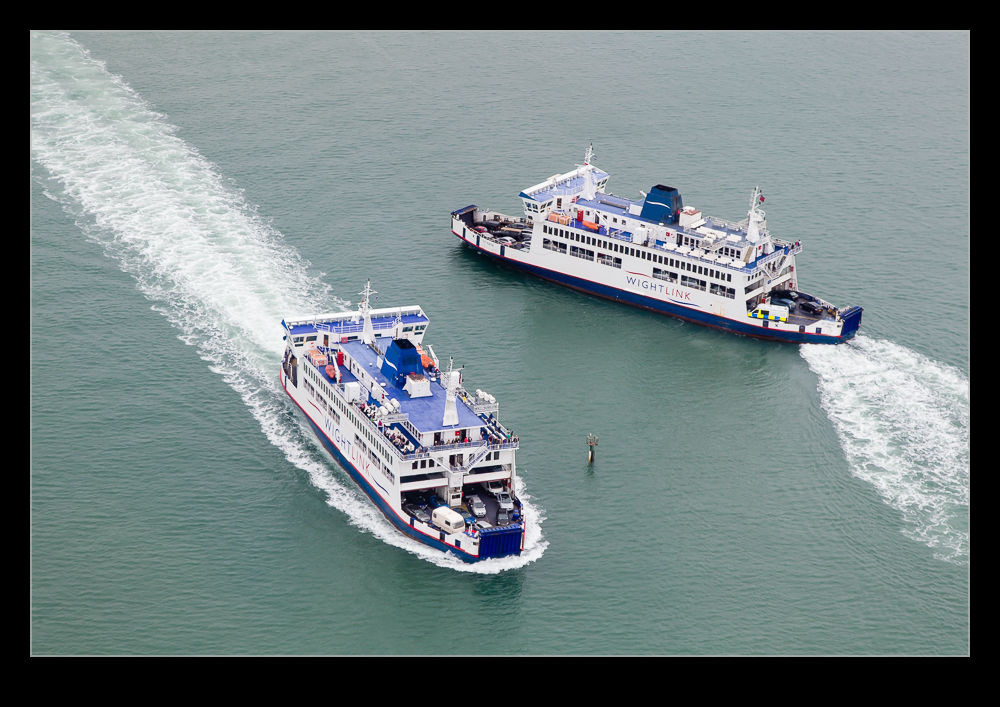 On to Fishbourne and two more Wightlink ferries.  One was just departing and the other just arriving.  They have to turn around at this point so a little dance ensues as seen from above.  Then it was on to Ryde and there we get a hovercraft making its arrival.  None of this was planned so I guess we were just on a lucky roll.  Then, as we headed across to Portsmouth, the catamaran from Ryde was on its way so we got a shot of that too.  I guess that is a full set for access to the Island! 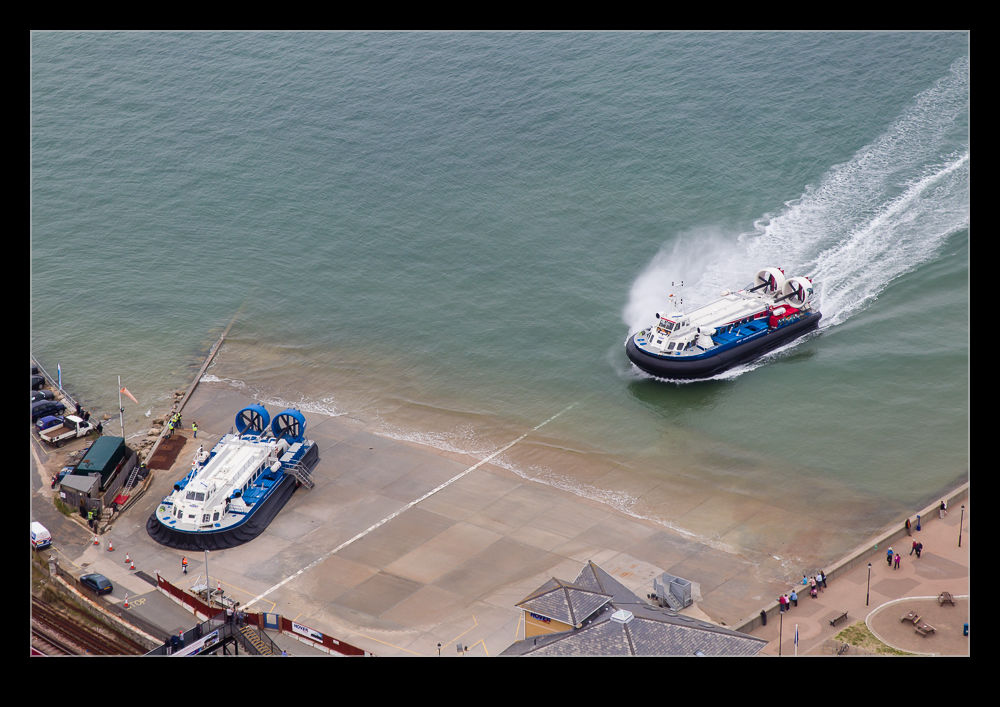