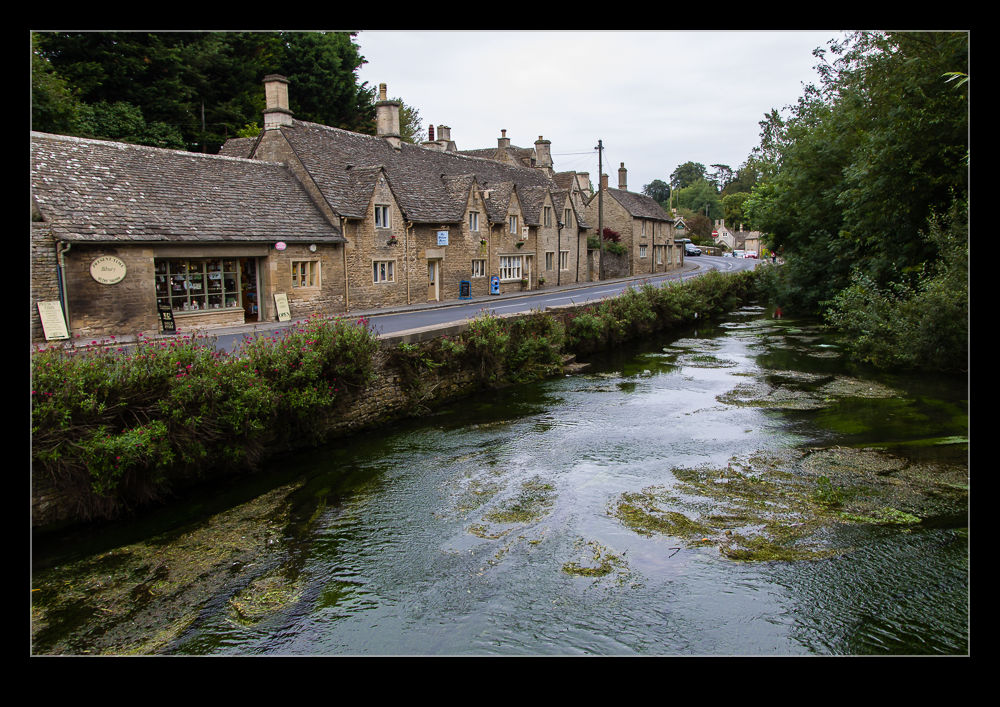 Nancy had looked at some possible places to visit while we were in the Cotswolds and one of them was Bibury.  I had never heard of the place but it turns out that this is one of the most photographed places in the UK.  I guess I should have known about it but I didn’t.  The photogenic area is a row of old cottages that are down near the river.  We certainly took a look but we also wandered around the rest of the village which is pretty without needing the most visited sections. 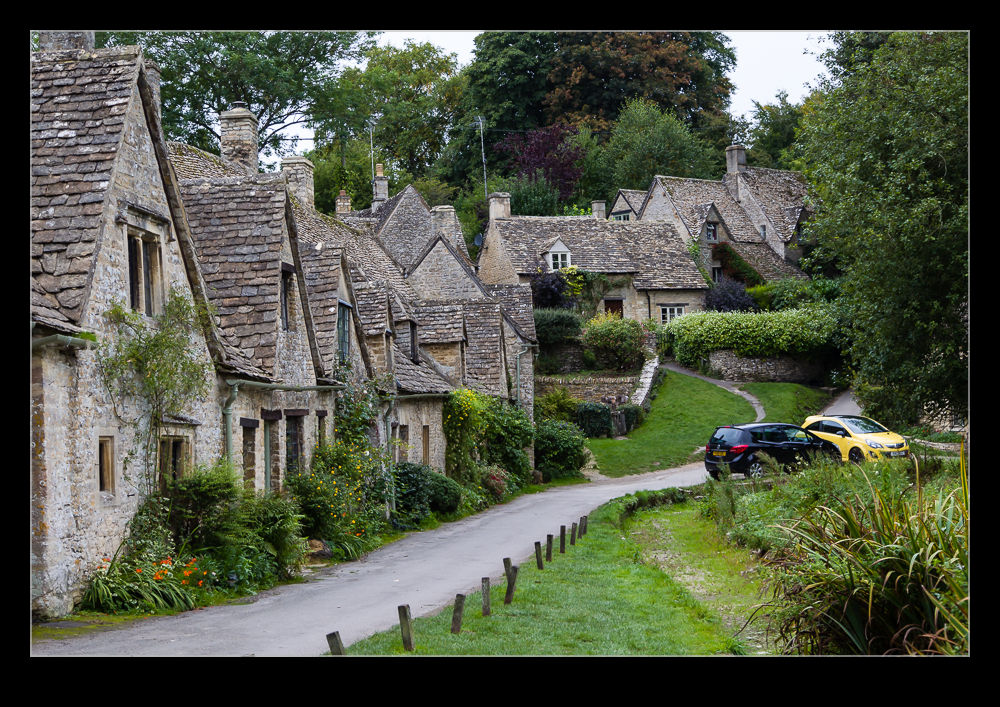 The heart of the village is the church.  It was a pretty nice looking building but surrounded by some places that were either not too appealing or were being rebuilt and were covered in scaffolding.  A little careful angling meant I could avoid the worst of the backgrounds.  The graveyard was also an interesting place to look around and see just how old some of the grave were. 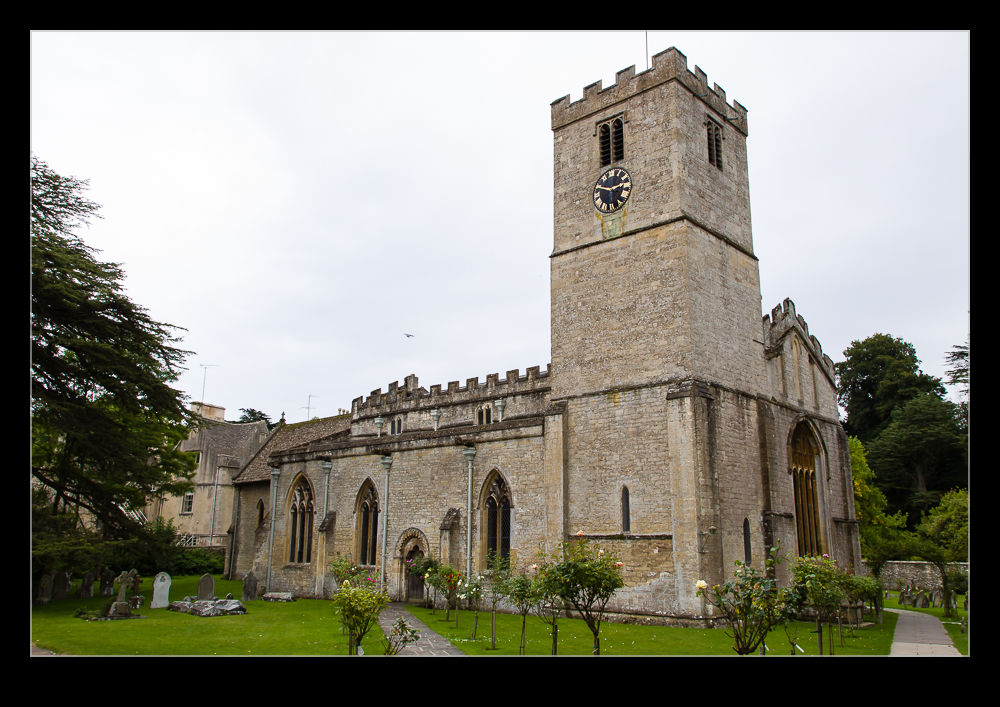 We did return to the most visited part of the village.  Coach loads of people would show up every once in a while so we did our best to avoid them and find times when they weren’t filling up the view.  Also, it was an effort to try and minimize the cars in the shot.  When you live in an old home, you don’t have parking included.  Therefore, you park outside your house.  Perfectly reasonable for the homeowner but having colorful modern cars is not what you want when taking a picture of centuries old buildings! 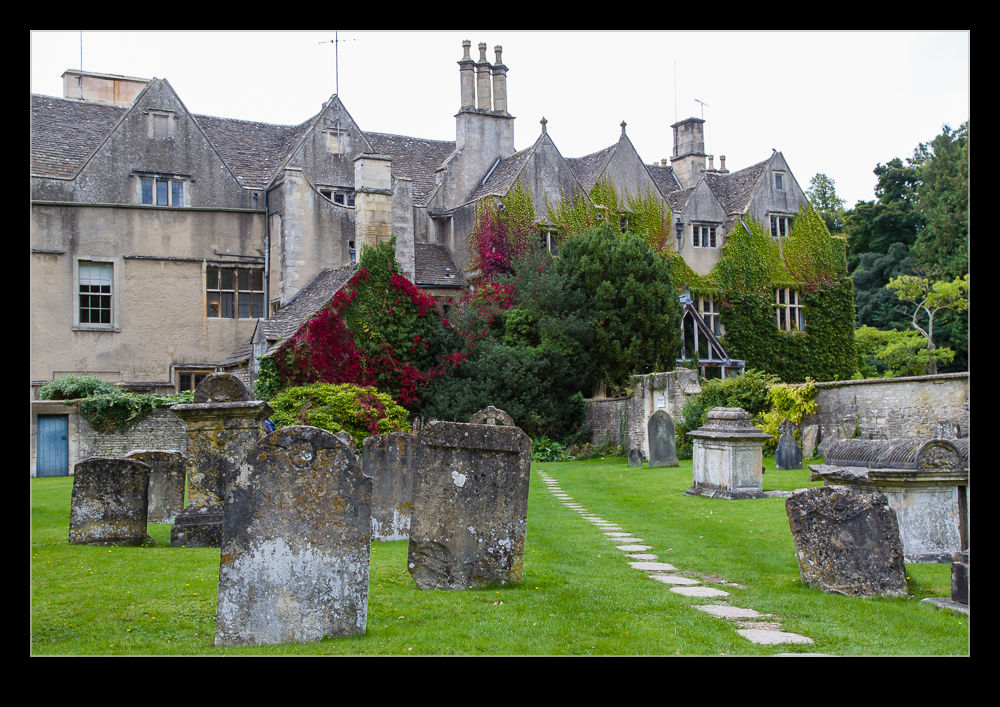 I can certainly see why the place is so popular with the tourists.  It really is about as typical of an English country village.  No idea why I had never heard of it but now I have so all is good.