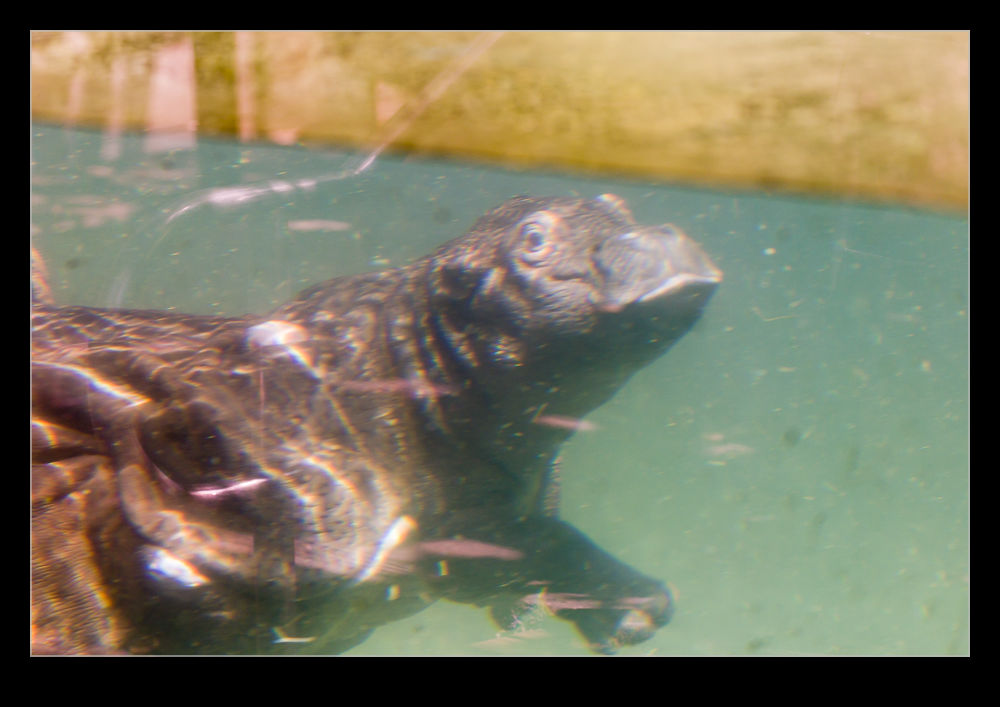 Plenty of wildlife shots make their way on to this blog. However, the ones that get the most responses are those that involve baby animals. The cuteness factor usually does the trick. Today we shall combine a creature that is not usually known for being cute (although I do find them fascinating) with the baby element to see what results. Is a baby hippo cute? 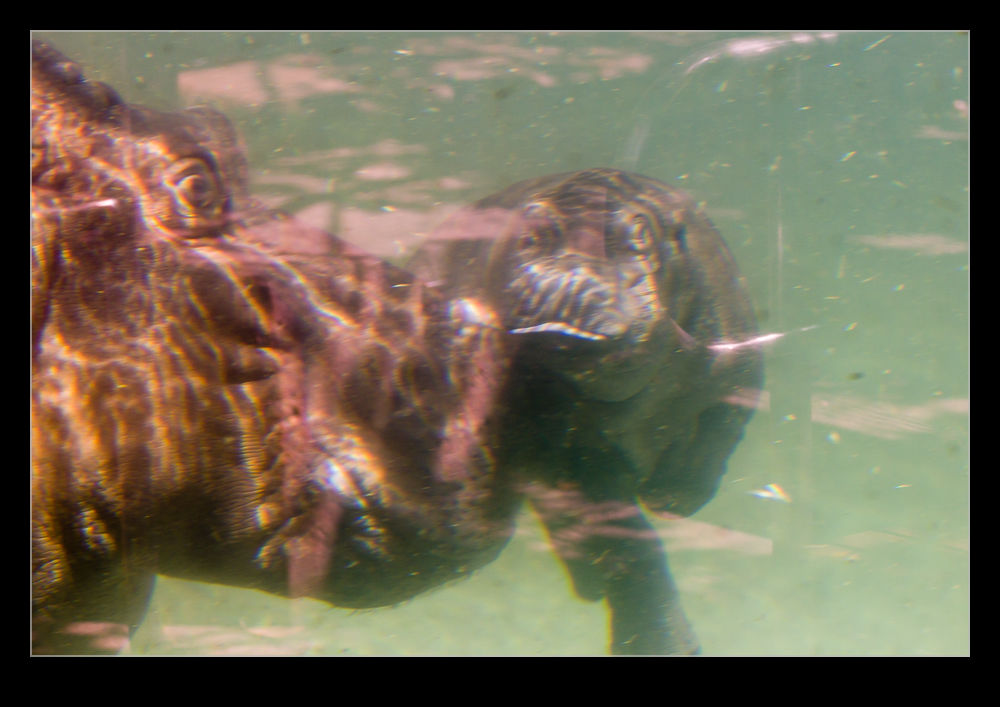 If the responses of the visitors to San Diego Zoo are anything to go by, definitely. This baby was really very young. It was in the enclosure with its mum and the mother was teaching it to swim. They were hanging out in the water under some foliage to make the most of the shade. Periodically, they would take a swim with her pushing the baby ahead of her under water. If it popped up to the surface, she would push it back under to get it used to being under for long periods of time. A couple of laps of the pool and then back under the foliage to take a break before repeating the process. Getting shots was not easy. First, mum was pretty protective and blocked the view of the baby a lot. It would pop up occasionally. Of course, shooting through thick glass doesn’t help. Once they were swimming there were better chances. However, the tank glass is thick and the distortion at angles is significant. Also, there were a ton of people also trying to get a view. 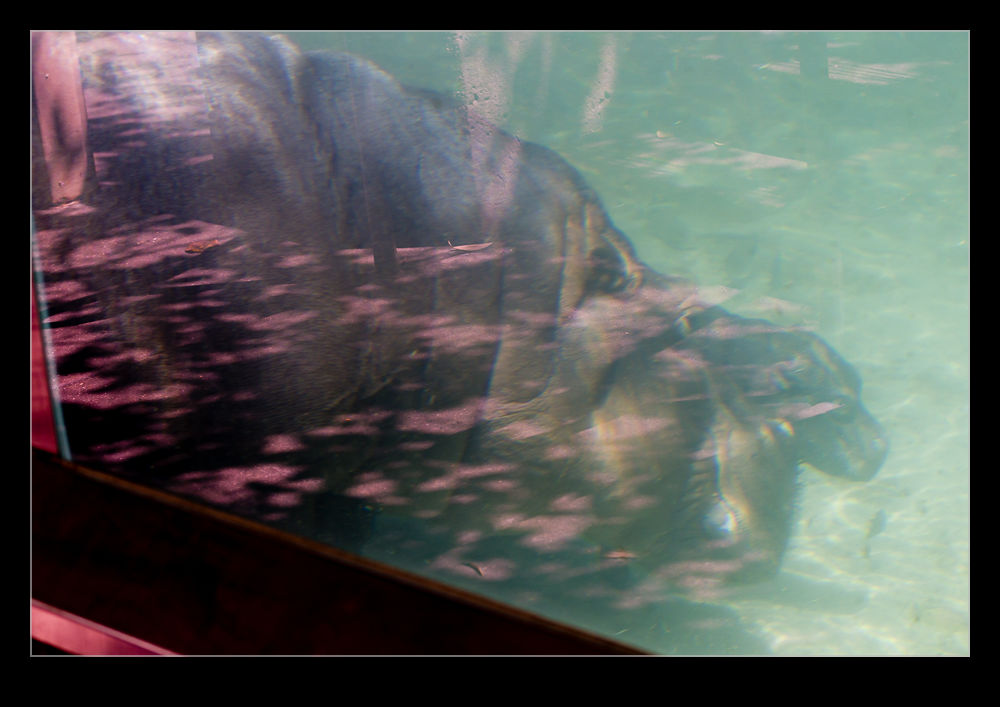 Despite all of this, we did get a chance to see the baby swimming around. It really was a very cute looking thing. The pictures will not be worthy of anything beyond the blog but they are a nice snapshot of the early days of a creature that will soon be a lot bigger. By the time this posts, I imagine it will have grown substantially. 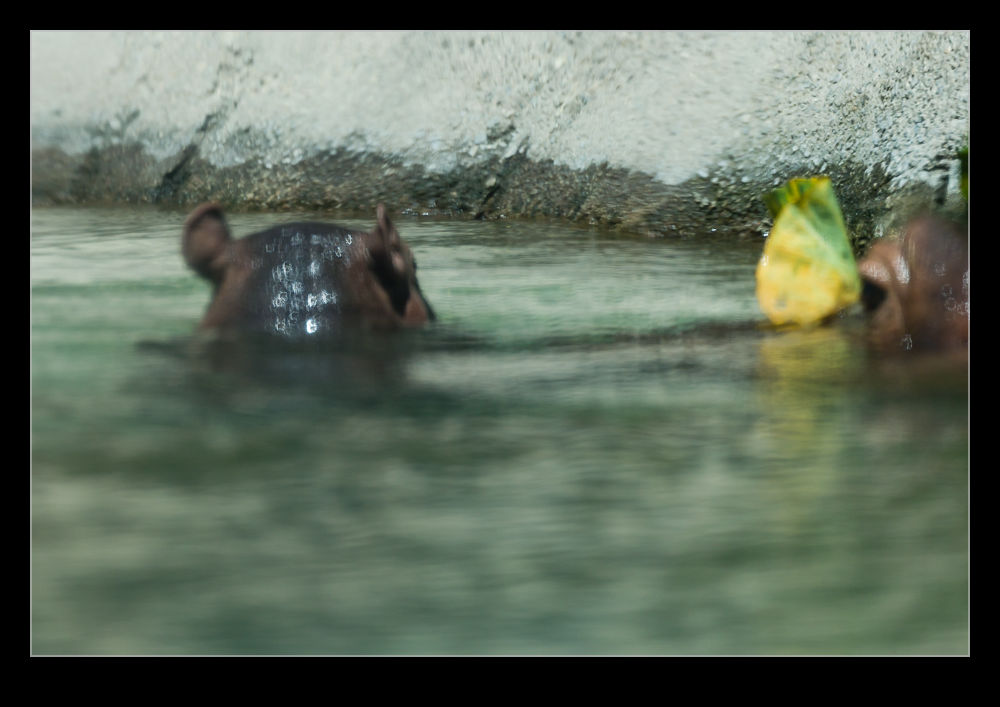 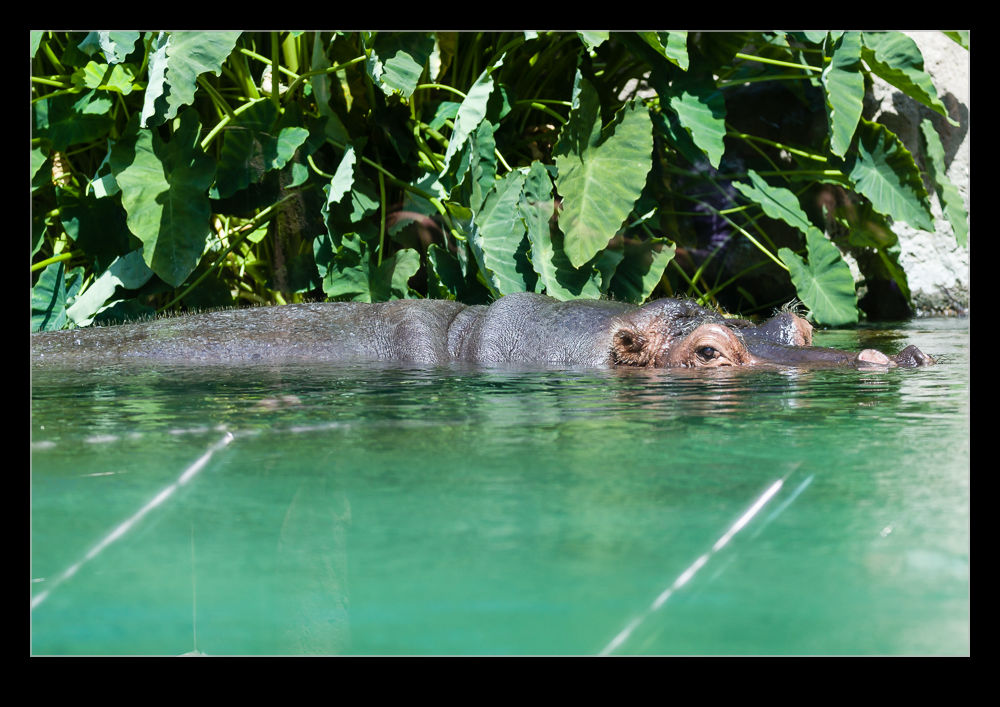