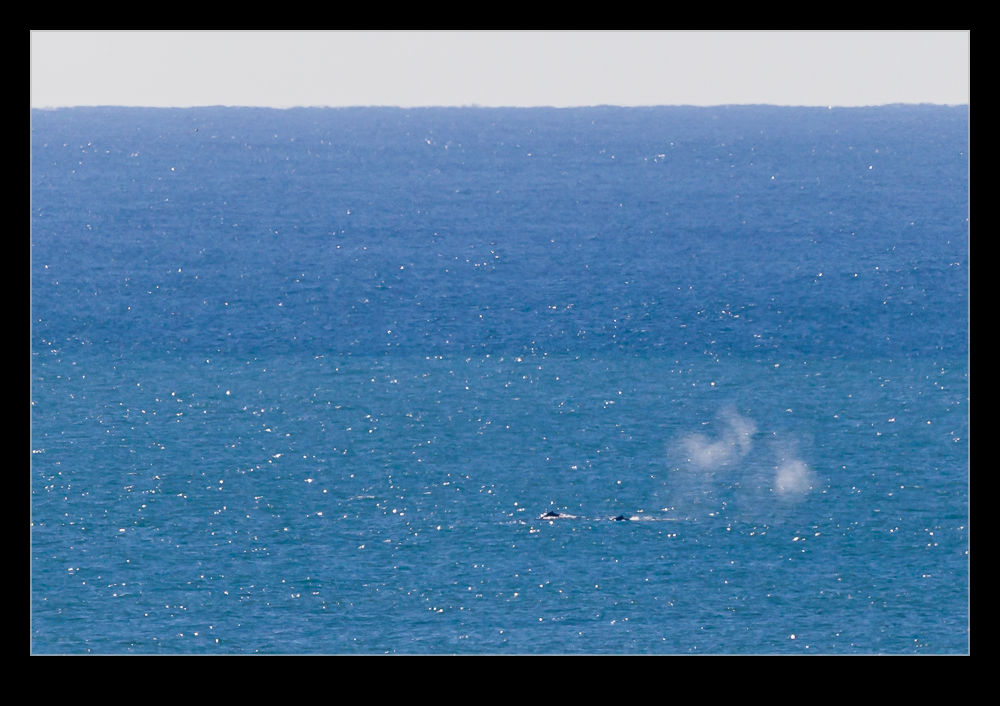 My sister has pretty amazing eyesight. Her ability to spot things before the rest of us has shown itself on many occasions. I have often been wondering if she is just making things up only to finally see what she saw. To all my pilot friends, I would recommend her as a second pair of eyes anytime. 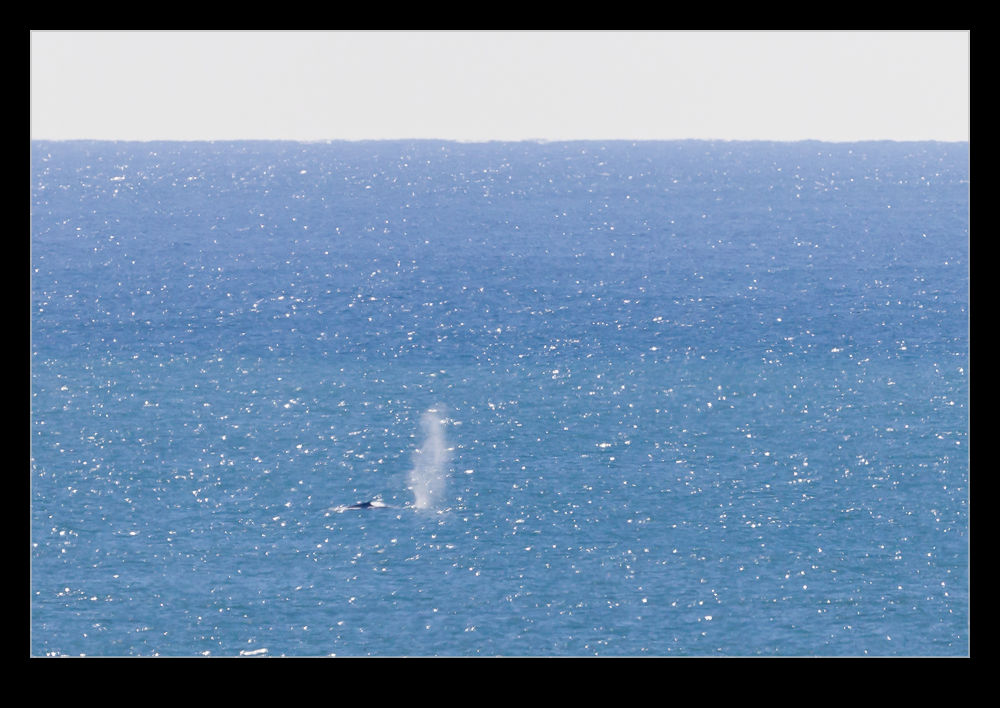 We were taking a trip along the Pacific coast while they were over visiting recently and she said she had seen a whale. This is by no means unusual along this stretch of coast but, even so, I was a little unsure if it really was a whale. Turns out it wasn’t a whale. It was at least five of them. They were a little way offshore but there they were. Plenty of spouts of spray from blowholes and the occasional sighting of bodies as they came to the surface. It was a shame that they were so far out but at least they got some whales for their visit.