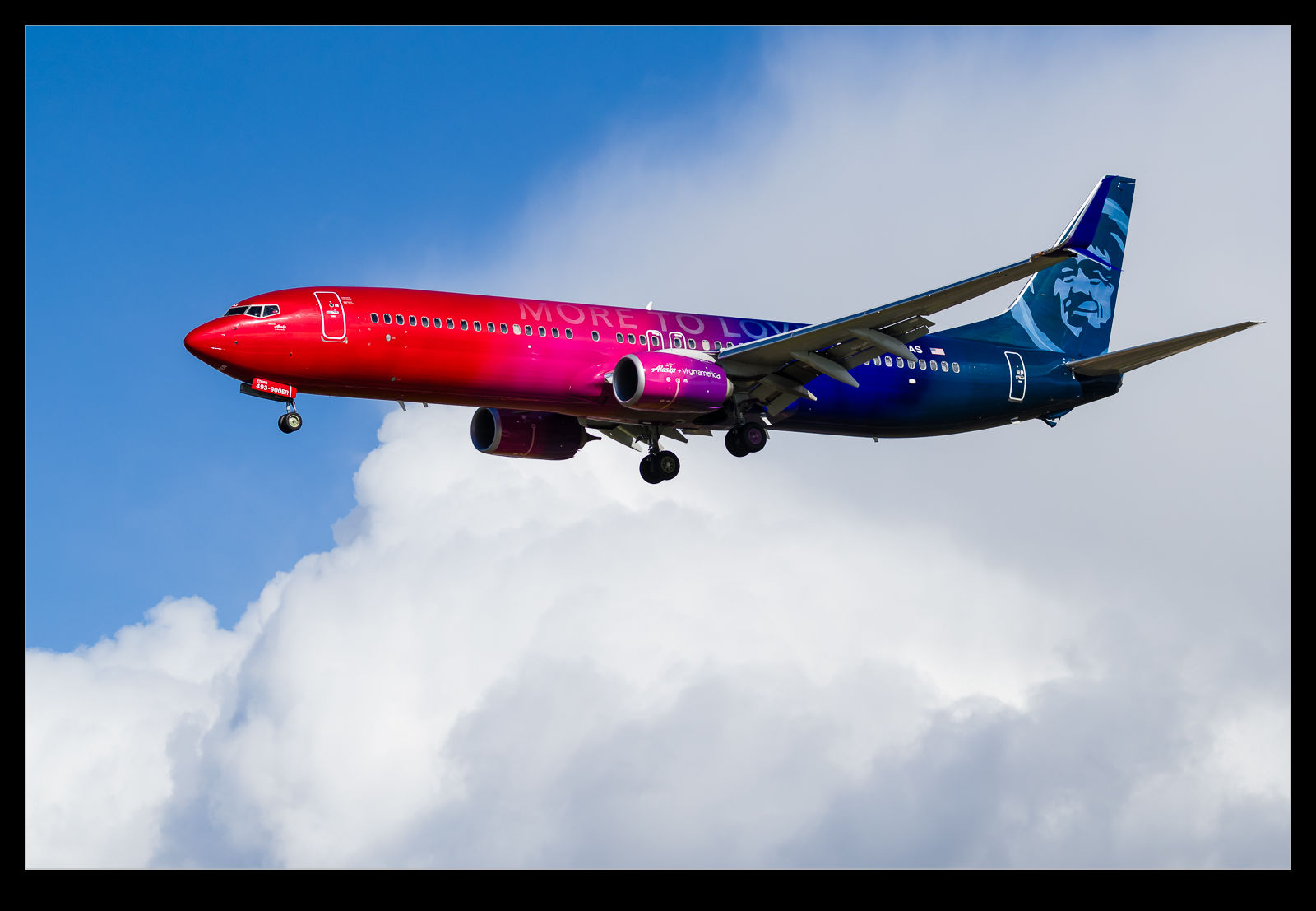 West Coast airline flying includes a lot of Virgin America.  Headquartered in Redwood City, just down the peninsula from SFO, Virgin America has been struggling to establish itself as a carrier with a different level of service.  It must have done well enough because Alaska got worried enough to buy it.  They call it a merger but Alaska bought Virgin.  Everyone wonder what will happen next since the fleets are totally dissimilar as is the customer service.  Alaska repainted one of their jets in a new livery to celebrate the completion of the acquisition. 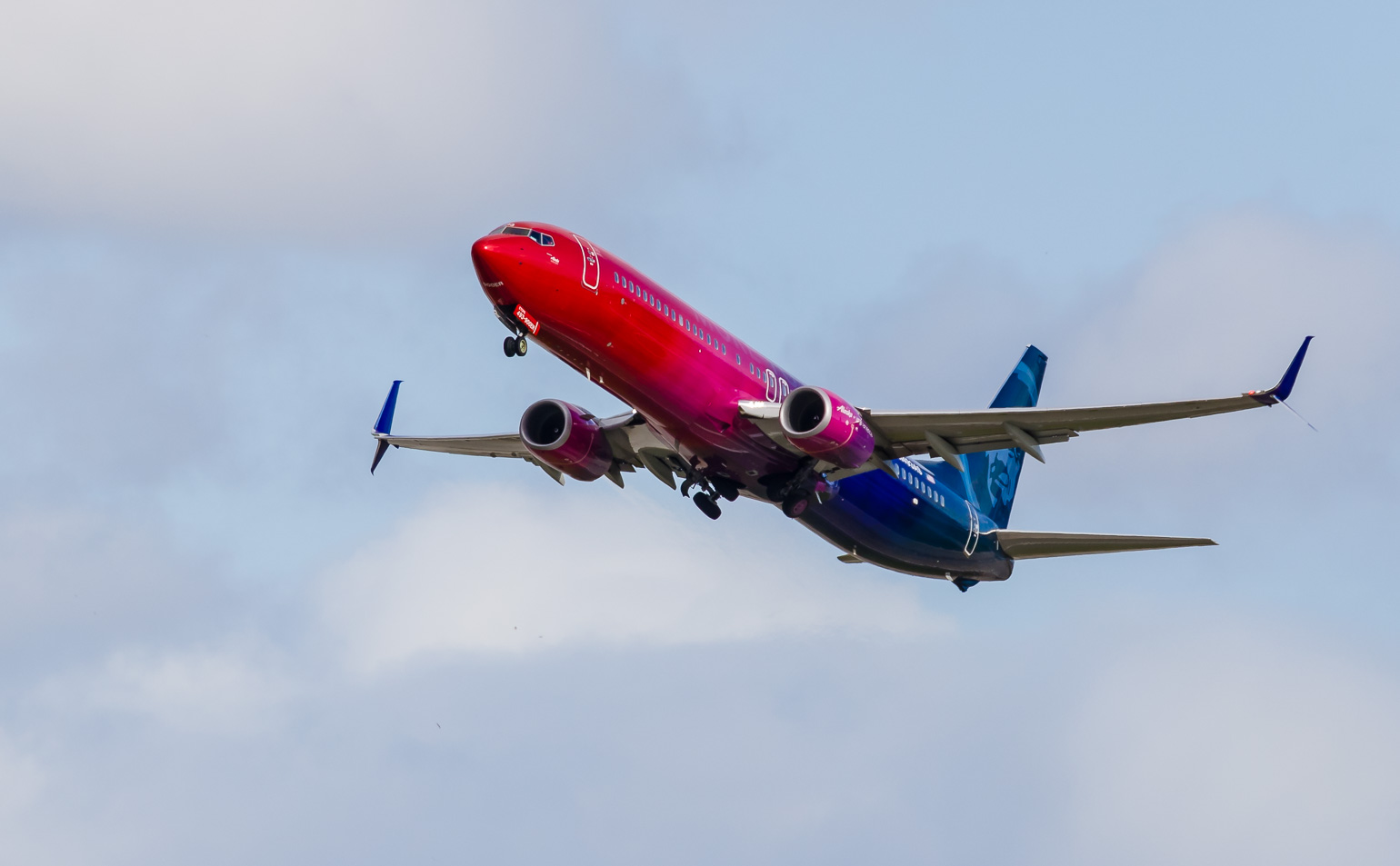 It is one of their 737-900s and the colors migrate from red to blue to symbolize the joining of the two.  I have missed the jet on numerous occasions.  I thought I was never going to catch it but finally saw it at San Jose.  You are a lot closer to the flight path at San Jose which is good.  What is even better is being there on the pouring rain when the clouds part five minutes before the jet arrives.  Sadly, the weather closed in just as it took off again but the light was okay over the airport, even if it wasn’t where I was.  Still, I finally got it! 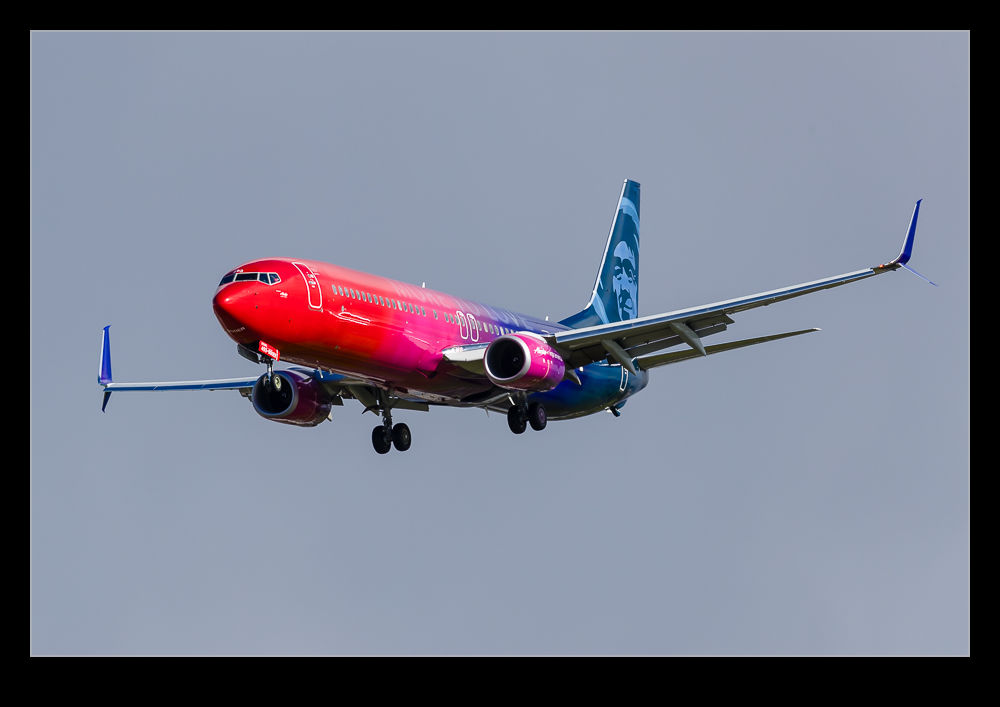 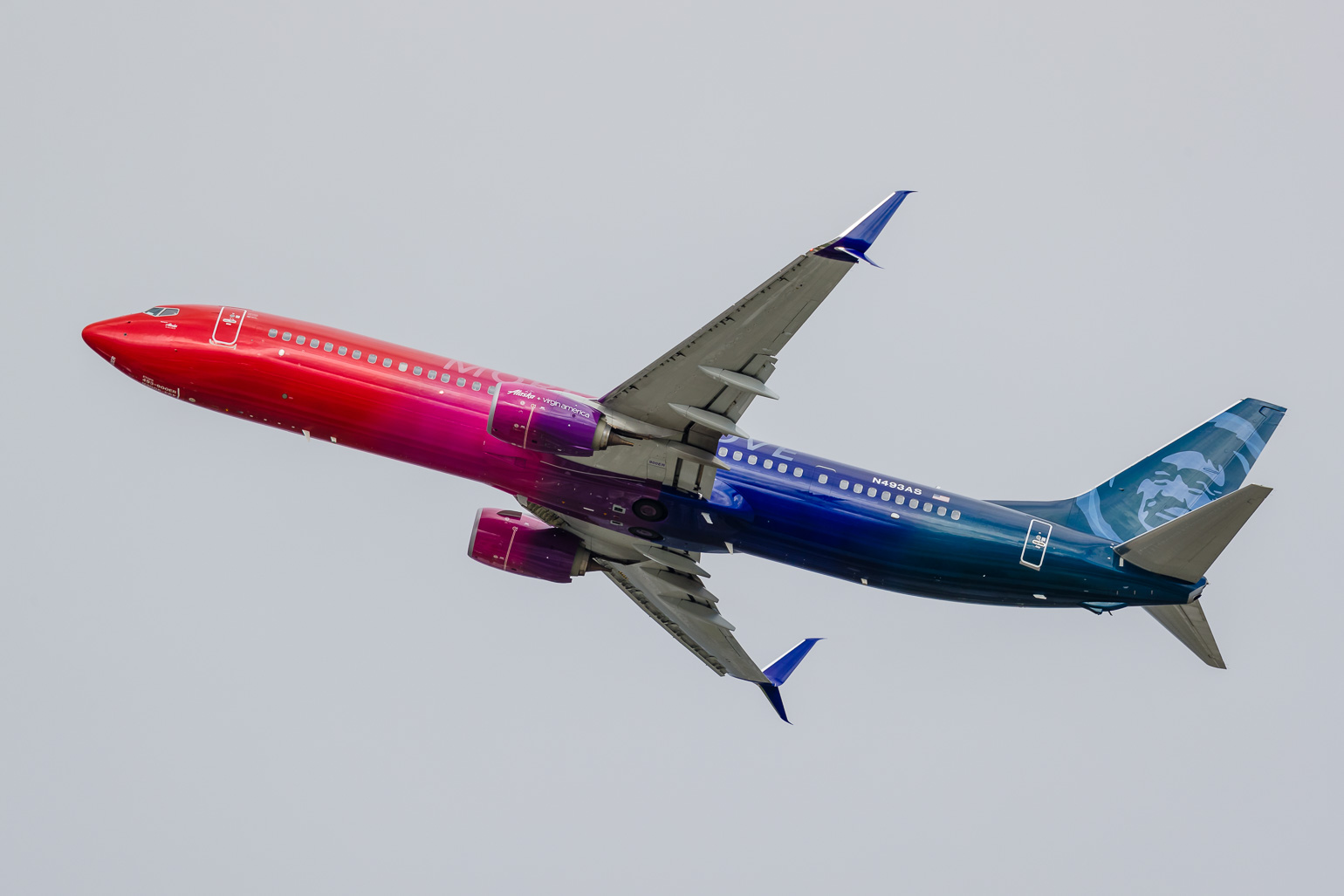