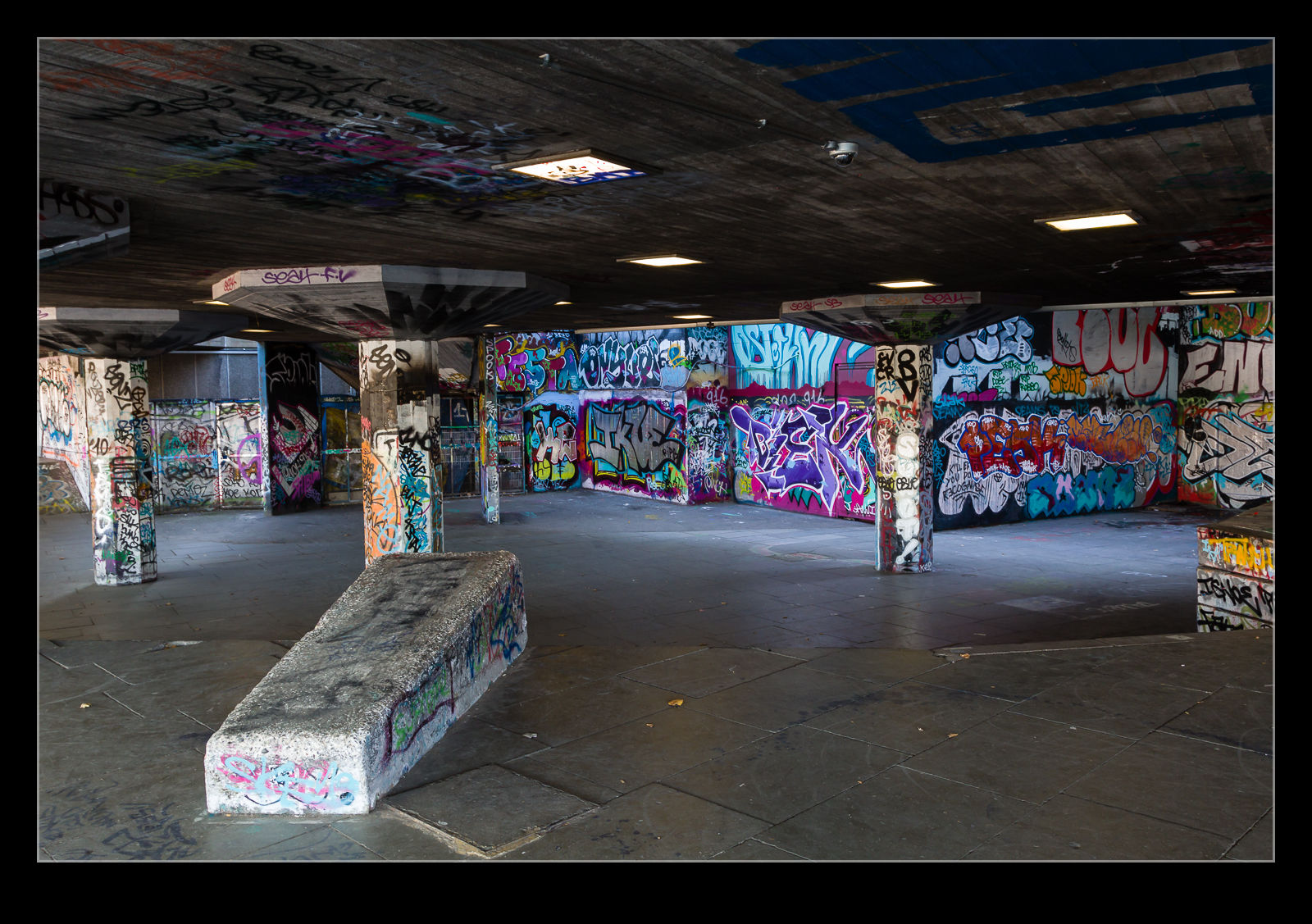 The South Bank of the Thames is a strange mix of places. County Hall and the Royal Festival Hall are alongside boat piers and railway tracks. The area has progressively developed and become more popular although there was a time when it was a pretty dodgy area. One strange place still there is a section of covered concrete that has become a popular haunt for skaters. The area looks intimidating enough but it has been heavily decorated with graffiti and it looks like something that you would enter in a movie with the audience shouting not to go in. 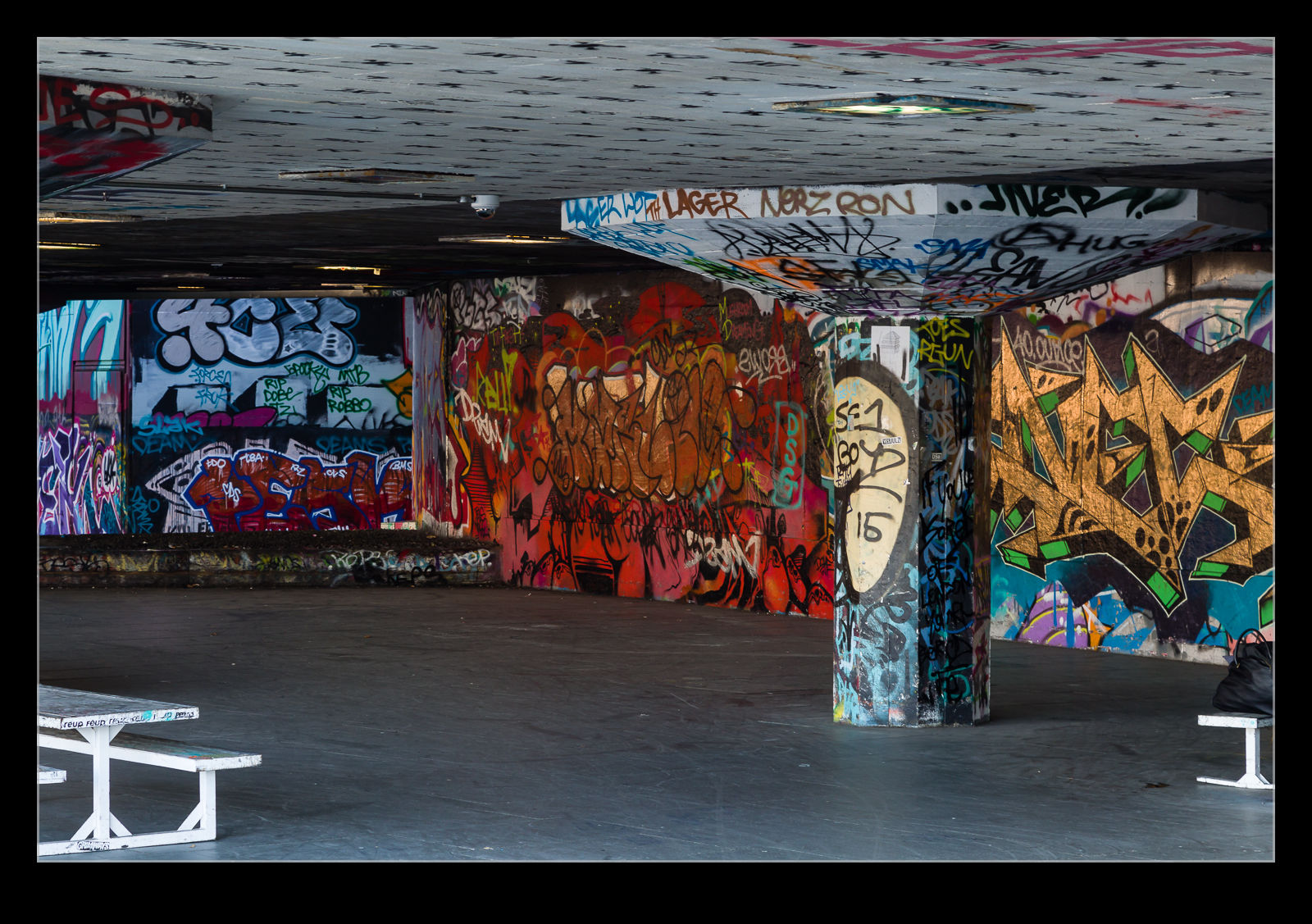 Actually, the area is quite busy and the skaters are only interested in skating. The fact that they haven’t been driven away but have, instead, been embraced is a pretty cool thing I think. The art on the walls obviously involved a lot of effort. While it may look like something to avoid, I would certainly take a look if you get the chance. 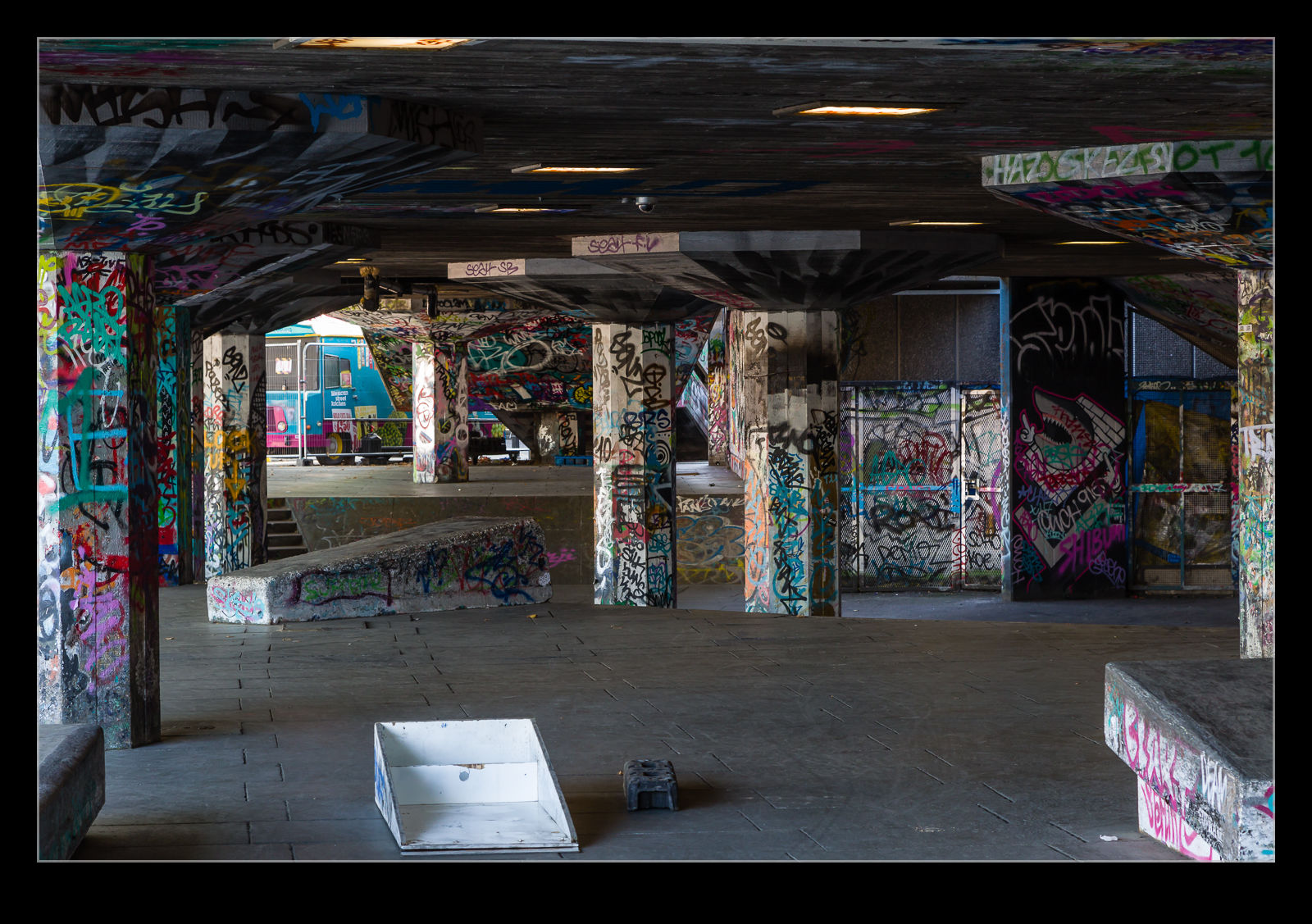