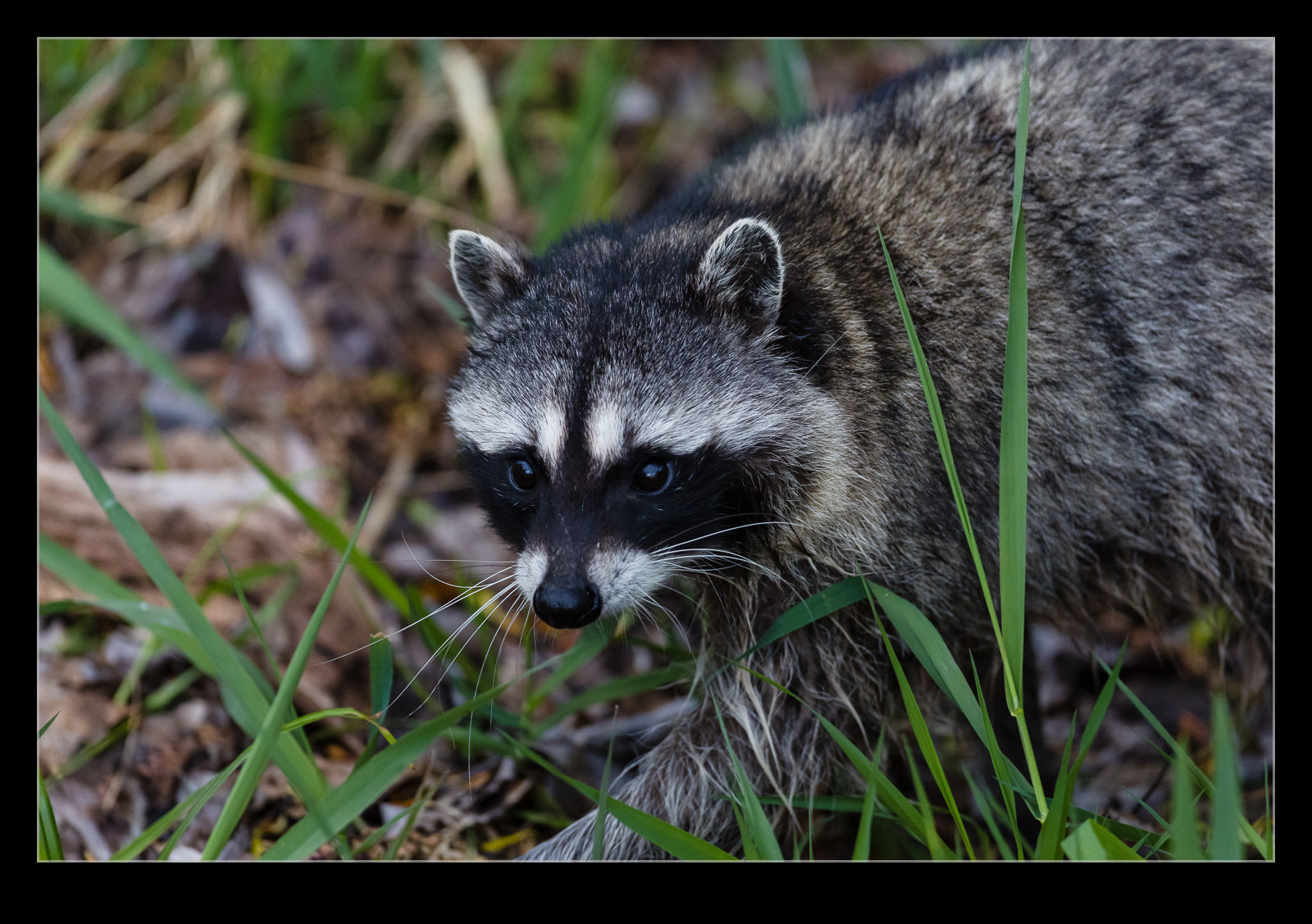 My recent visits to Juanita Bay have provided a variety of different wildlife encounters.  On a recent trip down there later on a weekend evening, I got something I wasn’t expecting.  I saw something moving on the shore.  It turned out to be a raccoon.  It was working its way along the shore and I headed around the boardwalk hoping to be in position as it continued on its way.  Moving as quickly as I could without making too much noise, I got to a spot ahead of it.  It turned out there were two of them! 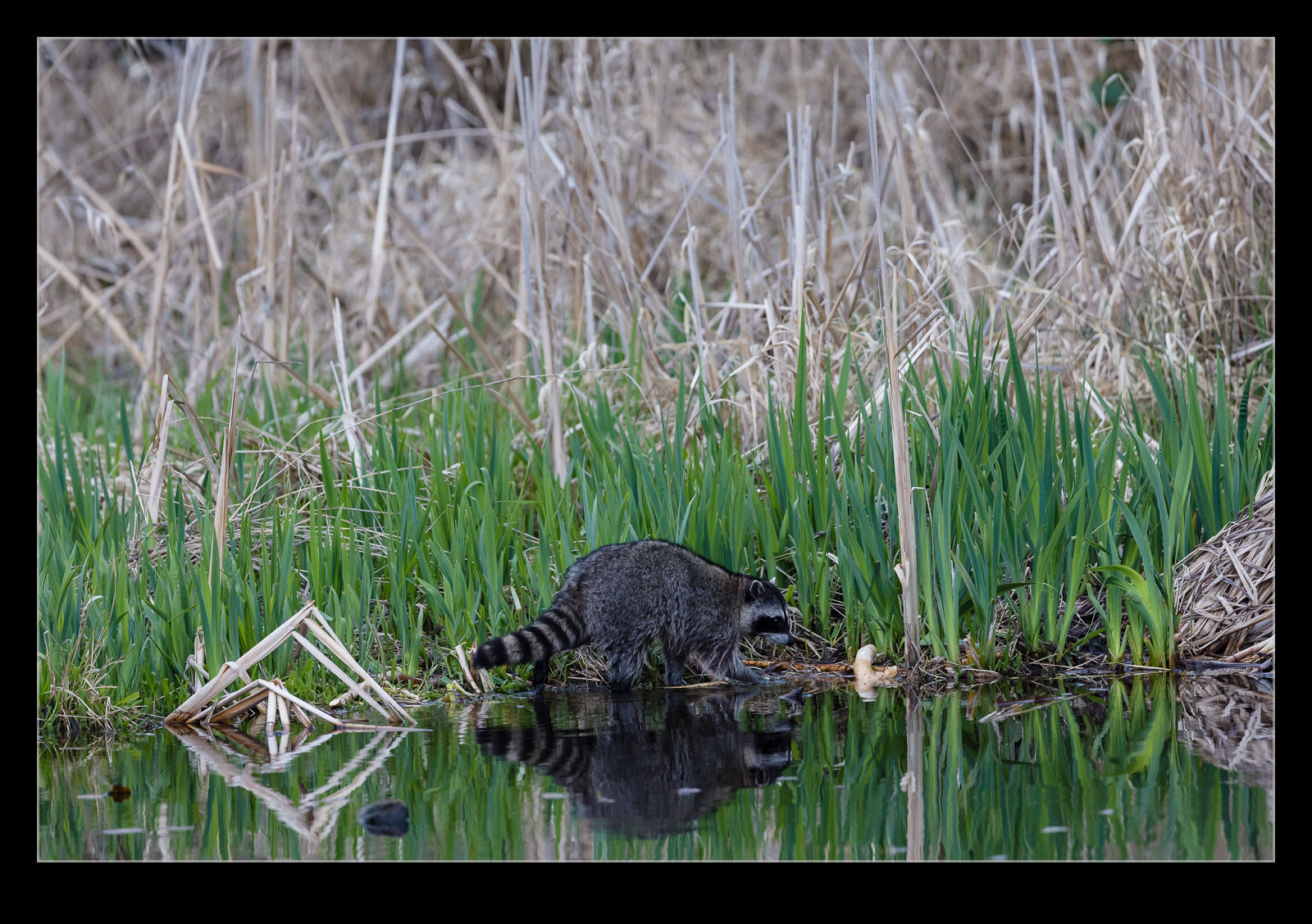 Once they saw me, they paused for a while.  Clearly, they were considering a change of plans.  However, I wasn’t moving much or making any noise so they decided I wasn’t a threat and continued on their way.  They came under the boardwalk and up the other side and then off into the brush.  With so much growth around them, getting a clear shot was tricky but I managed to get a few as they traversed the area, keeping a wary eye on me just in case. 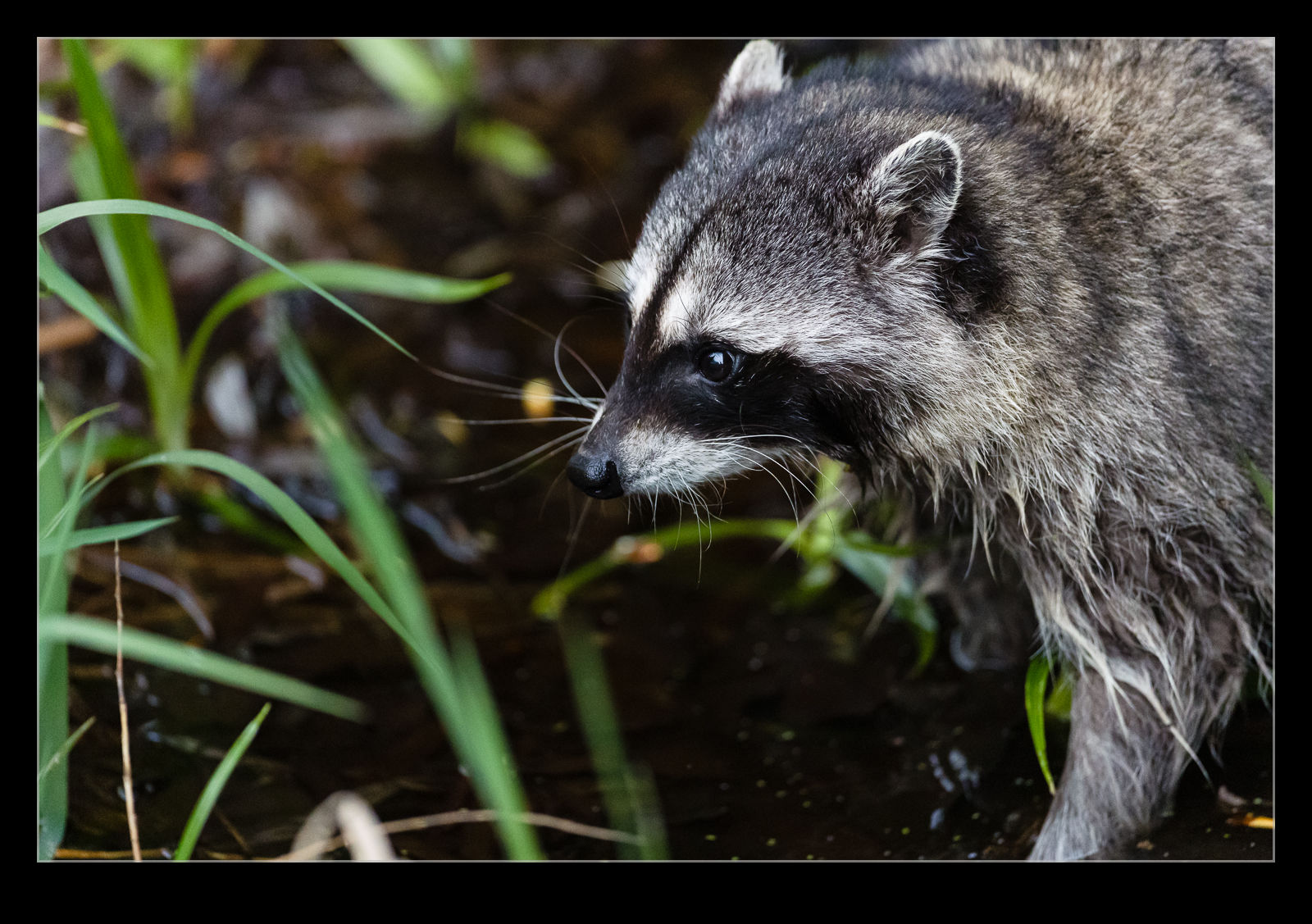 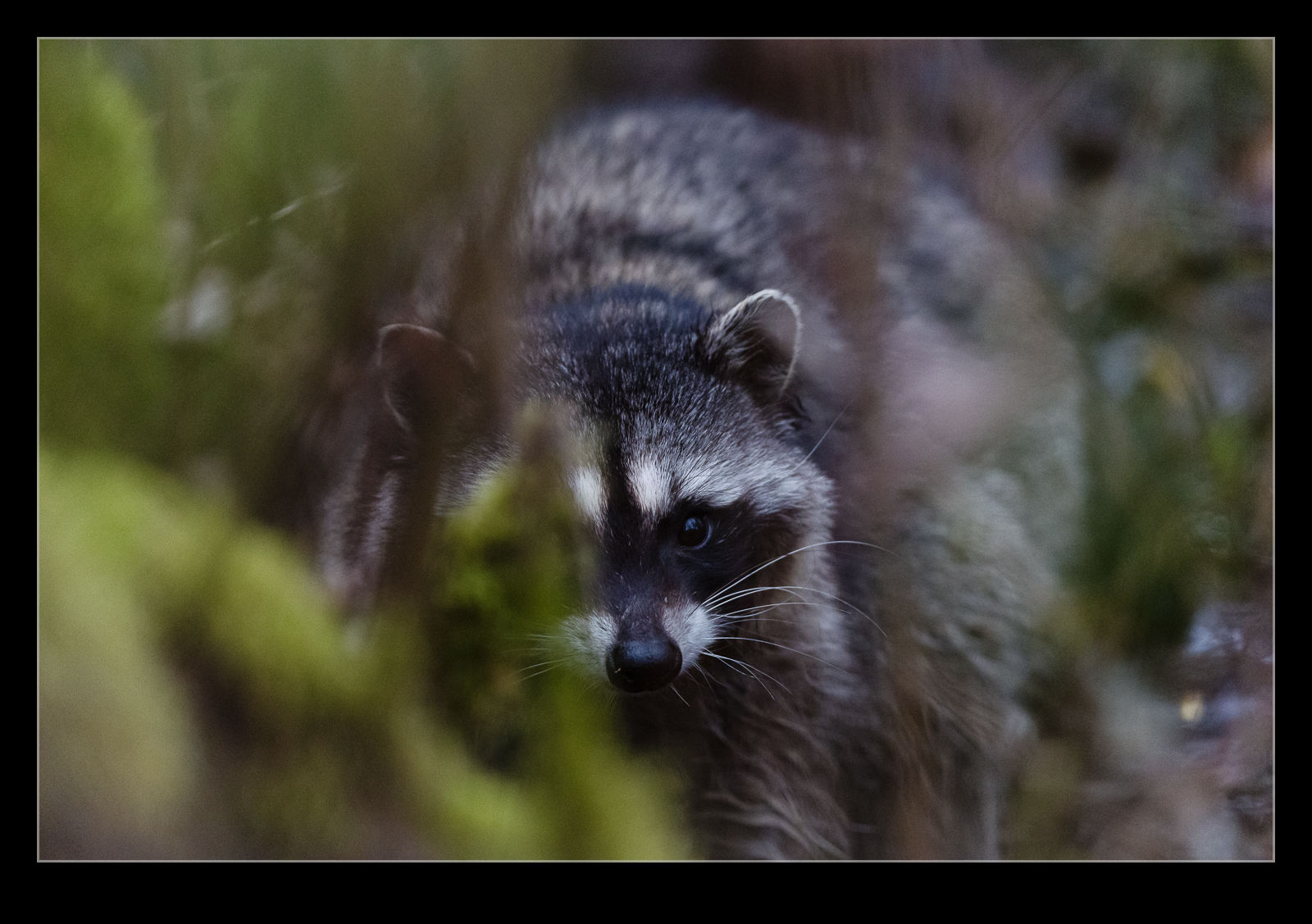