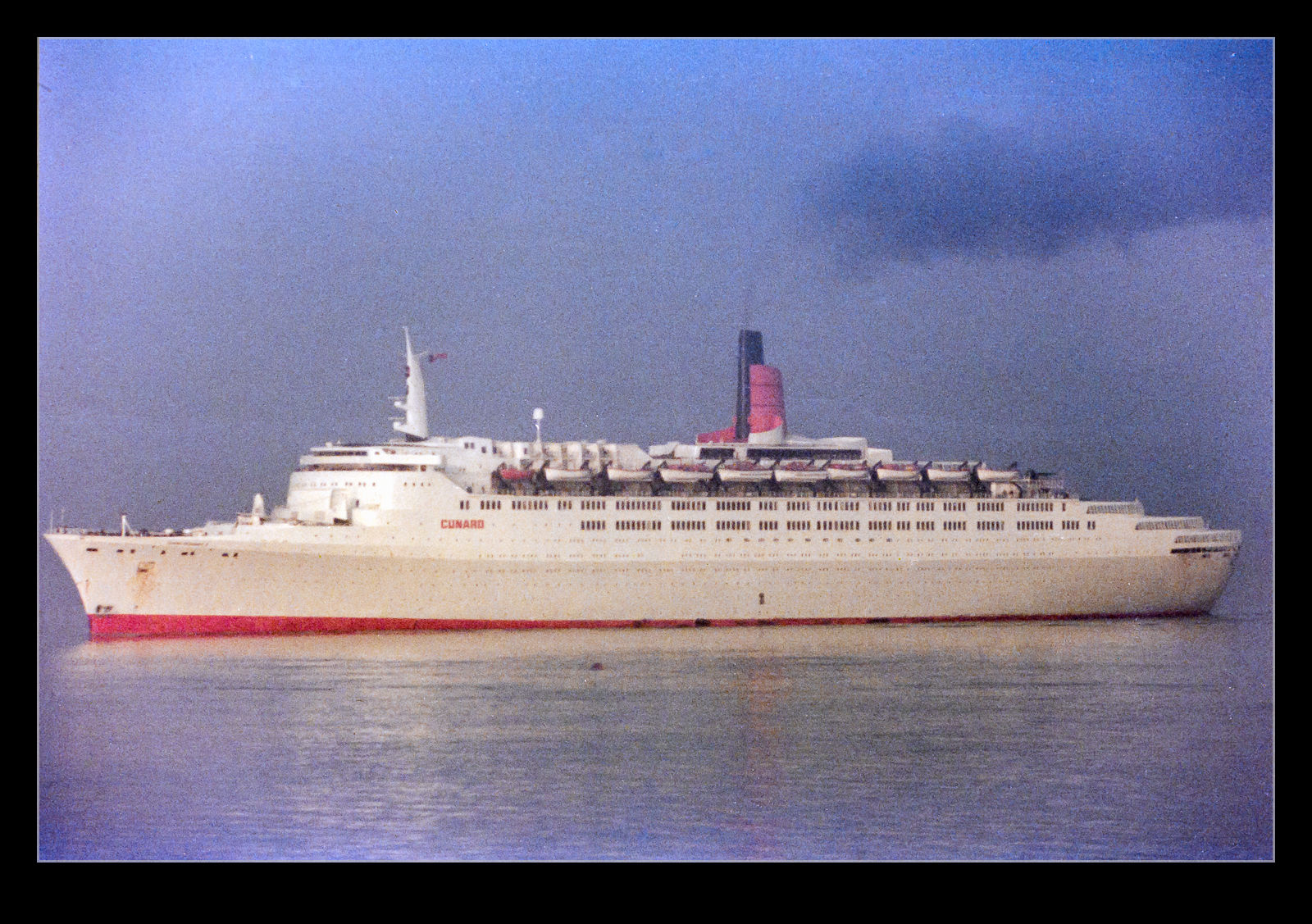 I have scanned a lot of old negatives that the family has accumulated over the years including some my mum sent me last year.  Some of those were of the cruise liner, Queen Elizabeth 2 or just QE2 to most people.  We used to see QE2 a lot.  She would sail in and out of Southampton so would pass our place often.  After she returned from the Falklands, she went in for a major refit.  She had to replace a lot of what was taken out when she was used as a troopship as well as remove the helipads that had been welded on her after decks. 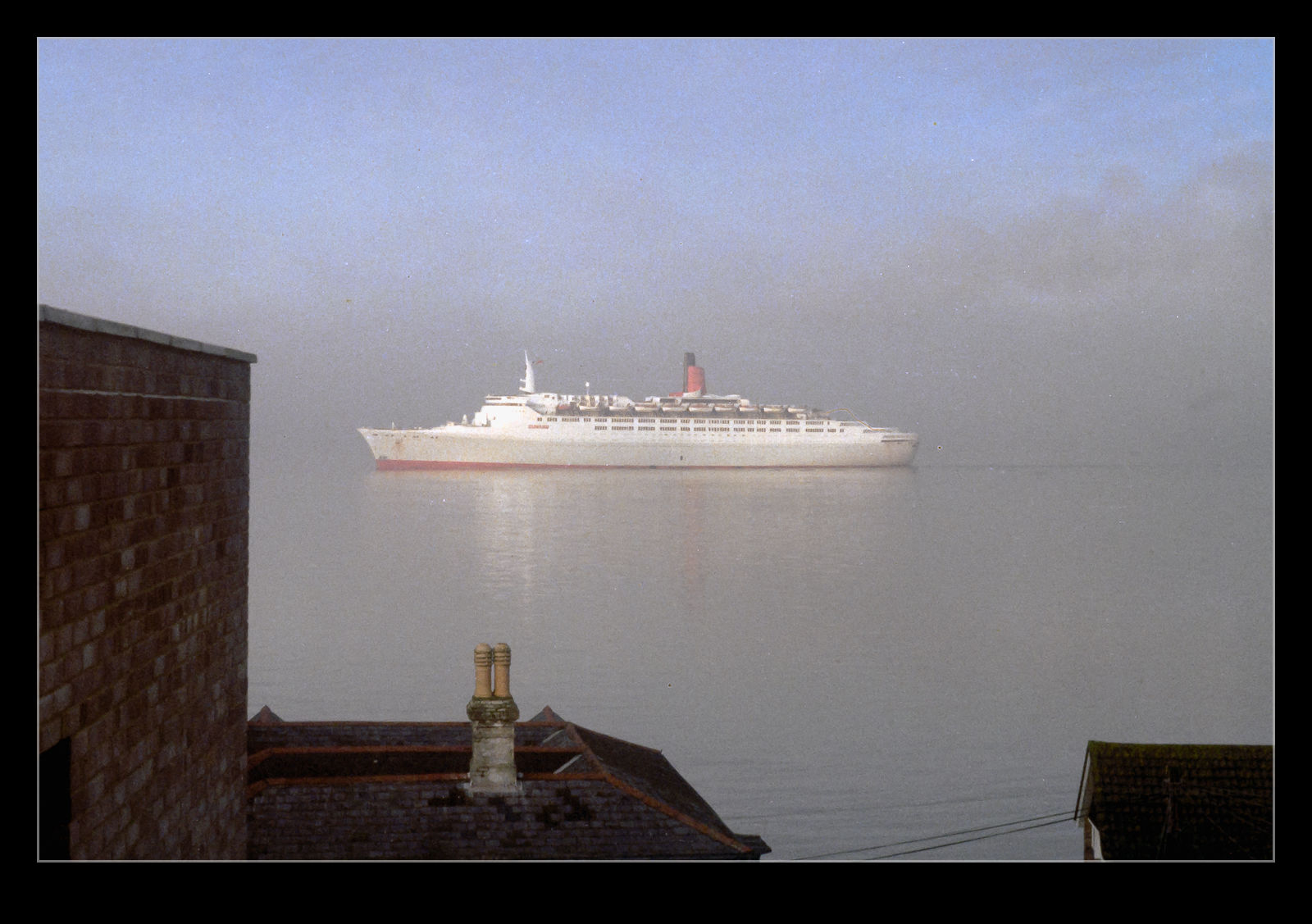 One change they made when refitting her was a new paint scheme.  Gone was the black hull and in came a gray color and a red funnel.  It was a strange look and out of keeping with the traditions of Cunard.  I don’t know how long it lasted exactly but a few years later, she was back in the more familiar colors and they remained until she was retired.  One morning she came up the Solent in the fog.  The combination of fog and a gray paint scheme was quite ghostly.  These shots were taken from our window.