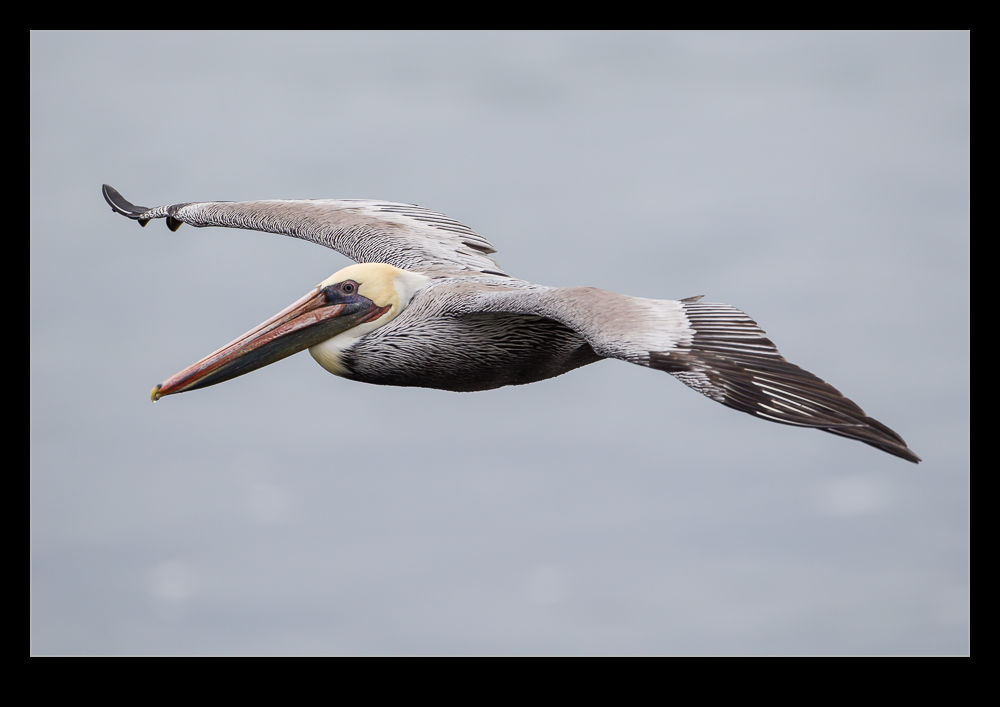 The California coast provides a lot of different options for places to go to and things to see.  We decided to take a day trip along the coast south of the Bay Area and started out in Santa Cruz.  A little previous research had suggested some possible places of interest.  Unfortunately, the weather that had been forecast was a little optimistic.  However, even on a cloudy day, the ocean is a great place to be. 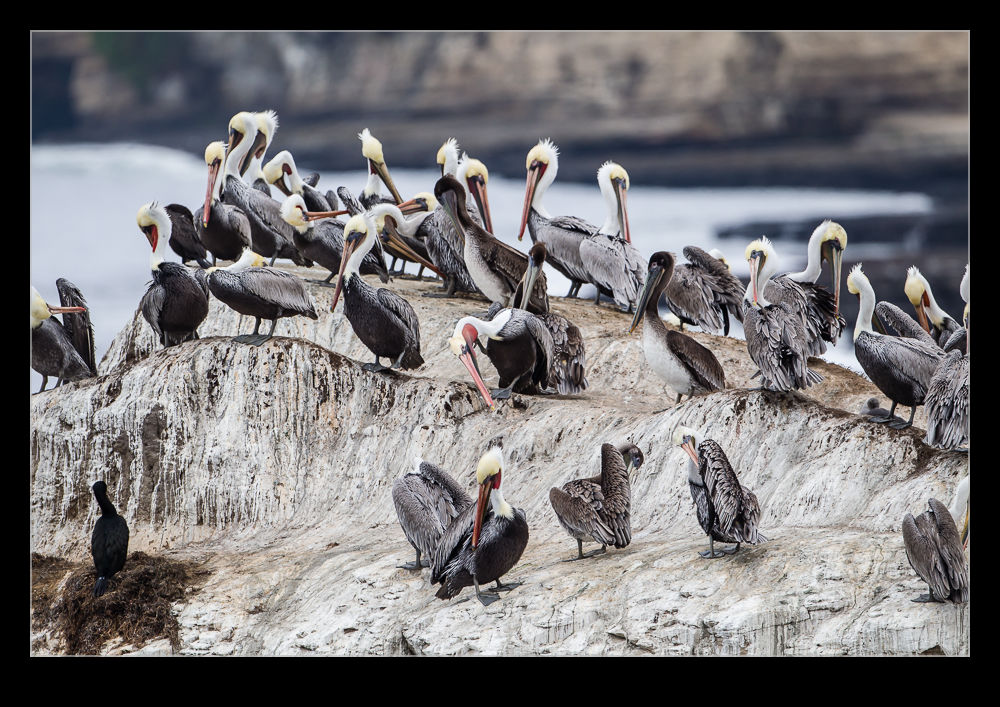 We arrived at one state beach and found an overlook that gave a view of the beach and a couple of rocky outcrops that were absolutely covered in pelicans.  Not only were they on the rocks but there were plenty of them soaring about the area as well.  Given how many were in the air, I suspect there wouldn’t have been enough space on the rocks for them all it once! 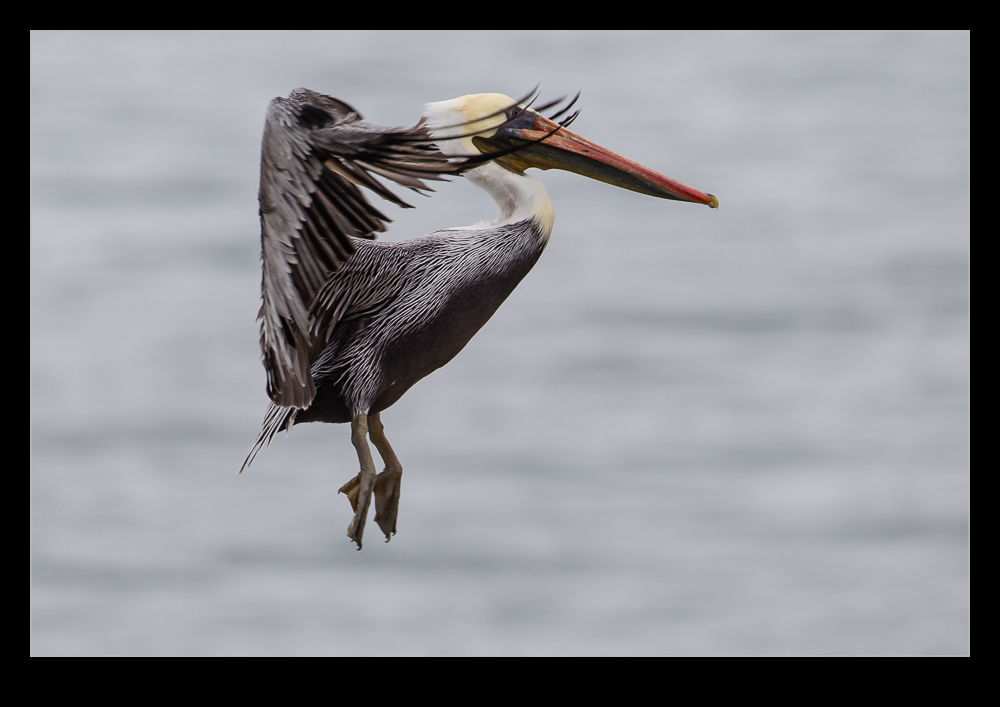 They would soar about in formation heading up and down the coast with our position being right under some of the flightpaths.  At a distance, gliding pelicans look great.  When they are just over your head, you become acutely aware of just how large they are and how, if they want to come where you are, you would be wise to move aside. 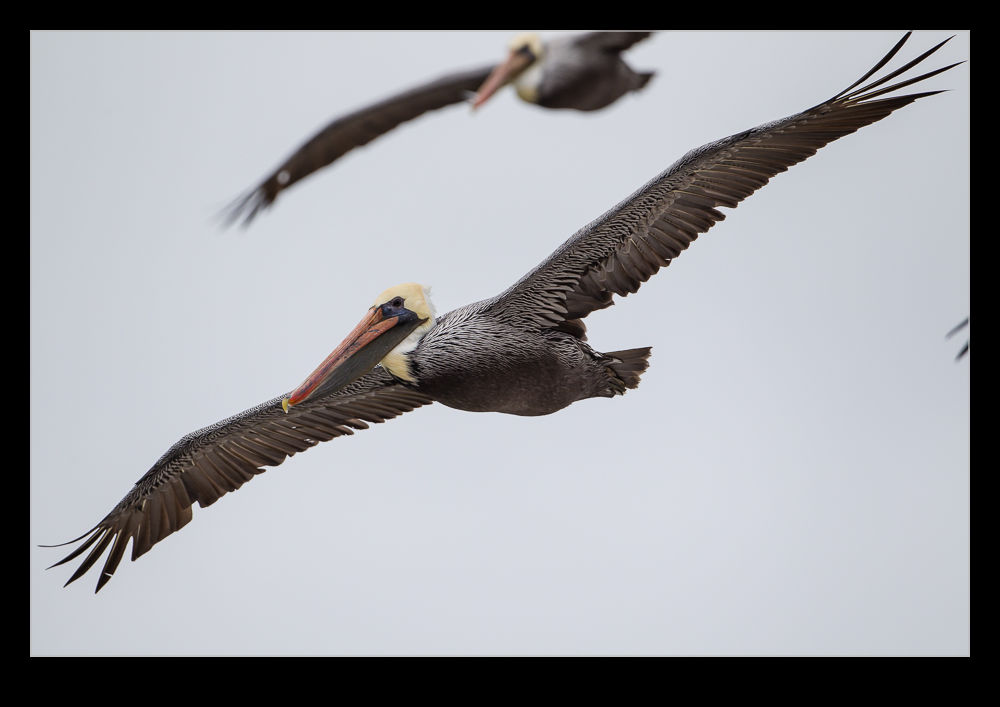 The formations flying around were fun to watch but almost as much fun was watching them landing on the rocks.  With a spot identified, a lot of wing activity was required to bring them to a halt where they wanted.  I could have stayed there for hours watching the fun.