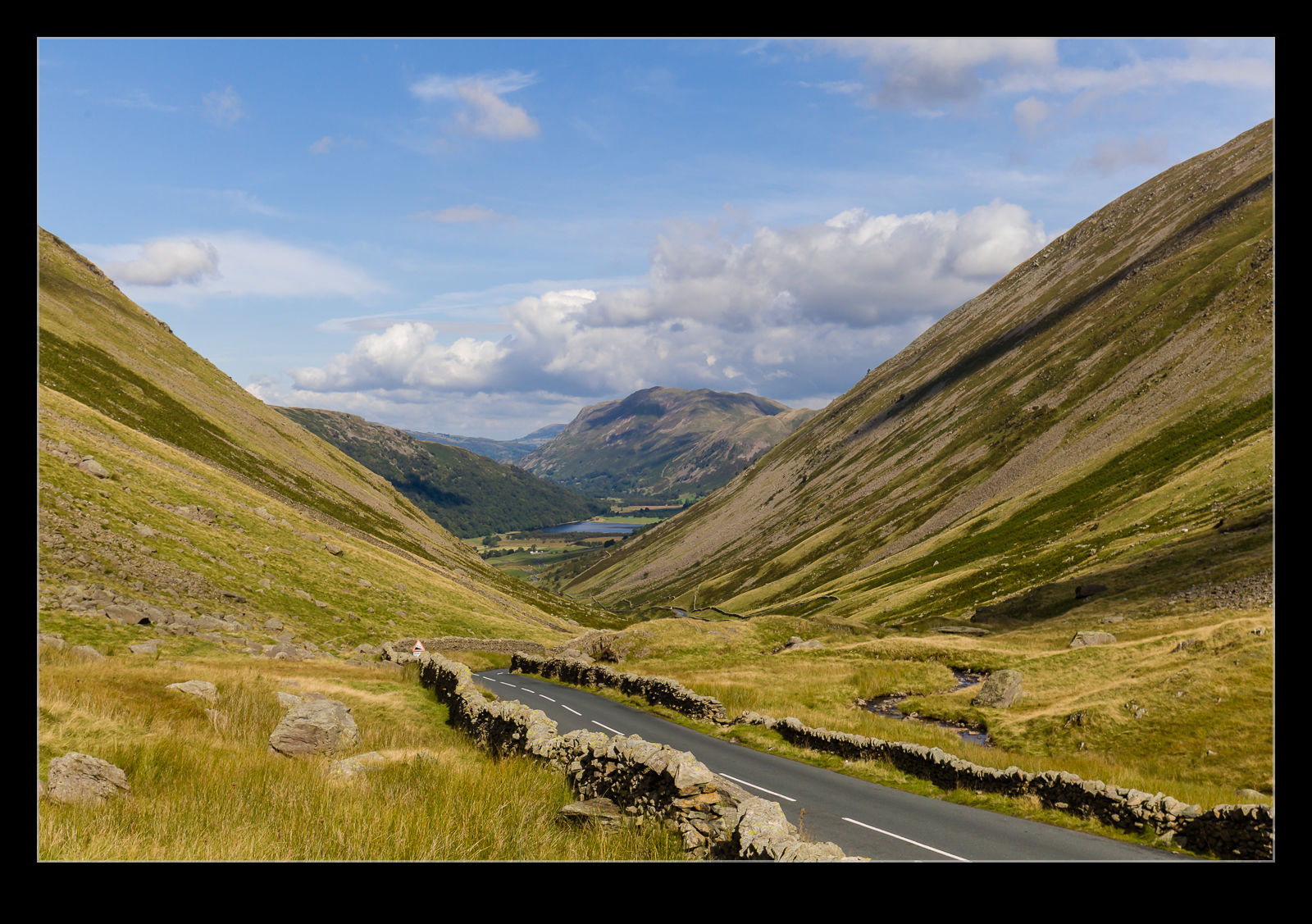 The Lake District includes a few pretty steep passes to let you get from one valley to another. The route to Ullswater from Windermere takes you over the Kirkstone Pass. It isn’t the steepest pass in the Lakes but it is pretty steep all the same. Definitely not something you want to be stuck behind a slow truck on. 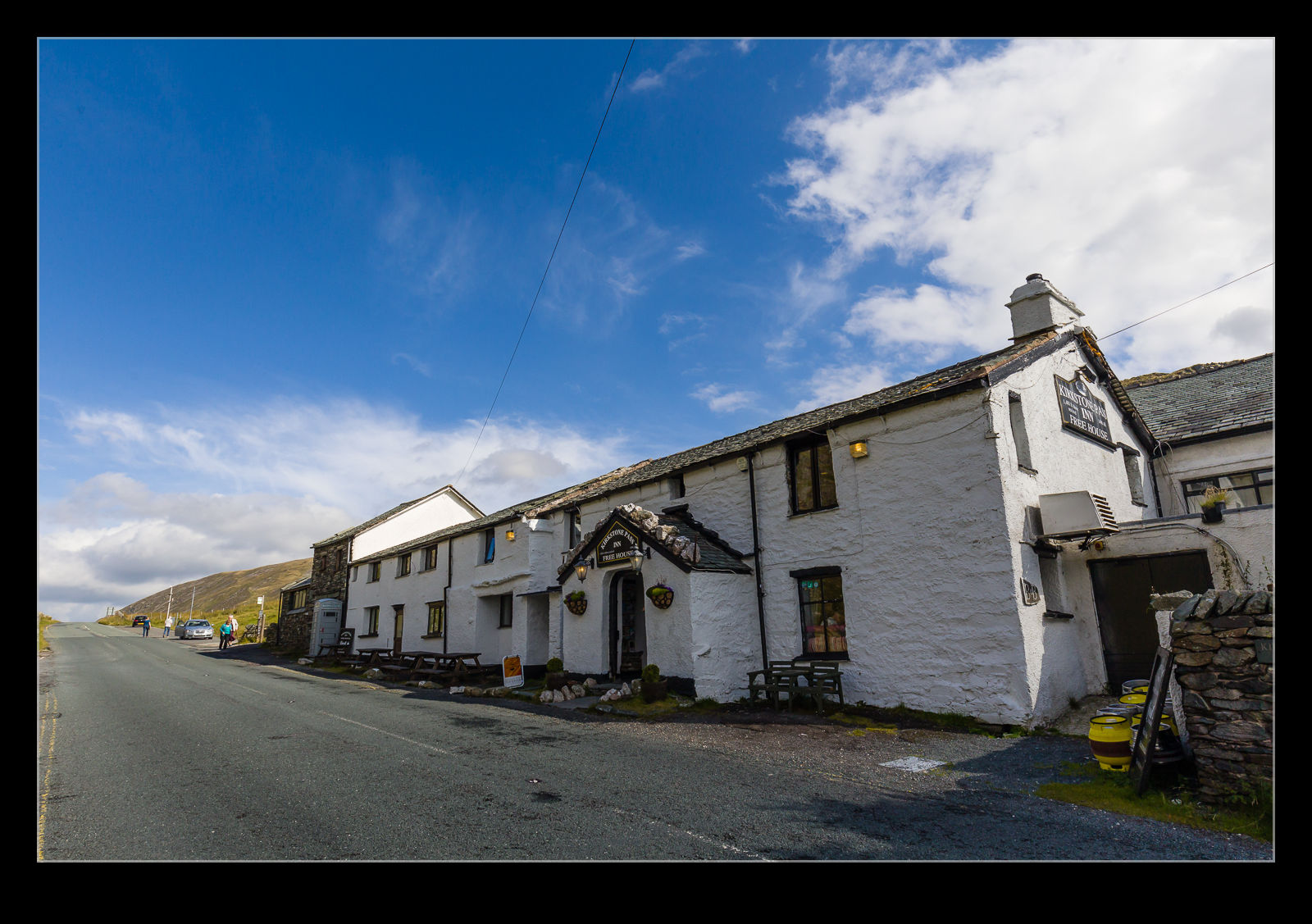 At the top of the pass is the Kirkstone Pass Inn. If you were traversing the pass in awful weather (something that is not that unusual in the Lakes), reaching that Inn would certainly seem to be a very welcome development. On the day we came through, though, the sun was shining and the sky was blue. The light on the hills looked great and the view down to Ullswater was fantastic. The steepness of the descent is something that it is hard to convey in a photograph but the drop was quite something to see. As we started down, there was a turn out that allowed us to stop again and get an even better view on the route down to the valley. It also allowed some of the other traffic to move on. Climbing the hill and dropping down the other side is not terrible for a car but it is fair to say I was happier doing it with a rental car than with my own! 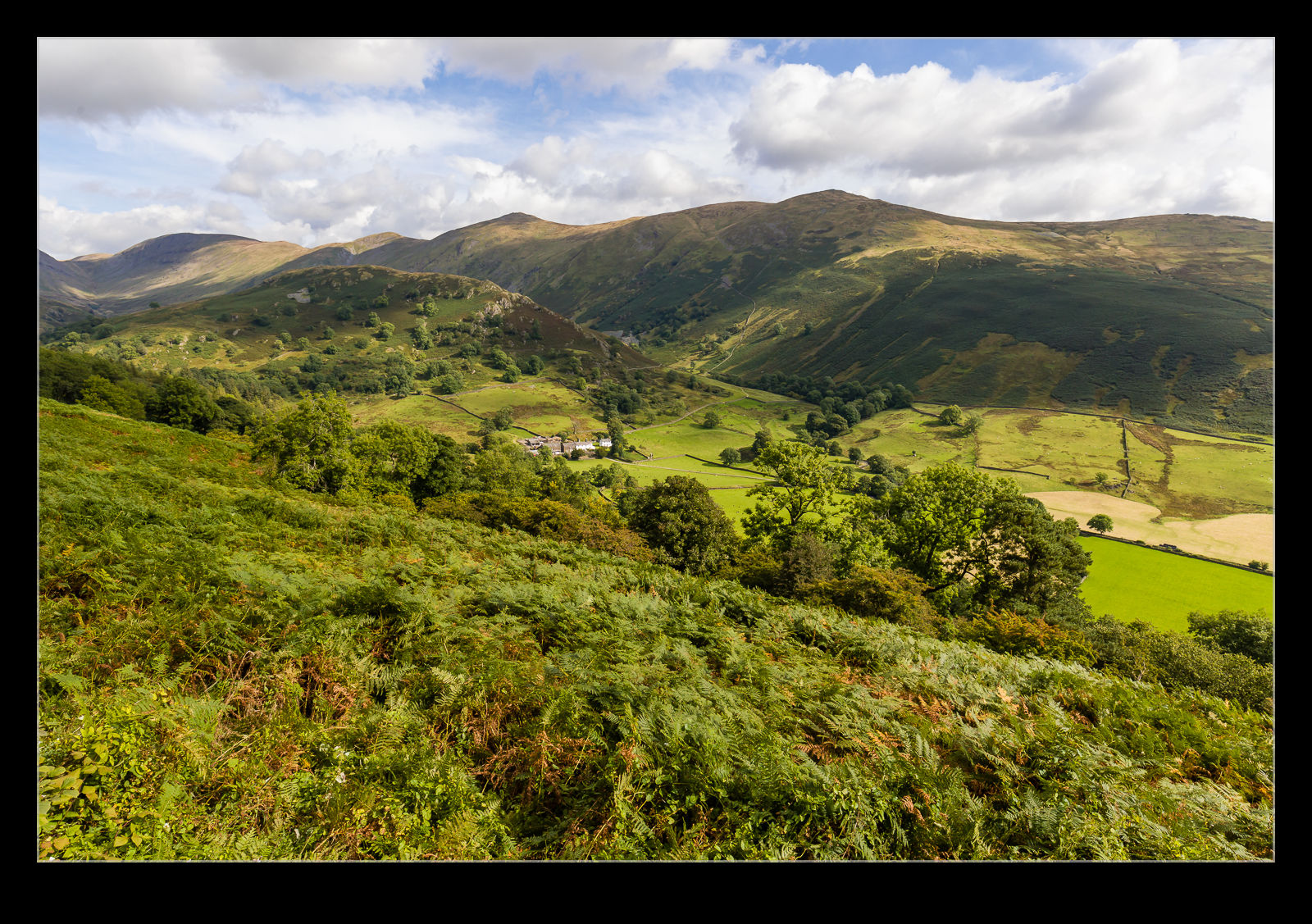 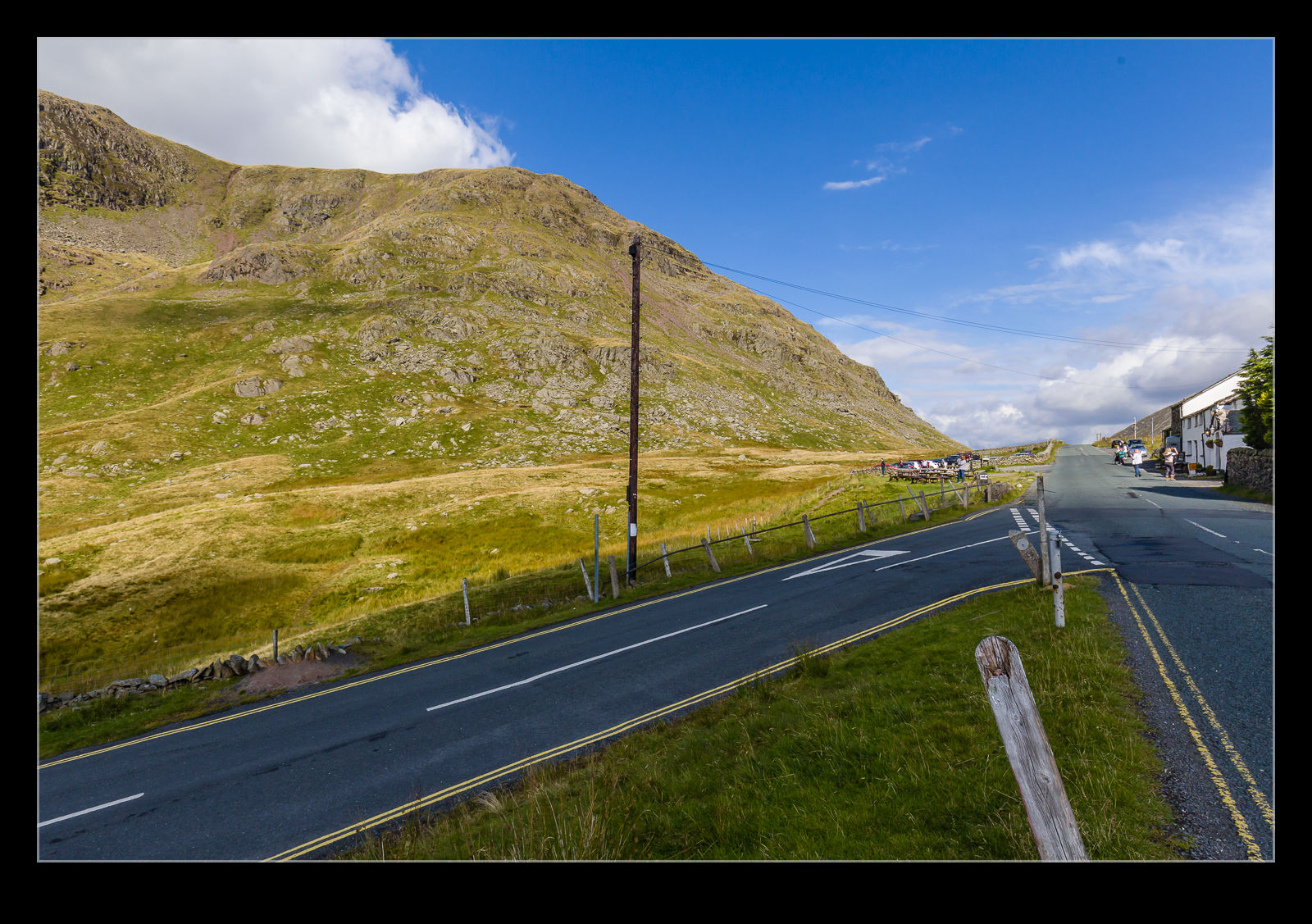