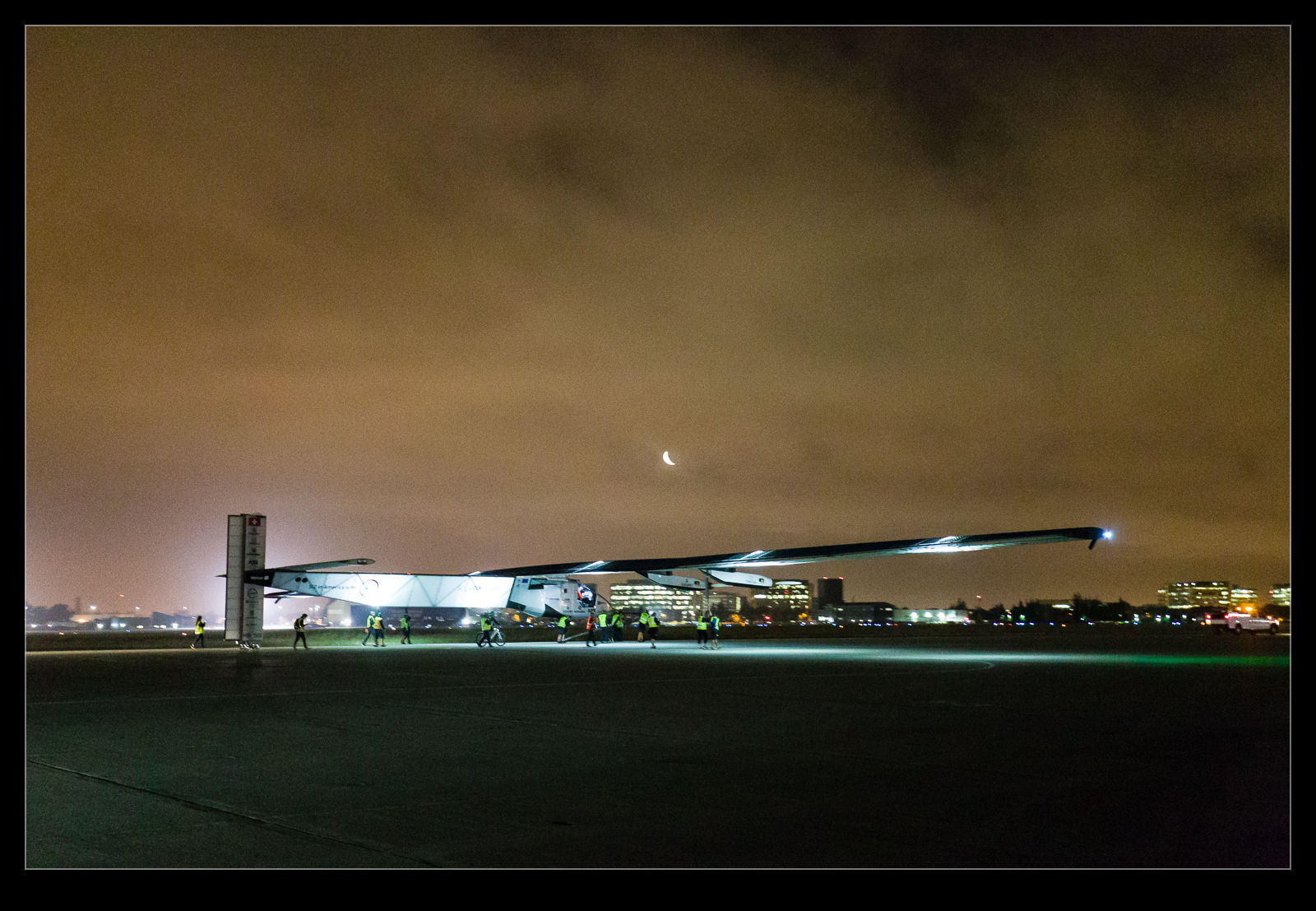 Having been to Moffett Field for the arrival of Solar Impulse and then made another visit to the hangar while they were there, I wasn’t going to miss the departure.  This might not seem like a difficult decision to make but if I tell you I had been away in Southern California for the weekend and having driven back on Sunday and then finding out that departure was scheduled for 5am on Monday and we would be required to get there at 2am and I would need to be up at 1am, you can see why this was a bit tougher to do. 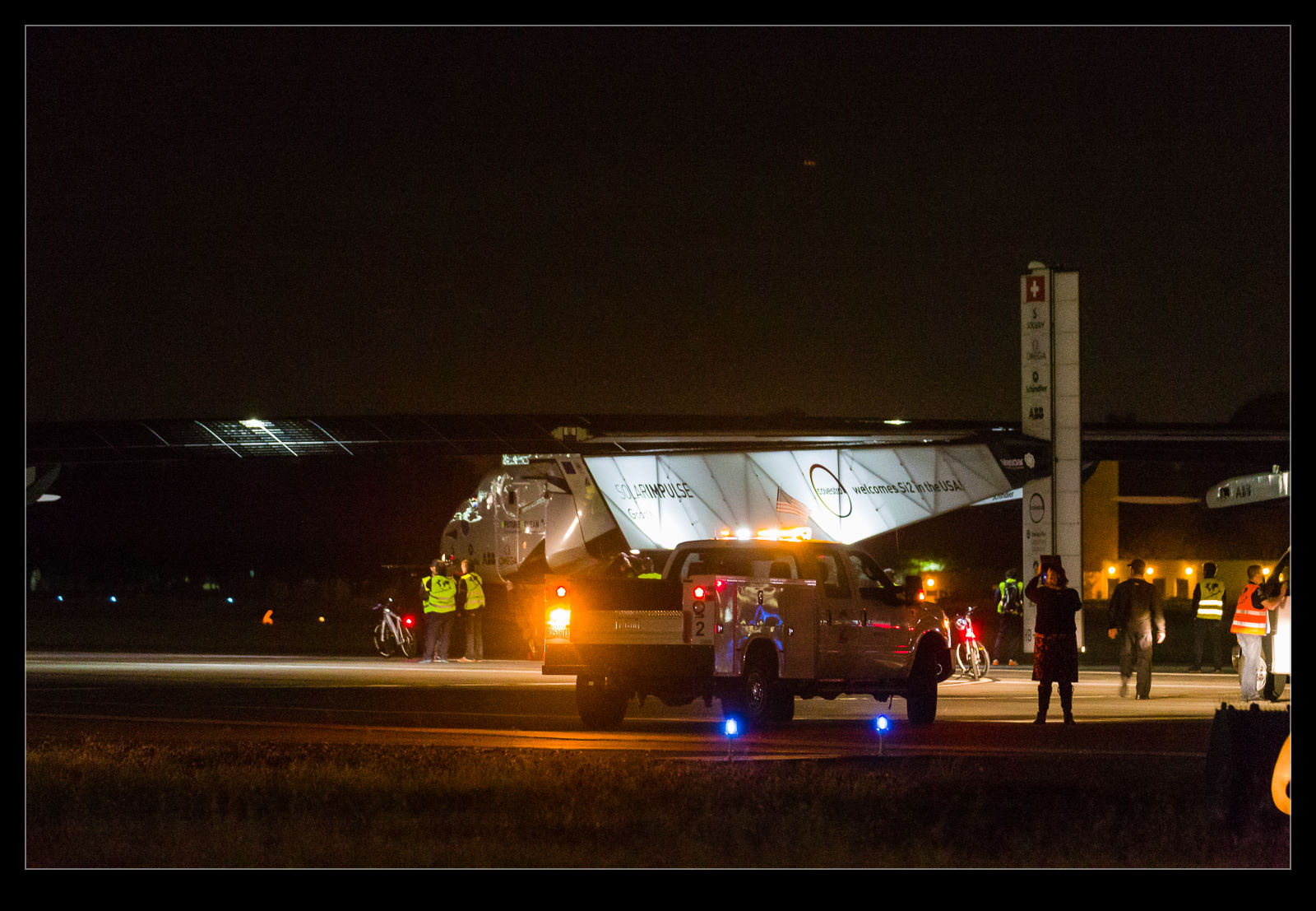 However, I was committed at this point (or should have been) so I slept in the spare room so as to not disturb Nancy.  Off for an early run.  Traffic was no problem at that time as your might imagine.  Once there it was back to the same issues as we had faced with the arrival.  It was very dark.  Hayman did the stills and I went for video but got some stills as well.  Unfortunately, they chose not to back-track the aircraft as had been briefed so it took off from ahead of us and went away.  We still got some good shots and, while it got airborne very quickly, it got to a certain distance when it seemed like it had stopped moving. 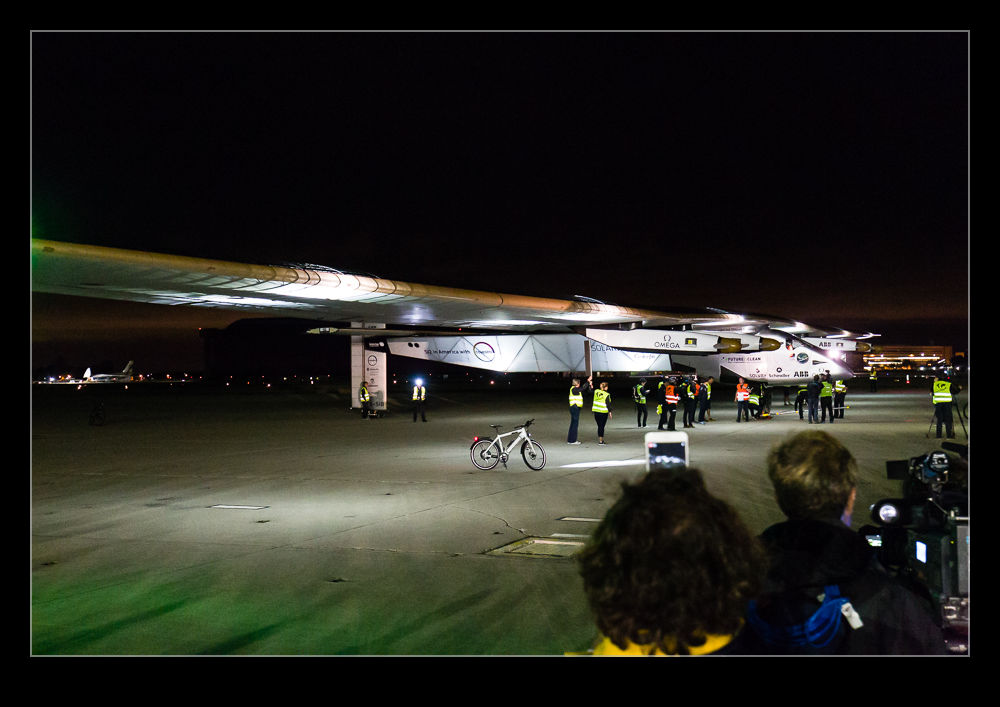 Then, it was time to go.  We wrapped up and got on our way.  I actually was back at home a little ahead of my normal time to get up so I did my normal routine and headed in to the office.  It would be fair to say that I was not at my most perky that day!