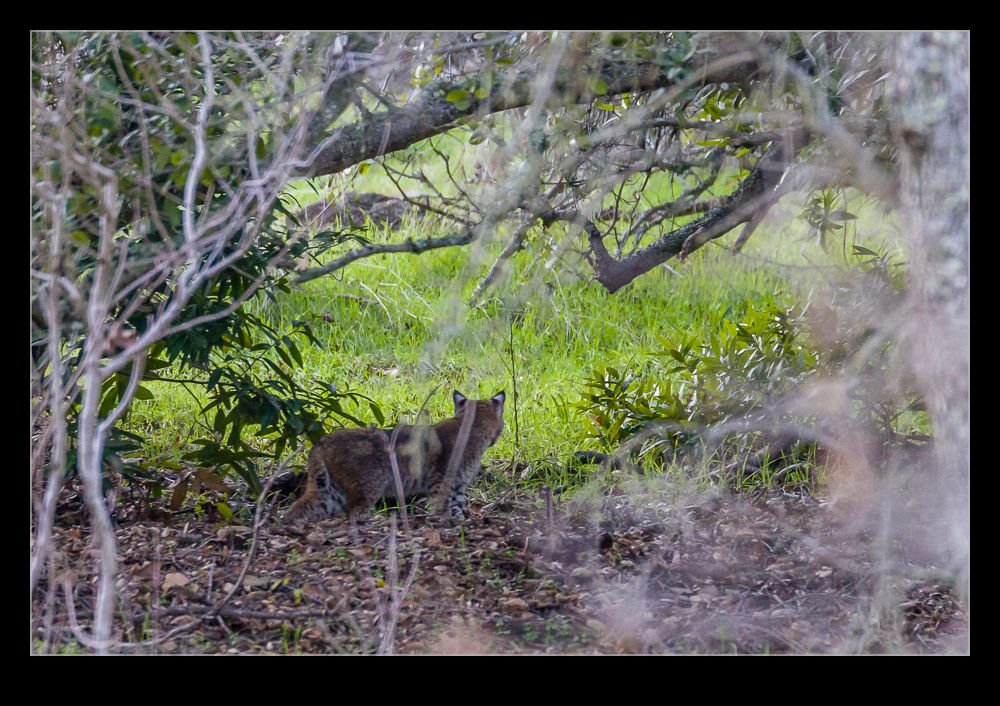 Coming down off Mount Hamilton in the car, my sister, who has the sharpest eyes of anyone I know, said she had seen some cats. I was a bit surprised by this but turned around to have a look. It turns out these were two bobcats. They were already moving off through the tress by the time we got back but I got some distant shots of them as they went. How she saw them I have no idea.