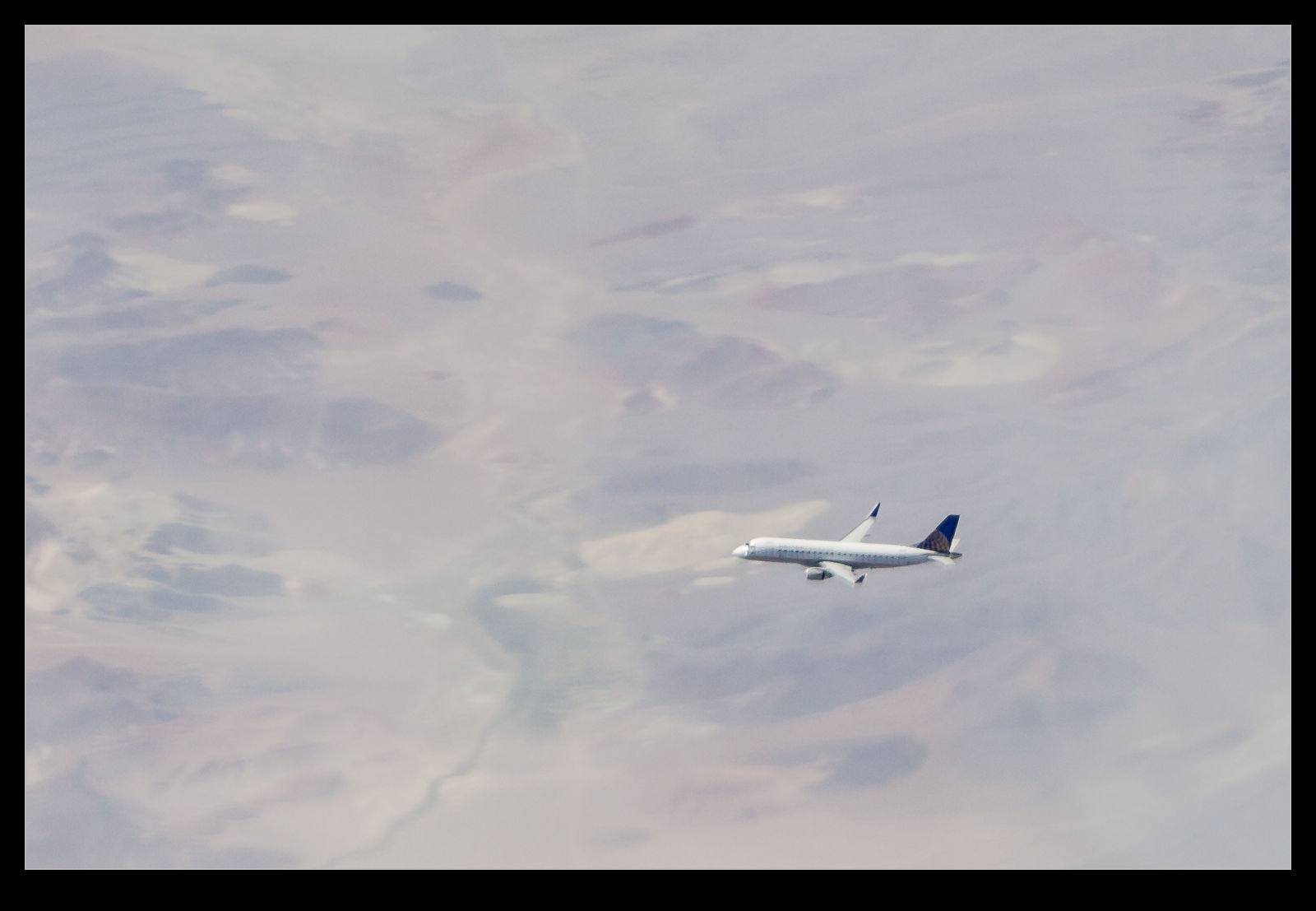 My regular trips across the country often result in seeing aircraft out of the window as they cross our path or head in the opposite direction. I have seen plenty of jets in relatively close proximity but, with the speed differential being high, they are usually gone without a chance to grab a camera. Keeping it to hand for the entire flight is a little inconvenient. However, I have been working on an alternative plan.

Southwest provides in flight wifi and I get it for free as a result of the amount of flying I do with them. I log on to the wifi and open up Flightradar24 on my iPad. I can see where we are and I can see where other planes are too. The number of ADS-B equipped planes has gone up substantially in the last couple of years so accurate tracks are now common. Flightradar is usually pretty close to real time. I have learned, though, that the speed of the net connection on the plane is a big lethargic and the locations on the app while airborne have a bit of lag compared to the real situation. 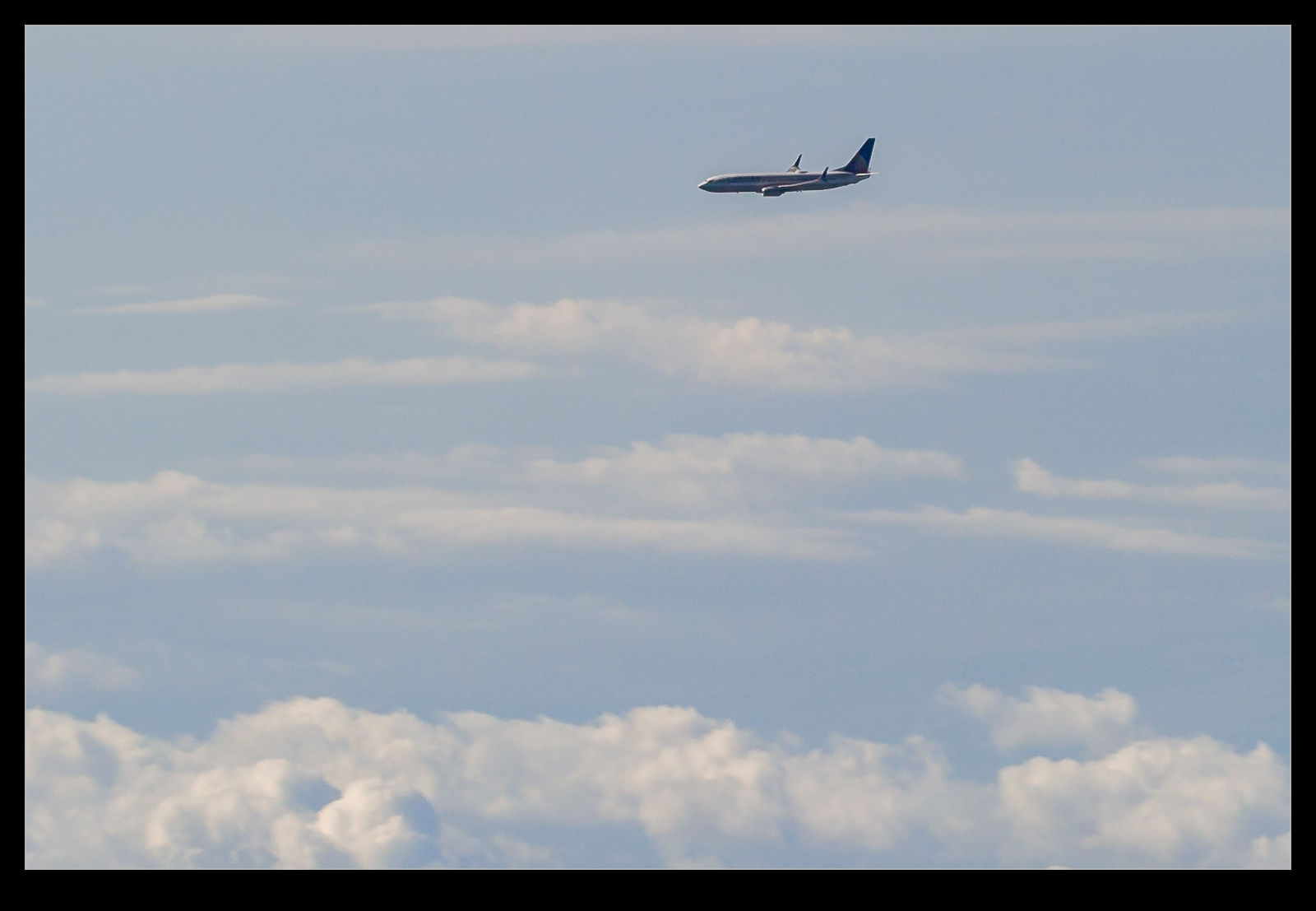 By compensating for this, I have been able to predict a few encounters with other jets. Of course, they are never as close when you plan for it as when you are caught out but they were still pretty close. Shooting through an airliner window is not ideal but I managed to get a few shots all the same. Does this count as my first airliner a2a sortie?