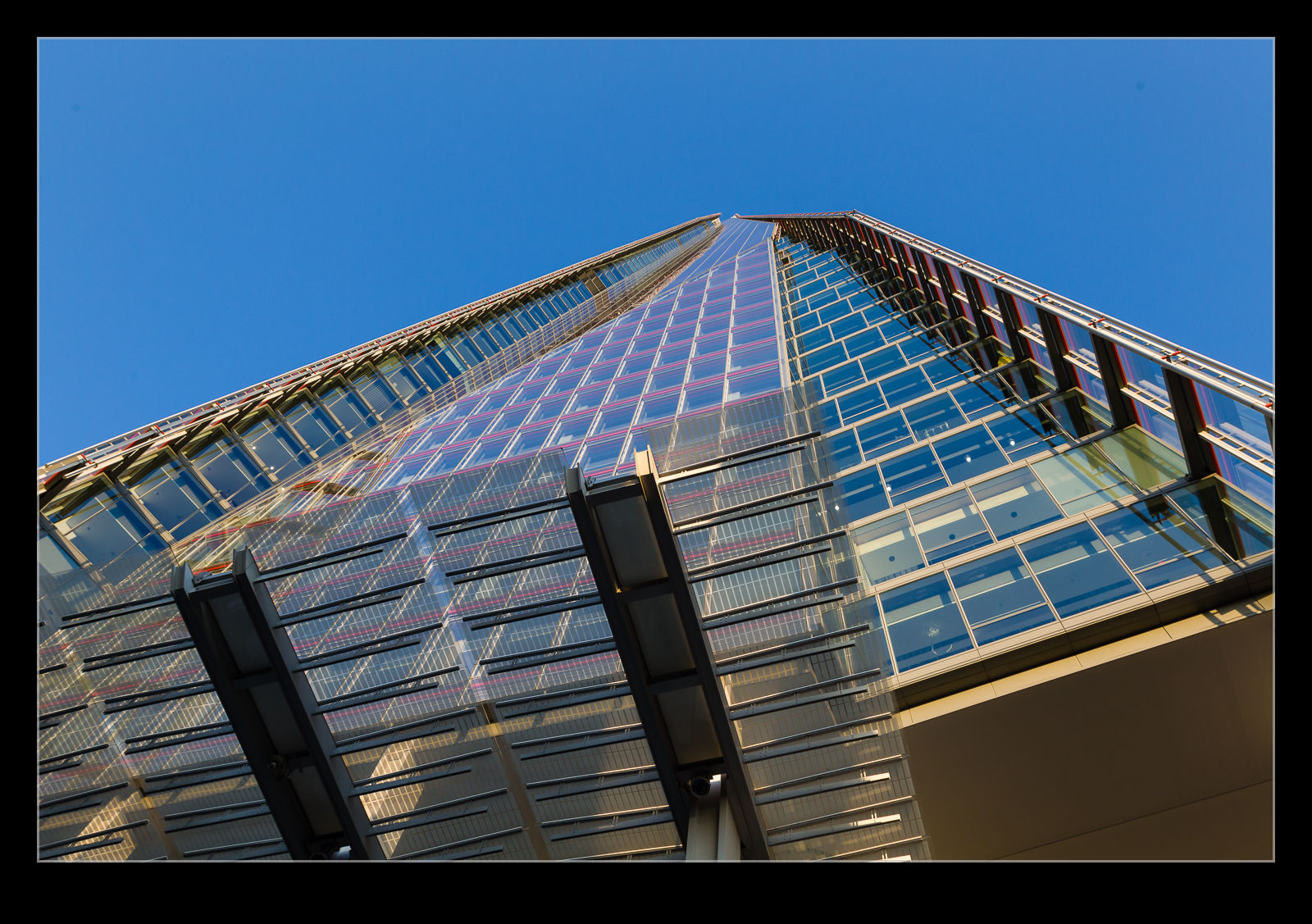 Vibrant cities are constantly changing. It is over ten years since I left London so it is no surprise that the skyline has changed a bit. The City is always prone to change. The architecture of the new buildings is always supposed to be distinctive and the buildings get names that reflect their appearance. I’m sure the Swiss Re building did not intend to be known as The Gherkin but it is. The tallest of the new buildings has embraced its shape. When first conceived it was known as the Shard of Glass. Now it is just The Shard. 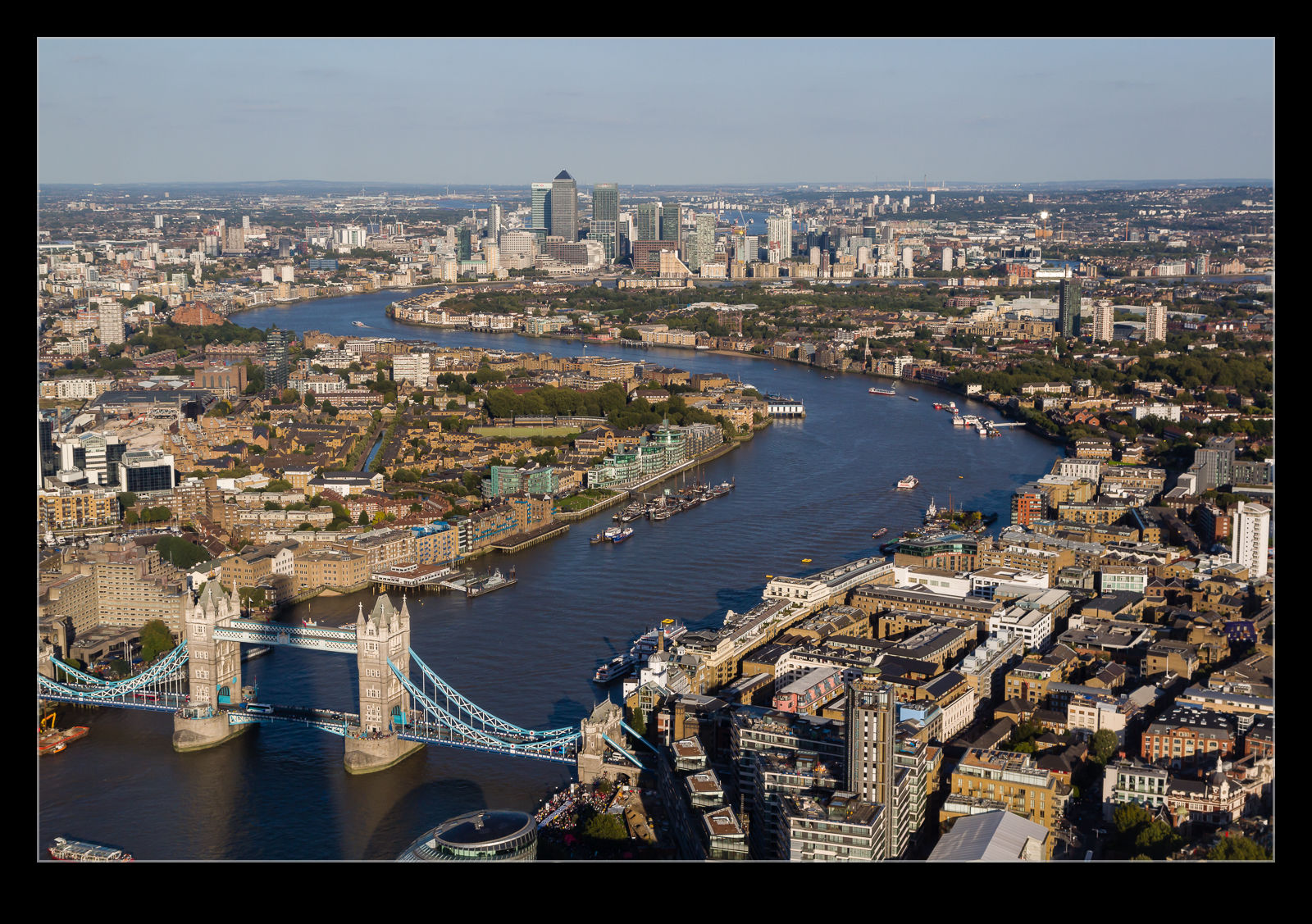 I first saw The Shard a couple of years ago when taking a helicopter flight over the city. I blogged about that trip in this post. At that point I was looking at the building from an elevated position. On this trip we wanted to check it out from up close. Like any really tall structure (and it is currently the tallest in Europe) there is a market for people to go to the top and see the surrounding view. We met up with my brother to see what it was like.

We visited at the end of the afternoon. This meant the light to the east was very nice but the view towards Westminster was a little compromised by looking into the sun through the usual London haze. This wasn’t a problem but it did limit some photographic opportunities. Then again, the layers of glass are not great for avoiding reflections anyway. 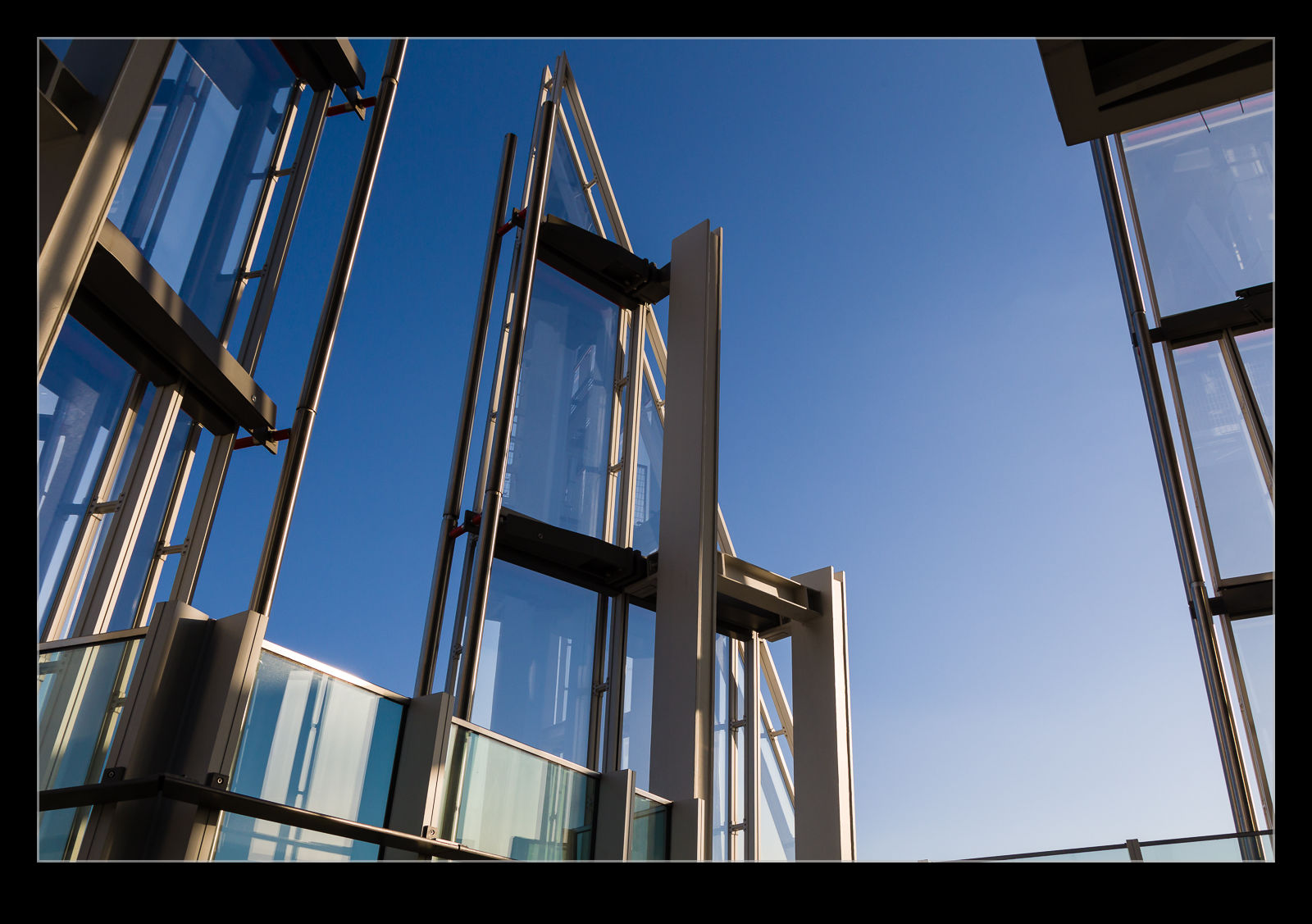 A few years ago I was on the roof of the Sears Tower for sunrise and got to watch the shadow of the building move across the landscape. I wrote about that here. We were able to do something similar this time. The shadow of the Shard is a neat point which, while we were there was pointing straight at Tower Bridge. A nice effect!

London is a city that is built around railway lines. They weave through many parts of the city and London Bridge station is directly below The Shard. In the evening light, the tracks reflect the sun in a way that makes them very visually interesting. Only when the trains come along do you remember why they are there. From that height you can see several of the different rail routes into the city. Even though it was Sunday evening, there was still plenty of traffic moving along the tracks. Weekday mornings are very different of course. 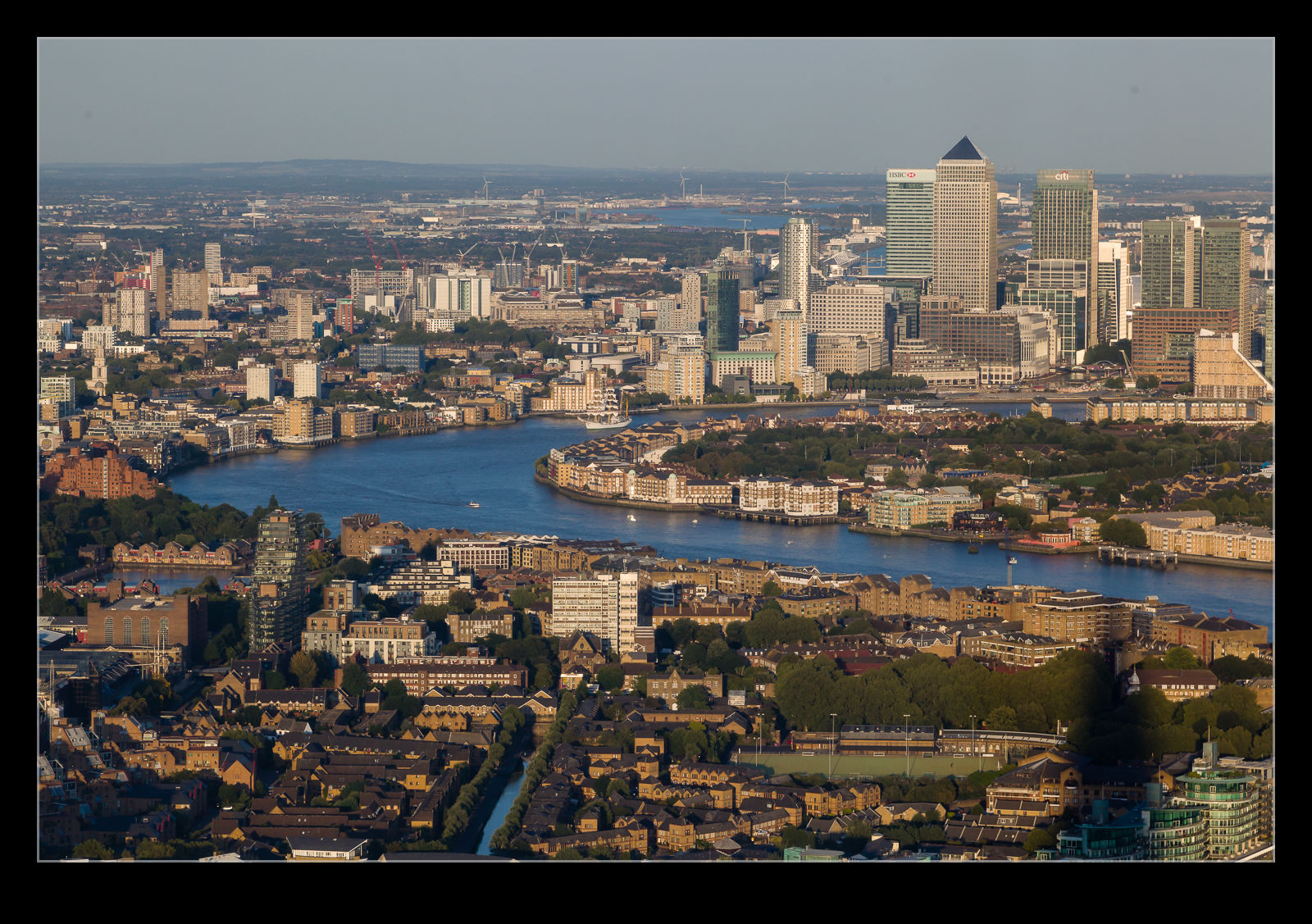 A high vantage point gives such a different perspective on what would otherwise appear large. The various buildings in the City are all below you. Tower Bridge looks like a toy. The Tower is dwarfed by the buildings around it. Monument is easily missed in amongst the multitude of large structures that came after the calamity it recalls. The London Eye – previously one of the best spots to view the city from – is well below you.

If you look further afield, you can see the old Maritime School at Greenwich or the Olympic Stadium in one direction or Wembley in another. To the south you can see Crystal Palace and on to the North Downs. (Yes, they are south of London but at least they are north of the South Downs!). You can see small housing areas squeezed in between the commercial buildings. Even small parks and sports grounds show up. There was even a tall ship coming up the river under sail. I was curious as to whether it would come up to the Pool and have Tower Bridge raised or not be we didn’t have enough time to wait and find out. 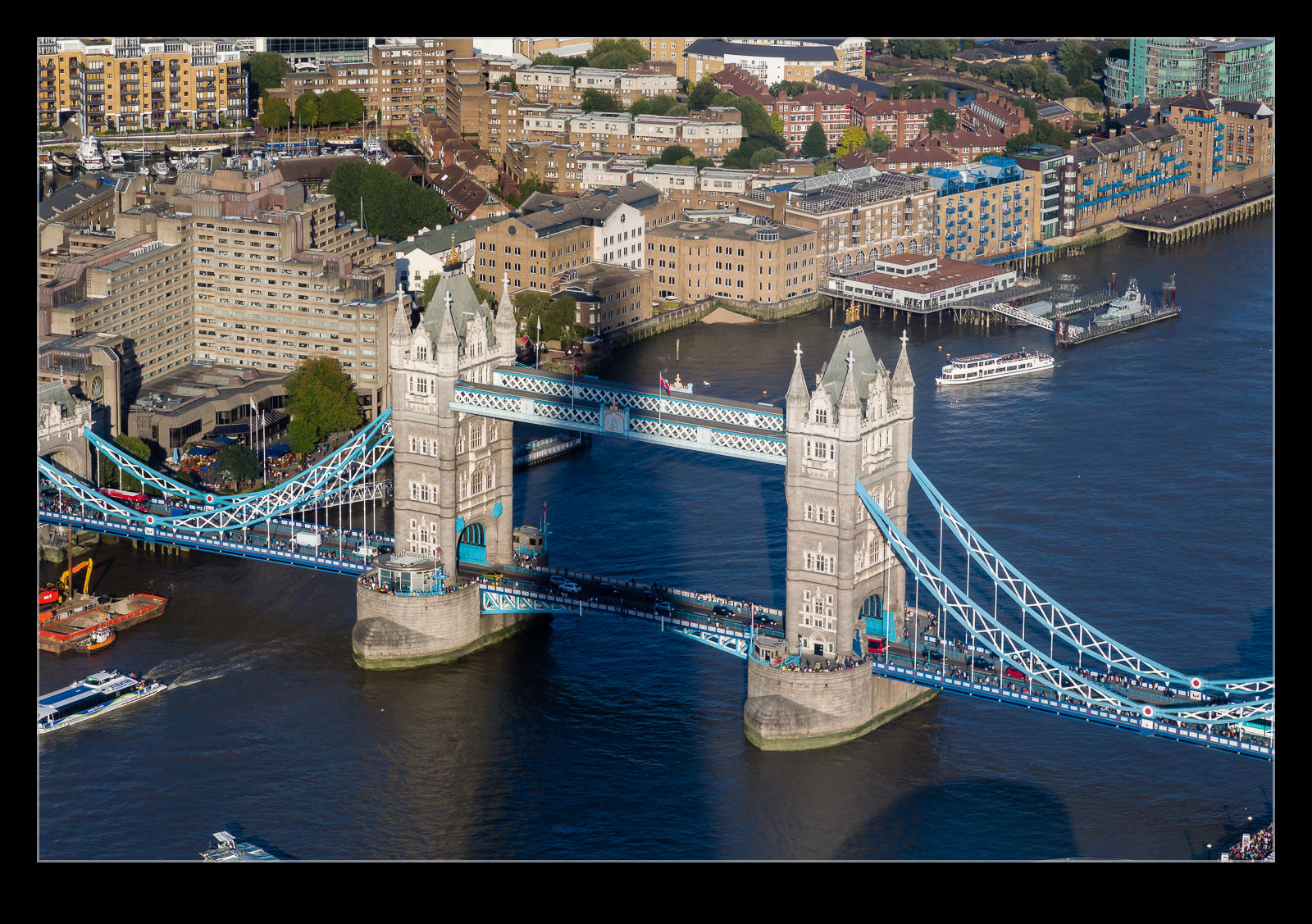 It took a while for us to work out that there is a second level to the public area. We went up the stairs to the area that is open to the air. It was quite interesting that they had this spot without enclosure. Sadly, apparently people do try launching stuff out of the gap. Not sure what piece of brilliance they think this will achieve but there you go. Having the fresh air is a nice feature though.

Once we were done we headed off to dinner. I couldn’t resist getting a few extra shots as we went away. Once it was dark, I took a few more because it looks pretty dramatic in the dark. Overall, a cool addition to the city I think. 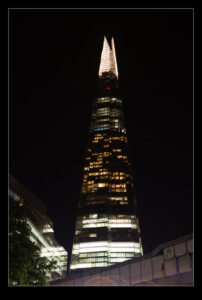 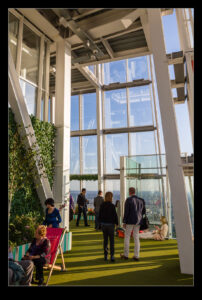 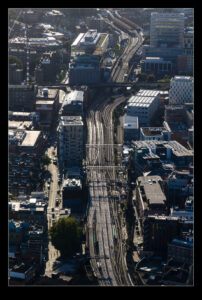