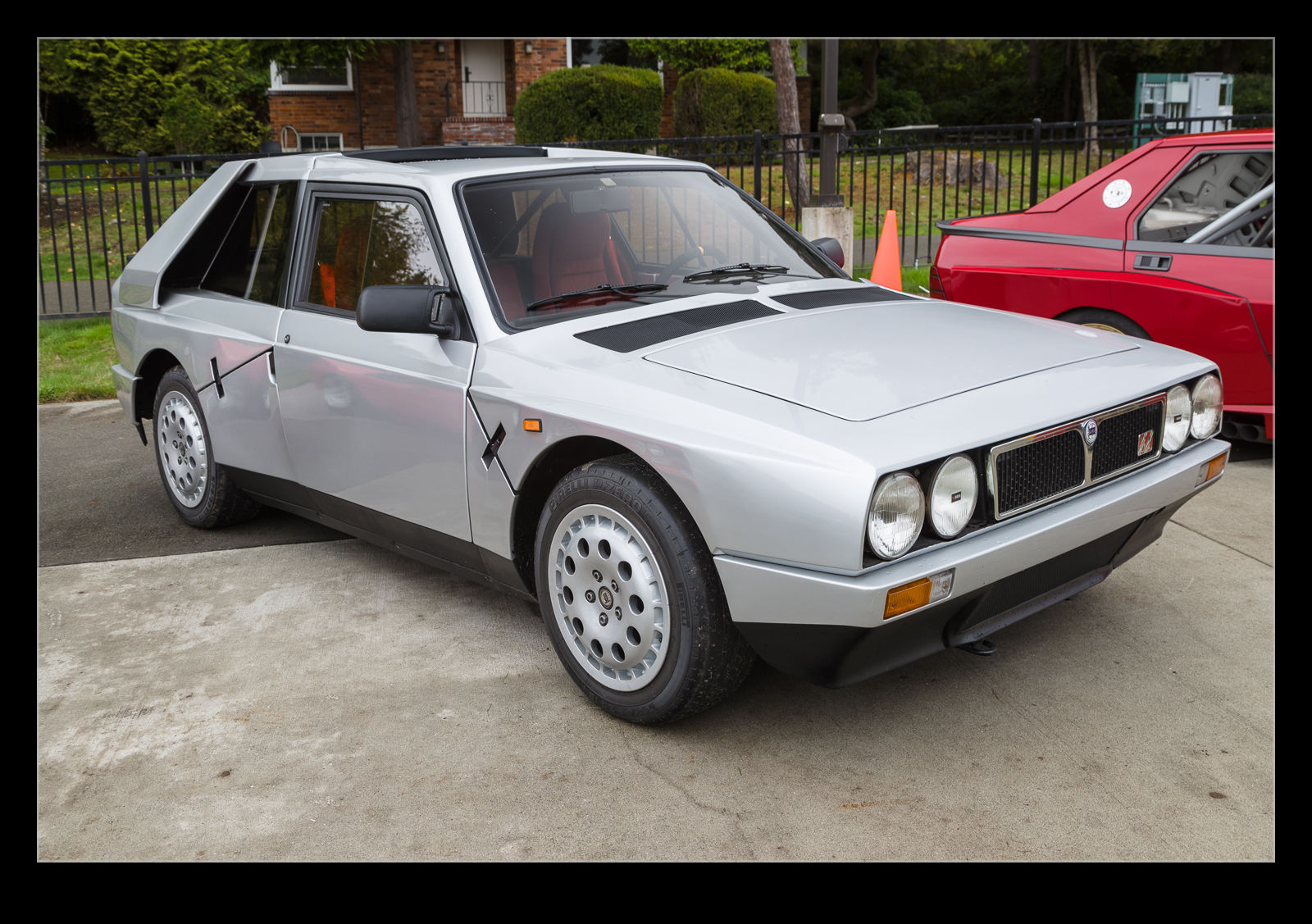 A while back I posted some shots of a Lancia Delta Integrale.  The Integrale was the road homologous on version of the rally car that came about when the Group B rally cars were closed out.  However, the Group B cars were the really crazy ones.  The S4 was the Lancia that competed in Group B.  It replaced the Lancia 037 and, at Chateau Ste. Michelle, the two were on show together.  Both were road versions for homologous on but they were both beasts. 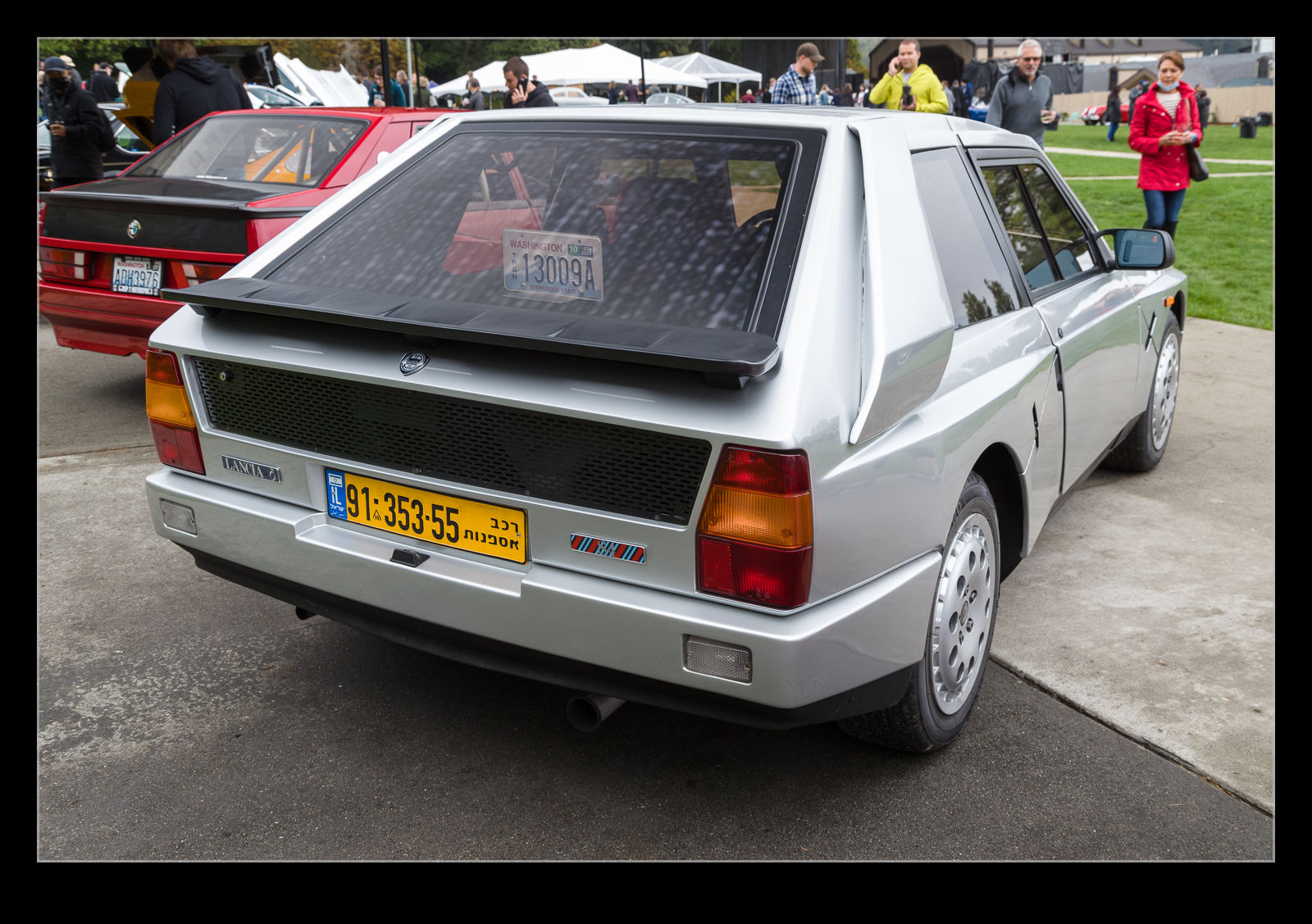 The S4 was the pinnacle of crazy rally cars.  A huge engine and four wheel drive in what was really not a road car.  They built some to meet the rules and this was one of them.  It was surprisingly nicely finished on the interior given what type of car it was.  However, the way in which the body looked like it was different pieces bolted together made you know this was not a car designed for consumers.  I was designed with a single purpose in mind.  However, it looked like it could eat anything else on the road.  What as absolute monster. 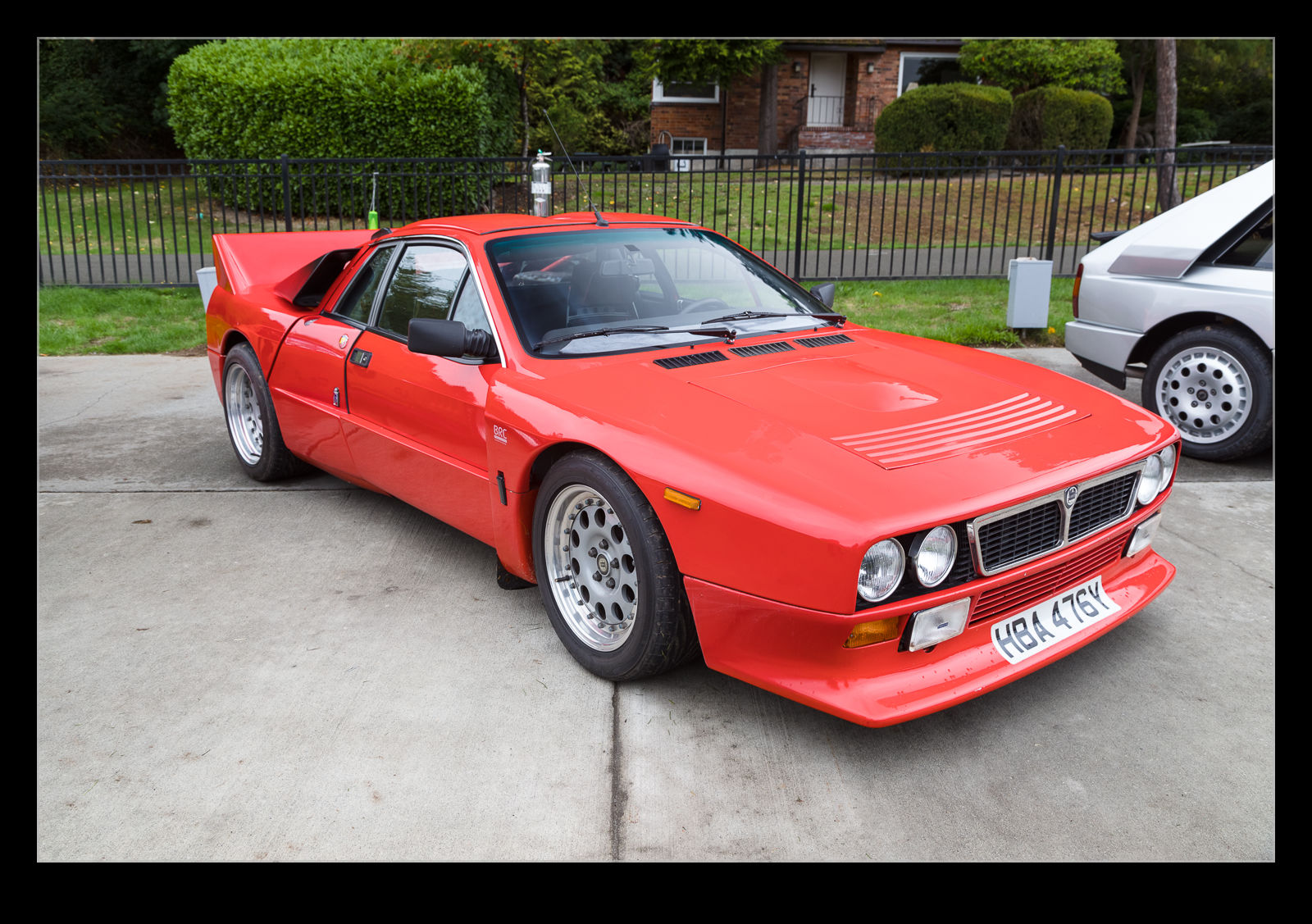